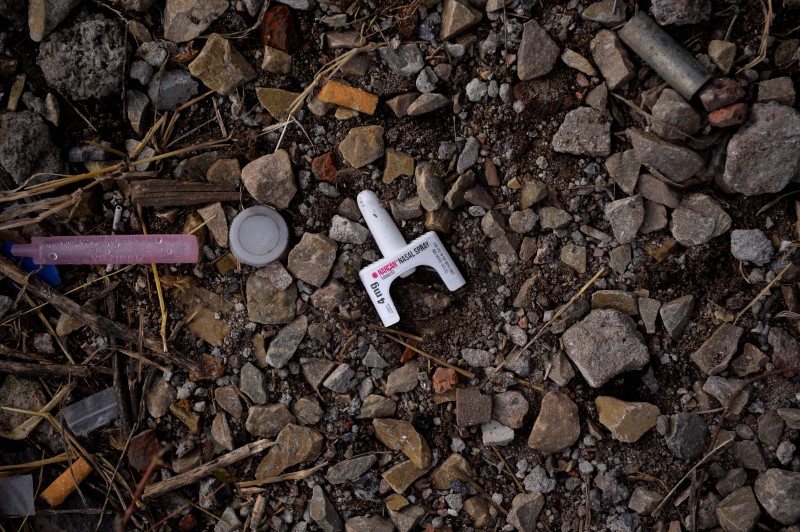 NEW YORK (Reuters) – Life expectancy in the United States dipped in 2016 as the number of deaths due to opioid drug overdoses surged and total drug overdose deaths rose 21 percent to 63,600, the U.S. Centers for Disease Control and Prevention said on Thursday.

In 2016, 42,249 people died from opioid-related overdoses, up 28 percent from 2015, while the number of deaths from synthetic opioids other than methadone, such as fentanyl and tramadol, more than doubled to 19,413, the CDC said.

The 2016 rate of overdose deaths was up across all age groups but was highest rate among people aged 25 to 54.

West Virginia, Ohio, New Hampshire, the District of Columbia and Pennsylvania had the highest age-adjusted drug overdose death rates in 2016.

The number of drug overdose deaths involving natural and semisynthetic opioids, which include drugs like oxycodone and hydrocodone, was 14,487 in 2016.

As the U.S. opioid addiction epidemic has worsened, many state attorneys general have sued makers of these drugs as they investigate whether manufacturers and distributors engaged in unlawful marketing behavior.

President Donald Trump in October declared the opioid crisis a public health emergency, which senior administration officials said would redirect federal resources and loosen regulations to combat abuse of the drugs. However, he stopped short of declaring a national emergency he had promised months before, which would have freed up more federal money.