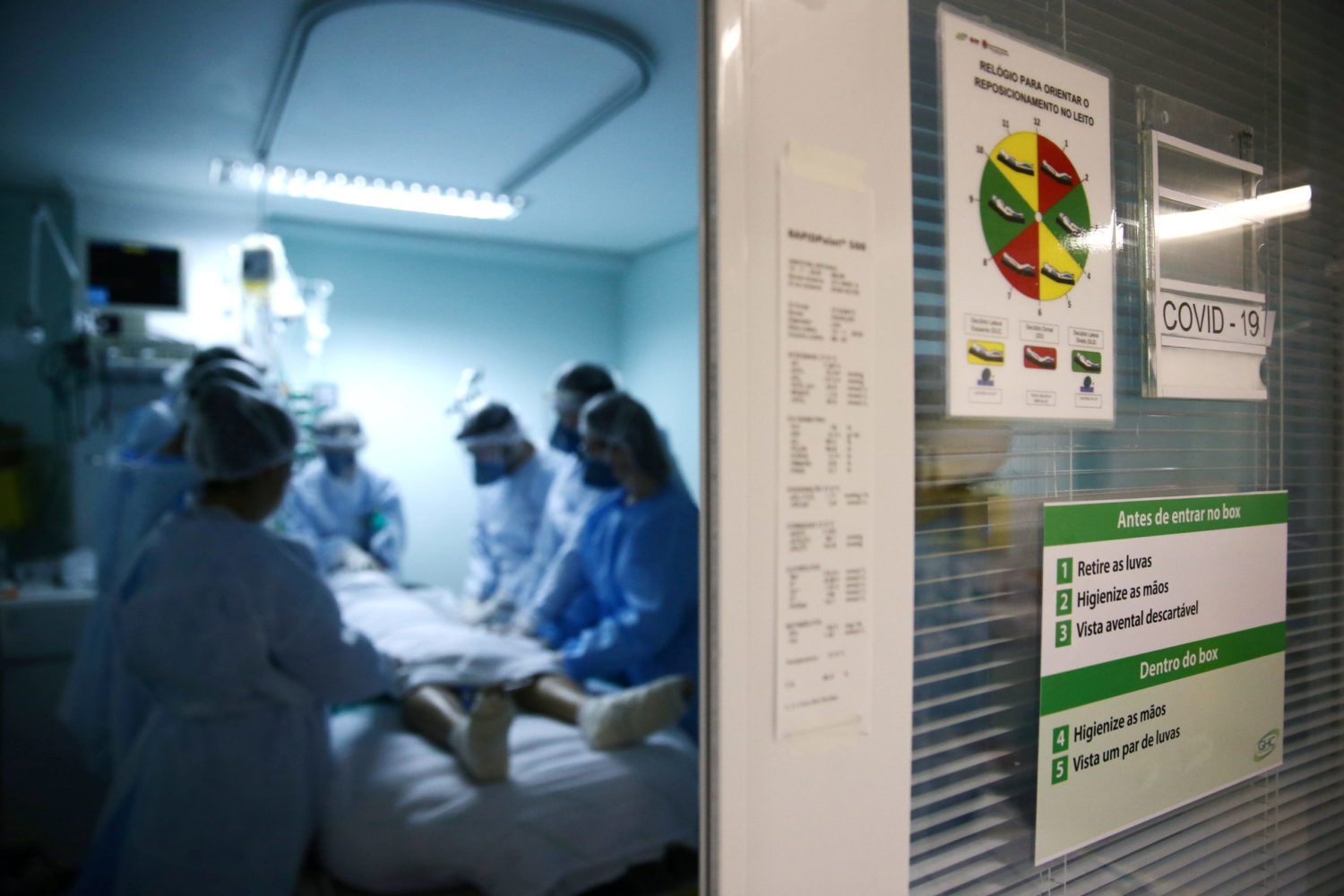 BRASILIA (Reuters) – COVID-19 infections continue to spread fast across the Americas as a result of relaxed prevention measures and intensive care units are filling up with younger people, the director of the Pan American Health Organization (PAHO) Carissa Etienne said on Wednesday.

Hospitalization rates among those under 39 years have increased by more than 70% in Chile and in some areas of the United States more people in their 20’s are now being hospitalized for COVID-19 than people in their 70’s. 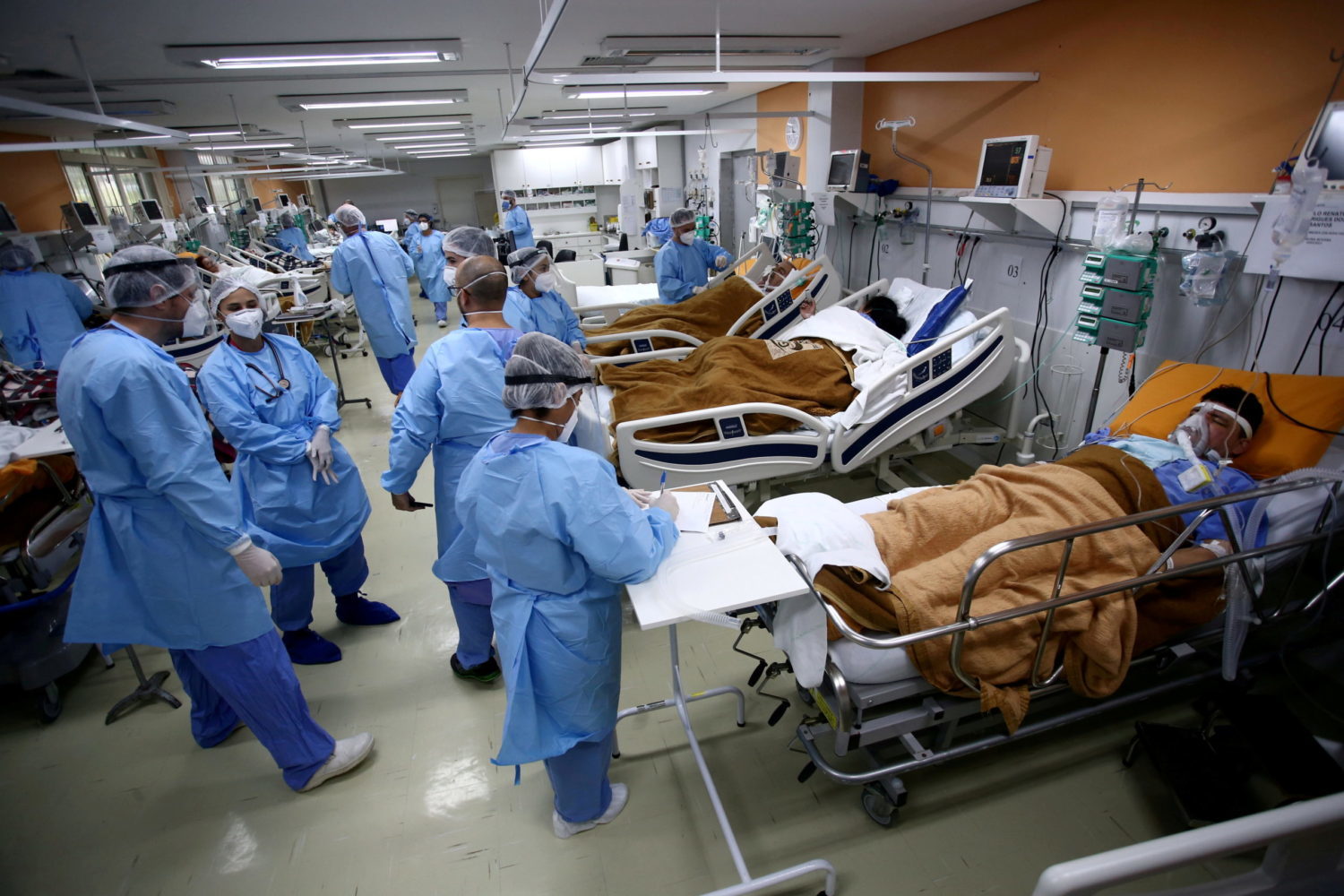 MEXICO CITY/BUENOS AIRES (Reuters) -The COVID-19 pandemic is accelerating, which is why equitable access to vaccines and effective preventive measures are crucial to helping turn the tide, the head of the Pan American Health Organization (PAHO) said on Wednesday.

“Our region is still under the grip of this pandemic … in several countries of South America the pandemic in the first four months of this year was worse than what we faced in 2020,” PAHO Director Carissa Etienne said in a briefing.

“This shows that we will only overcome this pandemic with a combination of rapid and equitable vaccine access and effective preventive measures. This pandemic is not only not over, it is accelerating,” she added.

Over the past week more than 1.4 million people became infected with COVID-19 in the region and over 36,000 died from complications related to the disease, meaning that one in four coronavirus deaths reported worldwide last week were in the Americas.

Etienne pointed to Canada’s infection rates, which surpassed U.S. figures for the first time since the start of the pandemic; surging cases across the Caribbean and Central America, underscoring the expectation of more hospitalizations in Costa Rica as the country reported a 50% jump in cases in the last week; and spiking infections across South America.

The PAHO director urged countries with extra vaccine doses to consider donating them to counties in need in the Americas, saying that considering the increased incidence of COVID-19 variants of concern, time was of the essence.

PAHO serves as the Regional Office for the Americas of the World Health Organization. 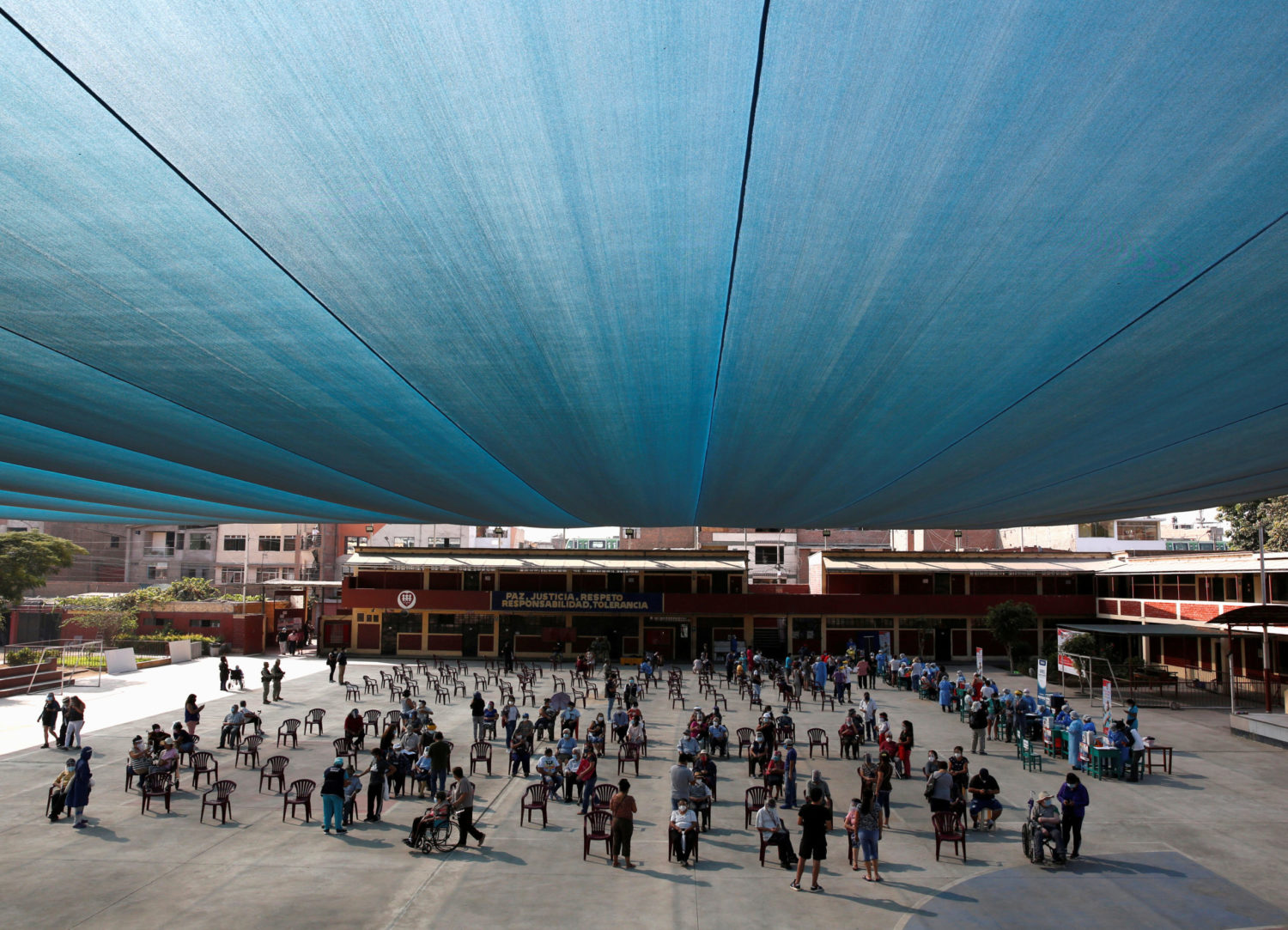 BOGOTA (Reuters) – South America is now the most worrying region for COVID-19 infections, as cases mount in nearly every country, the director of the Pan American Health Organization (PAHO) said on Wednesday.

“Nowhere are infections as worrisome as in South America,” Director Carissa Etienne said during a weekly news conference.

Brazil has seen the most merciless surge. Scientists forecast it will soon surpass the worst of a record January wave in the United States, with daily fatalities climbing above 4,000 on Tuesday.

“The situation in Brazil is concerning countrywide,” said COVID-19 incident director Sylvain Aldighieri. “Our concern at the moment is also for the Brazilian citizens themselves in this context of health services that are overwhelmed.”

Brazil needs access to more COVID-19 vaccines now and should be able to receive them through global partnerships, Aldighieri said.

PAHO can expand its help to Brazilian states if requested, he said, adding it is already aiding with virus genetic sequencing, procuring oxygen and coronavirus testing.

Intensive care units are nearing capacity in Peru and Ecuador, and in parts of Bolivia and Colombia cases have doubled in the last week, Etienne said, adding that the southern cone is also experiencing an acceleration in cases.

The United States, Brazil and Argentina are among the 10 countries seeing the highest number of new infections globally, she added.

The Americas recorded more than 1.3 million new coronavirus cases and over 37,000 deaths last week, Etienne said, more than half of all deaths reported globally.

More than 210 million vaccine doses have been administered across the Americas, Etienne said.

Bolivia, Nicaragua and Haiti may be affected by Serum Institute of India vaccine shipment delays, said sub-director Jarbas Barbosa, but the World Health Organization is appealing to the Indian government to ensure shipment agreements. 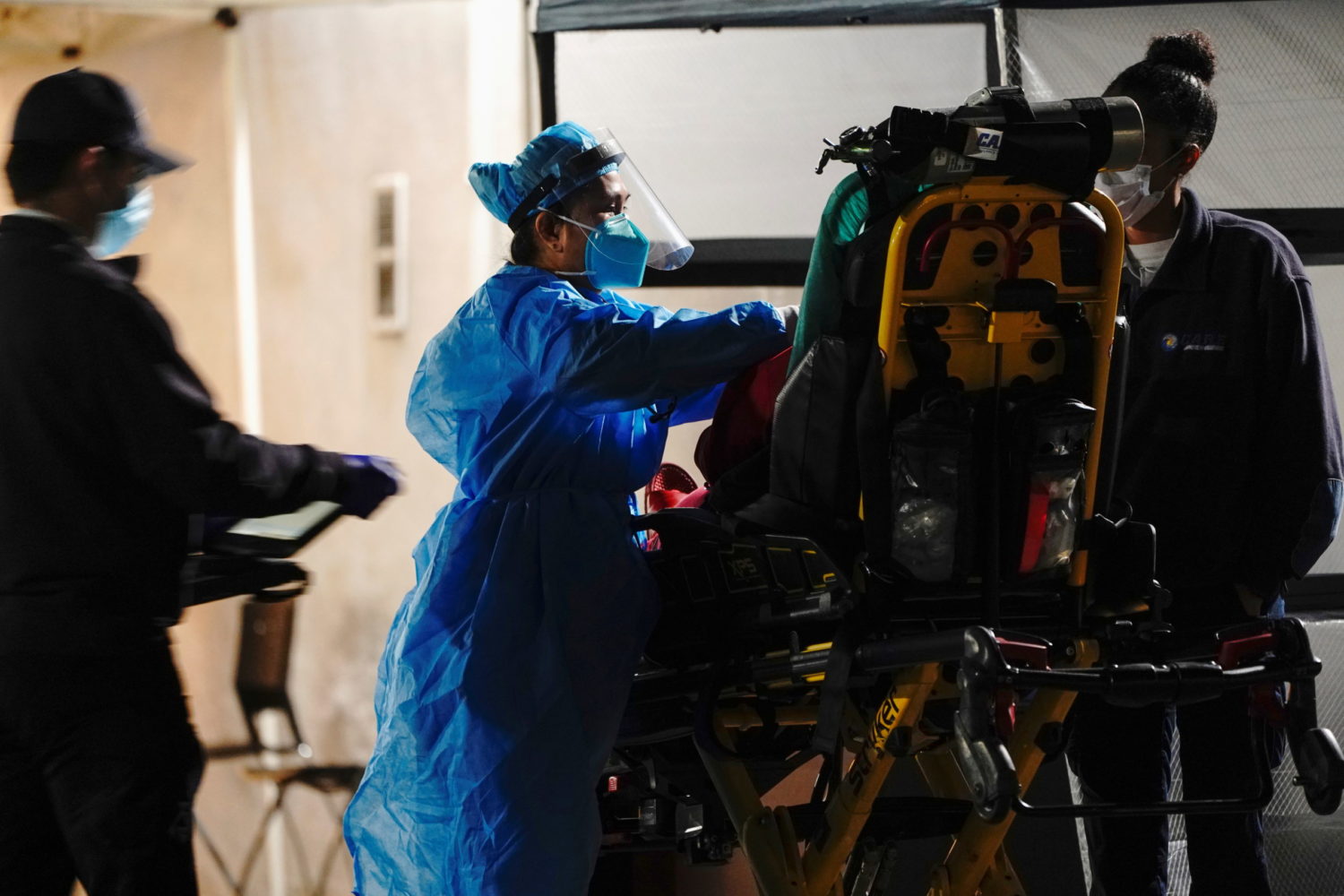 BRASILIA (Reuters) – COVID-19 infections are finally decreasing in the United States and Canada after weeks of unrelenting rise, but in Mexico cases and deaths continue to increase, particularly in states that drew tourism in the holiday season, the Pan American Health Organization said on Wednesday.

In South America, Colombia reported the highest incidence of cases, followed by Brazil, where the city of Manaus is still seeing exponential increases in both cases and deaths, PAHO director Carissa Etienne said. Three new variants have been detected in 20 countries of the Americas, though their frequency is still limited, she said in a briefing. 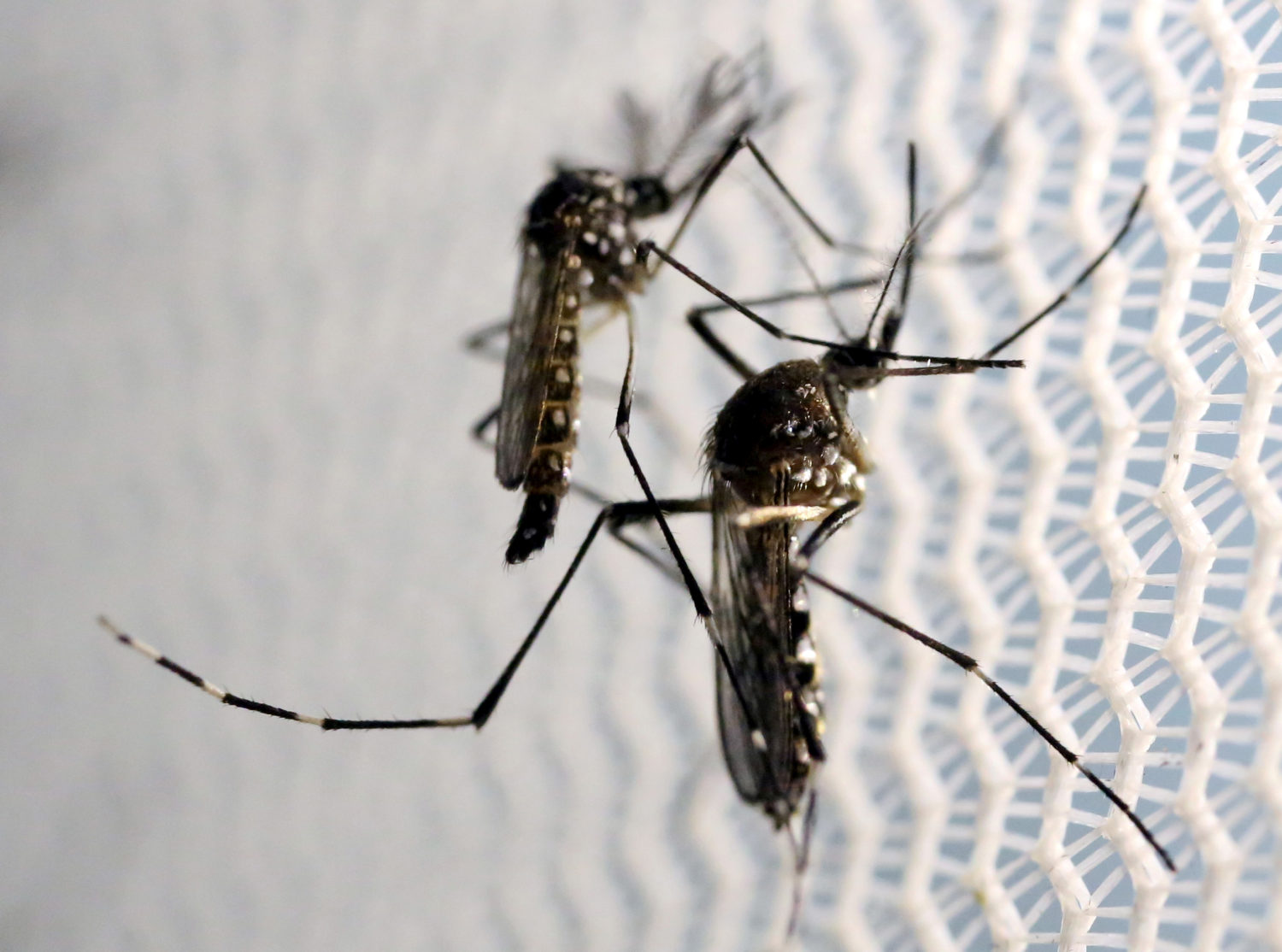 BOGOTA (Reuters) – As the coronavirus kills thousands and dominates government attention across Latin America, another deadly viral infection is quietly stalking the region.

Dengue – colloquially called breakbone fever for the severe joint pain it causes – is endemic in much of Latin America, but COVID-19’s arrival has pulled crucial attention and resources away from the fight against it, doctors and officials say.

The Pan-American Health Organization (PAHO) expects 2020 to be marked by high rates of dengue, which can fill intensive care units and kill patients even absent the pressures of COVID-19, the respiratory disease caused by the novel coronavirus.

Around the world, COVID-19 has affected other diseases in different ways. Though in Europe measures to stop the coronavirus have banished seasonal flu, in Africa border closures have stopped transportation of measles vaccines and other supplies.

In Latin America, a dengue epidemic that started in late 2018 is still being felt. Dengue infections in the Americas surged to an all-time high of 3.1 million in 2019, with over 1,500 deaths in Latin America and the Caribbean, according to the PAHO.

Cases of the disease should begin to decline in the second half of the year, the organization said.

And with four strains of dengue in circulation, people may catch it more than once, with second cases more likely to be severe.

“COVID is the star right now, so all of the attention is being put on COVID, but there are still problems with dengue,” said Doctor Jaime Gomez, who works at a hospital in Floridablanca, in Colombia’s Santander province.

Although dengue is not usually fatal and can be treated with painkillers, some sufferers deal with persistent symptoms like fatigue, weight loss, and depression that affect their ability to work. Severe dengue is treated with intravenous fluids and those who do not get tested are at risk of dangerous complications.

Such medical intervention cannot be given if patients stay home, worried about contracting the coronavirus, or if overcrowded hospitals have to turn them away.

With relatively few cases of COVID-19 in the province where he works, Gomez said his clinic had seen hospitalizations fall by half, as people were fearful of venturing outdoors.

Paraguayan lawyer Sonia Fernandez avoided seeking care when she and her two daughters, ages 11 and 8, got sick with dengue at the beginning of April.

“All three of us had dengue, we had all the symptoms, the pain, the rash, but we didn’t go to a clinic or a health center so as not to expose ourselves (to COVID-19),” Fernandez said.

All three have since recovered.

In Ecuador, where the coronavirus outbreak has hit hard and hospitals in the largest city of Guayaquil been overwhelmed, an apparent fall in the number of dengue cases could mask other issues.

According to Ecuador’s health ministry, dengue cases peaked at 888 in the week ending March 14, two weeks after the country confirmed its first case of COVID-19. For the week of April 4, they fell to 257.

“Cases haven’t decreased, the diagnosis of cases has decreased, which confirms the system has totally collapsed,” he added.

Ecuador’s health ministry said in a statement that the country was no more exposed to the double impact of COVID-19 and dengue than any other in the region, adding it has sufficient supplies to treat cases of the mosquito-borne disease.

Dengue has also spiked sharply in Central America. Cases in Costa Rica nearly tripled through May 1 compared with a year ago, to over 2,000.

“We are going through a difficult moment dealing with COVID-19 but unfortunately other diseases continue their cycle,” Rodrigo Marin, director of Costa Rica’s health surveillance agency, recently told journalists.

In Panama, where dengue has caused at least two deaths this year, Panama City health official Yamileth Lopez also sounded the alarm in an interview with Reuters.

“Dengue kills too,” she said.