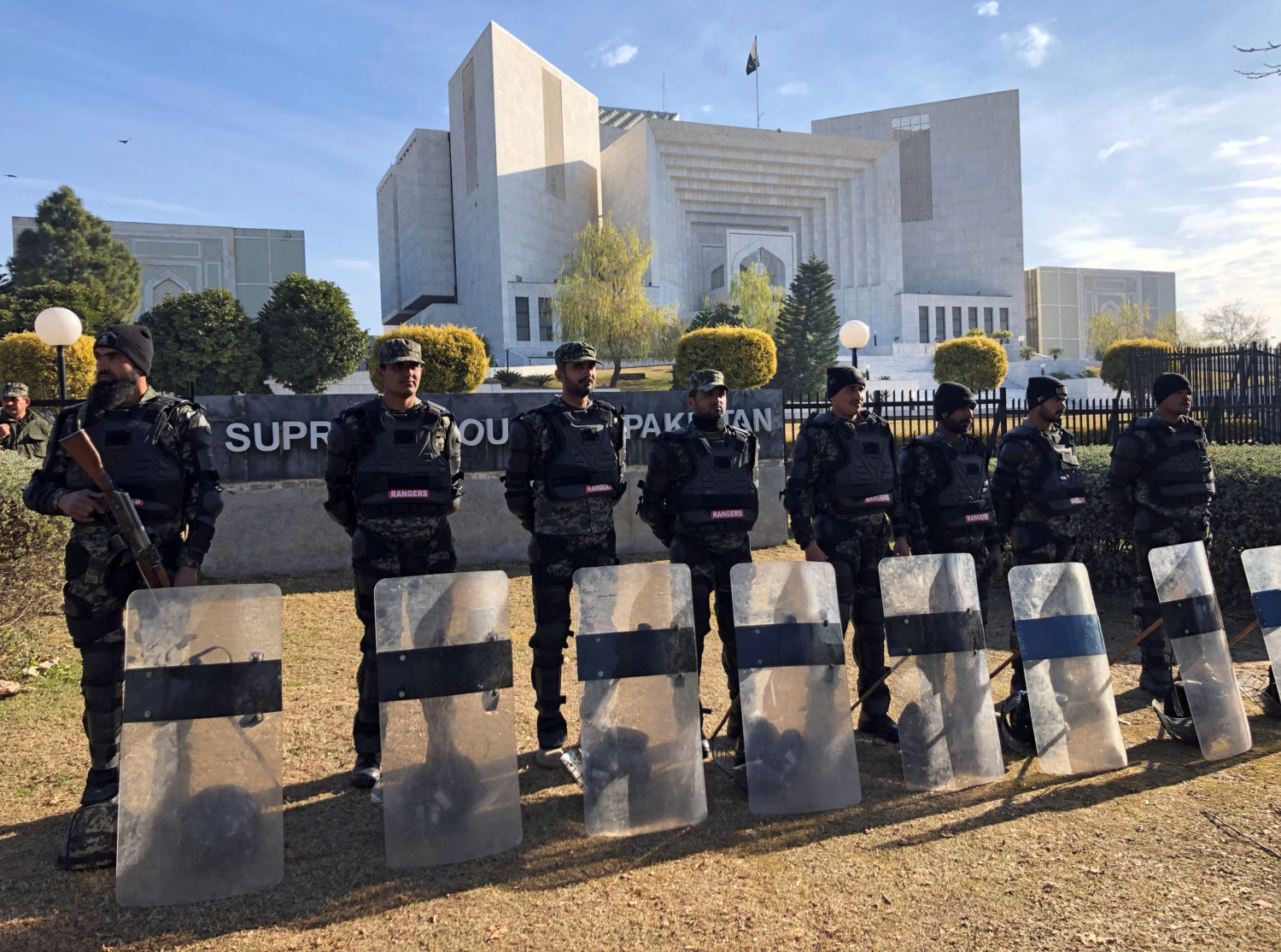 Asif Pervaiz, a garment factory worker, had been accused by his supervisor of sending derogatory remarks about the Muslim Prophet Muhammad to him in a text message.

Pervais was convicted after a trial in Lahore that ran since 2013. His lawyer Saif-ul-Malook told Reuters he would appeal the sentence.

The court order, seen by Reuters, said Pervaiz would first serve a three-year prison term for “misusing” his phone to send the derogatory text message. Then “he shall be hanged by his neck till his death.”

Pervaiz told the court his supervisor made the accusation only after he had refused to convert to Islam, Saif-ul-Malook said. The complainant’s lawyer, Murtaza Chaudhry, denied this was the case.

Human rights groups say blasphemy laws are often misused to persecute minorities or even against Muslims to settle personal rivalries. Islamist extremism has been on the rise in Pakistan and such accusations can end up in lynchings or street vigilantism.

A U.S. citizen of Pakistani origin on a blasphemy trial in the northwestern city of Peshawar in July was shot dead in the courtroom by a teenager who told bystanders he killed him for insulting the Prophet Muhammad.

Since his arrest, the alleged shooter has been glorified as a “holy warrior” by supporters in Pakistan and thousands of Islamists have rallied to demand his release. 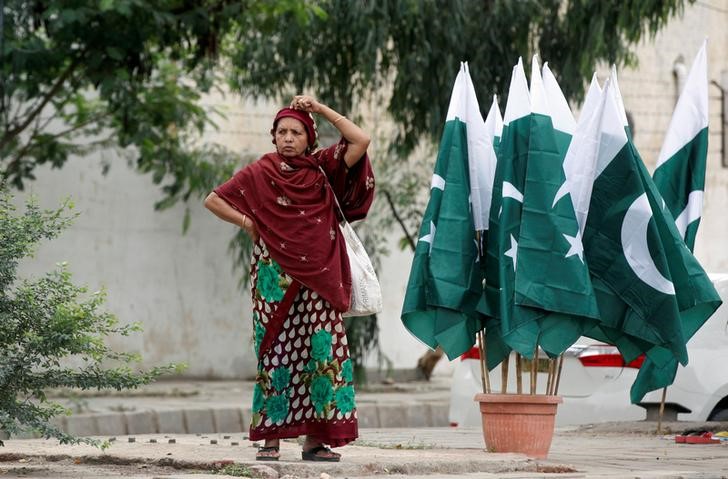 ISLAMABAD (Reuters) – A Pakistani court ruled on Friday that all citizens must declare their religion when applying for identity documents, a move human rights advocates say is another blow for the country’s persecuted minority communities.

The ruling will pile further pressure on the Ahmadi community, who are not allowed to call themselves Muslim or use Islamic symbols in their religious practices, a crime punishable under Pakistan’s blasphemy laws.

The Islamabad High Court ruled that citizens who disguised their religious affiliation were guilty of betraying the state and ordered that anyone applying for government jobs should declare their faith.

“The Government of Pakistan shall take special measure ensuring availability of correct particulars of all the citizens,” Justice Shaukat Aziz Siddiqui said in the judgment.

“It should not be possible for any citizen to hide his/her real identity and recognition.”

If no appeal is launched, the court’s directives will have to be followed.

The vast majority of Pakistan’s 208 million people are Muslims, with minorities accounting for about 3 percent of the population, according to a 1998 census.

The Ahmadi community has been a target of mob violence and attacks since legislation categorized the sect as non-Muslim in 1974 and have been vilified as blasphemers by leaders of new ultra-religious political party Tehreek-e-Labaik Pakistan.

The judge “is not only attacking everybody’s religious freedom in Pakistan but he is also focusing on one particular sect, which is the Ahmadis,” said Human Rights Watch representative Saroop Ijaz.

“A judgment like this would enable and incite violence.”

The order was issued as a result of a petition brought forward by Tehreek-e-Labaik in connection with a change in wording to an electoral law. The amendment sought to replace a religious oath with a simple declaration, which Tehreek-e-Labaik said was blasphemy.

The government blamed the change on a clerical error and swiftly restored the original format.

Last year, Tehreek-e-Labaik shut down the nation’s capital for nearly three weeks with protests against the change.

Seven people were killed and nearly 200 wounded in a failed police bid to disperse protesters, leading the government to give way to their demand that a minister accused of blasphemy resign.

Insulting the Prophet Mohammad is punishable by death in Pakistan and even a rumor of blasphemy can spark mob violence.

“All his (the judge’s) specific instructions are about ensuring and finding out who is an Ahmadi,” human rights lawyer Jibran Nasir told Reuters, adding that the order would automatically provide the government with specific lists about who belongs to which minority group.

“Every day they are being institutionally reminded that they are a minority,” he added. “It is a bigoted order.”

Pakistan’s minority Shi’ite Muslims regularly come under attack by Islamist groups. Members of its small Hindu and Christian communities have also sometimes been accused of blasphemy.