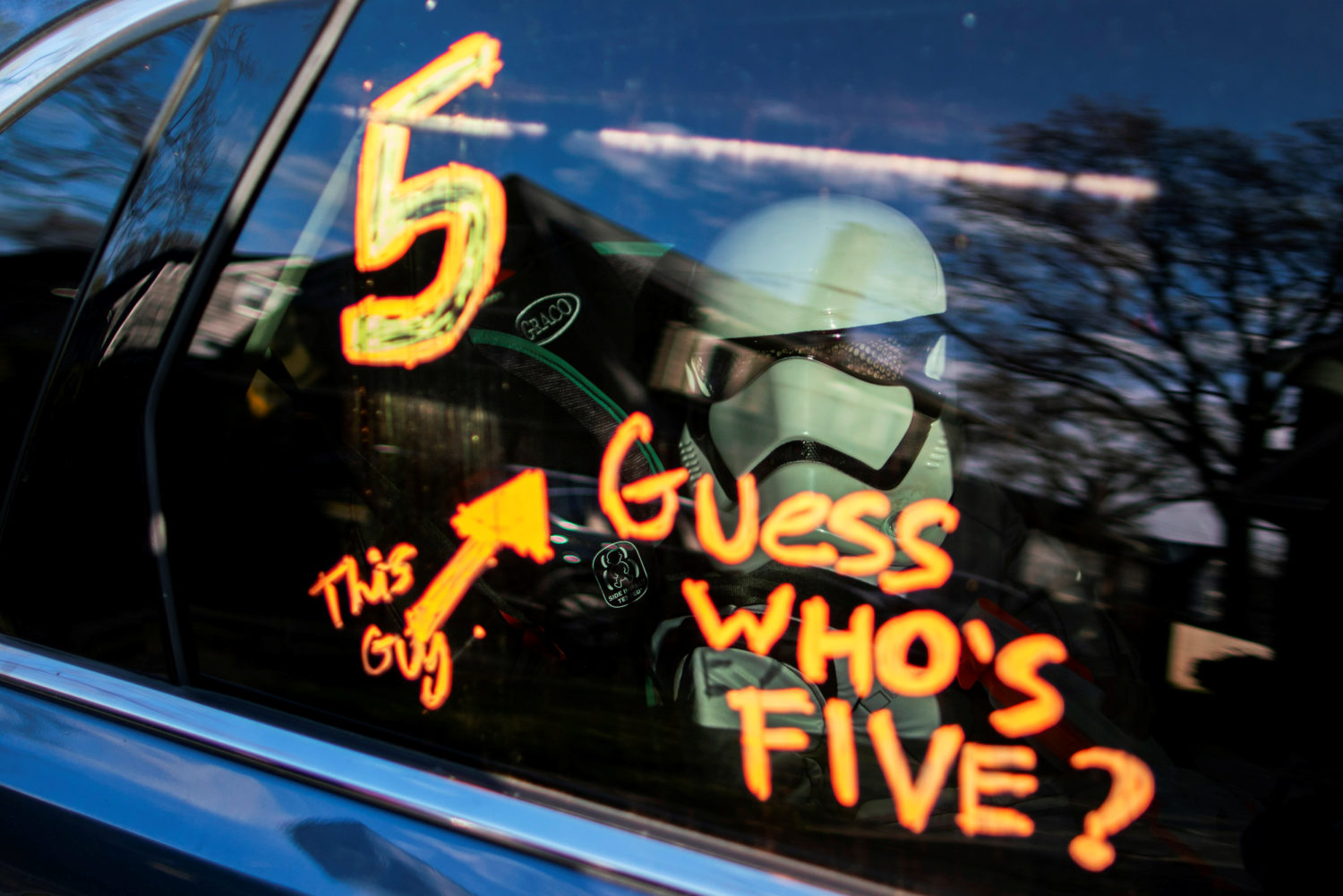 SOUTH ORANGE, N.J. (Reuters) – Reuben Goodman’s parents had to think fast and get creative when the COVID-19 pandemic scuppered their plans to throw a New Jersey bowling party to celebrate their son’s fifth birthday.

Emily and Dan Goodman instead decided to combine a variety of coronavirus-safe activities for their son, an avid Star Wars fan. The day includes a social-distancing treasure hunt of sorts; dancing in the streets in his Storm Trooper costume, with friends kept at a contagion-proof distance; and a virtual Zoom party featuring treats delivered to the homes of Reuben’s playmates and left outside their front doors. 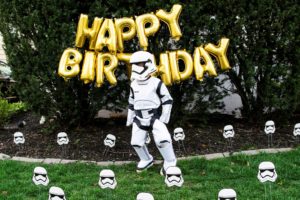 Reuben Goodman dressed as Star War Trooper dances outside of his house on his 5th birthday party during the outbreak of the coronavirus disease (COVID-19) in South Orange, New Jersey U.S., April 14, 2020. REUTERS/Eduardo Munoz

Their aim was to make their pre-schooler feel like the center of the universe on his special day, even though he was unable to have a traditional party this year.

“Parents are trying very hard to create positive birthday memories,” said Emily Goodman, a communications executive who has been working at home in self-quarantine since mid-March under orders of her office in New Jersey. “He knows we can’t be close to our friends because of the invisible germs.”

The Goodmans are not the only Americans who have had to adapt to restrictions on social life in the wake of the pandemic, which has forced the cancellation of traditional birthday bashes for both young and old.

U.S. deaths from the novel coronavirus have topped 25,400, doubling in one week, according to a Reuters tally, as officials debate how to reopen the economy without reigniting the outbreak.

Despite the outbreak, Americans are still finding ways to have fun. In many small towns across the country, local police and fire departments are staging parades in front of children’s’ homes on their birthdays, complete with flashing lights and sirens.

Friends and families are using Zoom video conferencing to throw virtual parties, featuring renditions of “Happy Birthday,” a song that has become a coronavirus anthem. (Health experts say a thorough hand-washing takes 20 seconds, about the time it takes to sing “Happy Birthday” twice.)

In San Diego, California, when a former U.S. Marine couldn’t go anywhere for her 104th birthday, her friends brought the party to her front lawn.

“Well, I can’t believe it. It’s amazing,” Ruth Gallivan gasped, as honking cars festooned with birthday decorations drove by at a safe distance.

Anxiety around birthdays is spiking for children struggling with the concept of social distancing, Anthony Field, founder of the Wiggles, a popular Australian musical act, told Reuters in an email.

“Parents have told us their child is worried that if no one can come to their party, ‘Does it mean (I) still turn 4?'” said Field, better known as the Blue Wiggle.

In a new “Social Distancing” song, with more than 540,000 views since it went online March 29, the Wiggles assure fans that a video party counts as a genuine celebration, Field said.

In New Jersey, Reuben’s mother invited more than 20 neighbors to post drawings of Star Wars heroes and villains in their front windows, where her son could see them during a social-distancing walk on Tuesday, his fifth birthday.

Neighbors young and old agreed to dress up in futuristic costumes and join Reuben, wearing a new Storm Trooper outfit, as he danced on his front lawn. Adults would make sure everyone stayed at least the recommended six feet apart from one another.

Later, his friends were set to join him in a Zoom party that would feature a children’s musician strumming “Happy Birthday” and enjoy party goodie bags with toys that Reuben ordered from a local store and custom Star Wars cookies ordered from a local bakery. Reuben’s mother, wearing a face bandana and disposable gloves, planned to drop them off at his friends’ front doors, wiping down each one with disinfectant.

Reuben said he had another present for all the party-goers, who are presumably as tired of being separated from friends as he was. His special treat? “To look at me,” he said. 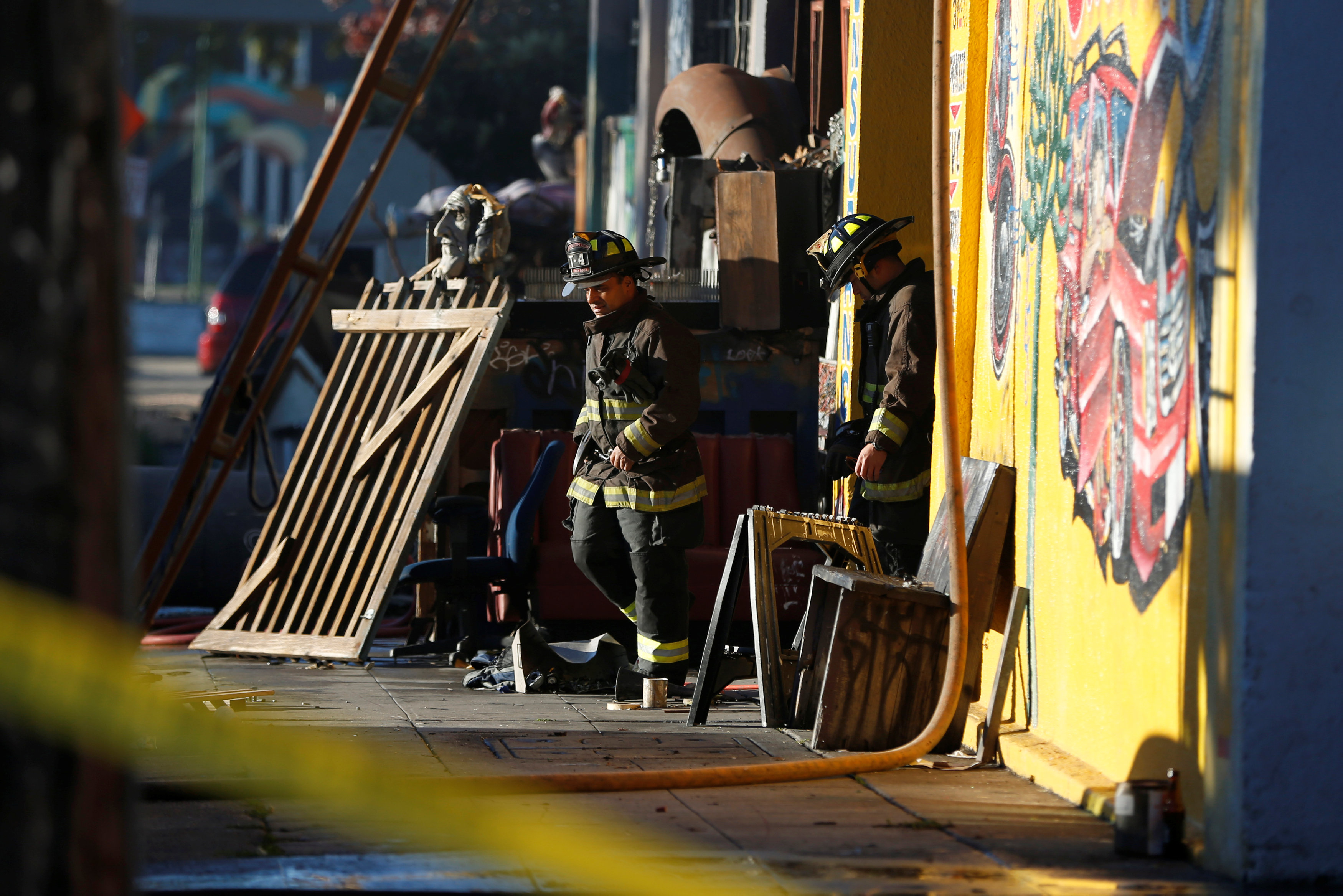 OAKLAND, Calif. (Reuters) – At least nine people were dead and about 25 were unaccounted for after a massive fire broke out during a late-night party in a warehouse in Oakland, California, the city’s fire chief said on Saturday.

Fire officials were still trying to determine how the blaze started at about 11:30 p.m. on Friday, said Chief Teresa Deloach-Reed.

The roof of the two-story warehouse in the city’s Fruitvale district collapsed during the fire, complicating efforts to recover bodies, she told a press briefing.

Officials did not know if any of the 25 missing people were among the nine confirmed victims.

“There is a large majority of that building that has not been searched,” Deloach-Reed said during a press briefing.

“We are hoping that the number nine is what there is and that there are no more,” the fire chief said, referring to the number of known fatalities. 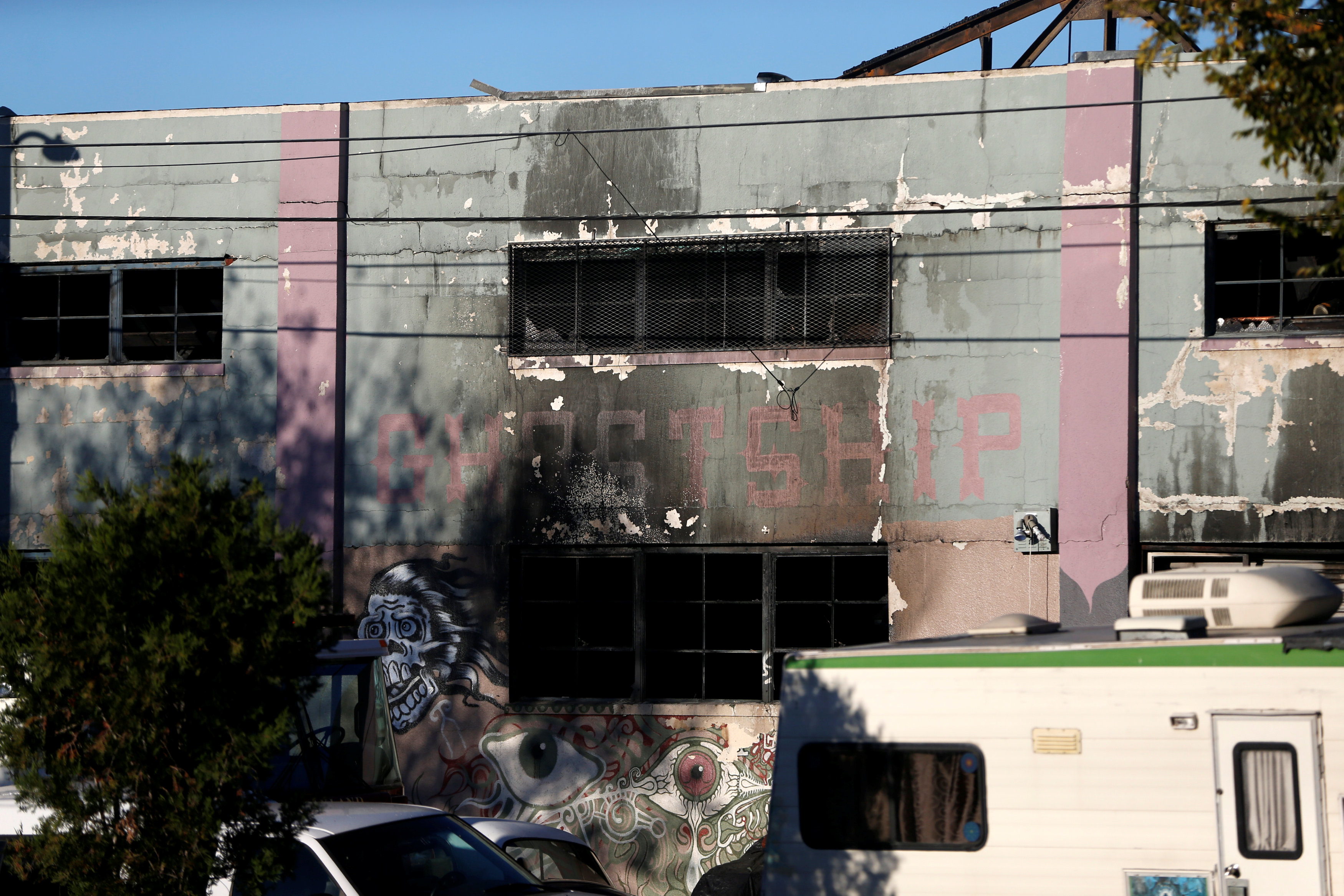 A charred wall is seen outside a warehouse after a fire broke out during an electronic dance party late Friday evening, resulting in at least nine deaths and many unaccounted for in the Fruitvale district of Oakland, California, U.S. December 3, 2016. REUTERS/Stephen Lam

Deloach-Reed said some of those who were missing may have brought themselves to the hospital or elsewhere. She said she did not know how many people were at the party.

The warehouse housed units where people lived and worked – makeshift artist studios carved out with partitions, the fire chief said. “A flea market of items” were inside, she said.

A Facebook event page showed 176 people planned to attend the party, which featured a performance by the electronic music act Golden Donna. The page, which listed 355 others as interested in going, carried posts from people who were either missing or accounted for.

Video footage posted on social media showed the structure engulfed in flames and encircled by fire vehicles pumping water into the building.