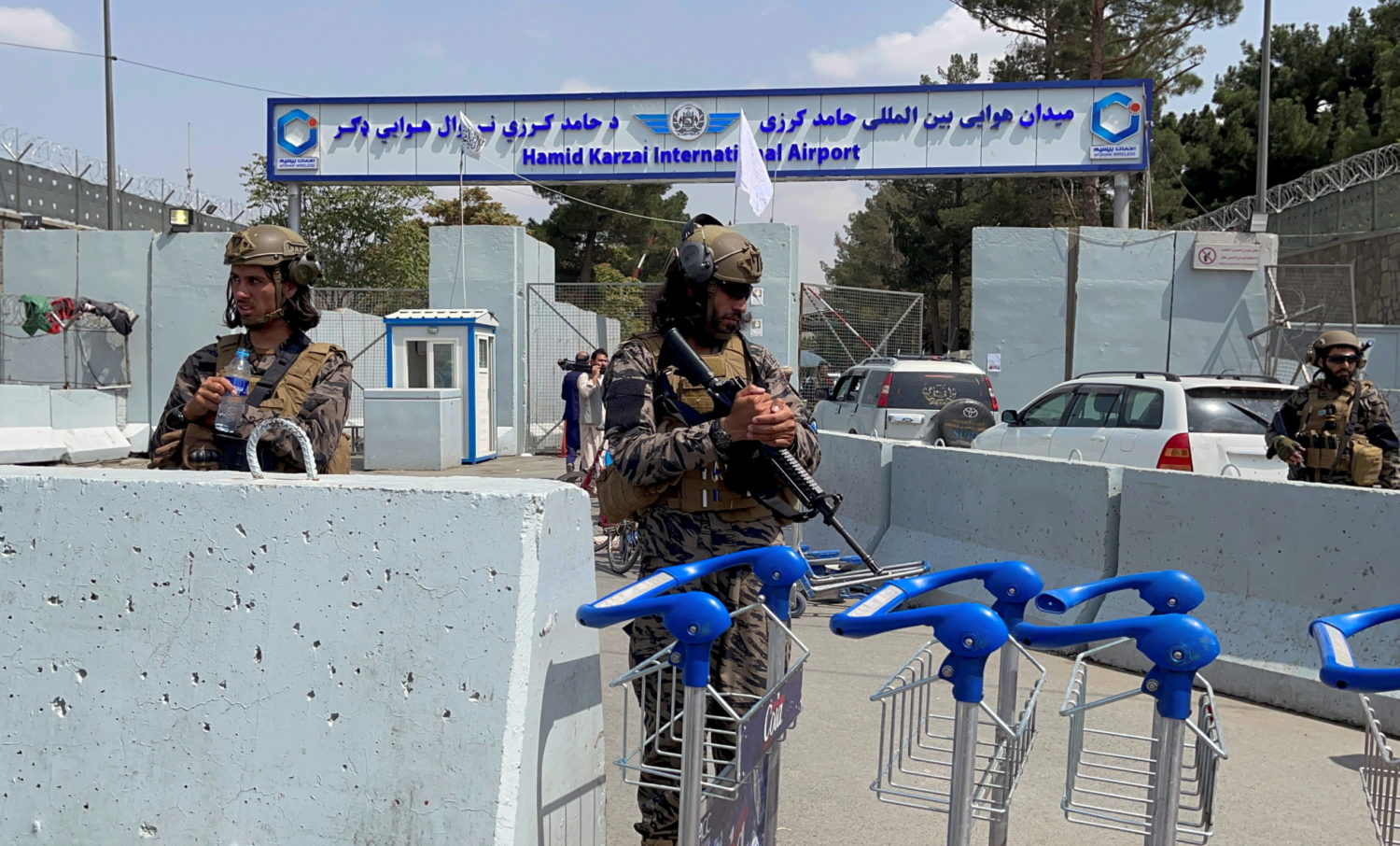 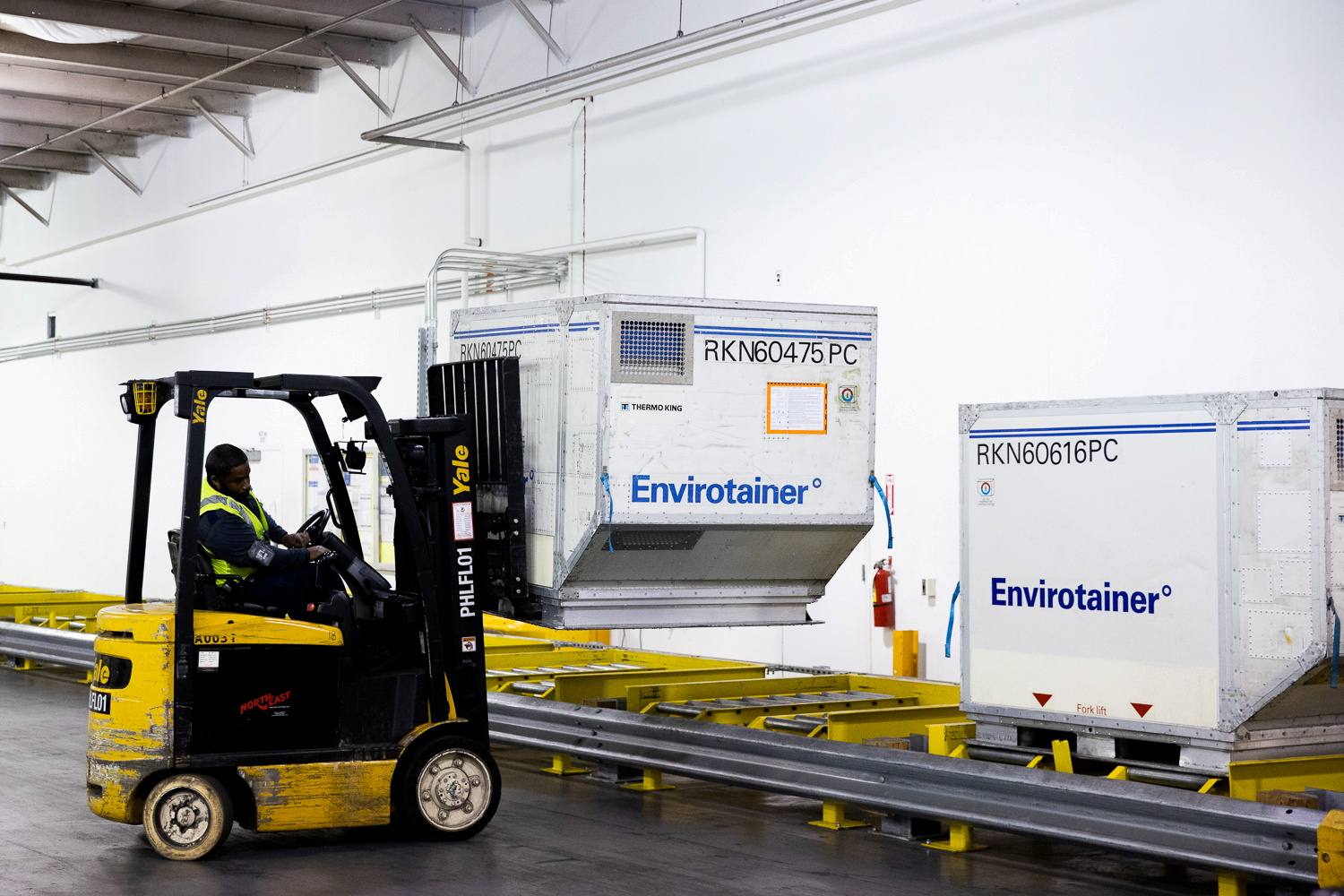 CHICAGO (Reuters) – Major U.S. airlines are preparing for a massive airlift of COVID-19 vaccines that will not only boost their cargo business, but help bring back passenger flights that shut down during the pandemic, executives told Reuters.

Travel demand is hovering around 40% of 2019 levels and will not return to normal until vaccines are widely distributed. In the meantime, the vaccine transportation itself could help airlines bring back parked jets and start reopening routes.

“I think we’re going to reach a point fairly soon as multiple vaccines are approved that most of the planes that are operating are going to be carrying vaccines,” said Roger Samways, vice president of Cargo Sales at American Airlines.

“We’re really looking at what could end up being the largest single airlift in commercial aviation history,” he said.

The vaccine developed by Pfizer Inc. could receive U.S. approval as soon as this week and may soon be followed by another from Moderna Inc.

Commercial planes normally carry around half the world’s air cargo in their bellies, with the remainder hauled in dedicated freighter planes. But a drastic reduction in passenger routes during the pandemic has slashed overall air capacity in the market.

Airlines began operating cargo-only charter flights with essential goods early in the pandemic that have become the main driver of an international business that has otherwise collapsed.

As American prepares to fly vaccines to some 150 locations across 46 countries where it already ships pharmaceuticals, it is hoping to put passengers on some of those flights too, Samways said.

American already turned cargo charters to places like Sao Paolo, Santiago and London into revenue passenger flights earlier this year that would not have been viable given the overall sharp downturn in demand.

“We continue to have those meetings on a weekly basis,” cargo chief Christopher Busch said.

To shorten the run time for vaccines, United is now parking planes right behind its cargo facility in Chicago, rather than at passenger gates, Busch said, and has added refrigerated rooms to meet some of the vaccine requirements.

American said vaccines will be the last to load and the first to come off its planes, and the vaccines will not sit at an airport for more than two hours on either end. The airline has a 25,000-square-foot cargo facility with three temperature zones in Philadelphia, near 14 of the largest 20 pharmaceutical companies.

Delta Air Lines Inc has a 40,000-square-foot, temperature-controlled facility in Atlanta, where it is running a cargo control tower day and night to prepare for vaccine distribution support.

Traditionally, cargo contracts are a triangular arrangement in which manufacturers like Pfizer Inc pay forward freighters like FedEx Corp or United Parcel Service, which in turn pay airlines for any distribution they cannot handle.

For the vaccine rollout, airlines said they expect some direct shipper arrangements with the manufacturers themselves, and enough business for any airline with the capacity and infrastructure to handle it.

Research firm Cowen is estimating $400 million in vaccine cargo revenue in 2021. While the share for airlines is unclear, it will be a welcome boost for a loss-making industry, though not enough to put it in the black without a recovery in passenger traffic.

“We’re still a long, long way away from reaching a financial situation as an industry that we’ll be comfortable with,” Samways said.

(Reporting by Tracy Rucinski in Chicago; Editing by Matthew Lewis)