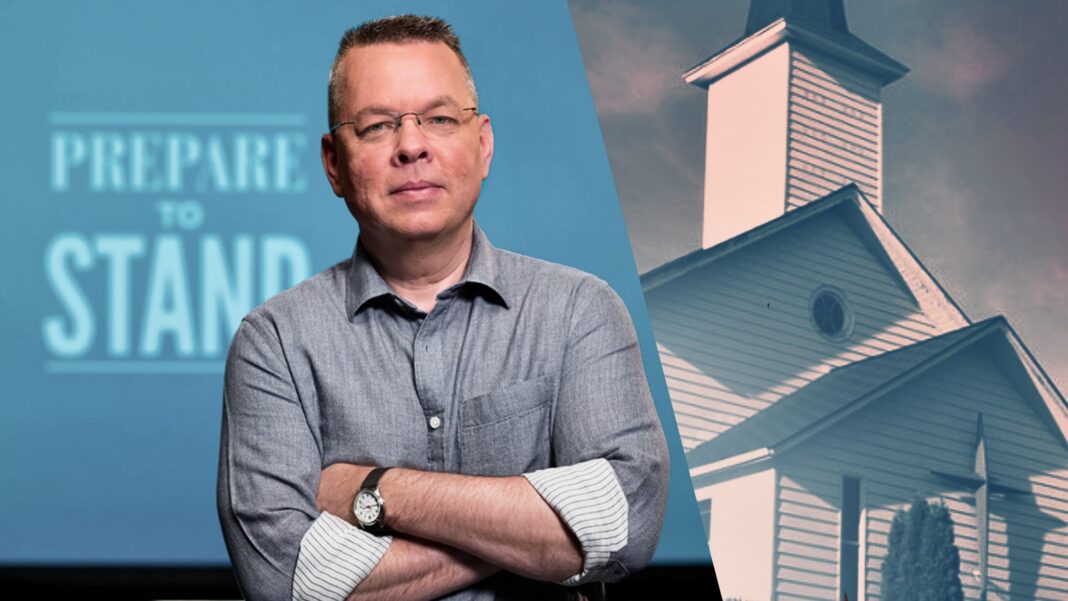 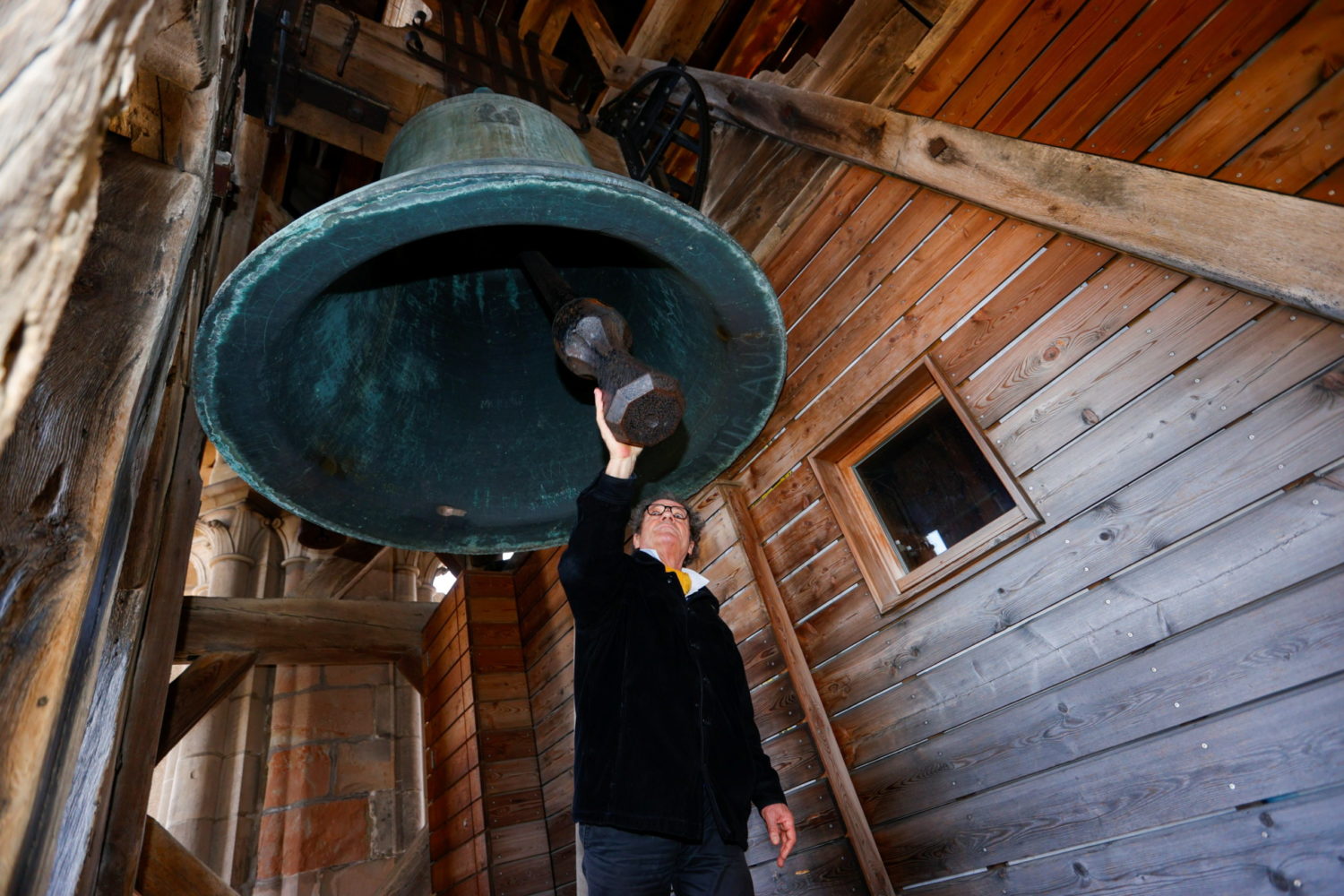 LAUSANNE, Switzerland (Reuters) – Swiss church bells rang out at noon on Friday and people observed a minute of silence to mark a year since the country’s first death from COVID-19.

President Guy Parmelin announced the measure on public television last Sunday, urging citizens to honor the more than 9,300 people who have died from the disease in Switzerland.

At the Notre-Dame cathedral in Lausanne, a French-language Swiss city in the western part of the country, watchman Renato Hausler rang the 16th-century ‘La Clemence’ bell.

In April, as the pandemic set in, Hausler told Reuters he had resumed the practice of climbing the 153 stone steps to its tower to ring the bell at night, to stir residents’ solidarity and courage.

On Friday Hausler said he was ringing the bell to pay tribute and to remind people to keep strong.

“It’s a call for bravery, but it’s especially a call for patience and perseverance, that’s for sure. Because it is not going to end like this, as easily as we would have like or thought,” he said, standing in front of Lausanne’s gothic cathedral which overlooks the city.

Enjoying the view was Lausanne resident and pharmacist Simon Reboh, who was also in a pensive mood.

“It is nice to be able to stop and to think about what is happening. We are grabbed by our daily lives, we don’t have the time to think,” he said.

“That’s why I’m here, in front of a view that allows me to slow down.”

(Reporting by Cecile Mantovani and Denis Balibouse in Lausanne; Writing by Stephanie Nebehay; Editing by Janet Lawrence and Raissa Kasolowsky) 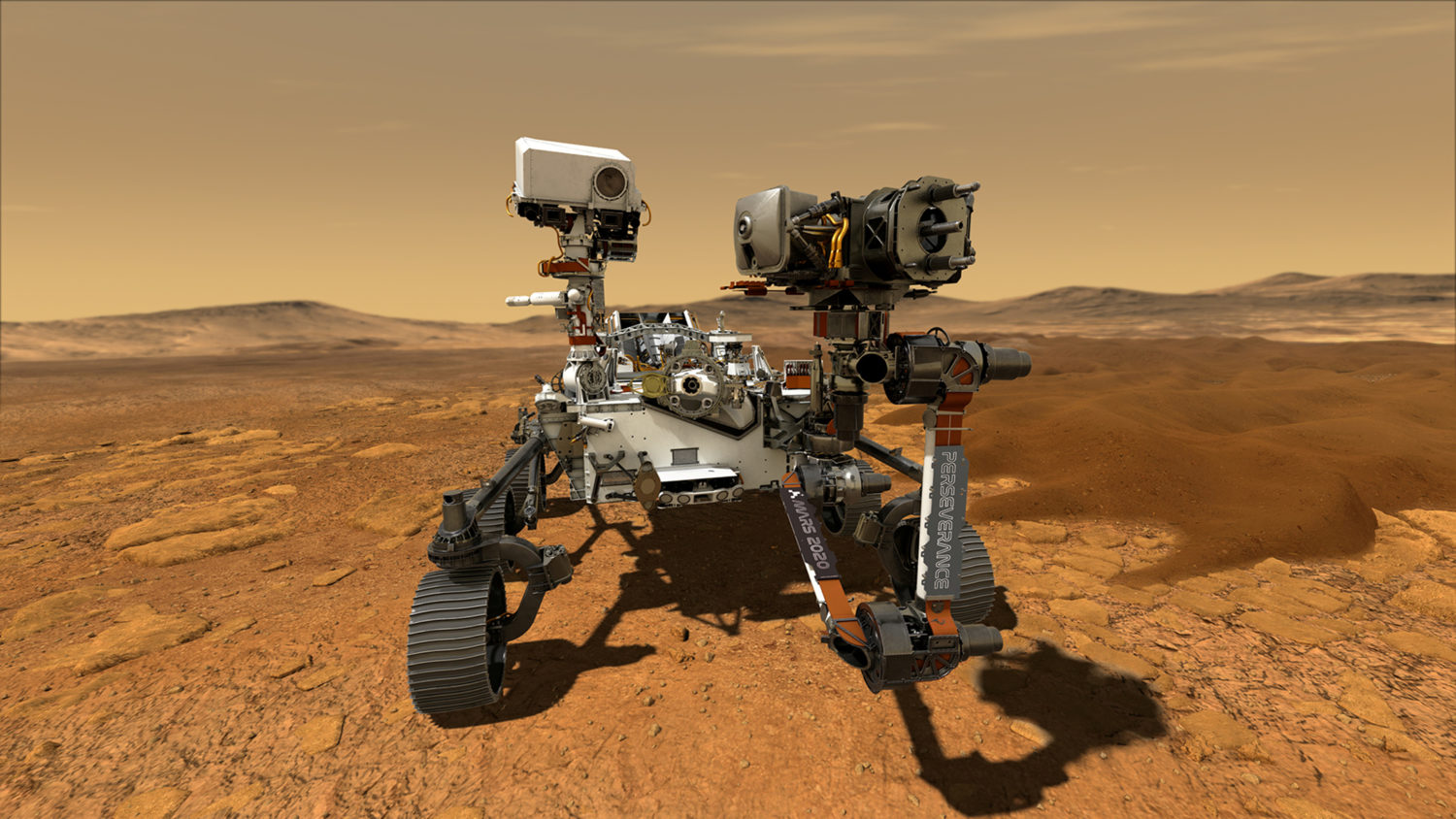 LOS ANGELES (Reuters) – NASA’s science rover Perseverance, the most advanced astrobiology laboratory ever sent to another world, streaked through the Martian atmosphere on Thursday and landed safely on the floor of a vast crater, its first stop on a search for traces of ancient microbial life on the Red Planet.

Mission managers at NASA’s Jet Propulsion Laboratory near Los Angeles burst into applause and cheers as radio signals confirmed that the six-wheeled rover had survived its perilous descent and arrived within its target zone inside Jezero Crater, site of a long-vanished Martian lake bed.

The robotic vehicle sailed through space for nearly seven months, covering 293 million miles (472 million km) before piercing the Martian atmosphere at 12,000 miles per hour (19,000 km per hour) to begin its approach to touchdown on the planet’s surface.

The spacecraft’s self-guided descent and landing during a complex series of maneuvers that NASA dubbed “the seven minutes of terror” stands as the most elaborate and challenging feat in the annals of robotic spaceflight.

“It really is the beginning of a new era,” NASA’s associate administrator for science, Thomas Zurbuchen, said earlier in the day during NASA’s webcast of the event.

The landing represented the riskiest part of two-year, $2.7 billion endeavor whose primary aim is to search for possible fossilized signs of microbes that may have flourished on Mars some 3 billion years ago, when the fourth planet from the sun was warmer, wetter and potentially hospitable to life.

Scientists hope to find biosignatures embedded in samples of ancient sediments that Perseverance is designed to extract from Martian rock for future analysis back on Earth – the first such specimens ever collected by humankind from another planet.

Two subsequent Mars missions are planned to retrieve the samples and return them to NASA in the next decade.

Thursday’s landing came as a triumph for a pandemic-weary United States in the grips of economic dislocation caused by the COVID-19 public health crisis.

NASA scientists have described Perseverance as the most ambitious of nearly 20 U.S. missions to Mars dating back to the Mariner spacecraft’s 1965 fly-by.

Larger and packed with more instruments than the four Mars rovers preceding it, Perseverance is set to build on previous findings that liquid water once flowed on the Martian surface and that carbon and other minerals altered by water and considered precurors to the evolution of life were present.

Perseverance’s payload also includes demonstration projects that could help pave the way for eventual human exploration of Mars, including a device to convert the carbon dioxide in the Martian atmosphere into pure oxygen.

The box-shaped tool, the first built to extract a natural resource of direct use to humans from an extraterrestrial environment, could prove invaluable for future human life support on Mars and for producing rocket propellant to fly astronauts home.

Another experimental prototype carried by Perseverance is a miniature helicopter designed to test the first powered, controlled flight of an aircraft on another planet. If successful, the 4-pound (1.8-kg) helicopter could lead to low-altitude aerial surveillance of distant worlds, officials said.

The daredevil nature of the rover’s descent to the Martian surface, at a site that NASA described as both tantalizing to scientists and especially hazardous for landing, was a momentous achievement in itself.

The multi-stage spacecraft carrying the rover soared into the top of Martian atmosphere at nearly 16 times the speed of sound on Earth, angled to produce aerodynamic lift while jet thrusters adjusted its trajectory.

A jarring, supersonic parachute inflation further slowed the descent, giving way to deployment of a rocket-powered “sky crane” vehicle that flew to a safe landing spot, lowered the rover on tethers, then flew off to crash a safe distance away.

Perseverance’s immediate predecessor, the rover Curiosity, landed in 2012 and remains in operation, as does the stationary lander InSight, which arrived in 2018 to study the deep interior of Mars.

(Reporting by Steve Gorman in Los Angeles; Editing by Will Dunham)