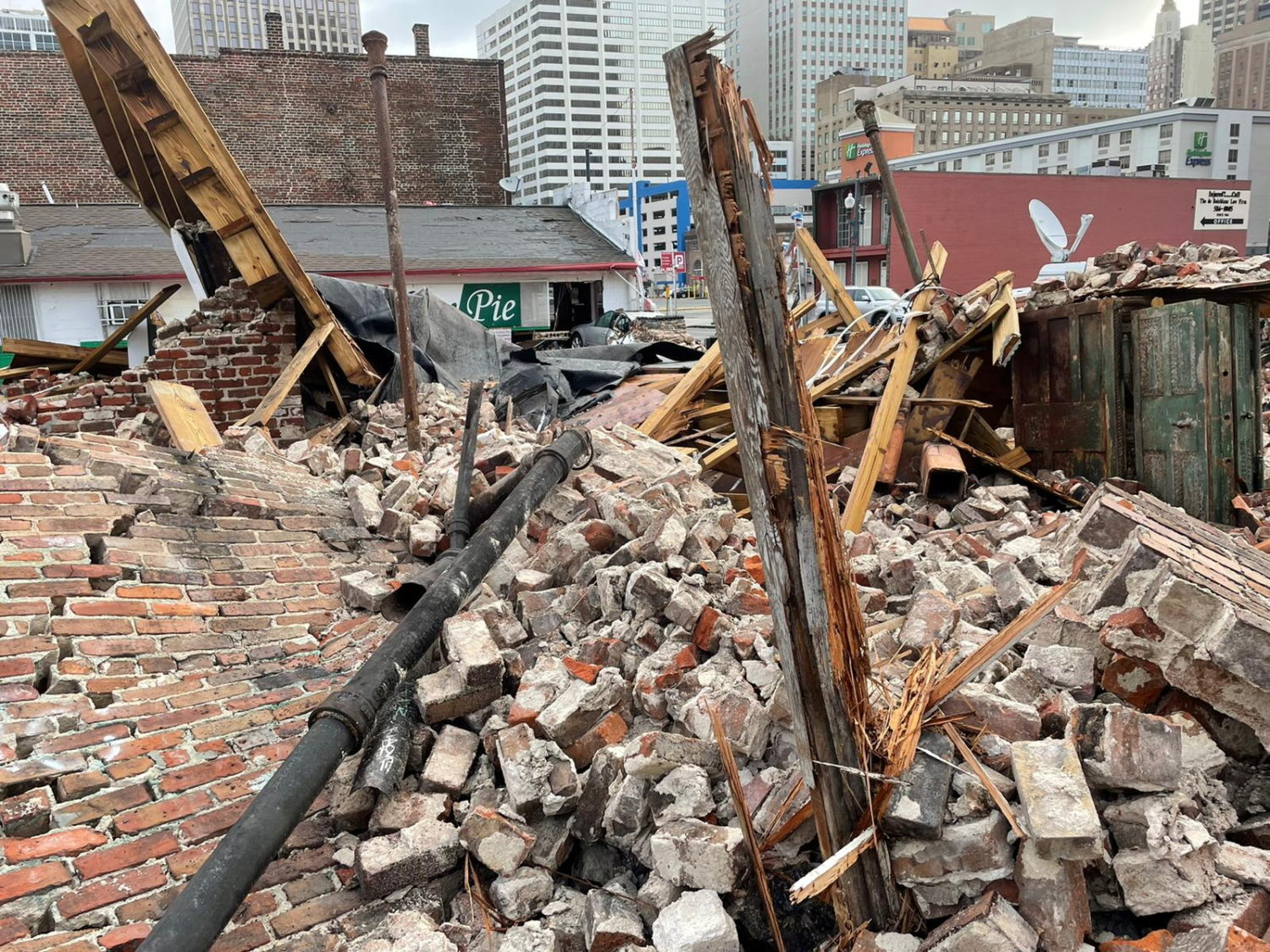 NEW ORLEANS (Reuters) -Ida lost some of its punch over southwestern Mississippi on Monday after making landfall in Louisiana as one of the most powerful hurricanes to hit the region, but it could still trigger heavy flooding, the National Hurricane Center said.

Ida, the first major hurricane to strike the United States this year, made landfall around noon on Sunday as a Category 4 storm over Port Fourchon, a hub of the Gulf’s offshore oil industry, packing sustained winds of up to 150 miles per hour (240 km per hour).

Although weakened to a tropical storm, heavy downpours could bring life-threatening flooding, the NHC said.

“We’re hearing about widespread structural damage,” Criswell said in an interview with CNN. “I don’t think there could have been a worse path for this storm. It’s going to have some significant impacts.”

Federal levees installed to reduce the risk of flooding appeared to have held, according to preliminary reports.

“Daylight will bring horrific images as the damage is assessed. More than 20,000 linemen will work to restore the deeply damaged power lines,” Shauna Sanford, communications director for Louisiana Governor John Bel Edwards wrote in a tweet.

“The good news: no federal levee failed or was overtopped.”

Kevin Lepine, president of Plaquemines Parish, home to 23,000 residents and one of Louisiana’s southern most communities, said he had had little sleep overnight as he braced for first light and the chance to go and assess the damage.

“We’re worried about the levees down the road,” he said.

On Sunday night, the sheriff’s office in Ascension Parish reported the first known U.S. fatality from the storm, a 60-year-old man killed by a tree falling on his home near Baton Rouge, the state capital.

Ida crashed ashore as Louisiana was already reeling from a resurgence of COVID-19 infections that has strained the state’s healthcare system, with an estimated 2,450 COVID-19 patients hospitalized statewide, many in intensive care units.

Its arrival came 16 years to the day after Hurricane Katrina, one of the most catastrophic and deadly U.S. storms on record, struck the Gulf Coast, and about a year after the last Category 4 hurricane, Laura, battered Louisiana.

A loss of generator power at the Thibodaux Regional Health System hospital in Lafourche Parish, southwest of New Orleans, forced medical workers to manually assist respirator patients with breathing while they were moved to another floor, the state Health Department confirmed to Reuters.

Within 12 hours of landfall, Ida had plowed a destructive path that submerged much of the state’s coastline under several feet of surf, with flash flooding reported by the National Hurricane Center across southeastern Louisiana.

Nearly all offshore Gulf oil production was suspended in advance of the storm, and major ports along the Louisiana and Mississippi coasts were closed to shipping.

Power was knocked out Sunday night to the entire New Orleans metropolitan area following the failure of all eight transmission lines that deliver electricity to the city, the utility company Entergy Louisiana reported.

More than 1 million Louisiana homes and businesses in all were without electricity early on Monday, as well as some 120,000 in Mississippi, according to the tracking site Poweroutage.US.

Residents of the most vulnerable coastal areas were ordered to evacuate days ahead of the storm. Those riding out the storm in their homes in New Orleans braced for the toughest test yet of major upgrades to a levee system constructed following devastating floods in 2005 from Katrina, a hurricane that claimed some 1,800 lives.

The U.S. Army Corps of Engineers said the newly reinforced New Orleans levees were expected to hold, though they said they said the flood walls could be overtopped in some places.

Hundreds of miles of new levees were built around New Orleans after flooding from Katrina inundated much of the low-lying city, especially historically Black neighborhoods.

Inundation from Ida’s storm surge – high surf driven by the hurricane’s winds – was reported to be exceeding predicted levels of 6 feet (1.8 m) along parts of the coast. Videos posted on social media showed storm surge flooding had transformed sections of Highway 90 along the Louisiana and Mississippi coast into a choppy river.