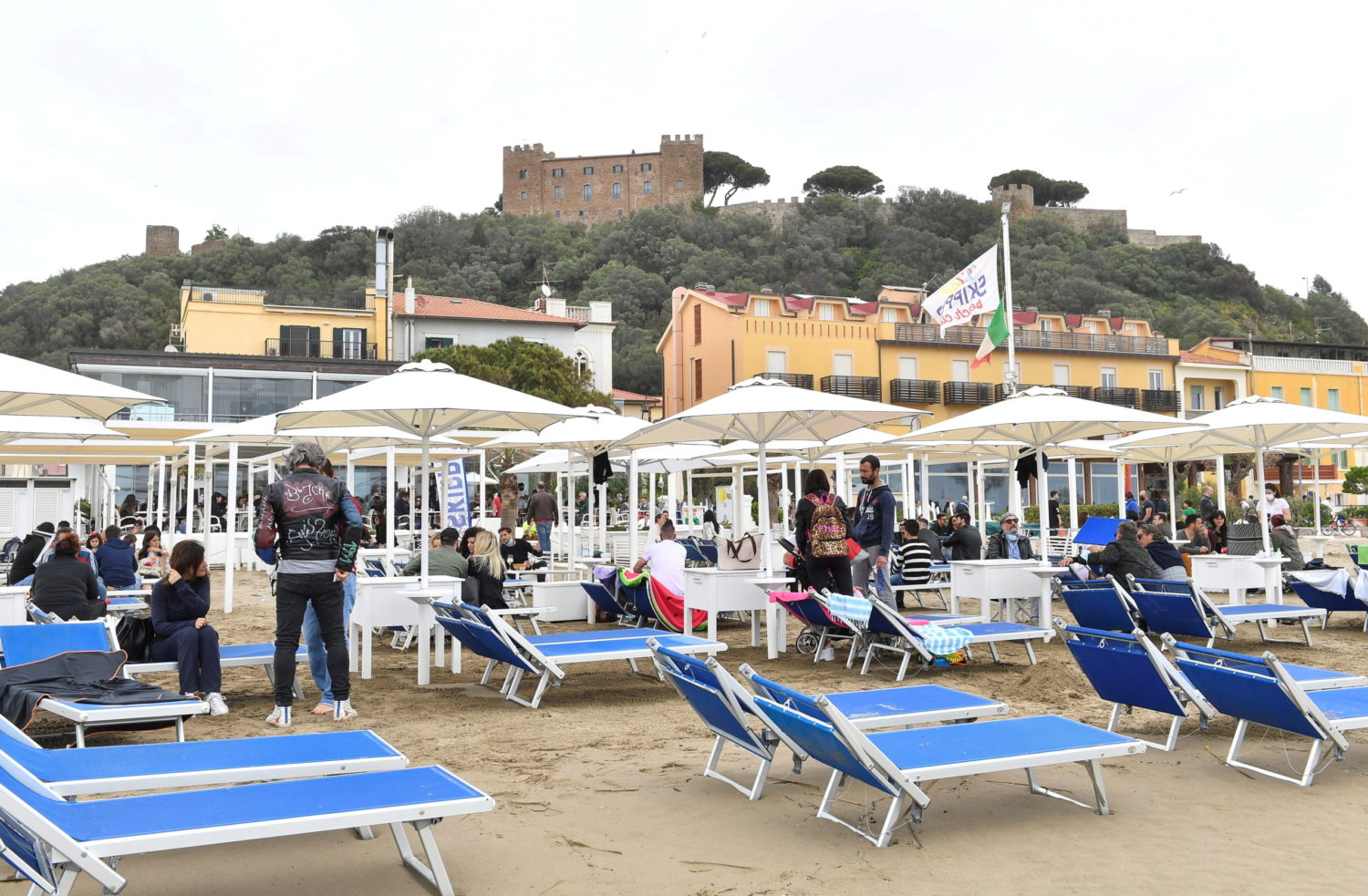 ROME (Reuters) – Prime Minister Mario Draghi urged foreigners on Tuesday to book their summer holidays in Italy, saying it was set to introduce travel passes from the middle of May, sooner than much of the rest of Europe.

Speaking after a meeting of tourism ministers from the Group of 20 wealthy nations, Draghi said it was important to provide clear, simple rules to ensure that tourists can once again travel freely in the wake of the coronavirus pandemic.

He said the European Union would introduce a health pass by the middle of June, allowing easy travel across the continent for those who had been vaccinated, had just tested negative or could prove they had recently recovered from COVID-19.

But he said Italy, which generates some 13% of its economic output from tourism, would have its own green pass ready by the middle of this month.

“Let us not wait until mid-June for the EU pass,” Draghi said. “In mid-May tourists can have the Italian pass … so the time has come to book your holidays in Italy,” he added.

Travel between Italian regions has been strictly restricted for much of the year to fight the virus. But with case numbers falling, the government hopes to attract visitors over the summer with so-called vaccine passports.

Italy is the president of the G20 this year and chaired Tuesday’s meeting of tourism ministers, who looked at ways of recovering from the damage wrought by the coronavirus.

International tourist arrivals dropped 73% globally in 2020 and nearly 62 million travel and tourism jobs have been lost globally as a result of the pandemic, according to the World Travel and Tourism Council.

The G20 ministers said in a communique that “the resumption of travel and tourism was crucial for global economic recovery.” They said the health crisis had presented an “opportunity to rethink tourism” and put it on a sustainable footing.

Their statement did not refer specifically to vaccine passports, but said ministers wanted to support and coordinate “safe international mobility initiatives.”

Countries around the world are looking at ways for people to show they have had vaccinations to allow them to travel freely. However, airports, border agencies and airlines fear there will be no clear global standard. 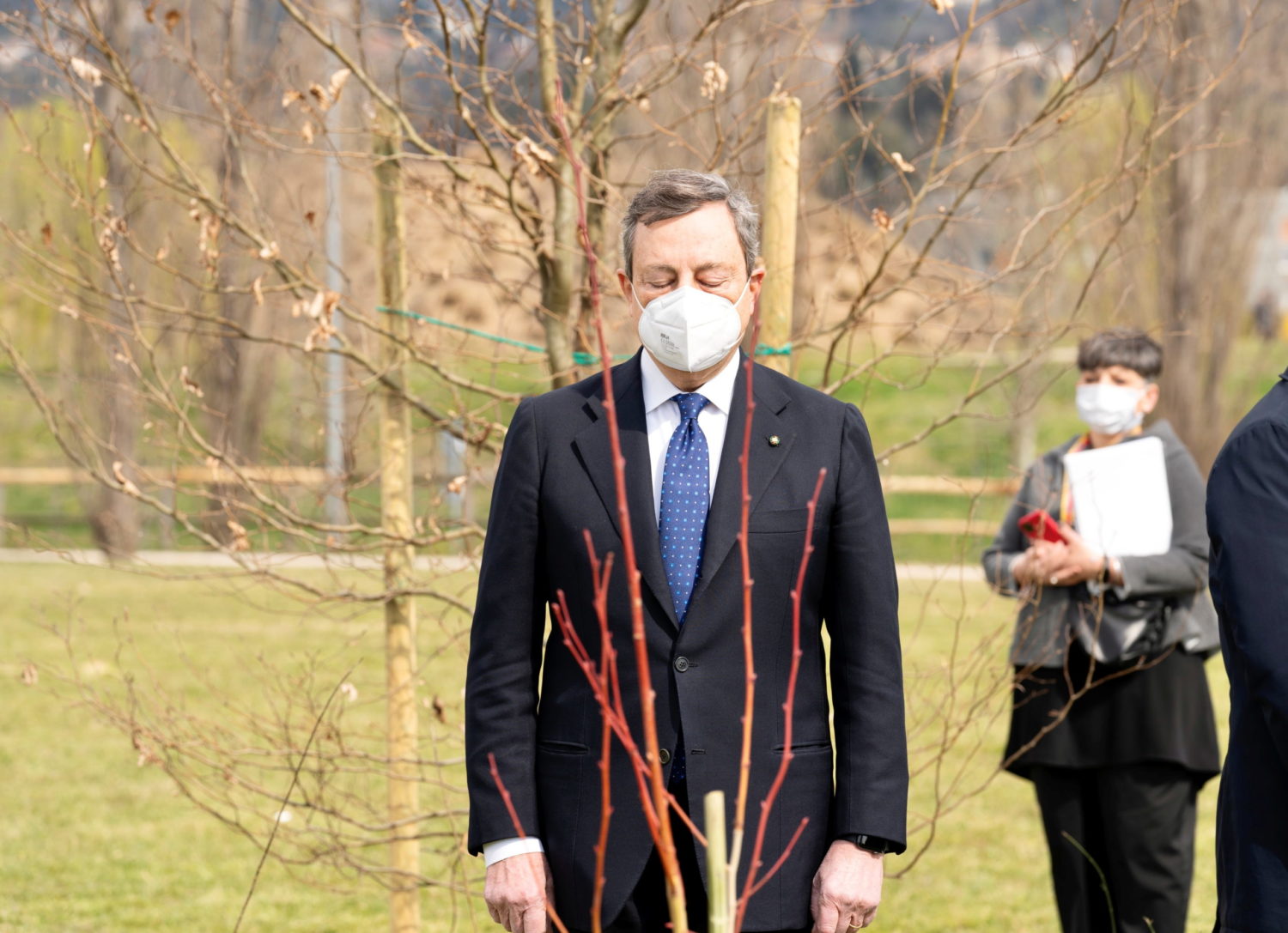 BERGAMO, Italy (Reuters) – Flags flew at half mast and thousands of towns held a minute’s silence on Thursday as Italy mourned the victims of a coronavirus epidemic that has killed more than 100,000 in 13 months.

Prime Minister Mario Draghi led tributes in Bergamo, an epicenter of the disease’s first destructive wave a year ago and where city mayor Giorgio Gori said it had left no one unscathed.

“There is not a single person in Bergamo who did not have to say goodbye to a loved one,” he said.

Thursday marked the first anniversary of the day a convoy of army trucks rolled into the city to remove dozens of coffins accumulated in churches and chapels – a stark snapshot of the virus’s untamed power.

“The respect we owe to those who have left us must give us the strength to rebuild the world they dreamed of for their children and grandchildren,” said Draghi, speaking in a “remembrance wood” being created as a living monument to the dead in a local park.

In all, 103,432 deaths linked to coronavirus have been reported in Italy, the seventh highest toll in the world, including 670 in Bergamo and around 6,000 in the surrounding province.

Gori, wearing a sash in the colors of the national flag, said the real number in his city was much higher as only very few people were tested for the virus in the early days.

Like much of Italy, Bergamo is once again in lockdown to try to contain a third COVID-19 wave that on Wednesday saw a record 324 people nationwide admitted to intensive care, and only a few people were allowed to attend on Thursday in what is set to become an annual commemoration.

Anxious to end the health crisis, Draghi said Italy’s ongoing vaccination campaign was a priority and promised that inoculations would carry on unhindered whatever decision the European Medicines Agency (EMA) took about the AstraZeneca shot.

Italy, like several European countries, suspended the use of AstraZeneca vaccines this week over concerns about unusual blood disorders that had appeared in a handful of people. EMA is due to release findings about those cases later in the day.

“Whatever its decision, the vaccination campaign will continue with the same intensity, with the same objectives. Increased supplies of some vaccines will help compensate for delays by other pharmaceutical companies,” Draghi said. 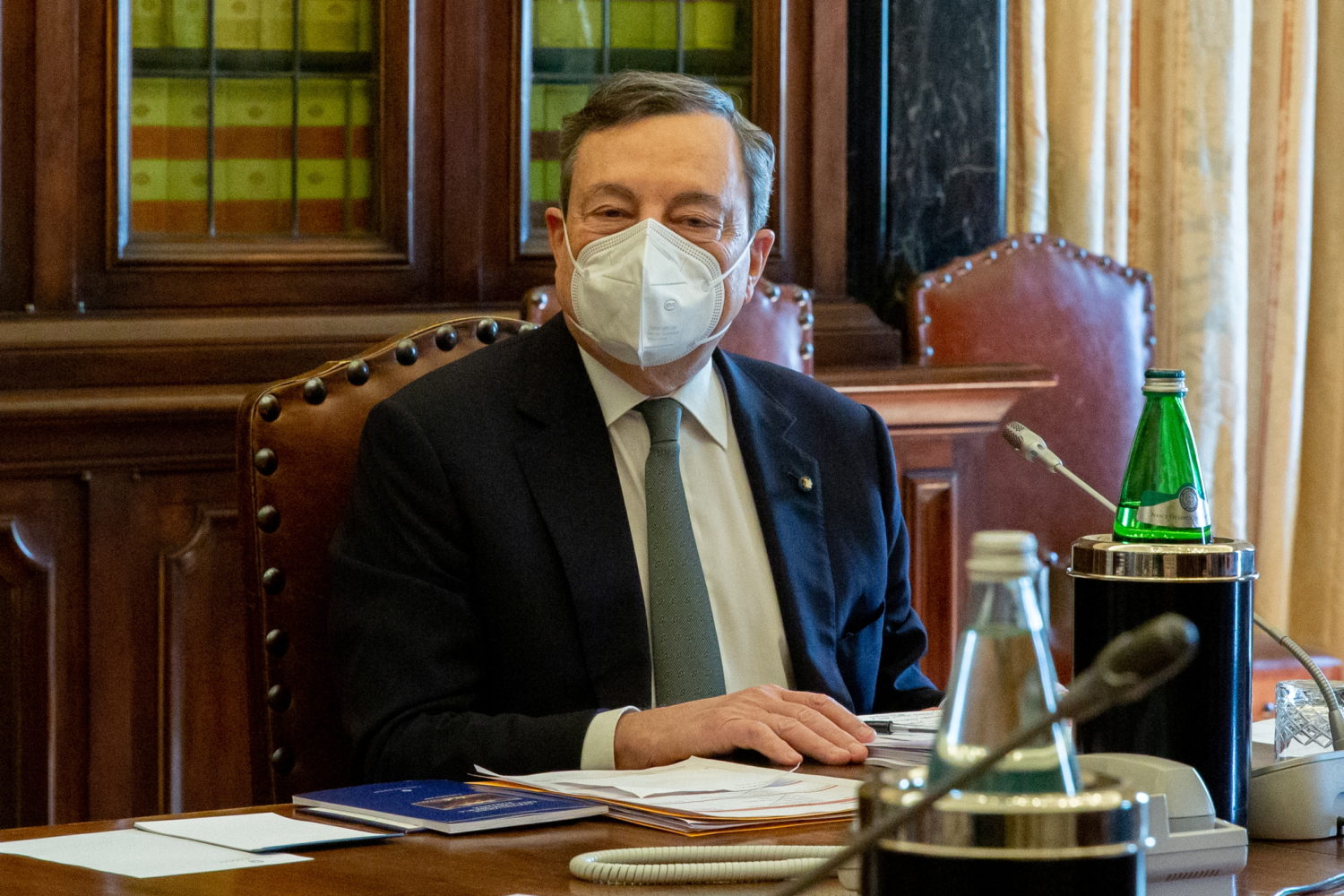 ROME (Reuters) – Speeding up Italy’s vaccination campaign will enable the country to overcome the coronavirus crisis, Prime Minister Mario Draghi said on Monday, adding that his government would do whatever was necessary to protect lives.

“The pandemic is not yet over, but with the acceleration of the vaccine plan, a way out is not far off,” Draghi said in a speech to mark international women’s day, his first such public address since taking office last month.

Italy is poised to become the seventh country in the world to register more than 100,000 COVID-related deaths and health officials have warned that the country faces a third wave of cases as a more contagious variant of the disease gains ground.

“We are all facing a new worsening of the health emergency these days,” Draghi said.

“Our task, and I am referring to all the institutions, is to safeguard the lives of Italians by all means possible and to allow a return to normality as soon as possible. Every life counts,” he added.

Since taking charge of the country at the head of a broad government of national unity, Draghi has looked to speed up vaccinations and has put pressure on pharmaceutical companies to honor their contracts and make up supply shortfalls.

Italy, which has a population of around 60 million, had administered 5.41 doses of vaccines as of early Monday, with 1.65 million people receiving the recommended two shots.

Draghi has suggested that first jabs should take precedence rather than stockpiling supplies for eventual second doses.