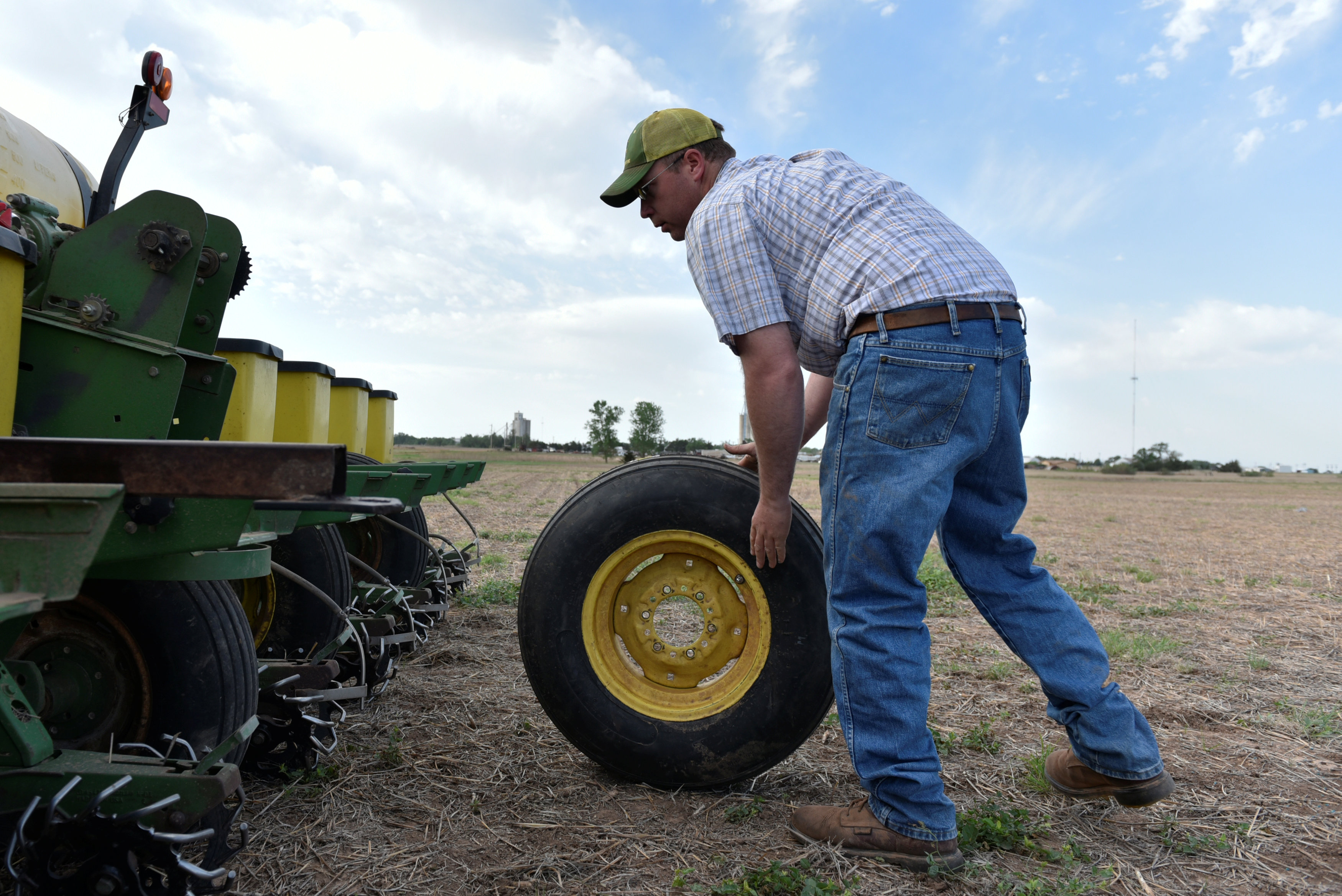 By Stephanie Kelly and Tom Polansek

The agricultural sector from the United States to Russia, and Brazil to Europe, is seeing profits harmed by the rise in diesel prices. The global oil benchmark, Brent crude, touched $80 a barrel for the first time since late 2014 on Thursday.

Coupled with local economic issues, the increase is making it even harder for many farmers worldwide to turn a profit in the estimated $2.4 trillion agriculture industry, casting a cloud over future investments.

In the United States, fuel accounts for about five percent of farmers’ overall costs, and is hurting margins at a time when farm income is already half that of 2013. Massive harvests have depressed prices of staples such as corn, wheat and soybeans.

Diesel fuel is essential for planting, harvesting, and shipping crops to market. In the United States, farmers will spend an estimated $15.25 billion on fuel and oil in 2018, an 8 percent increase from 2017, U.S. Department of Agriculture data showed.

Ron Heck, who grows soybeans in Perry, Iowa, said his fuel costs could go up $1,000 to $2,000 during the northern hemisphere’s spring.

“You feel the pain right away,” Heck said.

In Russia, fuel prices for farmers are up 50 percent compared with a year ago, Arkady Zlochevsky, the head of Russia’s Grain Union, a non-governmental farm lobby, told Reuters. Farmers will need to spend more ahead of harvesting, which starts in about a month in Russia, he said.

For a graphic on farmers’ cash expenses, click https://tmsnrt.rs/2rXHHQf

U.S. farms are also factoring in potential losses of income due to a 25 percent tax China announced on major American imports following the U.S. government’s decision to slap duties on steel and aluminum.

“We’re seeing financial stress occurring in agriculture that we probably haven’t seen for a decade or so,” said Scott Brown, director of strategic partnerships at the University of Missouri’s College of Agriculture, Food and Natural Resources. “If diesel prices continue to go higher, it continues to put more pressure on [farmers].”

In Holly Grove, Arkansas, Tim Gannon paid about $17,000 in February to fill a 7,500-gallon tank with diesel used to run equipment and irrigation. The price increase means it may cost up to 25 percent more, or an extra $4,000, to refill it in coming weeks, he said.

“That’s a fairly significant amount of income to lose,” he said. Gannon has been taking steps to cut his diesel costs over the past year by reducing the number of times he plows, or tills.

In Brazil, farmers are also taking steps to deal with higher costs, as diesel prices have climbed 43 percent in the country since July 2017. Eder Ferreira Bueno, a farmer in grain state Mato Grosso, said increased fuel costs meant he had “no other option but to spend less to treat the soil.” Other farmers might hire fewer workers or delay investment plans, he added.

In neighboring Argentina, the top shipper of soybean meal and oil worldwide, farmers are having to deal with a weakening currency at the same time fuel costs are rising.

“Where the impact is felt greatest is in trucking costs. We are already at a disadvantage when compared to our competitors on freight costs within Argentina,” said David Hughes, a farmer in Buenos Aires province and president of Argentine wheat industry chamber Argentrigo.

In Europe, French grain producers say rising oil costs may have a knock-on effect on fertilizers and crop protection products.

“It comes at a time when things are already difficult for farmers economically,” said Philippe Pinta, head of grain growers group AGPB in Paris.

Wamego, Kansas, farmer Glenn Brunkow said he may lock in diesel prices in advance for the first time ever next year, to avoid the pain of future increases.

“You just kind of all of a sudden realize, ‘Wow, it’s pretty high,'” he said. 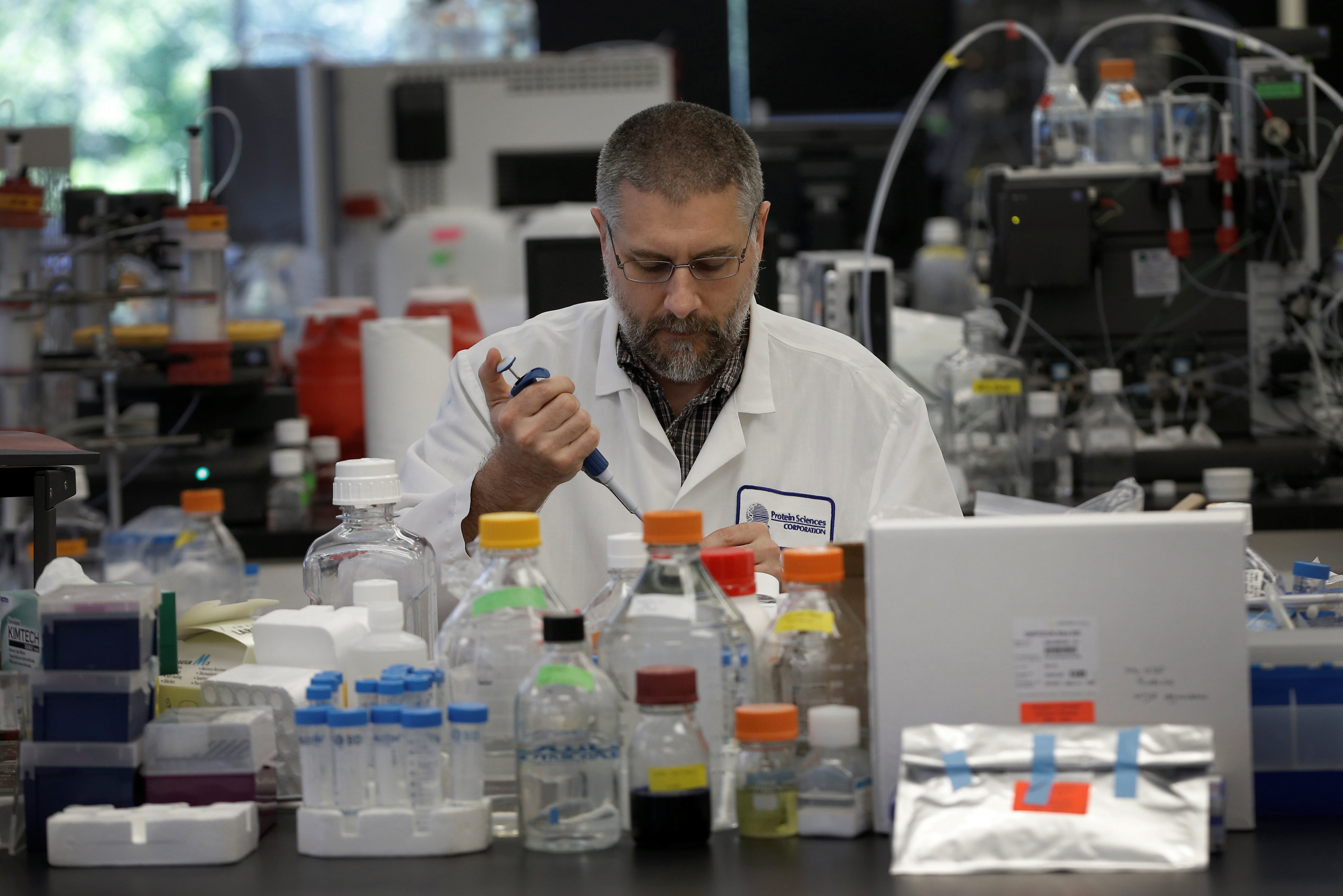 NEW YORK (Reuters) – The race to find protection against the Zika virus is fueled by something often missing from tropical disease research: the potential for big profit.

The prospect of a blockbuster vaccine against a mosquito-borne virus has accelerated the pace of development and attracted the interest of big drugmakers, including Sanofi, GlaxoSmithKline Plc and Takeda Pharmaceuticals.

Although Zika infections are mild or asymptomatic in most people, demand for a vaccine is expected to be strong because it can cause devastating birth defects, pharmaceutical executives and disease experts said.

The most lucrative market is seen in travelers seeking inoculation against the virus that has moved rapidly across the Americas and is the only mosquito-borne disease also spread through sex.

“It scares people,” said Scott Weaver, a virologist with the University of Texas and chairman of the Zika task force for the Global Virus Network. “Europeans and Americans can pay a pretty high price for these kinds of vaccines.”

A vaccine could come to market in as little as two years. Even if the current outbreaks in Latin America and the Caribbean burn out by that time, people living in those regions are expected to want protection against a return of Zika.

Tens of millions of travelers from United States and other wealthy nations, including people on business trips with corporate-sponsored health coverage, are expected to get vaccines before visiting areas where Zika is circulating.

“If you consider just a portion of the U.S. traveler population, we can conservatively envision a Zika market opportunity exceeding $1 billion” a year, said Joseph Kim, chief executive of Inovio Pharmaceuticals, a Pennsylvania company that is farthest along in the development path with human testing of a vaccine candidate underway in hard hit Puerto Rico.

Drugmakers and disease experts also envision the vaccine becoming standard care for girls before puberty to guard against birth defects in future pregnancies. Boys also could be candidates to protect eventual sexual partners.

“Hopefully a vaccine can be developed that’s sold for a low cost in endemic areas,” Weaver said.

Blockbuster sales for vaccines against mosquito-borne viruses are unheard of. Sanofi’s dengue vaccine, approved in nine countries, is generating near-blockbuster expectations, the biggest in the market by far. Analysts forecast annual sales for Dengvaxia reaching about $900 million by 2020, according to Thomson Reuters data.

Efforts to find a malaria vaccine are purely philanthropic. The Bill and Melinda Gates Foundation has contributed significantly to GSK’s decades-long effort to produce a vaccine for children in Africa. Development is ongoing, and GSK expects no profit.

The U.S. National Institutes of Health (NIH) developed a potential vaccine for West Nile virus, but it failed to find a commercial partner because the virus did not inspire enough public alarm to generate big sales. West Nile leads to serious complications in less than 1 percent of people infected.

In February, the World Health Organization declared a global public health emergency because of Zika’s apparent link to microcephaly, a birth defect marked by small heads and serious developmental problems. That, and evidence of other severe fetal brain abnormalities linked to Zika, have galvanized efforts to speed vaccine development.

The NIH is negotiating with companies to produce Zika vaccines but has its own pilot plant that can make enough for early clinical testing, which began with its first candidate in August.

“We’re not dependent on a company until you prove it works and then you need somebody to manufacture millions of doses,” said Dr. Anthony Fauci, director of the NIH’s National Institute of Allergy and Infectious Diseases (NIAID).

The first NIH candidate is a DNA vaccine containing no actual virus, in which genetically engineered cells produce an antigen that triggers an immune response, similar to the West Nile vaccine. By early 2017, the agency expects to be able to decide whether to begin enrolling thousands of patients in an efficacy study, or move on to the next candidate.

The size of the Zika outbreak may help development efforts. If it remains widespread, it will be easier to tell if a vaccine is effective.

“If the infections die down, then it’s going to take much longer to find out if it works,” Fauci said.

DNA-based candidates are most likely to prove safe, but they typically require multiple doses to work. Vaccines that contain live virus are considered most effective with one dose, but have a far higher safety hurdle, particularly if they are intended for pregnant women, and so they take longer to get to market.

Inovio’s DNA vaccine is injected along with a brief low voltage electronic pulse that induces cell membranes to open, making them more receptive, in theory, to accepting the vaccine’s genetic material.

Privately-held Protein Sciences Corp built its Zika vaccine using technology similar to its already approved Flublok flu vaccine. The drugmaker has partnerships with companies in Argentina, Brazil, Japan and Mexico and plans to seek funding from Brazil and the NIH. It expects to start human trials by January.

Chief Executive Manon Cox estimated the cost of developing and securing approval for a vaccine could be as high as $1 billion. Without government funding, “that product has got to have a market of a few billion dollars,” she said.

With the help of $43 million in initial funding from the U.S. government, France’s Sanofi is developing a candidate using live attenuated virus. The company is not as far along as some other efforts, but it aims to start human trials next year and is confident it can catch up.

“We’ve got technologies, infrastructure, experience dealing with regulators in this field. All of that gives us a jumpstart,” said Nick Jackson, head of research for Sanofi’s vaccine unit.

GSK is working with NIAID on a new type of vaccine technology. Japan’s Takeda also secured U.S. government funding to help develop a vaccine using killed Zika virus and plans to begin human testing in the second half of 2017.

“If there is a huge need,” said Dr. Rajeev Venkayya, president of Takeda’s global vaccine unit, “there will be a business model that works.”