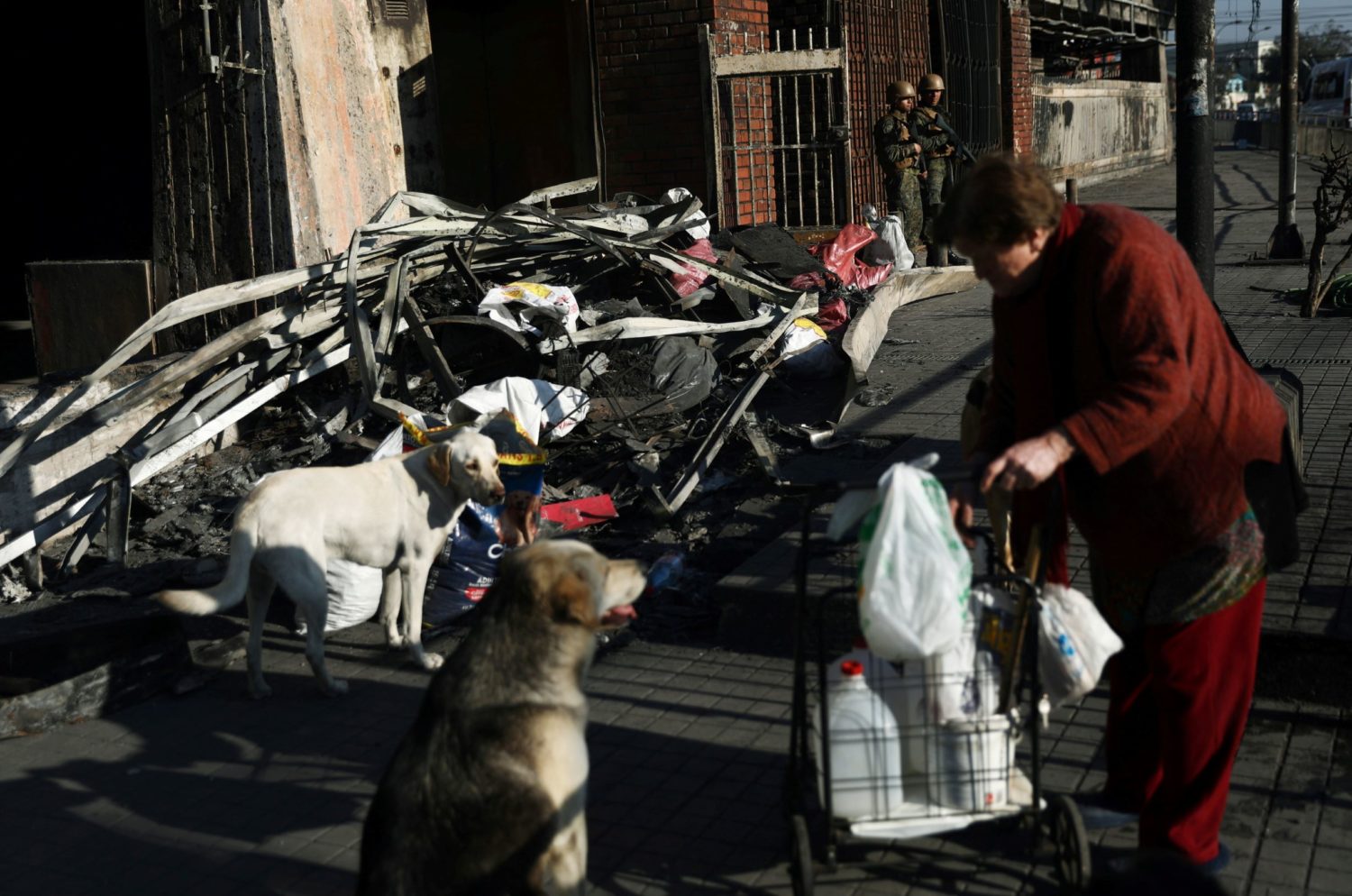 Chile scrambles to clean up mess after weekend of chaos, violent protests
By Dave Sherwood and Natalia A. Ramos Miranda

SANTIAGO (Reuters) – Chilean authorities scrambled on Monday to clear wreckage and re-open public transportation in the capital Santiago after a weekend of chaos in which at least seven people were killed amid violent clashes, arson attacks and looting in cities throughout Chile.

Several Chilean cities were engulfed by days of riots, along with peaceful protests, after a hike in public transport costs. The violence prompted President Sebastian Pinera to declare a state of emergency, placing the military in charge of security in the city of six million.

Transportation officials in Santiago brought in more than 400 buses to reinforce the city’s fleet Monday morning, and re-opened the downtown line of the metro providing east-west transportation across the city.

Most schools in the city closed, citing concerns of the safety of their workers and students.

Pinera extended the state of emergency late on Sunday night, saying “we are at war,” against vandals who had turned out in droves throughout the capital over the weekend.

Javier Iturriaga, the general in charge of Santiago’s security, said in a televised broadcast early Monday he had conducted an overflight of Santiago and was “very satisfied” with the situation. He said the military would nonetheless continue to provide security.

When asked by a reporter if the country was at war, as Pinera had said late Sunday, Iturriaga responded, “I’m not at war with anyone. I’m a happy man,” he said.

The metro, which suffered multiple arson attacks at stations throughout the city, was operating smoothly during the morning rush, albeit with many fewer people than on a typical Monday morning. Many businesses told their workers to stay home.

In downtown Santiago, street sweepers cleaned up broken glass, scrap metal and barricades that accumulated over several nights of protests.

Newly inked graffiti covered the face of nearly every building along many city blocks. Tear gas lingered in the air, forcing pedestrians to walk with faces covered.

Chile’s mining minister said on Sunday that the country’s mines operated normally through the weekend.

A union of workers at BHP’s Escondida copper mine, the world’s largest copper mine, told Reuters early on Monday it would walk off the job for at least a shift on Tuesday in a show of support for the demands of protesters. 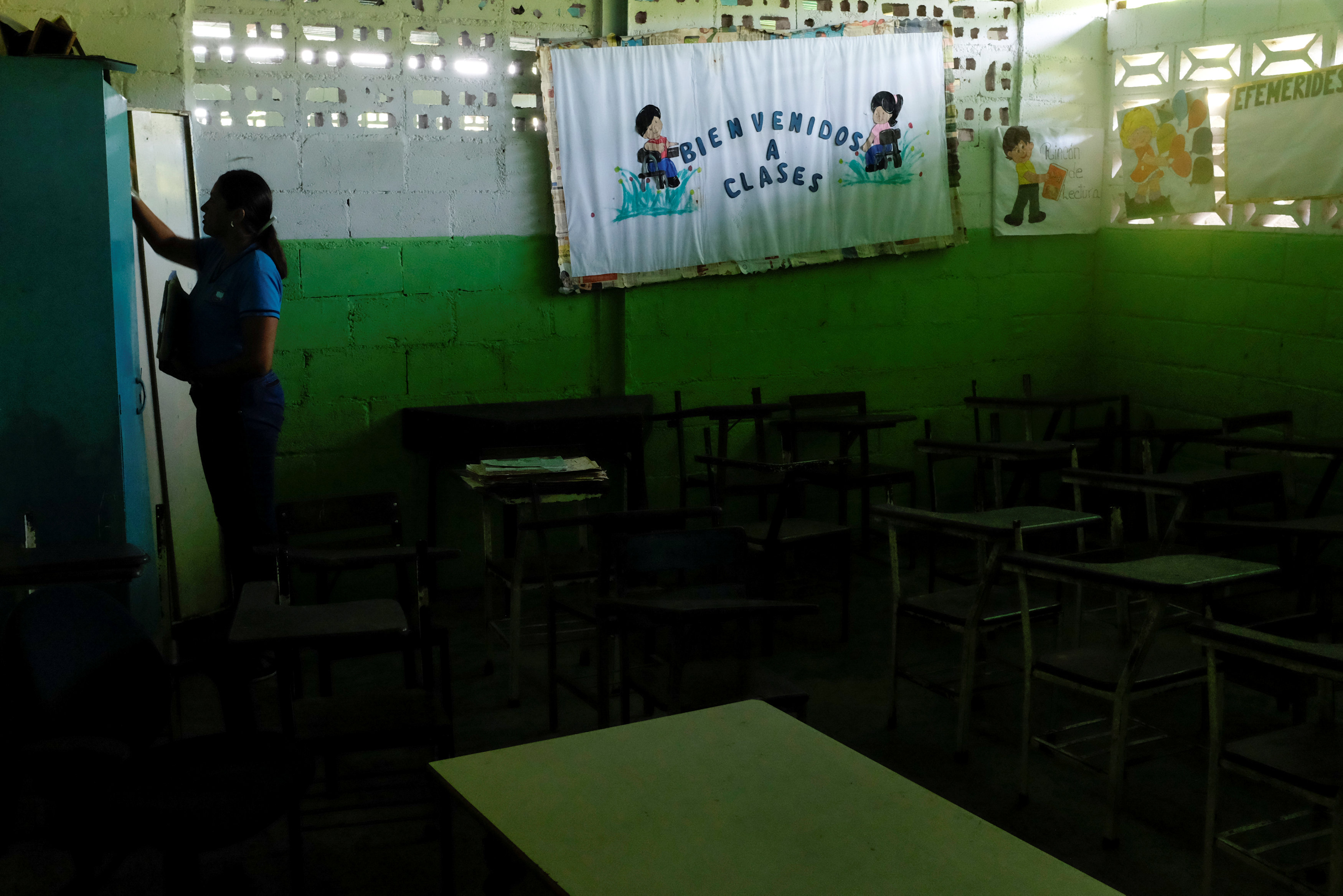 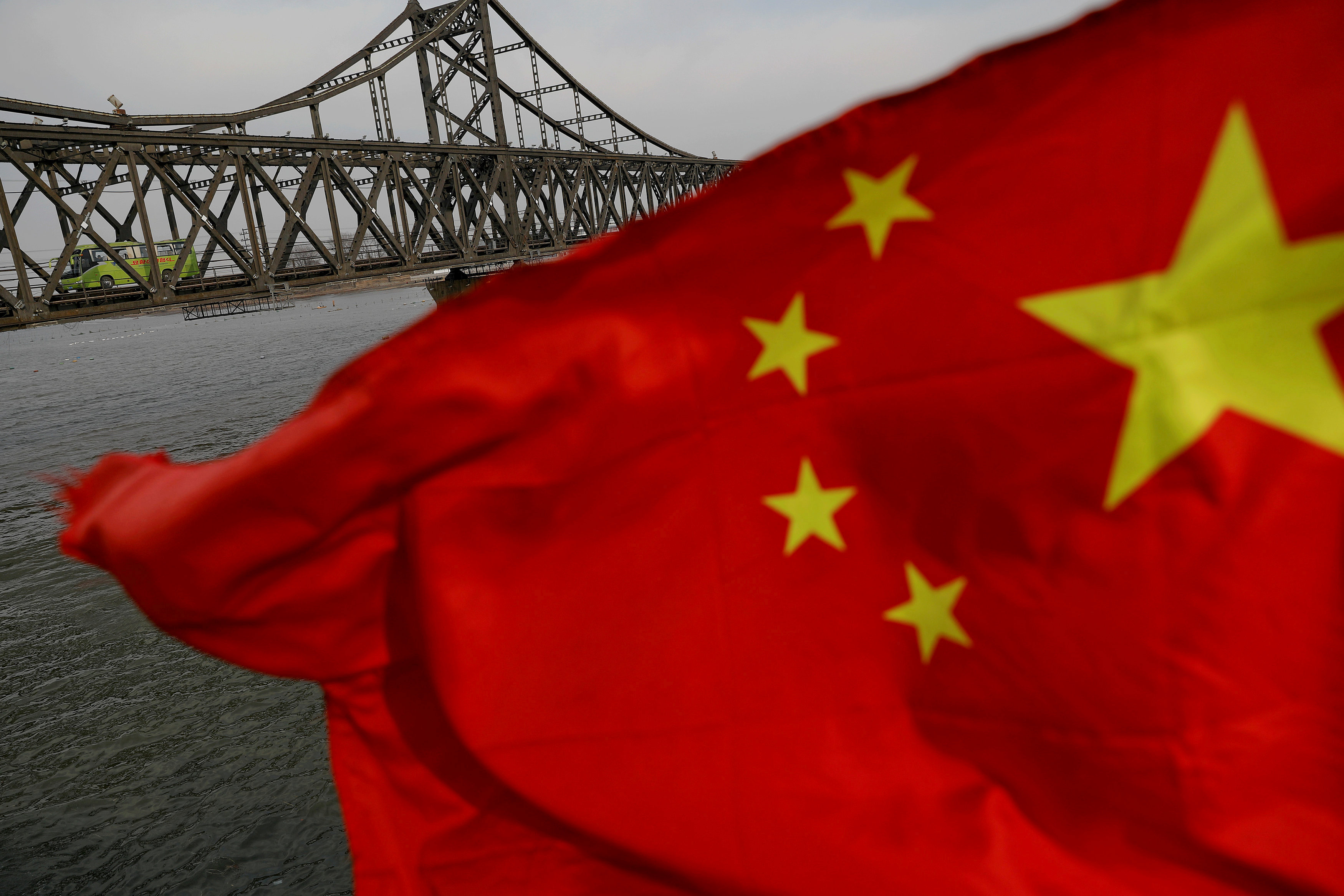 SHANGHAI/BEIJING (Reuters) – China warned of a second wave of snow and sleet hitting northern, central and eastern parts on Friday after record snowfall paralyzed parts of the country in the most severe weather this winter.

Heavy snowfall has wreaked havoc in central and eastern China since Tuesday, killing 10 people and disrupting the lives of more than half a million people in five provinces, according to the official Xinhua news agency.

Agriculture has also been hit, with economic losses amounting to 510 million yuan ($79 million) so far.

The National Meteorological Centre lifted a blizzard alert, but said light to moderate snowfall was expected to sweep across much of the north between Friday and Sunday.

All power in Suizhou, a small city of 2.5 million people in the north of central Hubei province, was down due to heavy snow, state broadcaster China Central Television reported.

Temperatures in Suizhou are expected to plunge as low as minus 5 degrees Celsius (23 degrees Fahrenheit) on Friday.

Hubei, which does not have central heating infrastructure unlike northern provinces, has seen a spike in electricity consumption for heating, according to CCTV.

On Thursday, at least three airports were shut and nine were experiencing extensive delays because of heavy snowfall.

As of 0630 GMT on Friday, all airports in China were open, and only three airports faced delays, according to Chinese aviation data provider VariFlight.

Several high-speed trains from Shanghai and Beijing were also delayed or canceled on Thursday, and highways in the provinces of Jiangsu, Henan, Shaanxi and Hubei have also been closed off, the China Daily reported.

The ceilings of several bus stations in Hefei, the capital of Anhui province, had collapsed as a result of snow, resulting in at least one death, the newspaper said. The province saw a record 30 cm (12 inches) of snow on Thursday.

The roof of a factory in Xiangyang, also in Hubei province, collapsed, trapping five people, and traffic in the city ground to a halt, according to the state broadcaster, China National Radio.

By contrast, Beijing has been dry, with many parts of northern China experiencing little to no snowfall.