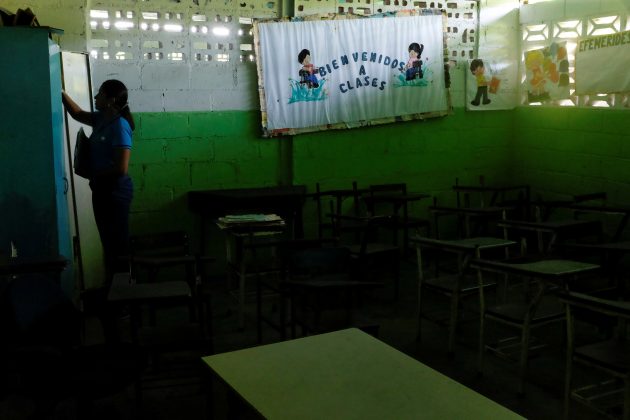 A teacher stands next to a billboard that reads "Welcome to classes" and empty desks in a classroom on the first day of school, in Caucagua, Venezuela September 17, 2018. REUTERS/Marco Bello