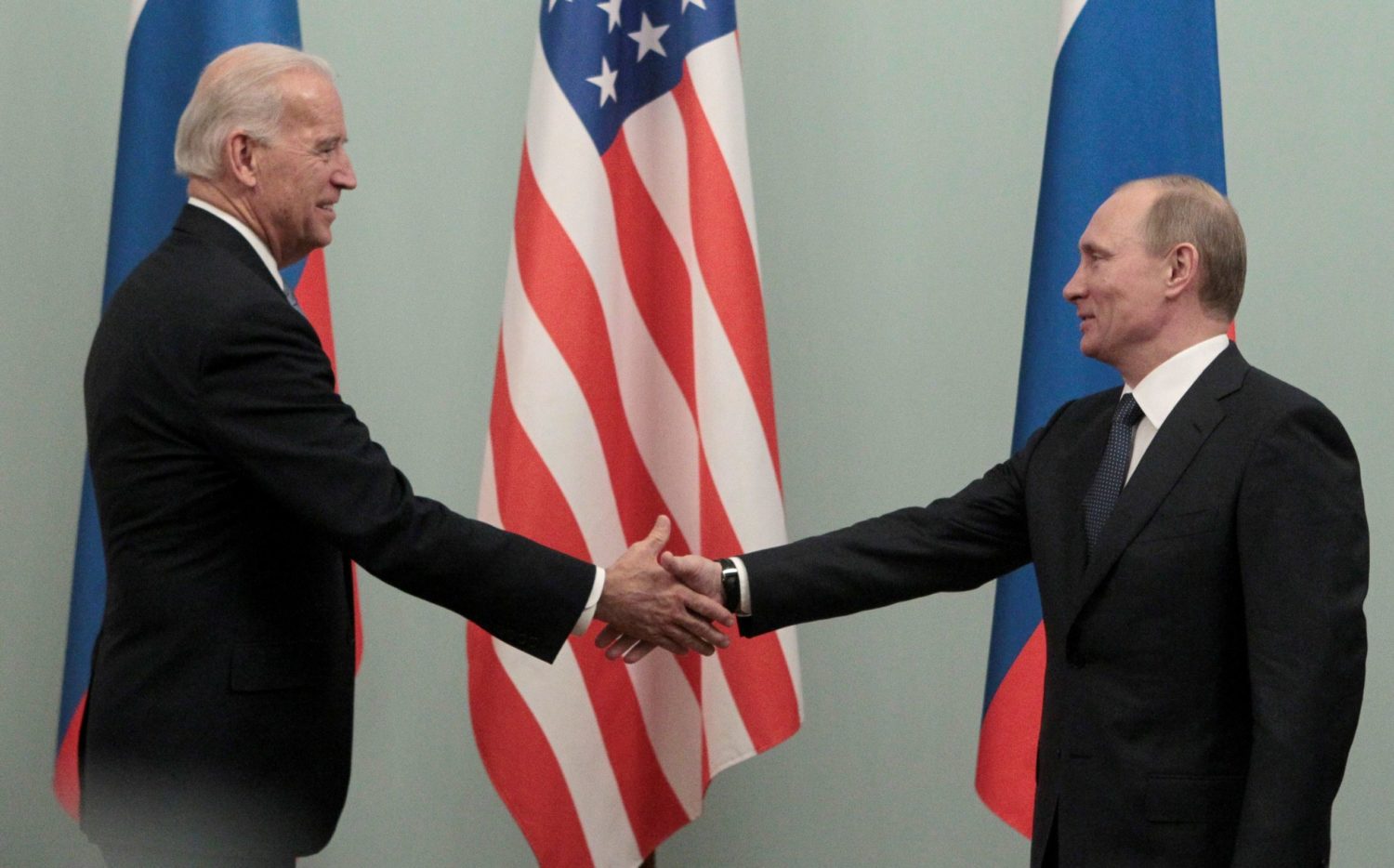 By Andrew Osborn and Tom Balmforth

MOSCOW (Reuters) -The Kremlin said on Wednesday that a summit between Russian President Vladimir Putin and his U.S. counterpart Joe Biden would be contingent on U.S. behavior after reportedly telling Washington to scrap a plan to impose new sanctions on Russia.

Biden, in a phone call on Tuesday, proposed a summit of the estranged leaders to tackle a raft of disputes and told Moscow to reduce tensions over Ukraine triggered by a Russian military build-up.

Moscow says the build-up is a three-week snap military drill in response to what it calls threatening behavior from NATO and has said the exercise is due to wrap up within two weeks.

Putin’s spokesman said on Wednesday that the proposed summit, in a yet to be chosen European country, was contingent on future U.S. behavior in what looked like a thinly veiled reference to potential U.S. sanctions.

“Of course, further work on this proposal to meet in a European country will only be possible taking into account an analysis of the actual situation and further steps from our counterparts,” Peskov was cited as saying by the RIA news agency.

Russia-U.S. ties slumped to a new post-Cold War low last month after Biden said he thought Putin was a “killer” and Moscow recalled its ambassador to Washington for consultations. The envoy has still not returned almost a month later.

Peskov played down the prospect of a summit earlier on Wednesday, saying it was too early to talk about it in tangible terms.

“It’s a new proposal and it will be studied,” Peskov told reporters, saying no preparations for the summit were yet underway.

‘DECISIVE RESPONSE’ TO ANY SANCTIONS

The U.S. embassy did not immediately comment on the meeting, but the RIA news agency reported that Ushakov had told Sullivan that Moscow would “act in the most decisive way possible” if the United States undertook any new “unfriendly steps” such as imposing sanctions.

Russia has been preparing to be hit by new sanctions since Biden said last month that Putin would pay a price for alleged Russian meddling in the November 2020 U.S. presidential election. Moscow denies interfering.

Tensions between Washington and Moscow are strained too by the expected imminent arrival of two U.S. warships in the Black Sea, a step Moscow has called an unfriendly provocation designed to test its nerves.

The Russian navy began a military exercise in the Black Sea on Wednesday ahead of their expected arrival.

U.S. Secretary of State Antony Blinken is in Brussels on Wednesday for talks with NATO allies about a range of subjects, including Russia and Ukraine.

In a sign that the crisis over Ukraine remains tense, Ukraine’s armed forces rehearsed repelling a tank and infantry attack near the border of Russian-annexed Crimea on Wednesday.