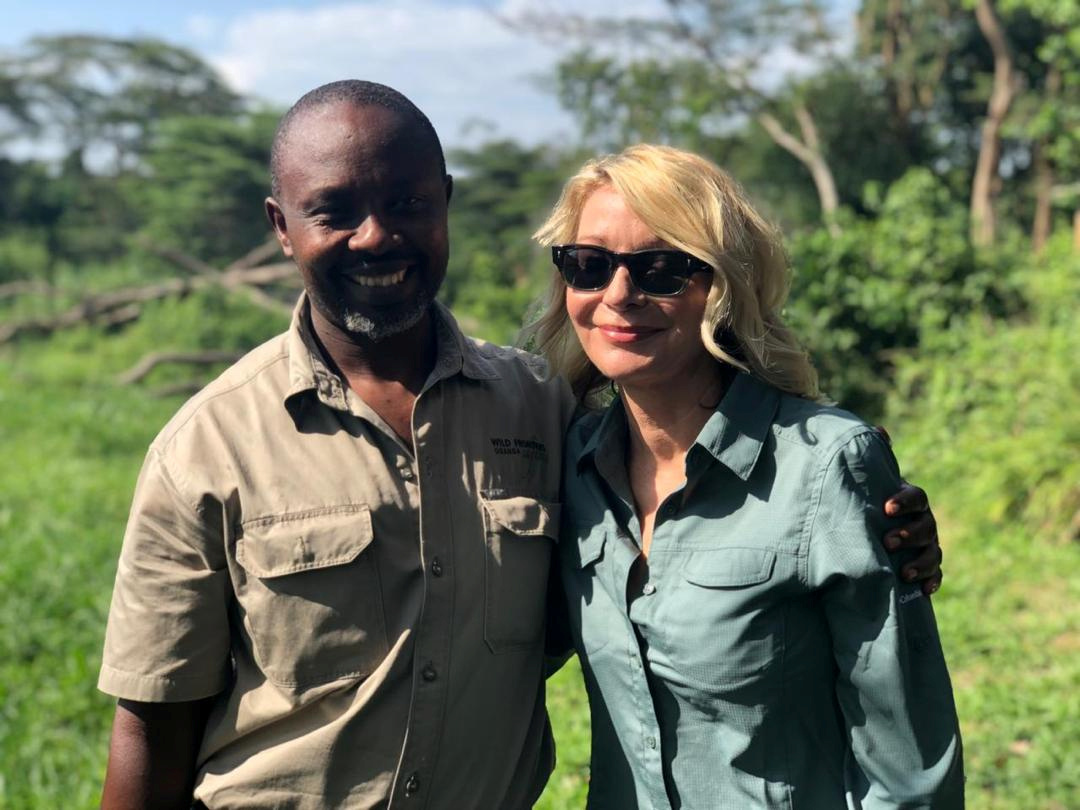 KAMPALA (Reuters) – Uganda said Tuesday some suspects had been arrested in connection with last week’s kidnap of an American tourist and her tour guide in a national park while a minister told a local TV that a ransom had been paid to free them.

Tourist Kimberley Sue Endecott, 35, and guide Jean Paul Mirenge-Remezo were ambushed and seized by gunmen as they drove in Queen Elizabeth National Park in the country’s southwest near the border with Democratic Republic of Congo on April 2.

It’s one of Uganda’s most visited parks, home to antelopes, lions, elephants, hippos, crocodile and leopards.

The kidnappers later demanded a ransom of $500,000. On Sunday Ugandan security officials said they had rescued the pair unharmed near the border.

In a statement on Tuesday, police said: “The joint security team actively investigating the kidnapping incident … has made some arrests of suspects, on suspicion of being involved.”

Police did not give details about the suspects but said they had been detained during “raids and extensive searches” in Kanungu district, more than 400 km (250 miles) southwest of the capital Kampala.

On Tuesday, junior tourism minister, Godfrey Kiwanda Ssubi, told NBS TV that a ransom was paid to secure the victims.

“Whatever these people (kidnappers) demanded for was paid,” Ssubi said.

“The money had to be taken … everything was done to save the lives of these people.”

Ugandan security officials had earlier refused to acknowledge the payment despite several reports in local and international media.

The United States has maintained it follows a policy of no concessions to kidnappers although the tour firm that arranged the safari told Reuters the captives were released after a “negotiated settlement” with the assistance of the US government.

In a tweet on Monday, U.S. President Donald Trump urged Ugandan authorities to find the perpetrators and bring them to justice “openly and quickly”. 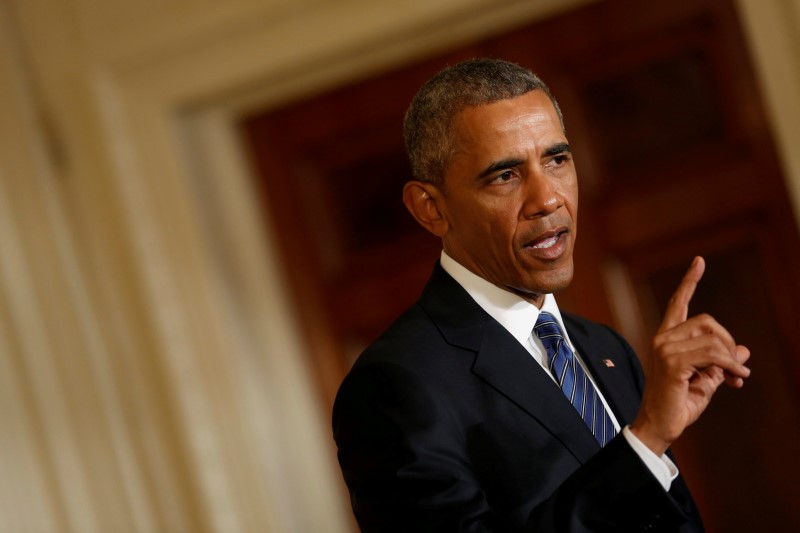 WASHINGTON (Reuters) – The Obama administration said on Wednesday that $400 million in cash paid to Iran soon after the release of five Americans detained by Tehran was not ransom for them as some Republicans have charged.

The five, including Washington Post reporter Jason Rezaian, were released on Jan. 16 in exchange for seven Iranians held in the United States for sanctions violations. The prisoner deal coincided with the lifting of international sanctions against Tehran.

At the time, the United States said it had settled a longstanding Iranian claim at the Iran-U.S. Claims Tribunal in The Hague, releasing $400 million in funds frozen since 1981, plus $1.3 billion in interest that was owed to Iran.

The funds were part of a trust fund Iran used before its 1979 Islamic Revolution to buy U.S. military equipment that was tied up for decades in litigation at the tribunal.

“The link between prisoner release and payment to Iran are completely false,” State Department spokesman John Kirby said on Twitter in response to a Wall Street Journal article that Washington secretly organized the cash airlift.

White House spokesman Josh Earnest heatedly beat back suggestions the money transfer to Iran was ransom, or a secret.

“The United States, under President Obama, has not paid a ransom to secure the release of Americans unjustly detained in Iran and we’re not going to pay a ransom,” he said at a daily White House briefing.

Earnest said the Republicans who have long opposed the Iran nuclear deal are seizing on how the money was paid to Iran as a way to undermine the deal. “They’re struggling to justify their opposition to our engagement with Iran,” he said.

“I understand the interest in details for a more colorful story but I don’t understand what this does to the broader outlines of an agreement that has been in place for six months now.”

While there have long been questions about the timing of the payment to Tehran, one Iranian concern was that the Obama administration would face too much domestic political criticism if it delayed acting on the tribunal’s decision.

Due to the international sanctions against Iran, the payment, made in euros, Swiss francs and other currencies, had to be made in cash.

“Our incompetent Secretary of State, Hillary Clinton, was the one who started talks to give 400 million dollars, in cash, to Iran. Scandal!” Trump said in a Twitter post.

Republican National Committee spokesman Reince Priebus also weighed in. “The Obama-Clinton foreign policy not only means cutting a dangerous nuclear deal with the world’s number one state sponsor of terrorism, it also means paying them a secret ransom with cargo planes full of cash,” he said in a statement.

House Speaker Paul Ryan was more measured, saying that: “If true, this report confirms our longstanding suspicion that the administration paid a ransom in exchange for Americans unjustly detained in Iran.” 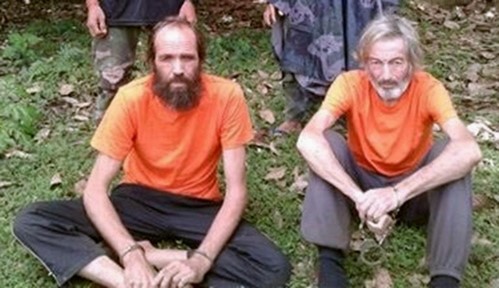 MANILA (Reuters) – A senior Philippine army general on Wednesday resumed a push for martial law to be imposed on a troubled southern island where Islamist militants beheaded a Canadian captive, despite a recent decision by President Benigno Aquino not to adopt such curbs.

On Monday, militants of Abu Sayyaf, a small but brutal group linked to al Qaeda, executed Robert Hall on the remote island of Jolo, the second Canadian captive to be killed following John Ridsdel, after their ransom demand went unheeded.

“Declare martial law, that is a right move,” said a senior Philippine army general, who declined to be identified as he was not authorized to speak to the media.

“If you want to immediately solve the problem, there should be a total control by the military in the area.”

Emergency powers were needed because the Abu Sayyaf was using its ransom proceeds to buy the loyalties of the surrounding community, he added.

Aquino said he considered declaring martial law on Jolo three weeks ago but decided against it because there was no guarantee it would work.

“You would need a large force to implement martial law and there is no guarantee it will produce positive results,” he told reporters on a visit to Jolo to inspect troops pursuing Abu Sayyaf militants.

“It might generate more sympathy for the Abu Sayyaf.”

Aquino said he spoke with the prime ministers of Canada and Norway by telephone, thanking them for their understanding and support of his government’s no-ransom policy.

He said he apologized to Prime Minister Justin Trudeau for the death of Robert Hall and John Ridsdel, who was executed in April.

Trudeau has condemned Hall’s execution, but said Canada cannot, and will not, pay ransom in such cases because it could encourage additional kidnappings.

Abu Sayyaf had initially demanded one billion pesos ($21.7 million) for each of the detainees, but cut that to 300 million early this year.

“Our family, even in our darkest hour, agrees wholeheartedly with Canada’s policy of not paying ransom,” it said in a statement.

Abu Sayyaf, based in the south of the mainly Roman Catholic Philippines, is known for kidnapping, beheadings and extortion.

Security is precarious in the southern Philippines despite a 2014 peace pact between the government and the largest Muslim rebel group that ended 45 years of conflict.

In 2009, the Philippines imposed martial law on the southern Muslim-dominated province of Maguindanao after 58 people were murdered in political violence there. 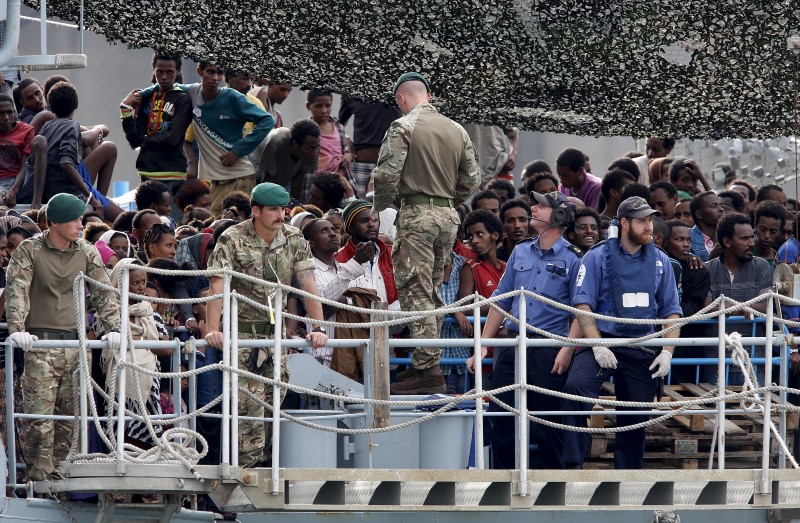 ROME (Reuters) – Italian police arrested seven people on Wednesday for running a people-smuggling ring in which Somali boat migrants who reached Italy by boat were held prisoner until their families paid their passage further north, a statement said.

A court in Catania in eastern Sicily ordered that 13 people be detained for running the smuggling operation, but only seven were picked up. The others were thought to be living abroad.

The investigation, dubbed “Somalia Express”, raided nine apartments in and around Catania used by the group to hold migrants in lieu of payment. Thirty-seven Somalis were freed from the apartments when the arrests were made, including three minors, the police statement said.

Families used pre-paid credit cards, or hawala, an informal payment system based on personal relationships, to pay off the smugglers, who would pick them up from migrant shelters in Sicily and neighboring Calabria, at the southern end of the Italian peninsula.

The money was then used to buy bus or train tickets for the migrants to send them to their final destination further north in Europe or within Italy, and for fake documents that allowed them to move freely, police said.

“These organized networks could continue to grow. We’re not optimistic,” Catania police chief Marcello Cardona told reporters after the arrests. Catania investigators broke up a similar group focused on Eritrean migrants in 2014.

As of May 10, 31,250 migrants had reached Italy by boat this year, a 14 percent decline from the same period last year, according to the Interior Ministry. This year, about 2,500 Somalis have reached Italy, compared with 12,176 last year.

Italy is one of the front-line countries in Europe’s worst migration crisis since World War Two. More than 320,000 came to Italy by boat in 2014-15, fleeing poverty and persecution at home and seeking a better life in Europe.