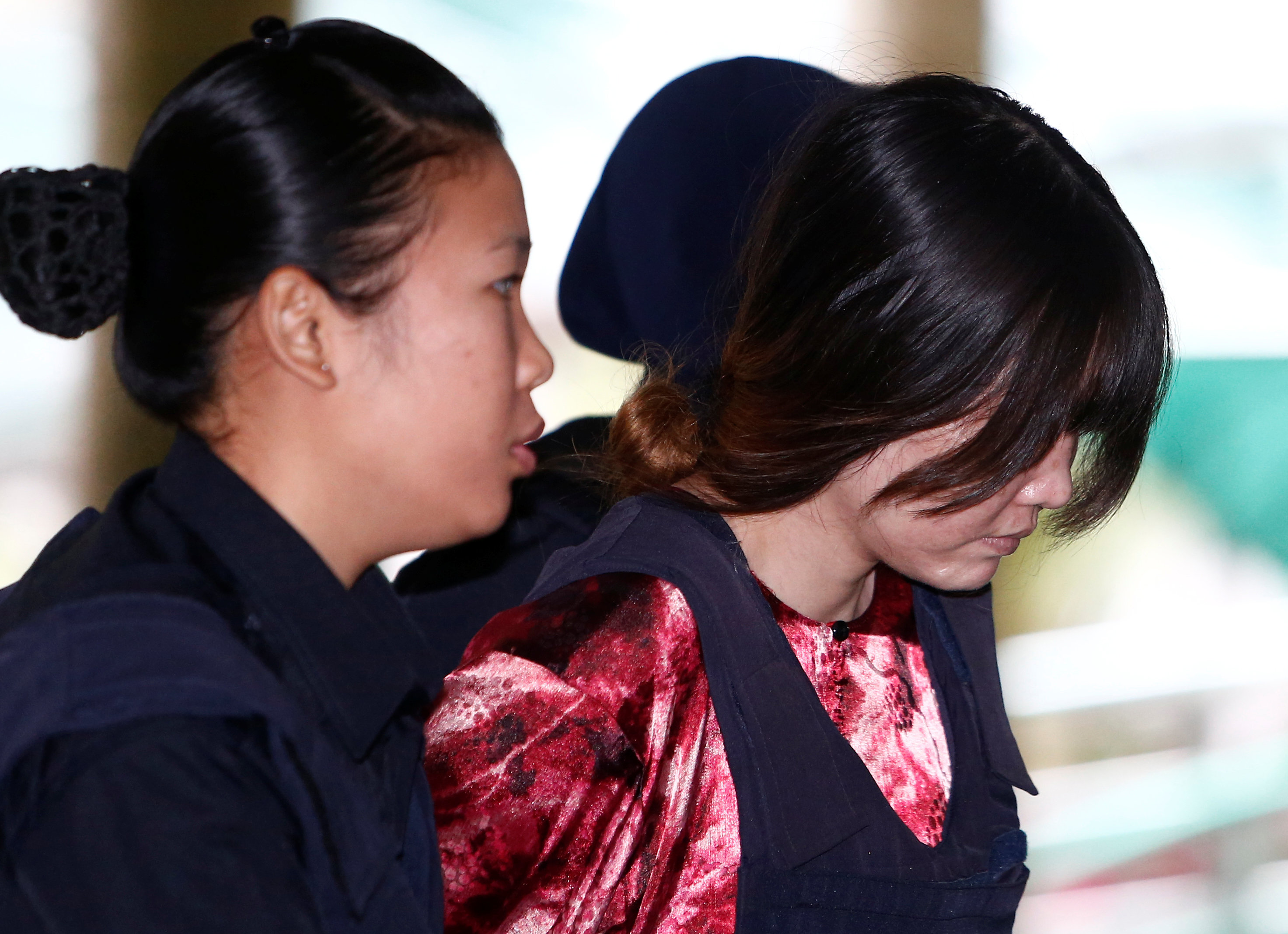 KUALA LUMPUR (Reuters) – Malaysian prosecutors in the trial of two women accused of the poison murder of the North Korean leader’s estranged half-brother will call their final witnesses in coming weeks as the defence zeroes in on the motive behind the sensational killing.

Indonesian Siti Aisyah and Doan Thi Huong, a Vietnamese, are charged with murdering Kim Jong Nam by smearing his face with VX, a chemical poison banned by the United Nations, at Kuala Lumpur airport on Feb. 13 last year.

The women have pleaded not guilty, saying they thought they were involved in some sort of prank for a reality TV show. Four North Koreans who were also charged in the killing have fled the country, prosecutors say.

The two women face the death penalty if convicted.

A total of 29 witnesses have testified for the prosecution in the trial, which resumed Monday after a two-month interval.

“We hope to complete questioning of all witnesses by March,” he told reporters outside the court, adding that hearings have been scheduled until May.

Prosecutors have screened video recordings in court showing the women meeting the four fugitives at the airport prior to the attack on Kim Jong Nam. The video also shows one of the women appearing to smear something on Kim’s face.

Expert witnesses also testified that traces of VX were found on the clothing of both women, while Kim Jong Nam suffered seizures and showed symptoms of nerve agent poisoning before his death.

Defence lawyers have argued the killing was politically motivated, with many key suspects linked to the North Korean embassy in Kuala Lumpur, suggesting the two women were merely unwitting pawns in the attack.

Gooi Soon Seng, Siti Aisyah’s lawyer, accused prosecutors of taking “a simplistic approach” to the case by failing to address the women’s motives.

“The prosecution’s whole case is based only on the CCTV recordings and the VX found on the two women – basically showing that their actions led to the victim’s death.

“But we still don’t know what motive these women had (for killing him),” he told reporters during a break in Monday’s hearing.

Airport videos showed three of the fugitives were driven to the murder site in a car bought by a North Korean embassy official.

The embassy’s second secretary and an official from Air Koryo, North Korea’s state airline, were also seen at the airport helping the men flee.

North Korea has denied accusations by South Korean and U.S. officials that North Korean leader Kim Jong Un’s regime was behind the killing.

The trial resumes on Tuesday.