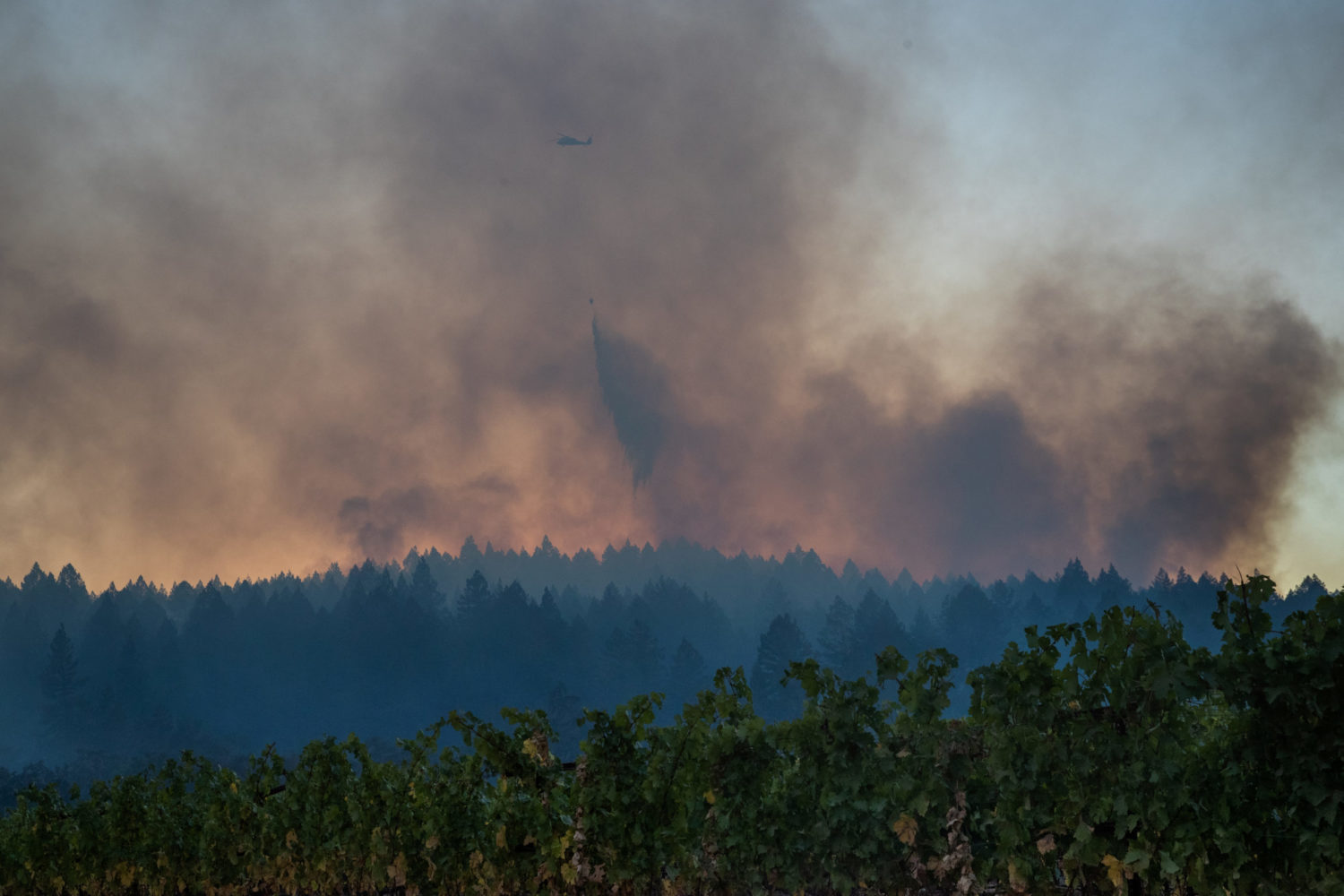 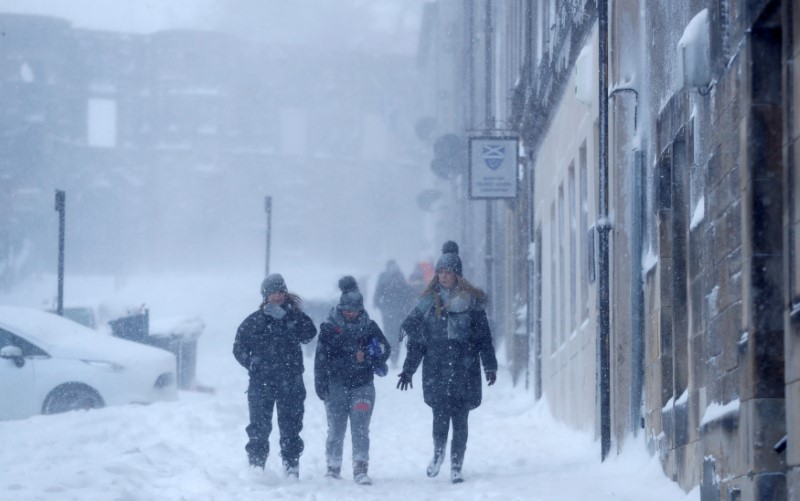 By Conor Humphries and Elisabeth O’Leary

DUBLIN/EDINBURGH (Reuters) – Snowstorms shut most of Ireland on Friday and forced Britain to call in the army to help battle some of the worst weather seen for nearly 30 years.

After a blast of Siberian cold dubbed “the beast from the east”, southern Britain and Ireland were battered by Storm Emma that arrived from the south and blocked roads, grounded planes and stopped trains. 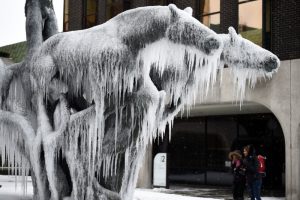 Women take pictures of a statue of horses that is frozen over in the city centre of Dublin, Ireland, March 1, 2018. REUTERS/Clodagh Kilcoyne

At the peak of the storm, over 100,000 homes and businesses were left without power. On Friday the Irish stock exchange was shut, as were all schools and most government offices as a status Red weather alert remained across most of Ireland.

“The country needs to more or less stay in hibernation today,” deputy prime minister Simon Coveney told state broadcaster RTE. “Hopefully we can continue to get through these freak weather conditions without tragedy.”

In Britain, a seven-year-old girl was killed in the far southwestern county of Cornwall after a car crashed into a house in icy conditions, the BBC reported. Dozens of passengers were stranded on trains overnight in southern England.

The army was summoned to help rescue hundreds of drivers stuck in the snow and to transport National Health Service workers. Roads and schools were closed and many flights canceled across Britain.

Weather conditions in Scotland, which initially bore the brunt of the Siberian cold front, improved slightly, but the authorities warned people not to travel on Friday and during the weekend.

Around 30 vehicles were stuck on a road near Aberdeen, the local council said, with many other roads closed due to snow drifts. Residents of the Scottish border area were asked to help dig out roads where a number of motorists were stranded. Care workers in rural areas were moving around in tractors.

“In the current bad weather, I want to say thank you to everyone going the extra mile to keep our country moving – and to keep us safe,” British Prime Minister Theresa May said.

Airbus said its Filton plant in Bristol, which helps make wings for passenger jets, was closed on Friday due to the heavy weather.

Audit firm PwC estimated that the cost of insurance claims by consumers and businesses in United Kingdom to date as a result of the severe weather was at least 15 million pounds, though it was too early to forecast the final bill.

“We have already had over 8,000 road accidents in the past three days and this could increase significantly with more snow set to fall today,” said Mohammad Khan, head of PwC’s general insurance business in Britain.

Social media across the British Isles was dominated by the weather, as some mocked the authorities’ struggles to manage the snowfall while others showed near misses on slippery roads and people abandoning their cars. 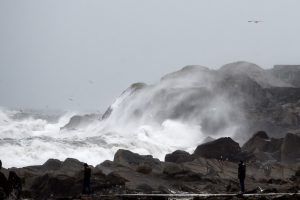 In Dublin, which last saw a major snowfall in 2010, videos posted on social media showed people used bathtubs and baking trays as improvised sleds. Panic-buying of bread left shelves empty across the capital.

Snow and icy conditions continued to cause disruption in southern Europe too. In the Liguria and Emilia-Romagna regions of northern Italy, the weather forced the closure of key sections of major highways and paralyzed rail traffic.

Train service between major cities such as Genoa and Milan and Genoa and Turin, the three points in Italy’s north known as the industrial triangle, was either suspended or suffered from long delays because of ice.

Traffic on secondary, regional roads was backed up after vehicles were diverted onto them from closed highways.

(Additional reporting by Alistair Smout and Carolyn Cohn in London, Tim Hepher in Paris and Philip Pullella in Rome; editing by Mark Heinrich)