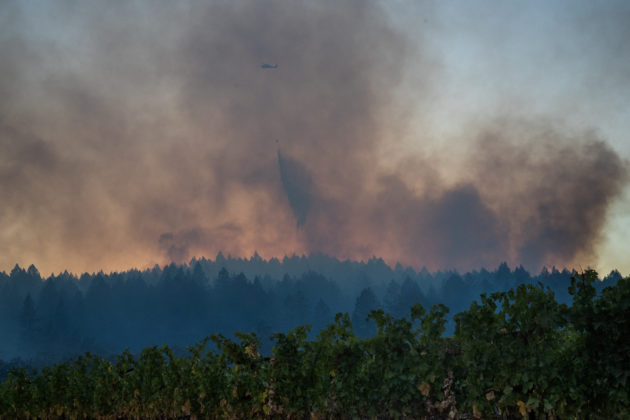 A vineyard is seen in the foreground as a helicopter drops water over the Bothe-Napa Valley State Park which was alight from the Glass Fire in Calistoga, California, U.S. October 3, 2020. REUTERS/Adrees Latif