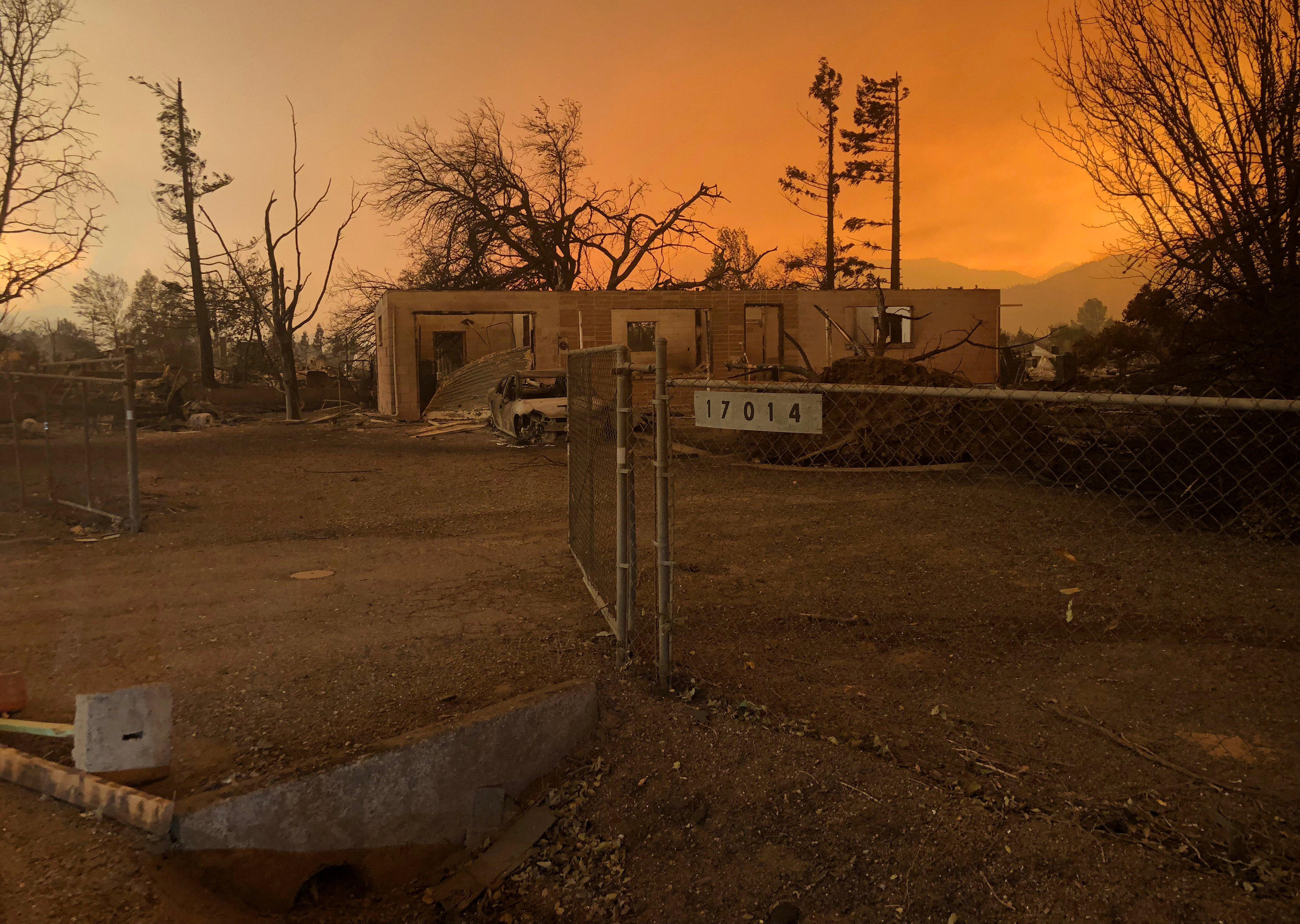 REDDING, Calif. (Reuters) – The “fire tornado” that ripped through Northern California last week forced residents to flee their homes chaotically, many with their pets and little else, people sheltering in Red Cross evacuation centers said.

The blaze, the seventh most destructive in California history, roared suddenly into Redding and adjacent communities after being whipped by gale-force winds into a fire storm that jumped the Sacramento River.

The erratic blaze forced 38,000 people from their homes. Most of them are staying at hotels or with friends and relatives. But nearly 300 are at Red Cross shelters in the Redding area, including retired firefighter Steven Bailey.

Bailey and others at the shelter said the fire’s towering inferno bewildered them.

“It’s tough being on the other side. Being on the engine and going in, that was tough but it was a different type of tough when you get told to leave and you don’t know anything, yeah, so it’s different. I don’t wish anyone to have to experience (it).”

Rob McDonald said he left his home in Shasta County hoping the fire would not make it up the hill where he lives, taking only a few personal items with him.

“Wish I would have grabbed a few other things. I was thinking it wasn’t going to get up there, it was a just ‘in-case’ thing. And it did. And so I’m in limbo, total limbo as to what’s going on up there,” McDonald said.

As the fire approached, people grabbed what they could. For many, that included their furry friends.

Volunteers set up a special hall at the Shasta College evacuation center to cater for people with pets, not only dogs and cats but also rats, pot-bellied pigs and a giant tortoise.

Frank Williams, who managed to bring his dogs but had to leave his pet birds behind, was emotional when recalling how noisy the animals were when they arrived last Friday.

“I can tell you about how quiet it was last night, after the animals being stressed from when we got in here on Friday. You could have heard a pin drop, finally, last night because all the animals were dead tired from barking,” Williams said.

Wildfire evacuations have become a fact of life in California, which is bearing the brunt of an extreme run of wildfires across the U.S. West.

At least 10,000 people have been dislodged in Mendocino County in California’s wine country from two wildfires. Hundreds were evacuated from the Cranston Fire in Riverside County east of Los Angeles last week.

Erratic winds and record high temperatures have fueled blazes that blackened nearly 410,000 acres in California, the state’s highest year-to-date level in a decade.