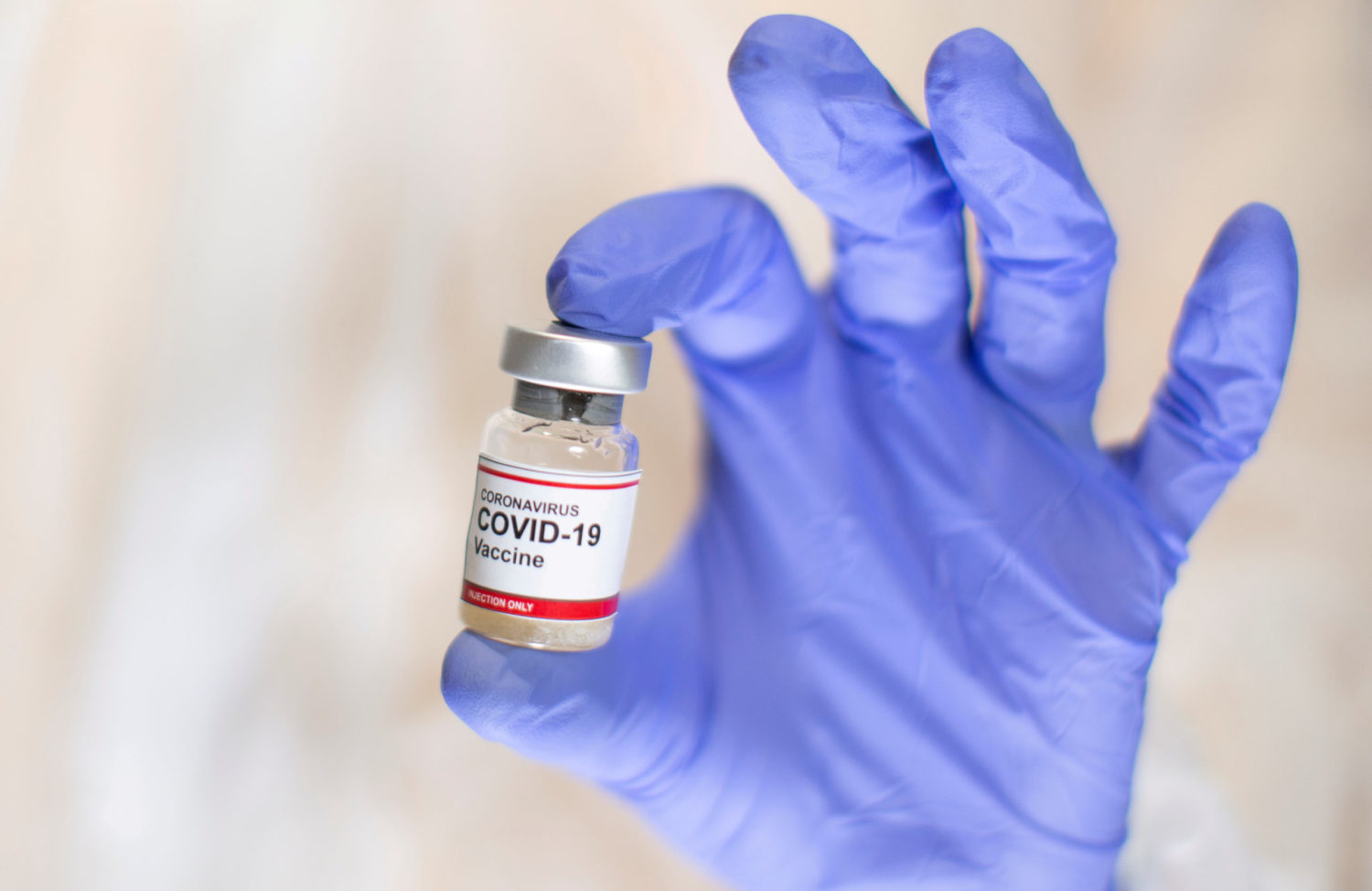 District Council 37 members who have not provided proof of at least one dose of the vaccine will have the option to resign or take a leave of absence and in both cases, employees will maintain their health benefits, the union said in a statement.

Employees without proof of vaccination who have either not submitted an application for an exemption or who have been denied an exemption may be placed on unpaid leave beginning Nov. 1 through Nov. 30, the union said.

It added that employees will remain eligible for health benefits during this time. District Council 37’s vaccination rate among city employees is now 92%.

The New York City mayor had declared his coronavirus vaccination order for emergency responders a success on Monday, with no disruption to city services, despite a sickout by some firefighters who officials said were protesting the mandate.

The mayor’s Oct. 20 order, which police and firefighter union leaders said would cause staff shortages, led to an 11th-hour rush of inoculations that shrank the ranks of the unvaccinated as officials in the largest U.S. city began enforcing the mandate on Monday morning.

Mandate disputes also have erupted in other cities as political leaders, including President Joe Biden, have sought to stem the spread of the highly contagious Delta variant of the coronavirus.

New York City police and firefighter unions also have challenged the mandate. But the Police Benevolent Association of the City of New York said late last month that courts rejected its requests for an emergency order to halt the mandate’s enforcement.

(Reporting by Kanishka Singh in Bengaluru; Editing by Steve Orlofsky) 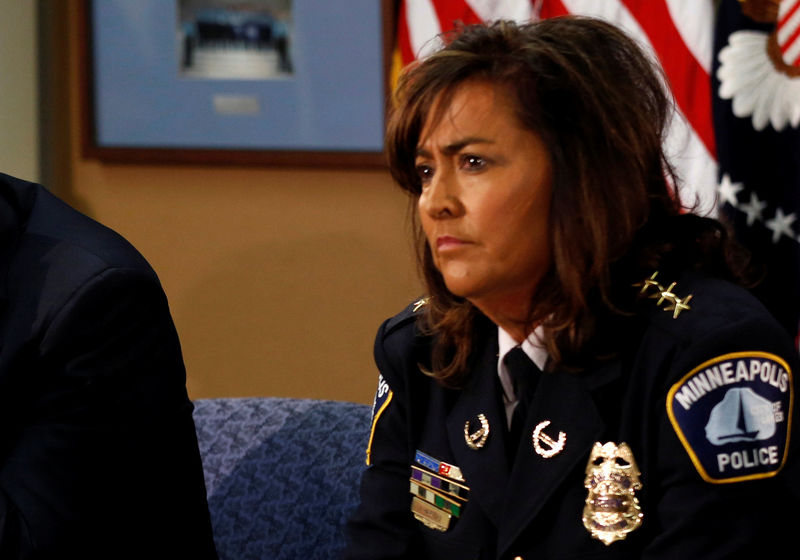 (Reuters) – Minneapolis police chief Janee Harteau resigned on Friday at the request of the city’s mayor, who said that she and the community had lost confidence in Harteau following the fatal police shooting of an unarmed Australian woman.

The death of Sydney native Justine Damond, 40, from a single gunshot wound to the abdomen fired through the open window of a police patrol car, has outraged her family members and the Australian public. Australian Prime Minister Malcolm Turnbull has called it “shocking” and “inexplicable.”

Mayor Betsy Hodges said in a written statement that she and Harteau agreed on Friday that Harteau would step aside.

“I’ve lost confidence in the Chief’s ability to lead us further – and from the many conservations I’ve had with people around our city, especially this week, it is clear that she has lost the confidence of the people of Minneapolis as well,” Hodges said in the statement.

A press conference Hodges called to discuss the personnel change was interrupted by a group of protesters calling for her to resign, a witness video posted on YouTube showed.

“We don’t want you as our mayor of Minneapolis anymore,” a male protester in the video yelled as Hodges nodded slowly and tried repeatedly to resume her remarks but was drowned out.

“Your leadership has been very ineffective. Your police department has terrorized us enough,” he said.

Damond, who was living in Minneapolis and engaged to be married, had called police about a possible sexual assault in her neighborhood just before midnight on Saturday. She was shot as she approached the driver’s side of Mohamed Noor’s and Matthew Harrity’s patrol car.

Harteau’s resignation came a day after she told reporters during her first news conference following Damond’s death that the shooting violated department training and procedures and that the victim “didn’t have to die.”

“Last Saturday’s tragedy, as well as some other recent incidents, have caused me to engage in deep reflection,” she said in a statement. “Despite the MPD’s many accomplishments under my leadership over these years and my love for the city, I have to put the communities we serve first.”

According to the Minnesota Bureau of Criminal Apprehension, Harrity told investigators that Damond approached the squad car immediately after he was startled by a loud noise and that Noor, who was in the passenger seat, fired his weapon through the open driver’s-side window, striking Damond.

Noor has refused to be interviewed by the agency, which is conducting the investigation.

The police department said on Friday that bureau investigators had interviewed a person who was bicycling in the area immediately before the shooting and watched as the officers provided medical assistance to Damond. No further details were provided.

Hodges said Assistant Chief Medaria Arradondo would become police chief, and the department’s website on Friday evening had been updated to reflect it.

Harteau, a 30-year veteran of the department, was the first woman to lead it and is also openly gay. She was criticized for the department’s handling of the fatal 2015 shooting of 24-year-old black man Jamar Clark, who was unarmed.

The shooting of Clark touched off protests in Minneapolis at a time of fierce national debate over the use of excessive force by police, especially against black people.

Hundreds of people also took to the streets of Minneapolis to protest Damond’s shooting. 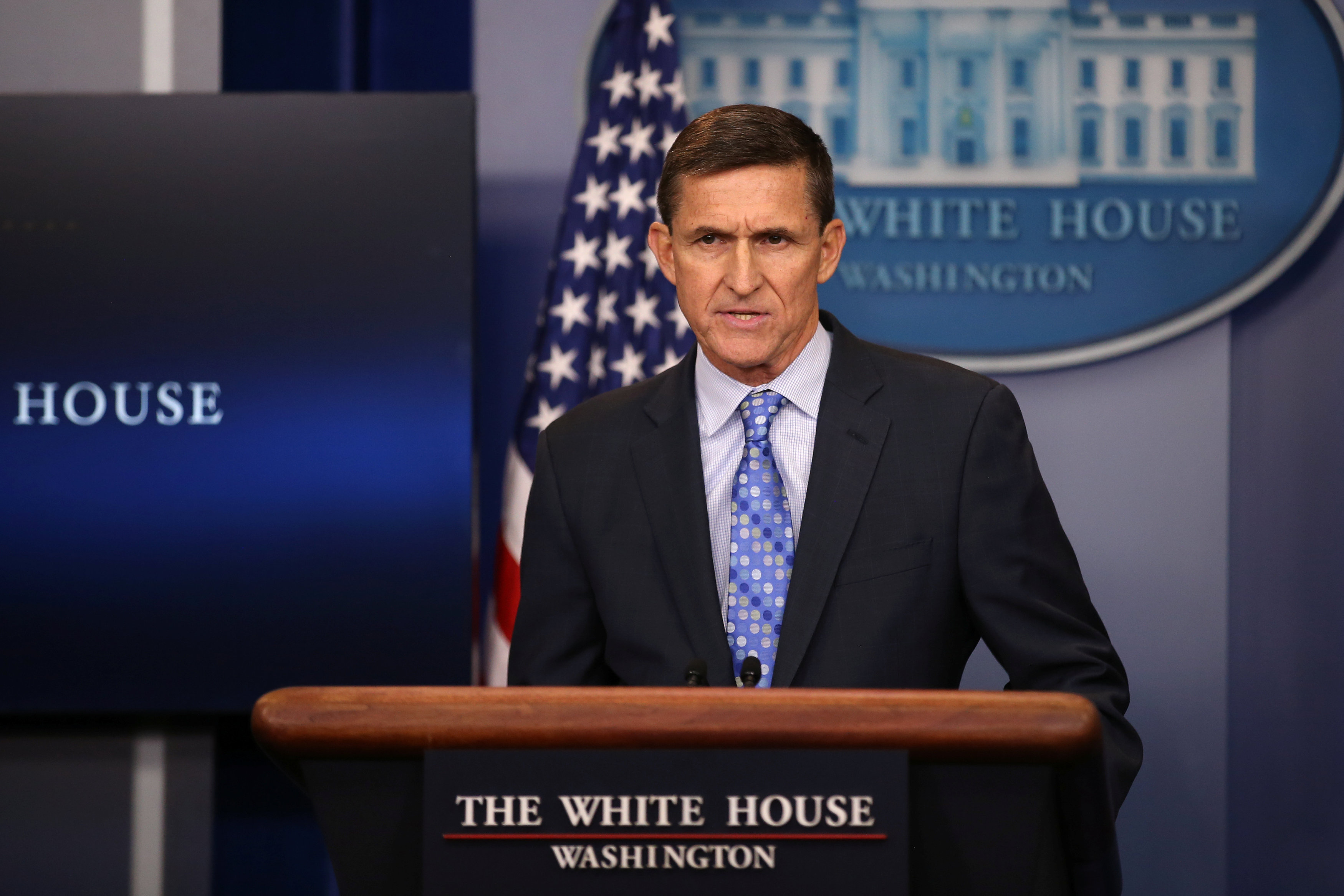 WASHINGTON (Reuters) – President Donald Trump’s national security adviser, Michael Flynn, resigned late on Monday after revelations that he had discussed U.S. sanctions on Russia with the Russian ambassador to the United States before Trump took office and misled Vice President Mike Pence about the conversations.

Flynn’s resignation came hours after it was reported that the Justice Department had warned the White House weeks ago that Flynn could be vulnerable to blackmail for contacts with Russian ambassador Sergey Kislyak before Trump took power on Jan. 20.

Flynn’s departure was a sobering development in Trump’s young presidency, a 24-day period during which his White House has been repeatedly distracted by miscues and internal dramas.

The departure could slow Trump’s bid to warm up relations with Russian President Vladimir Putin.

Flynn submitted his resignation hours after Trump, through a spokesman, pointedly declined to publicly back Flynn, saying he was reviewing the situation and talking to Pence.

Flynn had promised Pence he had not discussed U.S. sanctions with the Russians, but transcripts of intercepted communications, described by U.S. officials, showed that the subject had come up in conversations between him and the Russian ambassador.

Such contacts could potentially be in violation of a law banning private citizens from engaging in foreign policy, known as the Logan Act.

Pence had defended Flynn in television interviews and was described by administration officials as upset about being misled.

“Unfortunately, because of the fast pace of events, I inadvertently briefed the vice president-elect and others with incomplete information regarding my phone calls with the Russian ambassador. I have sincerely apologized to the president and the vice president, and they have accepted my apology,” Flynn said in his resignation letter.

Retired General Keith Kellogg, who has been chief of staff of the White House National Security Council, was named the acting national security adviser while Trump determines who should fill the position.

Kellogg, retired General David Petraeus, a former CIA director, and Robert Harward, a former deputy commander of U.S. Central Command, are under consideration for the position, a White House official said. Harward was described by officials as the leading candidate.

A U.S. official confirmed a Washington Post report that Sally Yates, the then-acting U.S. attorney general, told the White House late last month that she believed Flynn had misled them about the nature of his communications with the Russian ambassador.

She said Flynn might have put himself in a compromising position, possibly leaving himself vulnerable to blackmail, the official said. Yates was later fired for opposing Trump’s temporary entry ban for people from seven mostly Muslim nations.

A U.S. official, describing the intercepted communications, said Flynn did not make any promises about lifting the sanctions.

But he did indicate that sanctions imposed by President Barack Obama on Russia for its Ukraine incursion “would not necessarily carry over to an administration seeking to improve relations between the U.S. and Russia,” the official said.

Flynn, a retired U.S. Army lieutenant general, was an early supporter of Trump and shares his interest in shaking up the establishment in Washington. He frequently raised eyebrows among Washington’s foreign policy establishment for trying to persuade Trump to warm up U.S. relations with Russia.

A U.S. official said Flynn’s departure, coupled with Russia’s aggression in Ukraine and Syria and Republican congressional opposition to removing sanctions on Russia, removes Trump’s most ardent advocate of taking a softer line toward Putin.

Another official said Flynn’s departure may strengthen the hands of some cabinet secretaries, including Defense Secretary Jim Mattis and Secretary of State Rex Tillerson.

However, the second official said, Flynn’s exit could also reinforce the power of presidential aides Steve Bannon and Stephen Miller, whom he described as already having the president’s ear.

Congressional Democrats expressed alarm at the developments surrounding Flynn and called for a classified briefing by administration officials to explain what had happened.

“We are communicating this request to the Department of Justice and FBI this evening,” said Democratic representatives John Conyers of Michigan and Elijah Cummings of Maryland.

U.S. Representative Adam Schiff of California, ranking Democrat on the House Permanent Select Committee on Intelligence, said Flynn’s departure does not end the questions over his contacts with the Russians.

“The Trump administration has yet to be forthcoming about who was aware of Flynn’s conversations with the ambassador and whether he was acting on the instructions of the president or any other officials, or with their knowledge,” Schiff said.

“Washington D.C. can be a rough town for honorable people, and Flynn — who has always been a soldier, not a politician —deserves America’s gratitude and respect,” he said.