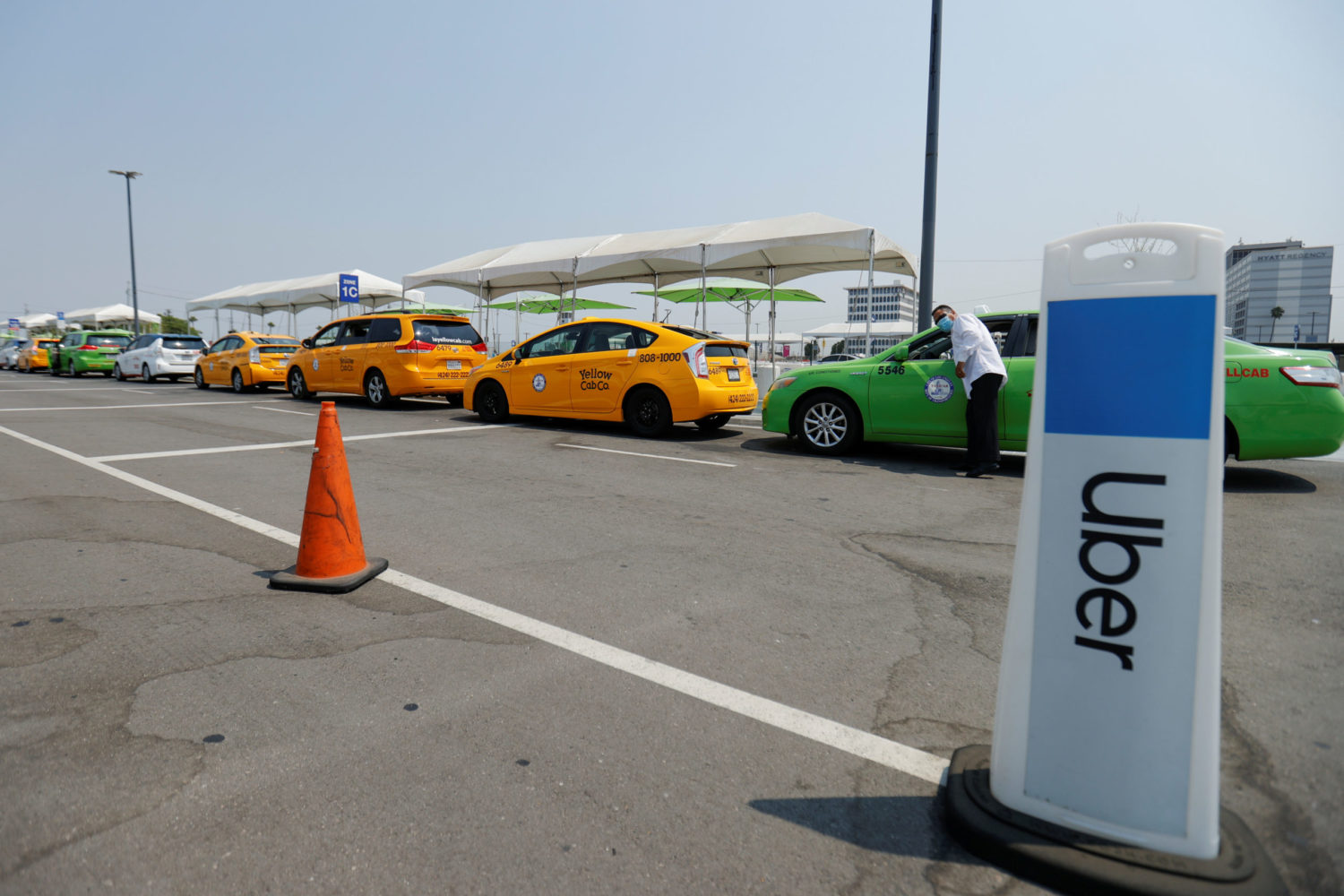 (Reuters) – Uber Technologies Inc on Tuesday said every vehicle on its global ride-hailing platform will be electric by 2040, and it vowed to contribute $800 million through 2025 to help drivers switch to battery-powered vehicles, including discounts for vehicles bought or leased from partner automakers.

Uber, which as of early February said it had 5 million drivers worldwide, said it formed partnerships with General Motors and the Renault, Nissan, Mitsubishi alliance.

In addition to the vehicle discounts, Uber said the $800 million includes discounts for charging and a fare surcharge for electric and hybrid vehicles, the cost of which would be partially offset by an additional small fee charged to customers who request a “green trip.”

Uber said that vehicles on its rides platform in the United States, Canada and Europe will be zero-emission by 2030, taking advantage of the regulatory support and advanced infrastructure in those regions.

The deals with GM and the Renault alliance focus on the U.S., Canada and Europe. Uber said it was discussing partnerships with other automakers.

Uber’s plan follows years of criticism by environmental groups and city officials over the pollution and congestion caused by ride-hail vehicles and calls for fleet electrification.

Lyft Inc, Uber’s smaller U.S. rival, in June promised to switch to 100% electric vehicles by 2030, but said it would not provide direct financial support to drivers.

Uber said its goal is to reduce the overall cost of ownership for electric vehicles, which are currently more expensive than gasoline cars.

The company also released data on its emission footprint and said it would publish reports going forward.

Before the pandemic, electric cars accounted for only 0.15% of all U.S. and Canadian Uber trip miles – roughly in line with average U.S. electric car ownership. At around 12%, the share of plug-in hybrid and hybrid cars was roughly five times as high as the U.S. average.

Ride-hail trips overall account for less than 0.6% of transportation-sector emissions, according to U.S. data, but the total number of on-demand vehicles has significantly increased since Uber’s launch nearly a decade ago, with 7 billion trips last year, according to Uber’s February investor presentation.

Uber said its U.S. and Canadian trips with a passenger produce 41% more carbon dioxide per mile than an average private car once miles spent cruising between passengers are included.

Uber’s plans could be a boon to the auto industry. Stricter environmental regulation, particularly in Europe, is forcing automakers to invest billions to overhaul their operations while consumer demand for electric vehicles remains subdued. Uber is also working with BP, EVgo and other global charging providers to provide discounts and expand the location of charging stations for ride-hail drivers – generally considered a main hurdle to wider EV adoption. Beginning on Tuesday, all U.S. and Canadian Uber drivers in a fully battery-powered electric vehicle will receive $1 extra per trip, and an additional 50 cents in major U.S. cities if passengers choose to pay extra when booking a “green trip.” 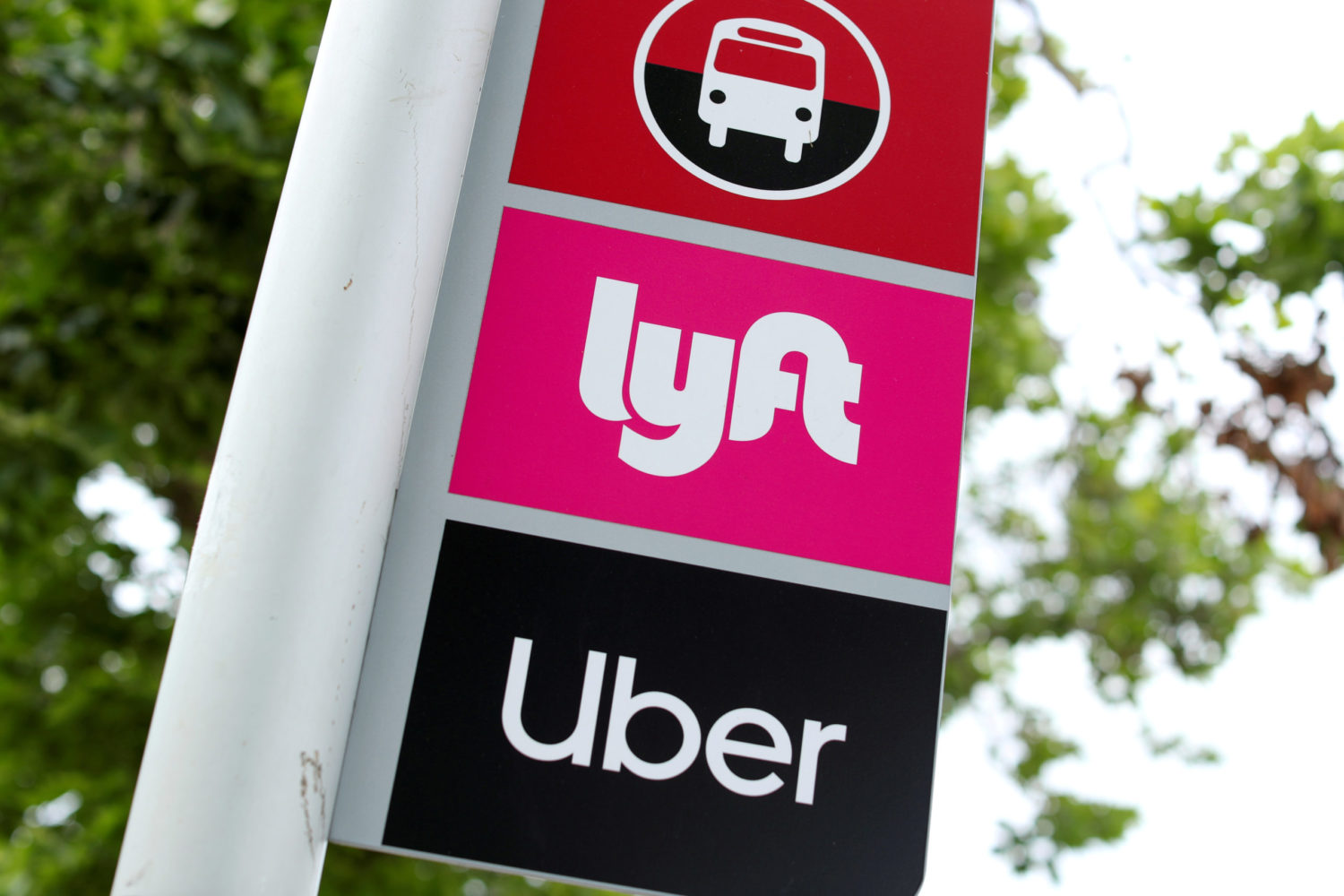 (Reuters) – Uber Technologies Inc. and Lyft Inc. are preparing to suspend their ride-hailing services in California beginning on Friday morning unless an appeals court rules at the last minute they cannot be forced to treat their drivers as employees, rather than independent contractors.

Lyft in a blog post on Thursday said it would suspend its California operations at midnight.

Uber in a blog post said it would have to temporarily shut down unless the appeals court intervenes.

The companies have sought the intervention of an appeals court to block an injunction order issued by a judge last week. That ruling forced the companies to treat their drivers as employees starting Thursday after midnight, but Uber and Lyft have said it would take them months to implement the mandate.

The appeals court has not yet intervened.

The threat to suspend service in the most populous U.S. state marks an unprecedented escalation in a long-running fight between U.S. regulators, labor groups and gig economy companies that have upended traditional employment models.

California, a state frequently seen as a leader in establishing policies that are later adopted by other states, in January implemented a new law that makes it difficult for gig companies to classify workers as independent contractors.

A judge on Aug. 10 ruled that Uber and Lyft had to comply with the law beginning on Friday, forcing them to treat their ride service drivers as employees entitled to benefits including minimum wage, sick pay and unemployment insurance.

Uber’s fast-growing food delivery business Eats is not impacted by the shutdown, the company has said. Other gig economy companies, including DoorDash and Instacart, will also be able to continue operating under the contractor model.

The shutdown comes at a time when demand for rides has plummeted amid the coronavirus pandemic, with California among the U.S. states with the slowest recovery, according to the companies.

California represents 9% of Uber’s global rides and Eats gross bookings, but a negligible amount of adjusted earnings, Uber said in November. Lyft, which only operates in the U.S. and does not have a food delivery business, last week said California makes up some 16% of total rides.

Uber and Lyft say the vast majority of their drivers do not want to be employees. The companies say their flexible on-demand business model is not compatible with traditional employment law and advocate for what they call a “third way” between employment and contractor status.

Lyft, Uber, DoorDash, Instacart and Postmates are spending more than $110 million to support a November ballot measure in California, Proposition 22, that would enshrine their “third way” proposal and overwrite the state’s gig worker bill.

Labor groups reject the companies’ claims that current employment laws are not compatible with flexible work schedules and argue the companies should play by the same rules as other businesses. They say the companies’ ballot measure would create a new underclass of workers with fewer rights and protections.

An Aug. 9 poll among Californians by Refield & Wilton showed 41% of voters planned to support the companies’ proposal and 26% oppose it, with the remainder still undecided. 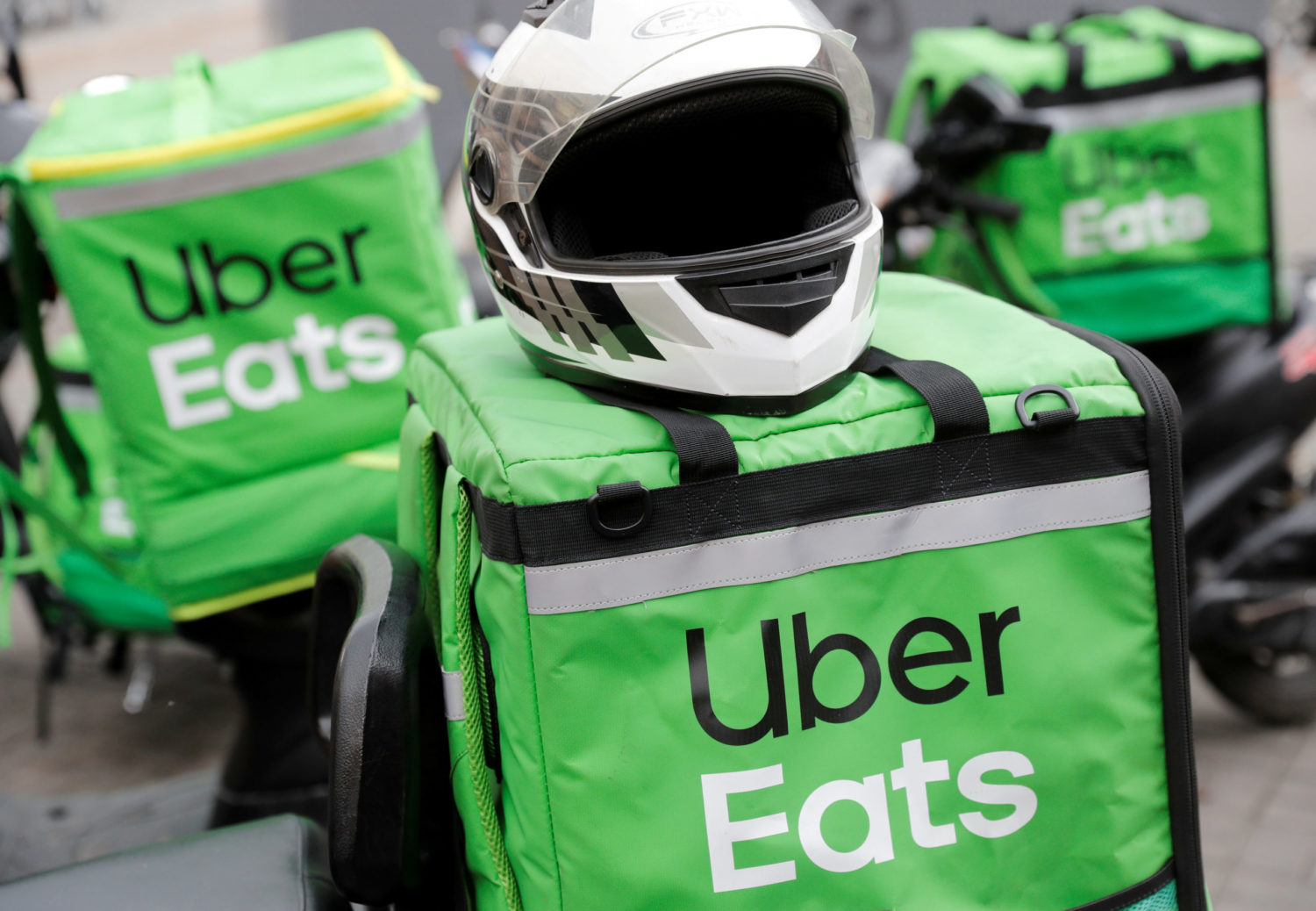 By Tina Bellon and Akanksha Rana

(Reuters) – Home-bound customers of Uber Technologies Inc. more than doubled their orders from the company’s food-delivery service in the second quarter but demand for ride-hailing trips only marginally recovered from pandemic rock-bottom.

The company said that despite those larger challenges it is sticking to its goal of being profitable on an adjusted basis before the end of 2021 thanks to stringent cost-cutting measures and a strong balance sheet. Uber recorded an adjusted loss in earnings before interest, taxes, depreciation and amortization of $837 million in the second quarter.

Ride-hailing trips, in the past responsible for nearly two-thirds of Uber’s revenue, increased 5 percentage points from their low in April, but gross bookings remained down 75% from last year.

Uber’s chief executive officer, Dara Khosrowshahi, told analysts on a conference call on Thursday that rides recovery depended on the ability of different countries to contain the virus, with the recovery so far led by Asia, excluding India.

In Hong Kong and New Zealand, ride bookings at times exceeded pre-COVID-19 levels, while trip requests in Germany, France and Spain have improved to just a 35% decline from a year ago.

The company on Thursday posted a $1.8 billion net loss from April through June, including charges related to laying off 23% of its global workforce during a period when infections of the novel coronavirus continued to spread in the United States, Uber’s largest market.

The number of active platform users across the 69 countries in which Uber operates nearly halved year-over-year, from 99 million to 55 million.

Uber’s second-quarter revenue fell 29% to $2.24 billion from the year prior, beating analysts’ average estimate of $2.18 billion, according to IBES data from Refinitiv.

Revenue at Uber Eats doubled to $1.2 billion, boosted by greater demand for delivery as Americans largely continue to stay home. Uber last month expanded its delivery reach by announcing the acquisition of Postmates Inc for $2.65 billion to expand the business of supplying everyday goods.

Uber’s ride-hailing segment remained battered by the coronavirus crisis, with revenue from the United States and Canada, its largest combined market, declining to $1.25 billion. Nevertheless, ride-hailing was the only segment generating an adjusted EBITDA profit, of $50 million.

Uber said fewer U.S. ride-hail drivers were returning to the platform compared with other countries. Uber faces several legal challenges over the status of its drivers in the United States, with California and Massachusetts suing the company over the alleged mis-classification of drivers as independent contractors.

He also told analysts that Uber’s food-delivery business would be profitable in the vast majority of countries in which it operates within a couple years.

Uber in recent months has closed Eats operations in eight smaller markets, including in Eastern Europe and the Middle East. It also cut losses from its Eats business in India, where it sold its food-ordering business to a local competitor in exchange for a stake in the company.

Uber Eats was also gaining traction in the suburbs, including the outer boroughs of New York City, where the food delivery service is now the market leader, the company said.

Uber executives said cost-cutting was helping to improve margins, along with better route planning and more restaurants relying on its delivery couriers.

(Reporting by Tina Bellon in New York and Akanksha Rana in Bangalore; Editing by Peter Henderson and Matthew Lewis)