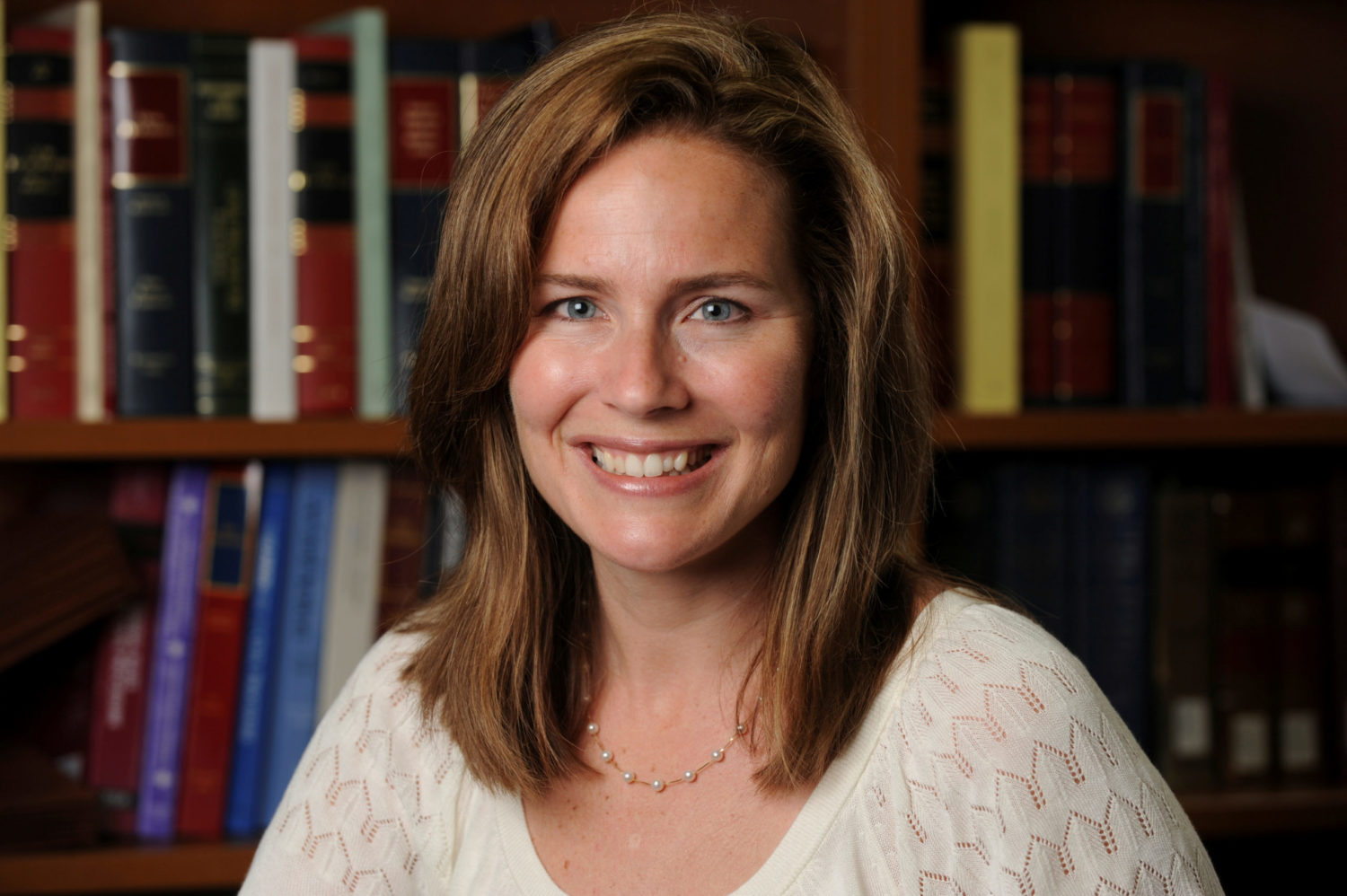 Barrett, if nominated by Trump and confirmed by the Senate for a lifetime post on the Supreme Court, would replace liberal Justice Ruth Bader Ginsburg, who died at age 87 on Friday. Barrett, 48, would give conservatives a 6-3 majority.

A devout Roman Catholic, Barrett is a favorite among religious conservatives. Trump in 2017 appointed Barrett to the Chicago-based 7th U.S. Circuit Court of Appeals, one of the regional appeals courts that are one step below the Supreme Court. On the 7th Circuit, she has voted in favor of one of Trump’s hardline immigration policies and shown support for expansive gun rights.

During her 2017 confirmation hearing for her current post, U.S. Senator Dianne Feinstein told Barrett, “The dogma lives loudly within you.” Barrett told the senators that her religious faith would not affect her decisions as a judge.

Abortion rights groups have expressed concern that on the Supreme Court she could help overturn the landmark 1973 Roe v. Wade decision that legalized abortion nationwide.

Although she has not yet ruled directly on abortion as a judge, Barrett on the 7th Circuit twice signaled opposition to rulings that struck down abortion-related restrictions, voting to have those decisions reconsidered.

In 2018, Barrett was among the 7th Circuit judges who sought reconsideration of a decision that invalidated a Republican-backed Indiana law requiring that fetal remains be buried or cremated after an abortion. The Supreme Court in 2019 reinstated the law.

In 2019, Barrett also voted for rehearing of a three-judge panel’s ruling that upheld a challenge to another Republican-backed Indiana abortion law before it went into effect. The measure would require that parents be notified when a girl under 18 is seeking an abortion even in situations in which she has asked a court to provide consent instead of her parents, as was allowed under existing law. The Supreme Court in July tossed out the ruling and ordered the matter to be reconsidered.

In June, Barrett dissented when a three-judge panel ruled in favor of a challenge to Trump’s policy to deny legal permanent residency to certain immigrants deemed likely to require government assistance in the future. In January, the Supreme Court, powered by its conservative majority, allowed the policy to take effect.

Barrett indicated support for gun rights in a 2019 dissent when she objected to the court ruling that a nonviolent felon could be permanently prohibited from possessing a firearm.

“Founding-era legislatures did not strip felons of the right to bear arms simply because of their status as felons,” Barrett wrote.

Barrett’s extensive prior writings about religion, the role of judges and how courts should treat important legal precedents made her a favorite among social conservatives and conservative Christian leaders even before she became a judge.

After serving as a Supreme Court clerk for Justice Antonin Scalia, a stalwart conservative who died in 2016, and working at a couple of law firms, Barrett returned to Notre Dame as a professor until joining the bench.

Through her past writings, some critics have suggested she would be guided by her religious beliefs rather than the law. In a 1998 law journal article she and another author said that Catholic judges who are faithful to their church’s teachings are morally precluded from enforcing the death penalty and should recuse themselves in certain cases.

Abortion rights groups, worried about preserving the 1973 ruling that a woman has a constitutional right to have an abortion, point to a 2003 law journal article in which Barrett argued that courts could be more flexible in overturning prior “errors” in precedent.

Barrett has also spoken publicly about her conviction that life begins at conception, according to a 2013 article in Notre Dame Magazine.

She is married to Jesse Barrett, a lawyer in private practice and a former federal prosecutor in Indiana. They have seven children, two of whom were adopted from Haiti.

Barrett and her family have been members of a Christian religious group called People of Praise, according to other members.

Craig Lent, the group’s overall coordinator, said in 2018 that the organization, which is officially ecumenical but whose membership is mostly Catholic, centers on close Christian bonds and looking out for one another. They also share a preference for charismatic worship, which can involve speaking in tongues.

Certain leadership positions are reserved for men. And while married men receive spiritual and other advice from other male group members, married women depend on their husbands for the same advice, Lent said.

(Reporting by Andrew Chung and Lawrence Hurley; Additional reporting by Téa Kvetenadze; Editing by Will Dunham) 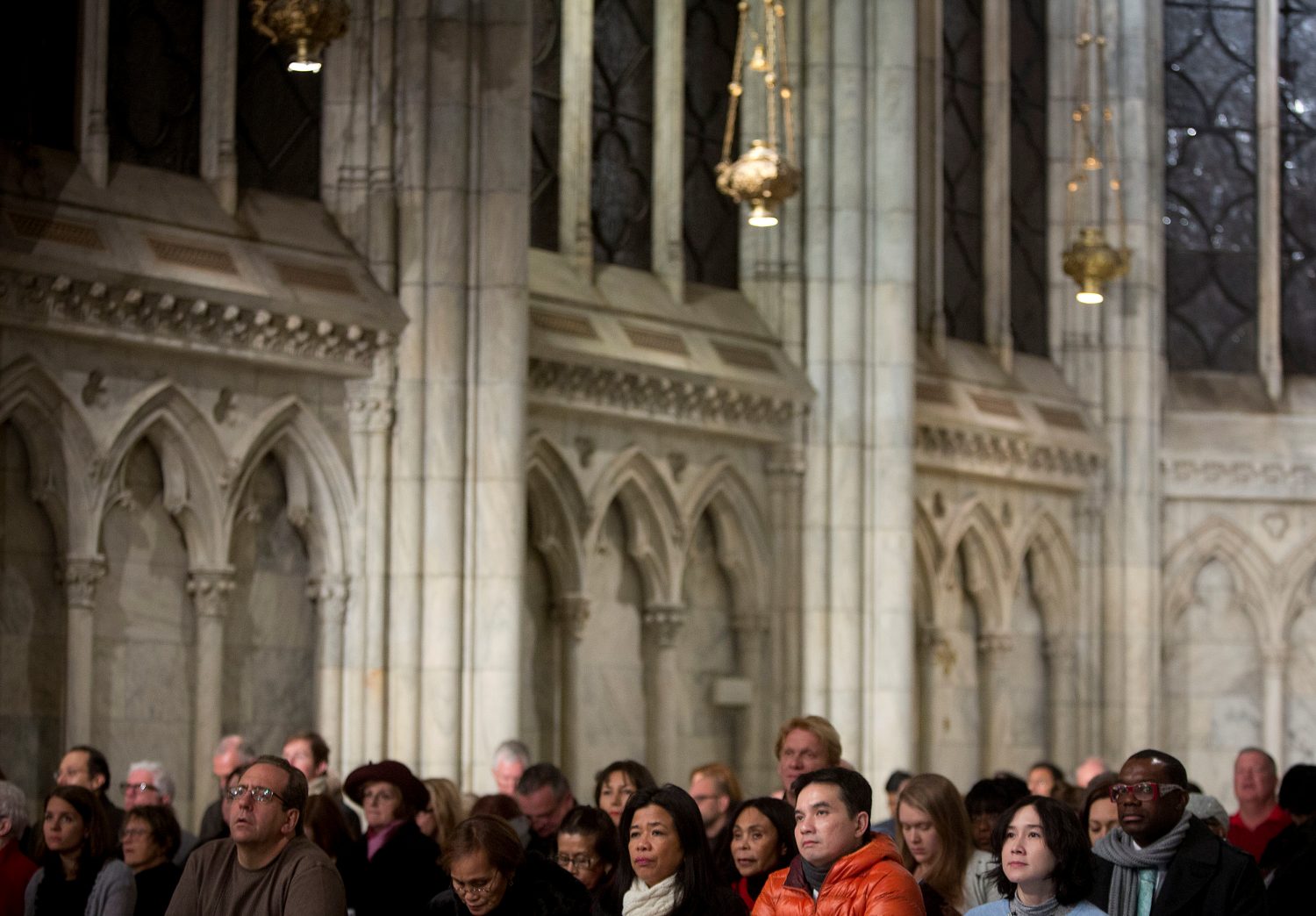