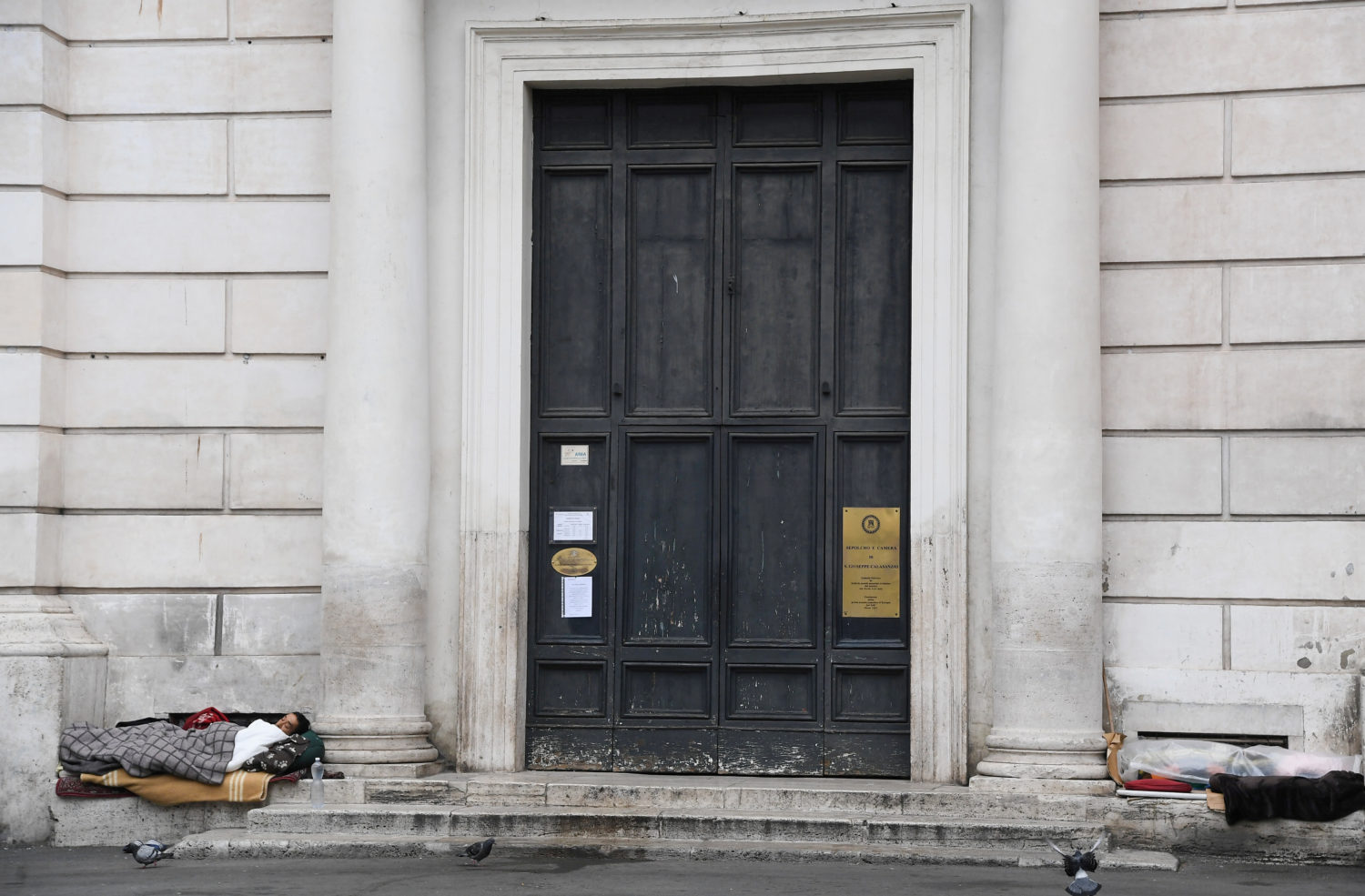 VATICAN CITY (Reuters) – A cardinal on Friday modified his order to close Rome’s churches to help contain the spread of coronavirus after Pope Francis cautioned against “drastic measures” and Catholics took to social media to complain.

Cardinal Angelo De Donatis issued a new decree less than a day after his initial order. Many churches in the Italian capital will now remain open.

Some Catholics accused the cardinal of caving in to the government after his initial decree on Thursday night. Andrea Fauro said on social media the move had put “Christ in quarantine”.

Catholic bishops around the world were deciding how to deal with the pandemic in their own dioceses and what guidance they should give to the 1.3 billion-member Church in places from Little Rock to Lyon.

“Drastic measures are not always good,” the pope said on Friday in improvised remarks at the start of his morning Mass, streamed on the internet and televised live without outside participants in order to limit gatherings of people.

Francis prayed that God give pastors “the strength and even the capacity to choose the best means to help” those suffering from the pandemic “so that they can provide measures that do not leave the holy faithful people of God alone”.

Hours after the pope spoke, De Donatis modified the decree. Whereas most of Rome’s more than 750 churches were to have been closed until April 3, the new decree says all parish churches and those run by religious communities will remain open.

Those that will close number fewer than 300 and do not have a parish community or are visited mostly by tourists.

Previously, only Masses had been canceled because of the coronavirus outbreak. Individual bishops can decide whether to keep their churches open, and many are open in parts of Italy.

The pope is bishop of Rome and the cardinal is his administrative vicar.

The Italian government on Wednesday closed virtually every commercial activity in the country apart from pharmacies, food shops and other stores selling essential goods and services.

Customers must enter a few at a time, keep a safe distance from each other and wear surgical masks in some cases.

Critics said being allowed to pray in a church, albeit with precautions similar to those imposed on stores, should be seen as an essential service.

“My heart is in pieces,” Father Maurizio Mirilli, a pastor of a Rome parish said in an anguished tweet on Thursday. “I have to close everything, even the church … I feel like a father whose children have been snatched from him.”