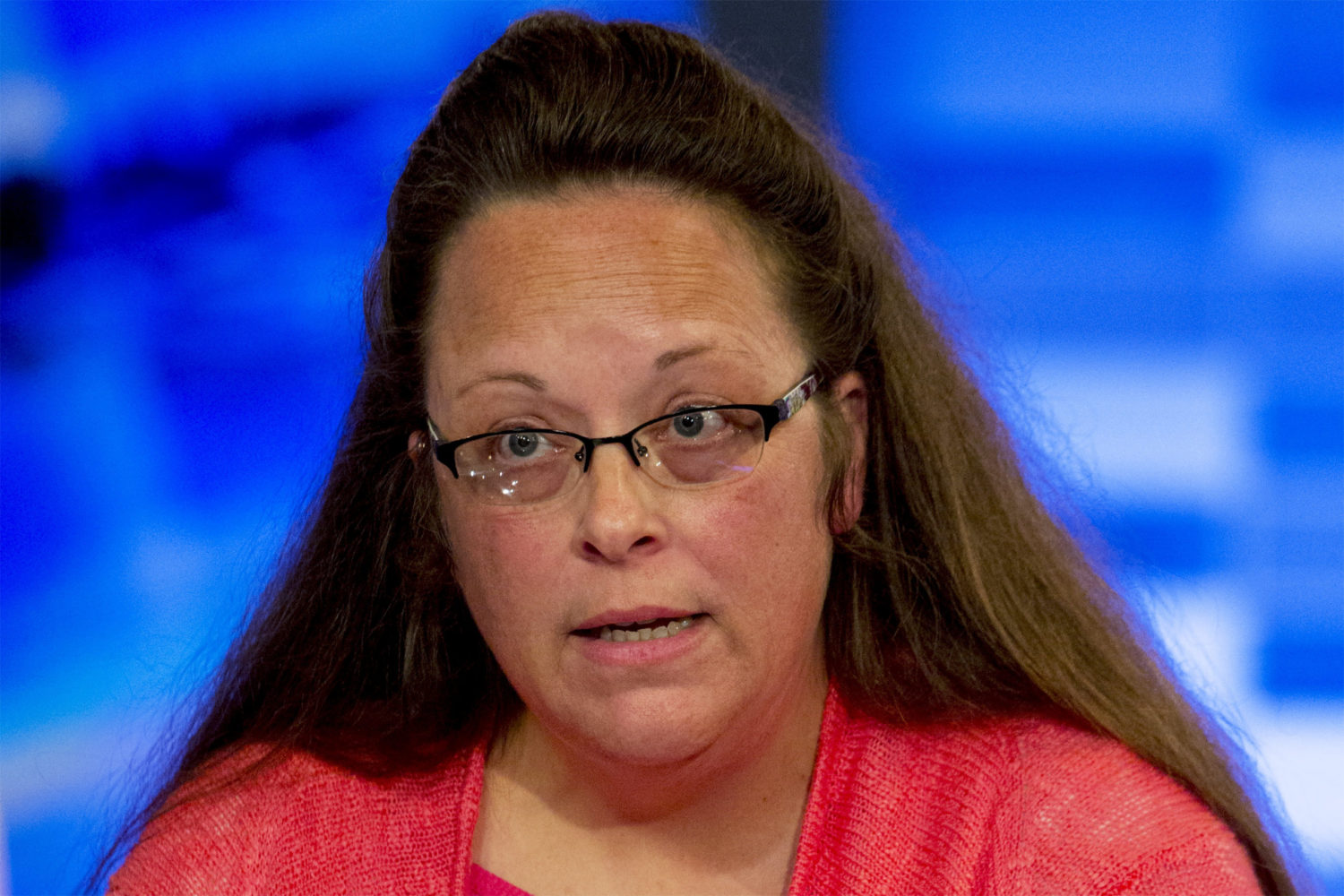 (Reuters) – The U.S. Supreme Court on Monday rebuffed a bid by a county clerk in Kentucky briefly jailed in 2015 for refusing to issue marriage licenses to two same-sex couples to avoid lawsuits they filed that accuse her of violating their constitutional rights.

The justices turned away an appeal by Kim Davis, who no longer serves as Rowan County Clerk, of a lower court ruling that allowed the lawsuits to proceed. But two conservative justices who voted in dissent against legalizing gay marriage in the court’s landmark 2015 ruling said in an opinion released as part of Monday’s action that the case, Obergefell v. Hodges, continues to have “ruinous consequences” for religious liberty.

“Davis may have been one of the first victims of this court’s cavalier treatment of religion in its Obergefell decision, but she will not be the last,” Justice Clarence Thomas wrote in an opinion joined by Justice Samuel Alito.

Thomas said the Obergefell decision has left “those with religious objections in the lurch” and made it easier to label them as bigots “merely for refusing to alter their religious beliefs in the wake of prevailing orthodoxy.”

Both justices agreed with the decision to reject the Davis appeal for technical reasons.

The Cincinnati-based 6th U.S. Circuit Court of Appeals ruled last year that Davis could be sued in her individual capacity in her former role as county clerk. The 6th Circuit rejected her argument that she is protected by a legal doctrine known as qualified immunity, which can shield government officials from liability in certain cases.

Davis, who has earned praise from some conservative Christians, defended her actions by saying that she stopped issuing marriage licenses to everyone regardless of sexual orientation, and the plaintiffs could have obtained licenses elsewhere.

She was jailed for five days in the aftermath of the Obergefell decision for defying court orders to issue licenses in accordance with the high court’s ruling.

The couples – David Ermold and David Moore, and Will Smith and James Yates – sued Davis in 2015, accusing her of violating their constitutional right to marry as recognized in the Obergefell ruling for refusing to provide them marriage licenses. Both couples received their licenses while Davis was in jail.

The stance taken by Thomas and Alito, two of the court’s most conservative justices, comes as the Senate is moving forward quickly with the confirmation process for President Donald Trump’s Supreme Court nominee Amy Coney Barrett, a favorite of Christian conservatives. With the death of Justice Ruth Bader Ginsburg and the retirement of Justice Anthony Kennedy, only three of the justices who made up the court’s 5-4 majority in the Obergefell ruling still serve on the bench.

In the Obergefell ruling, the court found that the Constitution’s guarantees of due process and equal protection under the law meant states cannot ban same-sex marriages.

In recent years, a number of cases have arisen around the country testing the scope of the Obergefell decision, and the rights of those to object to gay marriage on religious grounds.

On Nov. 4, the justices are due to hear a major religious rights dispute involving the city of Philadelphia’s refusal to place children for foster care with a Catholic agency that bars same-sex couples from serving as foster parents.

(Reporting by Andrew Chung in New York; Additional reporting by Jonathan Stempel; Editing by Will Dunham)