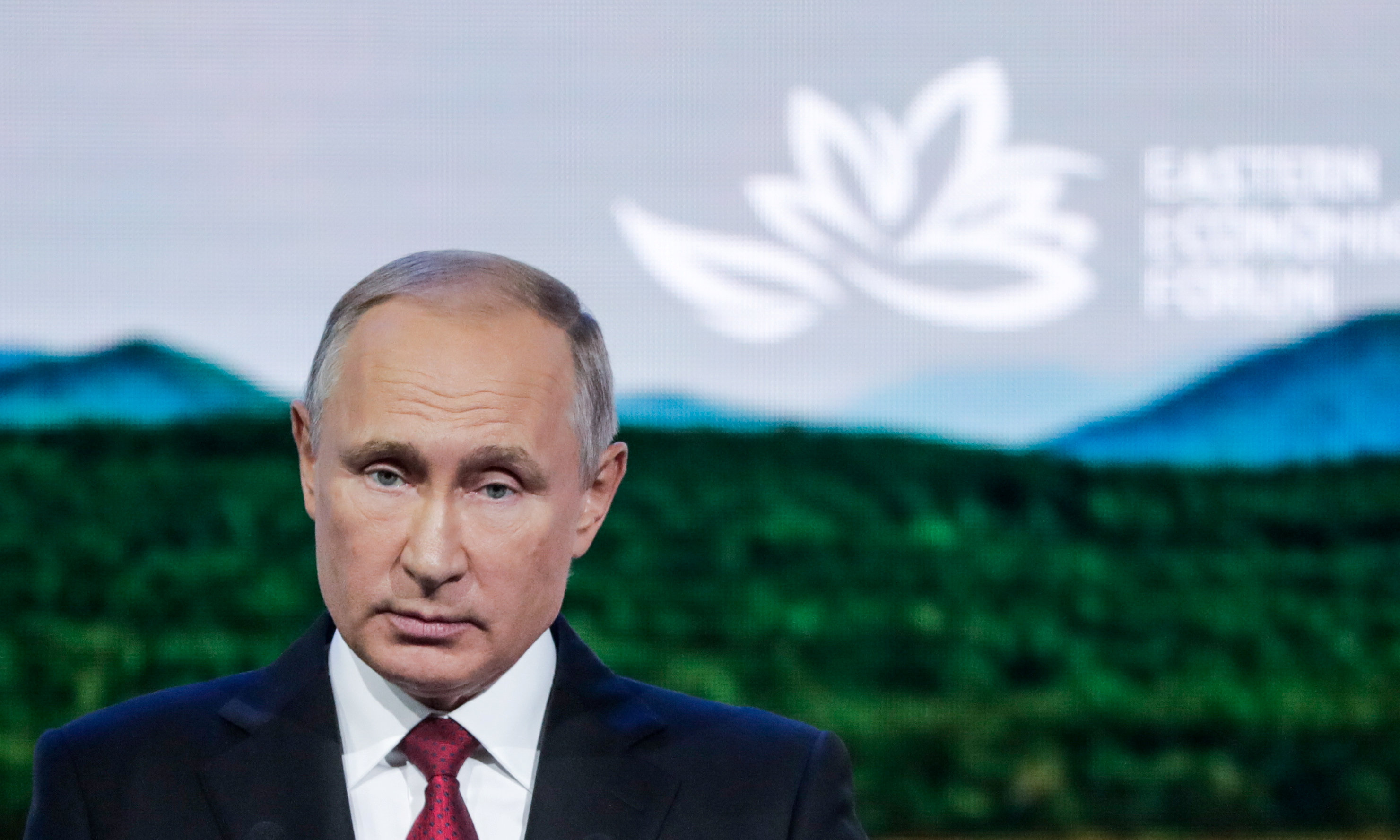 By Dmitry Zhdannikov and Denis Pinchuk

Skripal and his daughter Yulia were found slumped on a public bench in the English city of Salisbury in March. Britain says they were poisoned with a nerve agent administered by Russian intelligence officers.

Russia denies involvement in the affair, which has deepened its international isolation.

“I see that some of your colleagues are pushing the theory that Mr Skripal was almost some kind of human rights activist,” Putin said at an energy forum in Moscow when asked about the case.

“He was simply a spy. A traitor to the motherland. He’s simply a scumbag, that’s all,” Putin added, in remarks that drew applause from parts of the audience.

The Russian leader, a former intelligence officer himself, said the Skripal scandal had been artificially exaggerated, but said he thought it would fade from the headlines at some point and that the sooner it quietened down the better.

Putin said Moscow was still ready to cooperate with Britain when it came to investigating what happened, an offer London has so far declined to take up.

British officials say the poisoning was carried out by Russia’s GRU military intelligence agency almost certainly acting with the approval of Russian officials. Russia has denied that.

‘ONE OF OLDEST PROFESSIONS’

Putin also dismissed the allegation that Russia was responsible for the accidental poisoning of Dawn Sturgess, a Salisbury-area woman who British police said died after coming into contact with the nerve agent Novichok which her partner had found in a discarded perfume bottle.

“What, did some guys rock up and start poisoning homeless people over there?” said Putin, repeating a description of Sturgess and her partner used by some Russian state media. “What rubbish.”

Skripal had served time in a Russian prison for selling information to Britain, and Moscow had agreed to release him as part of a spay swap, said Putin, suggesting Russia therefore had no motive to kill him.

“We didn’t need to poison anyone over there. This traitor Skripal was caught, he was punished and did five years in prison. We let him go, he left the country and he continued to cooperate there and consult some intelligence services. So what?”

The two Russian men Britain accuses of jetting to England to try to murder Skripal said in a TV interview last month that they were innocent tourists who had visited the city of Salisbury to see its cathedral.

London says their explanation is so far-fetched as to all but prove Russia’s involvement, while investigative website Bellingcat has published a picture of a decorated Russian military intelligence colonel it named as Anatoliy Chepiga who resembles one of the two men Britain caught on CCTV.

“As is well known, espionage, like prostitution, is one of the world’s oldest professions.”

(Writing by Andrew Osborn; Editing by Christian Lowe and)