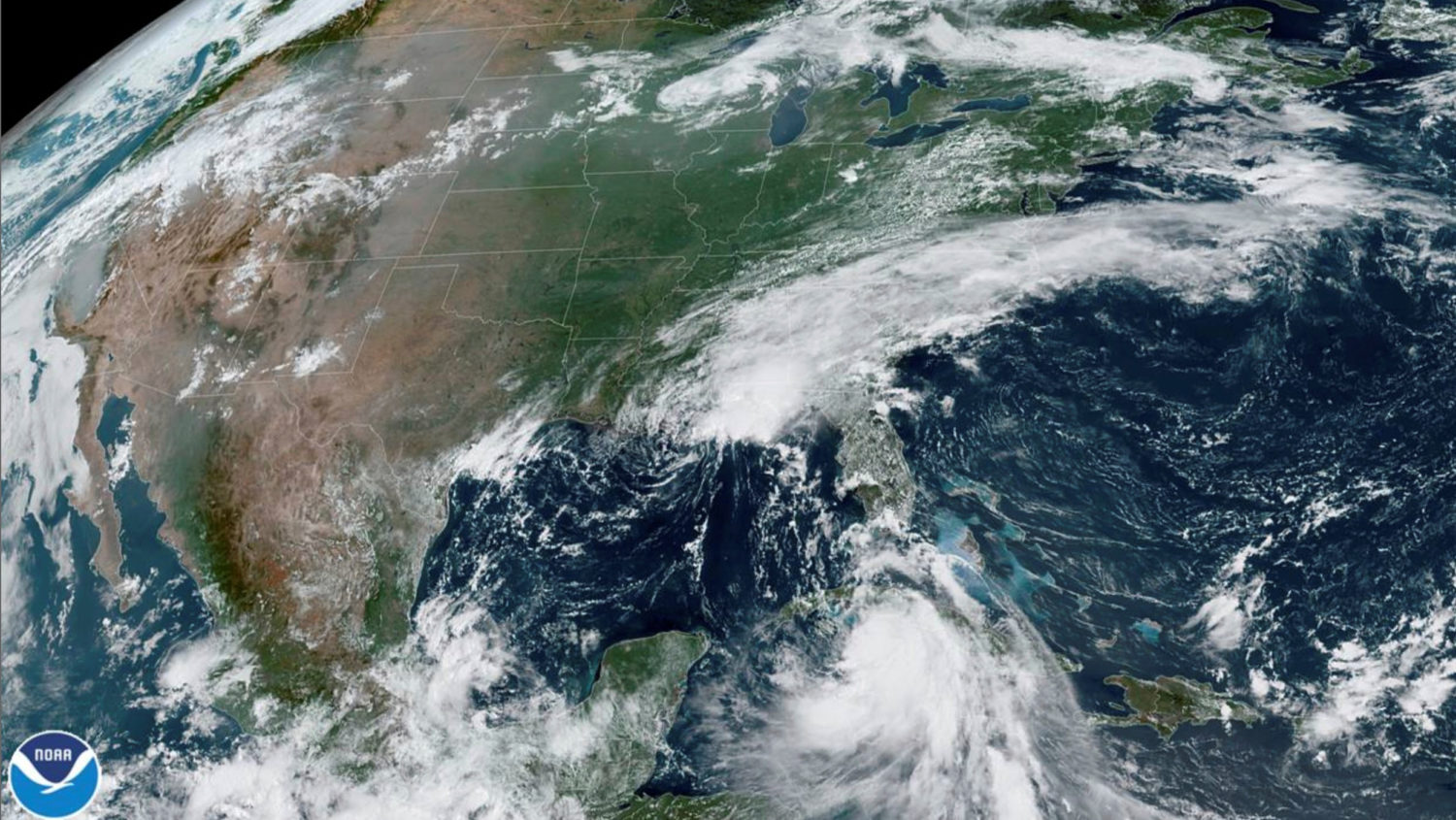 By Jonathan Allen and Maria Caspani

(Reuters) – Tropical Storm Laura strengthened in the Caribbean on Monday and was poised to accelerate into a hurricane, while Tropical Storm Marco weakened sooner than expected, sparing the U.S. Gulf Coast from two simultaneous hurricanes that had been forecast.

The dual storms have taken offline nearly 10% of the United States’ crude oil production, as energy companies shuttered operations to ride out the weather.

The changed forecast from the National Hurricane Center bought a little more time for residents along Louisiana’s coast to prepare for the one-two punch. Marco could still bring dangerous winds and rain on Monday evening, with Laura forecast to make landfall on the U.S. Gulf Coast on Wednesday night.

“Having two storms in the Gulf at one particular time made the last few days pretty stressful,” said Archie Chaisson, the president of Lafourche Parish on the Louisiana coast.

The coronavirus pandemic had complicated preparations, Chaisson said, with officials modifying their shelter plans to ensure social distancing and the wearing of face coverings.

Laura traced the southern coast of Cuba on Monday morning, but the brunt of the storm was offshore, helping the largest island nation in the Caribbean avoid serious damage after Laura killed at least 10 people in Haiti and the Dominican Republic.

The storm downed trees in Cuba, ripped away flimsy roofs and caused minor flooding on Sunday evening, according to residents and news reports. In Jamaica, there were reports of landslides and flooded roads.

“I slept well last night, except when the wind howled,” Nuris Lopez, a hairdresser, said by telephone from a town in the foothills of the Sierra Maestra mountains in Cuba’s eastern Granma province.

By then, it could be a Category 2 or 3 hurricane on the 5-step Saffir-Simpson scale for measuring hurricane intensity, said Chris Kerr, a meteorologist at DTN, an energy, agriculture and weather data provider.

Despite Marco’s weakening, with the NHC predicting it would slow to a tropical depression by Monday night, that storm still threatened to soak the Louisiana coast.

The Federal Emergency Management Agency has sent teams to operations centers in Louisiana and Texas.

This year’s hurricane season has been complicated by the coronavirus pandemic, forcing many people to weigh the risks of leaving their homes and potentially exposing themselves to the virus.

Officials in Louisiana said that testing for COVID-19 was suspended in the state on Monday and Tuesday.

Producers have shut more than 1 million barrels per day of Gulf Coast offshore oil production, 9% of the nation’s total output, facing a storm that is forecast to become a damaging Category 2 hurricane.