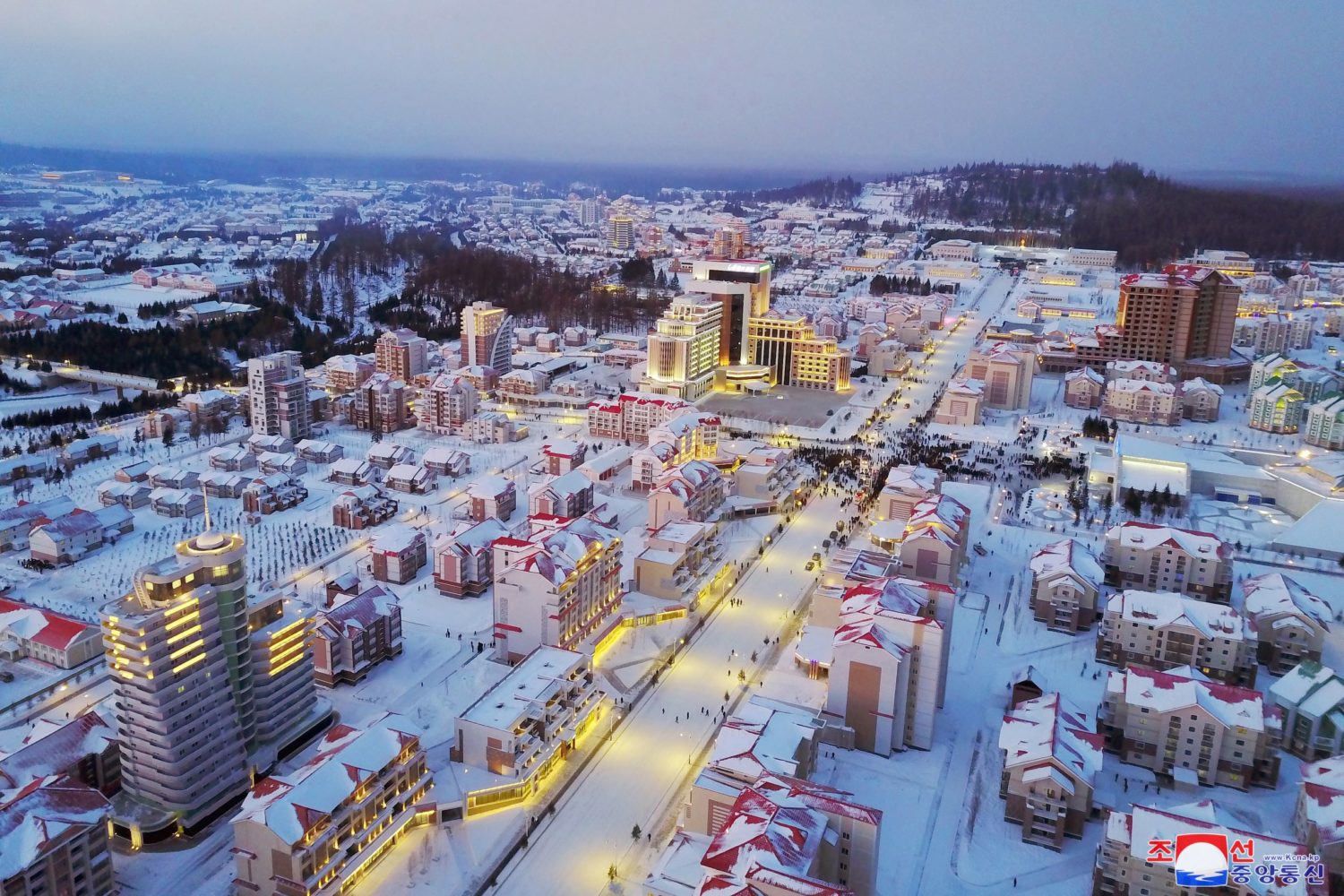 SEOUL (Reuters) – North Korea has celebrated the completion of leader Kim Jong Un’s signature construction project, a new city near the sacred mountain where his family claims its roots, with state media on Tuesday calling it the “epitome of modern civilisation”.

A massive celebration involving fireworks was held at the city near Mount Paektu on Monday, the official KCNA news agency said. 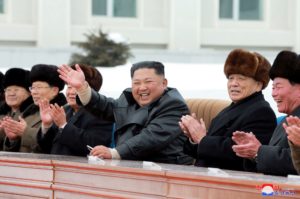 The Rodong Sinmun, a ruling party mouthpiece, ran photos of Kim smiling as he cut a ribbon at the ceremony attended by thousands of people, while state television showed beige, green and purple buildings covered in snow.

The city named Samjiyon is envisaged as what North Korea calls a “socialist utopia” with new apartments, hotels, a ski resort and commercial, cultural and medical facilities.

The town “has turned into an example of a mountainous modern city under socialism, an epitome of modern civilization,” KCNA said.

KCNA said it could accommodate 4,000 families and has 380 blocks of public and industrial buildings in “hundreds of hectares”.

The city is one of the largest economic initiatives Kim has launched as part of his drive for a “self-reliant economy, as Pyongyang calls for Washington to lift economic sanctions in their denuclearization talks.

But its construction was delayed chiefly due to shortages in construction materials and labor as a result of sanctions imposed to curb Pyongyang’s nuclear program.

The delays prompted Pyongyang to mobilize youth labor brigades, which defectors and human rights activists likened to “slave labor” as they get no pay, poor food and are forced to work more than 12 hours a day for up to 10 years in return for better chances to enter a university or join the all powerful Workers’ Party.

State media has also reported over the past year on factories, families and individuals who sent winter jackets, tools, shoes, blankets and biscuits to Samjiyon, which the defectors said was part of the cash-strapped regime’s campaign to source supplies from the public.

The project was completed despite “the worst trials” and “ordeals and difficulties,” KCNA said, without elaborating.