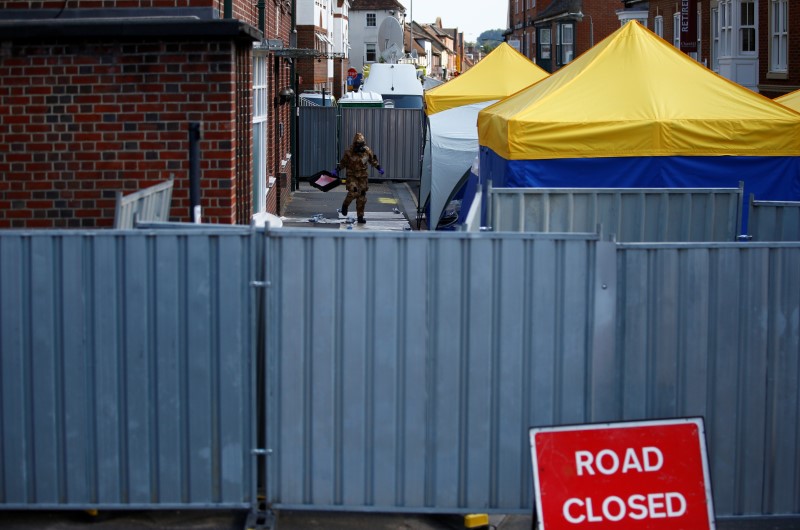 AMSTERDAM (Reuters) – Inspectors of the world’s chemical weapons watchdog will return to Britain on request of the government to take new samples of the nerve agent which killed one person and injured another in Amesbury, England, in June.

The Organization for the Prohibition of Chemical Weapons (OPCW) on Tuesday said it would deploy a team to collect additional samples, to be analyzed in two laboratories designated by the agency.

In July the British government asked the OPCW to independently identify a substance which the authorities had found to be Novichok — the same nerve agent used to poison former Russian spy Sergei Skripal and his daughter Yulia in March.

Britain blamed Russia for the Skripal poisoning but the Kremlin denied involvement.

In June, two Britons fell ill in Amesbury after being exposed to the poison in southwest England, close to where the Skripals were attacked. One of them died.

Britain is ready to ask Russia to extradite two men it suspects of carrying out a nerve agent attack on Skripal, the Guardian newspaper reported on Monday, citing government and security sources. 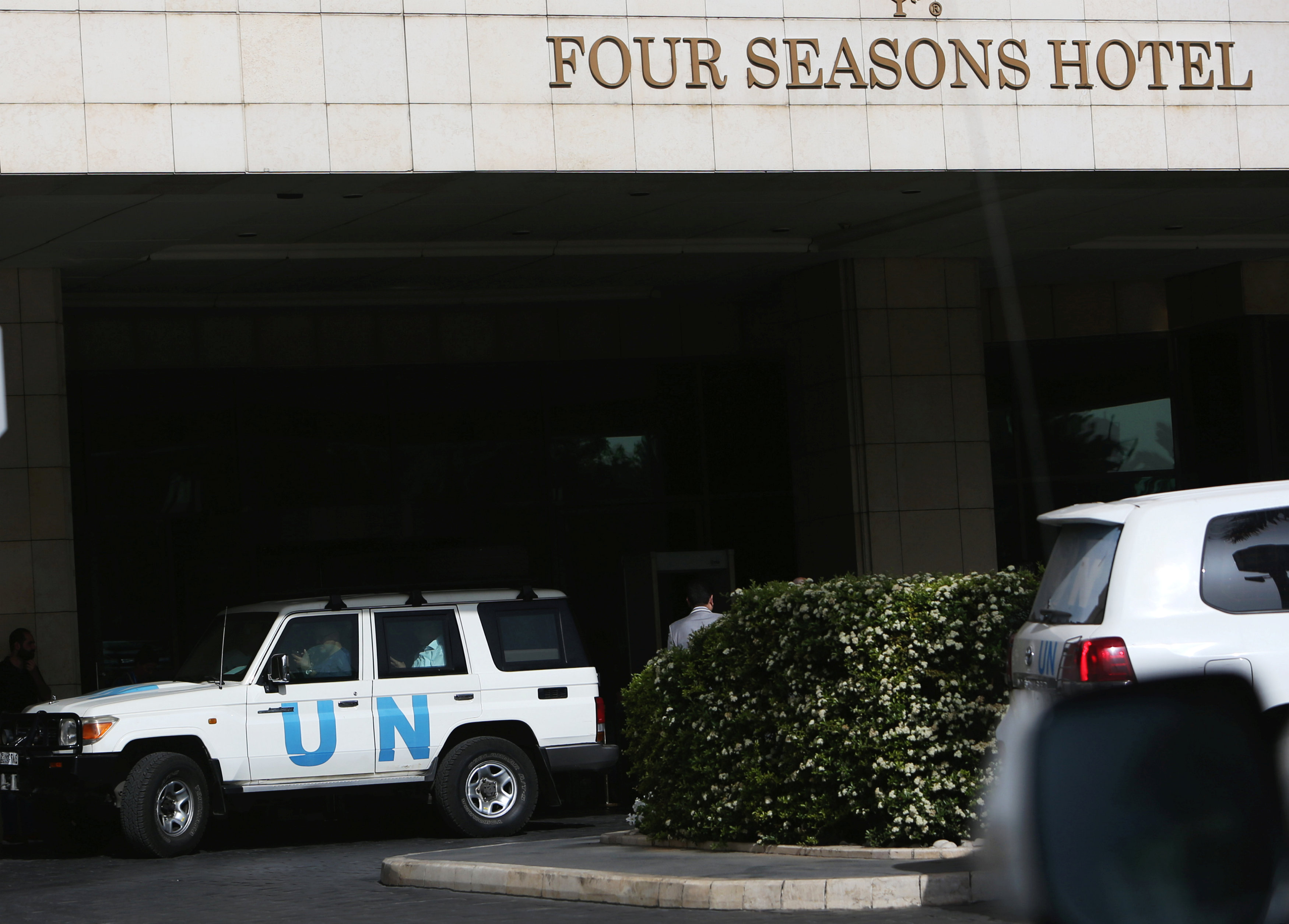 AMSTERDAM (Reuters) – Chemical weapons inspectors have returned from a mission to the Syrian town of Douma, where they took samples and interviewed witnesses to determine whether banned munitions were used in an attack last month, a diplomatic source said on Friday.

A team of experts from the Organization for the Prohibition of Chemical Weapons returned to the Netherlands on Thursday night after going to Damascus on April 14, the source said on condition of anonymity.

The OPCW is investigating the deaths of dozens of people in Douma, an enclave in Ghouta on the oustskrts of the Syrian capital, on April 7.

The United States and its allies say they were caused by chemical weapons, possibly a nerve agent, used by forces of the Russian-back government of President Bashar al-Assad.

Inspectors visited two sites of alleged attacks and took samples, which will be split at their laboratory in the Netherlands before being forwarded to affiliated national labs for testing. Test results are typically returned within three to four weeks. The OPCW will not assign blame.

The inspectors were also expected to have taken samples from canisters found at the scene that are believed to have contained toxic agents dropped from airplanes or helicopters.

Russia and Syria last week held a briefing for states belonging to the OPCW to support Moscow’s assertion that no chemical weapons were used in Douma and the attack was staged by rebels.

The briefing was boycotted by several OPCW member states, who denounced the Russian event as “a crude propaganda exercise” intended to undermine the OPCW’s work.

Britain, the United States, France, Germany and others, said in a statement that all material gathered so far supported their theory that chemical weapons were used in Douma.

The information gathered to date is “unassailable,” they said at the time. Medical NGOs having found traces of chemical agents and authenticated photo and video evidence reinforces the theory of gas intoxication by hundreds of victims.

The World Health Organization has also expressed concern “at reports from its partners of patients exhibiting signs and symptoms consistent with exposure to toxic chemicals.”

The joint mission ended in November after Russia repeatedly blocked U.N. Security Council resolutions that would have extended its mandate. 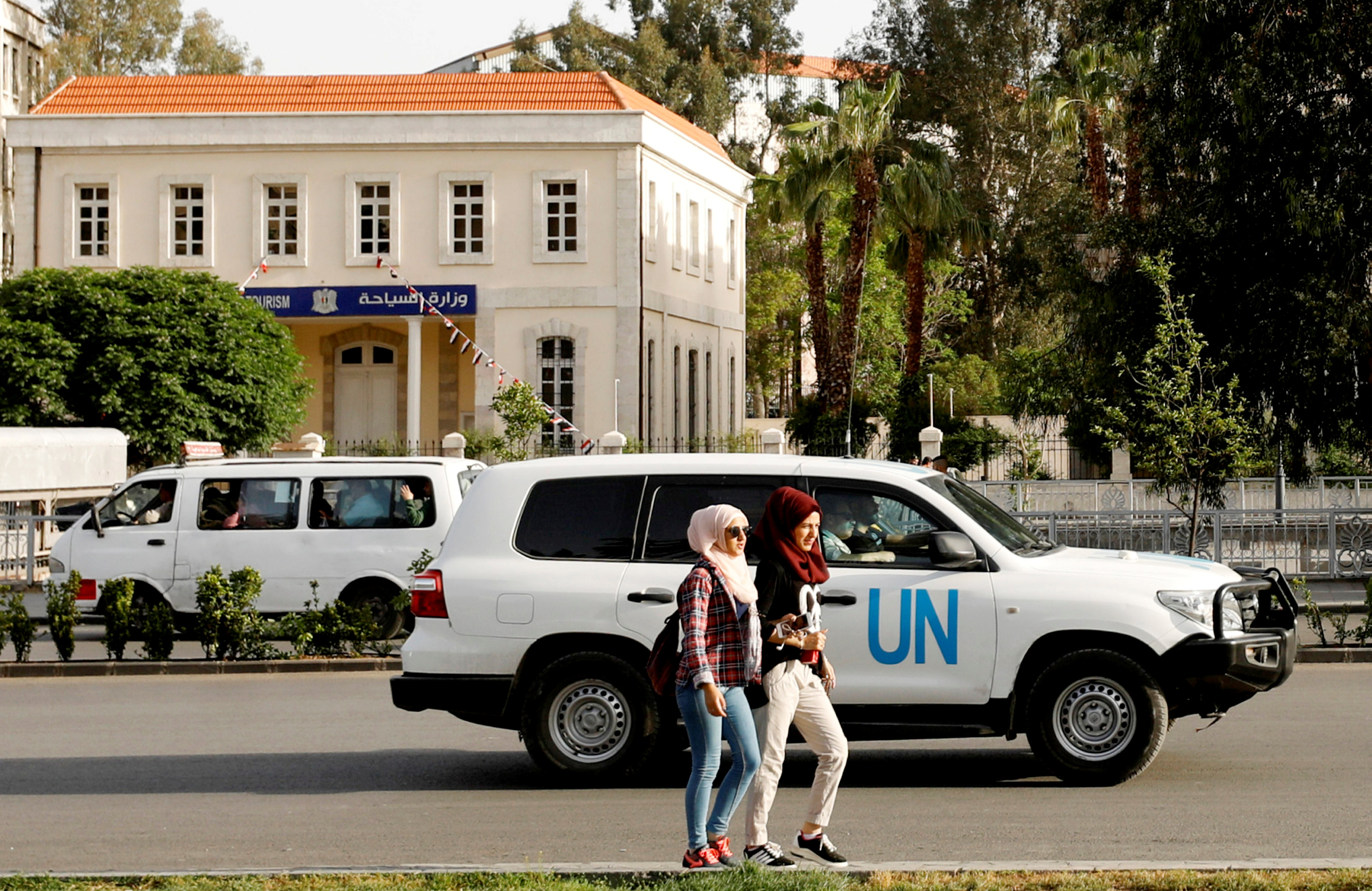 AMSTERDAM (Reuters) – A team of inspectors from the Organisation for the Prohibition of Chemical Weapons (OPCW) visited a site in Douma, Syria on Saturday to collect samples as it tries to determine whether such weapons were used there on April 7, the agency said.

In a statement, the OPCW said it would now evaluate and consider whether the team needs to make a second visit to Douma.

Samples will be transported back to the Netherlands and onward to the organization’s network of designated labs for analysis.

Based on the analysis of the sample results as well other information and materials collected by the team, the mission would compile a report and submit it to the organization’s member states, the statement said.

The OPCW has been investigating use of toxic chemicals in Syria’s civil war since 2014. Inspectors had been trying to reach Douma for several days but were delayed after an advance security detail was fired upon on April 17.

The OPCW team will attempt to determine whether chemical weapons were used and if so, which. It is not mandated to conclude which side in the conflict used them.