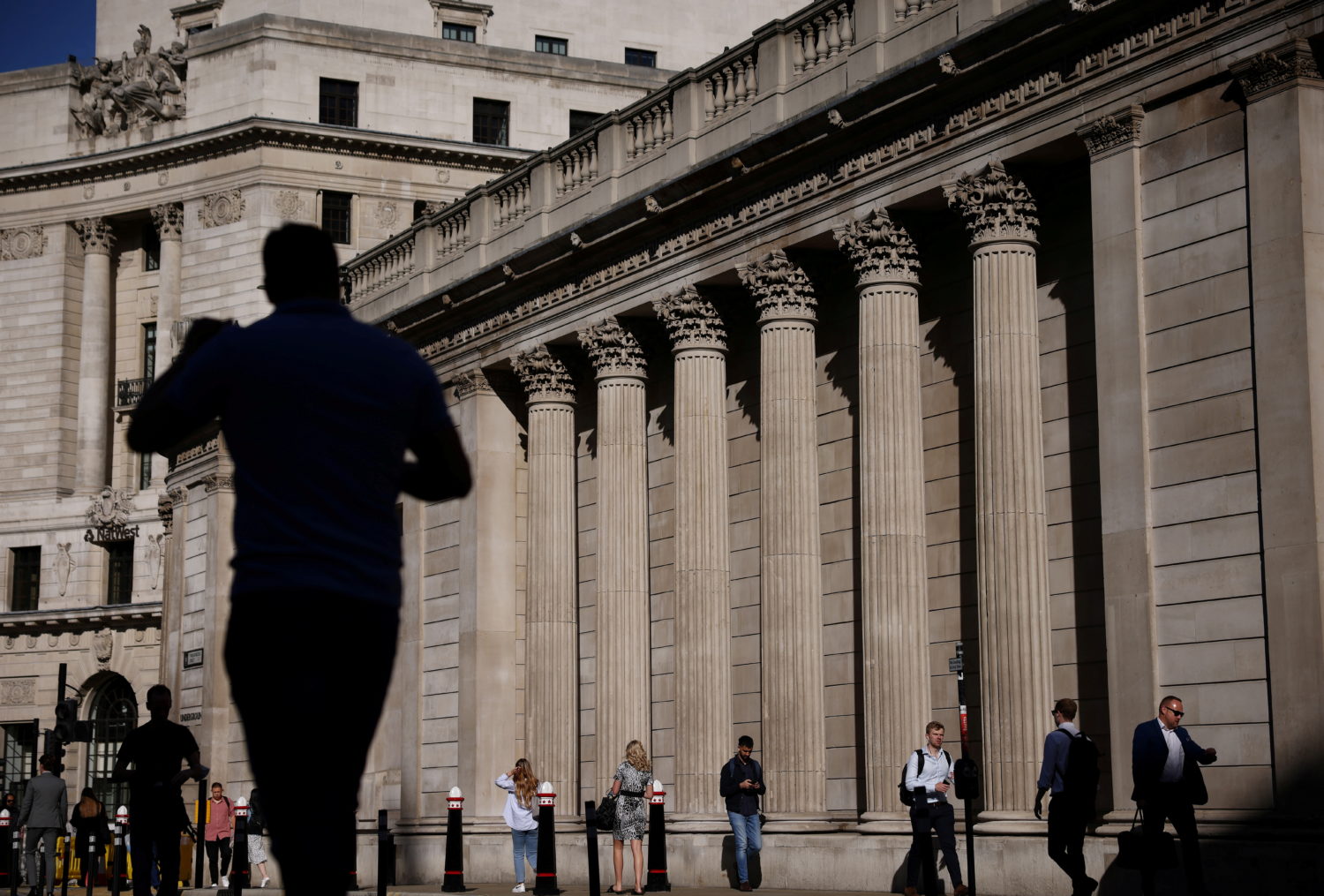 (Reuters) – The following is a summary of some recent studies on COVID-19. They include research that warrants further study to corroborate the findings and that have yet to be certified by peer review.

The Delta variant of the coronavirus is known to be more easily transmissible than earlier versions, and now a large UK study suggests it also makes people sicker. Researchers analyzed data on 43,338 patients infected with either the Alpha or the Delta variant. Overall, roughly three quarters were unvaccinated, and half were under age 31. After accounting for patients’ underlying risk factors, researchers found that unvaccinated patients were 132% more likely to be hospitalized if they were infected with Delta than with Alpha. Vaccinated patients may also be more likely to require hospitalization with a Delta infection, but data for those patients was less clear, according to a report published on Friday in The Lancet Infectious Diseases. The results “suggest that outbreaks of the Delta variant in unvaccinated populations might lead to a greater burden on healthcare services than the Alpha variant,” the researchers concluded.

Severely ill patients with COVID-19 pneumonia who received the experimental oral drug opaganib developed by RedHill Biopharma required less extra oxygen and were able to leave the hospital sooner than patients receiving a placebo in a small randomized trial, researchers reported on Sunday on medRxiv ahead of peer review. Within 14 days after enrolling in the study, 50.0% of patients taking opaganib no longer needed oxygen, compared to 22.2% of patients in the placebo group. In addition, 86.4% of opaganib-treated patients had been discharged, versus 55.6% in the placebo group. On Thursday, RedHill announced that opaganib strongly inhibits the Delta variant of the coronavirus in test tube experiments. The drug is believed to exert its antiviral effect by inhibiting sphingosine kinase-2 (SK2), a key enzyme in cells that may be recruited by the virus to support its replication, the company said. Based on the initial 42-patient trial conducted last year, RedHill Biopharma launched a much larger randomized trial in patients hospitalized with severe COVID-19 pneumonia. The last of the 475 patients in that late-stage study has now completed treatment and some of the data should be available soon, the company said last week.

Seizure in children may signal COVID-19

Seizures may be the only symptom of COVID-19 in some children, a new report cautions. Children tend to get sick from COVID-19 far less often than adults, and their symptoms are usually not severe, mainly consisting of fever and mild respiratory issues, although more have become ill with emergence of the Delta variant. Among 175 children who came to an Israeli emergency room and were diagnosed with COVID-19, 11 were brought to the hospital because of seizures, researchers reported on Saturday in the medical journal Seizure. Only seven had previously been diagnosed with a neurological disorder, and only six had fever. All 11 made full recoveries. While seizures have not been a frequently reported problem in adults with COVID-19, they “may be the main manifestation of acute COVID-19 in children,” even without fever and without a history of epilepsy, the study authors said. In some hospitals, they point out, only children with flu-like symptoms or close contact with a confirmed COVID-19 patient get tested for the coronavirus. Medical personnel should be aware that children with seizures should be tested, too, they said. 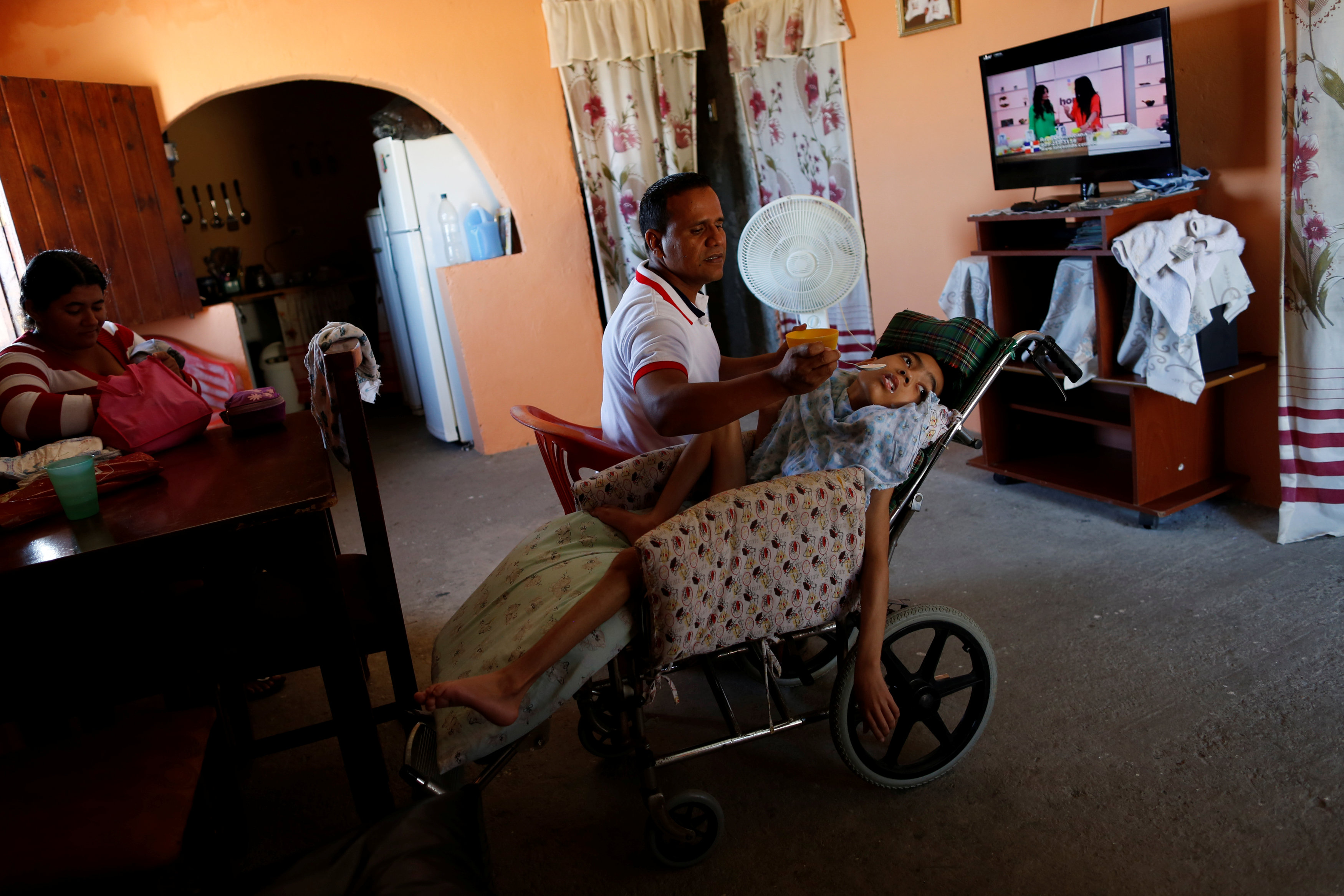 The once giggly and alert boy, also called Marcos, could no longer sit on his own and began to shut off from the outside world.

“I called people in the cities of San Cristobal, Valencia, Puerto La Cruz, Barquisimeto, and no one could find the medicine,” Heredia, 43, said in the family’s bare living room in a windy slum overlooking an international airport in the coastal state of Vargas.

“You can’t find the medicines, and the government doesn’t want to accept that.”

Heredia ended up traveling 860 km (540 miles) by bus to the Colombian border to pick up medicine a cousin had bought him in the neighboring country. He was back at work the next day.

Venezuela’s brutal recession is worsening shortages of medicines from painkillers to chemotherapy drugs.

With 85 of every 100 medicines now missing in Venezuela, anti-convulsants are among the toughest drugs to find, Venezuela’s main pharmaceutical association said.

An estimated 2 million to 3 million Venezuelans suffer from epilepsy at some point in their lives, according to Caracas-based support organization LIVECE. Patients have been struggling to find specific anti-convulsive medicines as far back as 2012.

Due to untreated convulsions, progress has evaporated for otherwise functional people and those with severe disabilities who had managed to improve their mobility or speech.

Like Heredia, patients and families try anything they can to get hold of drugs: barter diapers, frantically engage in WhatsApp groups created specifically for pharmaceutical exchanges, use expired medicines or, if they can afford it, ask friends to bring them in from abroad.

But the shortages are so extreme that patients sometimes take medicines ill-suited for their conditions, doctors warn.

Neurologist Beatriz Gonzalez of LIVECE said she was worried about epileptic mothers giving birth to deformed children because they take the wrong medicine, or losing the child because they cannot find the drugs.

‘HEART IN MY MOUTH’

The problem goes much further than just those with epilepsy. Unexpected convulsions can also afflict feverish children, accident victims or people with other neurological conditions.

Two-year-old Carlos Baute unexpectedly started to shake and choke when he had a fever in January. Holding his tongue down with two fingers to keep him from swallowing it, his mother visited multiple underequipped hospitals before one finally treated him.

Baute’s mother said she could not find medication and was worried that her son, an active boy who has recovered and likes to dash around the clinic where he is being treated, may yet suffer another fit.

Leftist President Nicolas Maduro blames the shortages on a right-wing plot to overthrow him, but in a recent speech, he said he had approved “major dollar investments” to boost drug availability, without providing details. Venezuela is set to open three medical labs with Palestine, he added last week.

“(We must) solve this very delicate issue that has been affected by the economic war,” said Maduro.

Venezuela’s Information and Health Ministries, as well as the Social Security Institute, which oversees some hospitals and drug distribution, did not respond to requests for comment.

Leonardo Colmenares, a 6-year-old with epilepsy and a degenerative neurological disease, weighed 10 kg (22 pounds) in mid-2016 but has lost 2 kg in six months as his mother struggles with his recommended diet.

“I sell bracelets and watches, I buy bread and resell it, I dry hair, I do pedicures, I cook, I rent out the washing machine and I iron,” said the single mother, who had to leave her job as a bank analyst to take care of Leonardo.

When Leonardo convulses, she must rush him to a hospital because she has run out of anti-convulsants.

“I can’t just go to a park (with my son) because maybe I’ll suddenly have to rush away,” Torres said, fighting back tears. “I always have my heart in my mouth.”

Click on http://reut.rs/2lp5dQM to see a related photo essay.