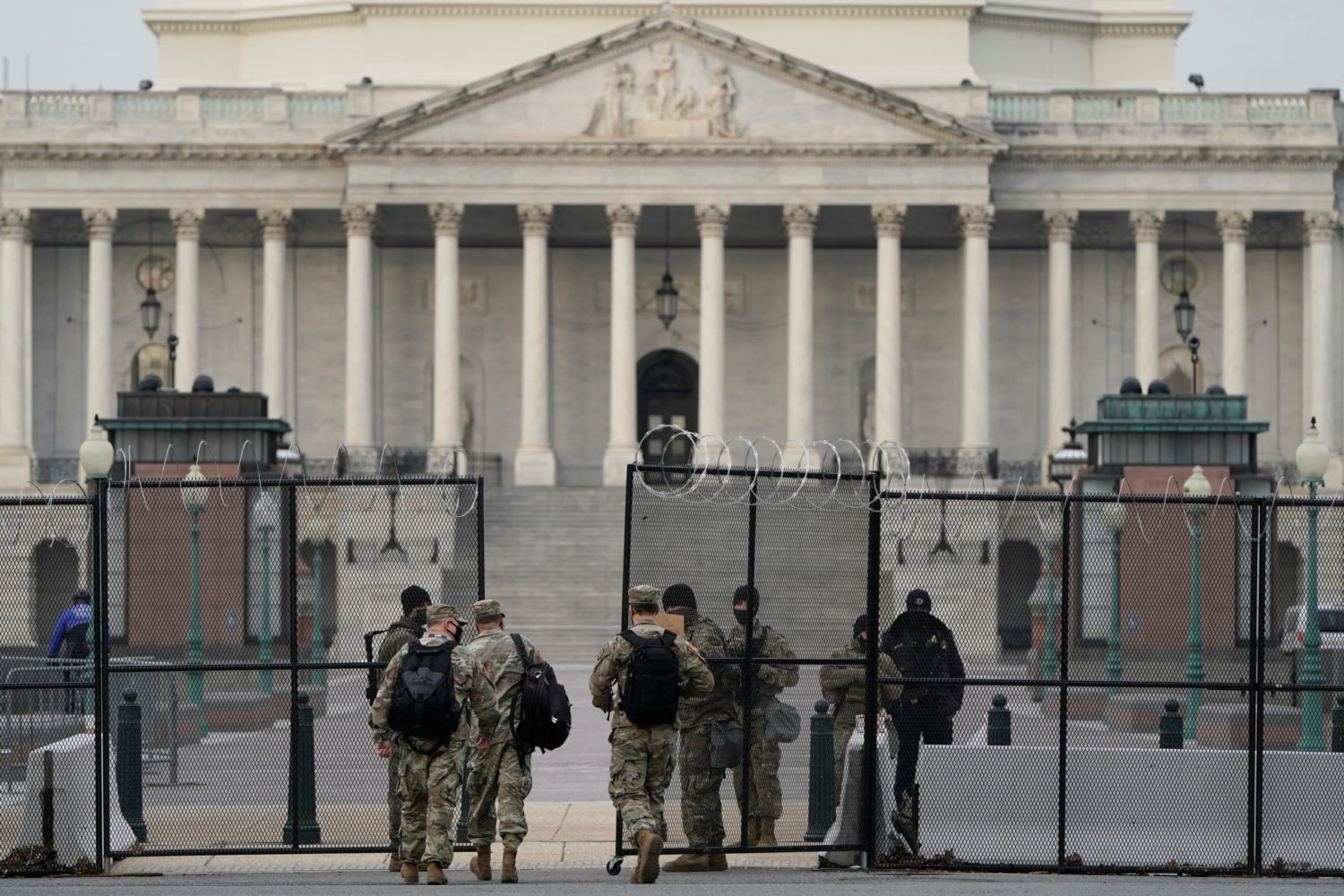 WASHINGTON (Reuters) – Donald Trump’s historic second impeachment trial, on a charge of inciting last month’s deadly storming of the U.S. Capitol, opens on Tuesday with a debate over the constitutionality of the Senate trying a president after he has left office.

Trump’s lawyers plan to open the trial on Tuesday by questioning whether the U.S. Constitution allows the Senate to hold an impeachment trial for a president after he has left office, as Trump did on Jan. 20.

Most Senate Republicans have embraced that argument, which strongly suggests that Democrats will be unable to garner the two-thirds majority needed to convict in the 100-member Senate. Democrats and many legal scholars reject the Republicans’ constitutional interpretation.

Senate Democrats are expected to prevail in Tuesday’s vote on the constitutionality of the trial. A Republican effort to block the trial on those grounds was defeated 55-45 last month.

Trump, a Republican, was impeached by the Democratic-led House of Representatives on Jan. 13 on a charge of inciting an insurrection, becoming the only president to have been impeached twice and the only former president to face a Senate trial.

Eager to get beyond debates over the constitutionality of the trial, a group of nine House Democratic impeachment managers prosecuting the case will present arguments that “will be more like a violent-crime criminal prosecution, because that is what it is,” a senior aide told reporters. The managers aim to prove Trump “incited a violent insurrection to interfere with the peaceful transfer of power. That is the most serious of constitutional crimes,” an aide said.

“When you have such a serious charge, sweeping it under the rug will not bring unity – it will keep the sore open, the wounds open. You need truth and accountability. I believe the managers will present a very strong case,” Senate Majority Leader Chuck Schumer, a Democrat, told reporters.

The trial could provide clues on the direction of the Republican Party following Trump’s tumultuous four-year presidency. Sharp divisions have emerged between Trump loyalists and those hoping to move the party in a new direction.

The House Democrats face a high bar, needing the votes of at least 17 Republicans as well as all 48 Democrats and the two independents who caucus with them to secure a conviction. Democrats also hope to disqualify Trump from ever again holding public office.

On Wednesday, the prosecution and defense will turn to the merits of the charge. They have a total of 32 hours evenly divided over no more than four days to present their cases.

The arguments would begin midday on Wednesday. The proceedings could be extended further as senators would have time to question both sides.

If House managers want to call witnesses or subpoena documents, the Senate would have to vote to allow those. Trump lawyers and House managers could question witnesses – a far more exhaustive procedure than Trump’s first impeachment trial, which had no witness testimony.

Trump’s defense is also anchored in the argument that he was exercising his constitutional right to free speech in urging backers to “fight” to overturn the election result.

His lawyers said in a pretrial document that Trump was using the word “fight” in a “figurative sense,” adding: “Notably absent from his speech was any reference to or encouragement of an insurrection, a riot, criminal action, or any acts of physical violence whatsoever.”

One year ago, the then Republican-controlled Senate acquitted Trump on charges of obstructing Congress and abuse of power related to his pressure on Ukraine to launch an investigation into Biden and his son Hunter in 2019. 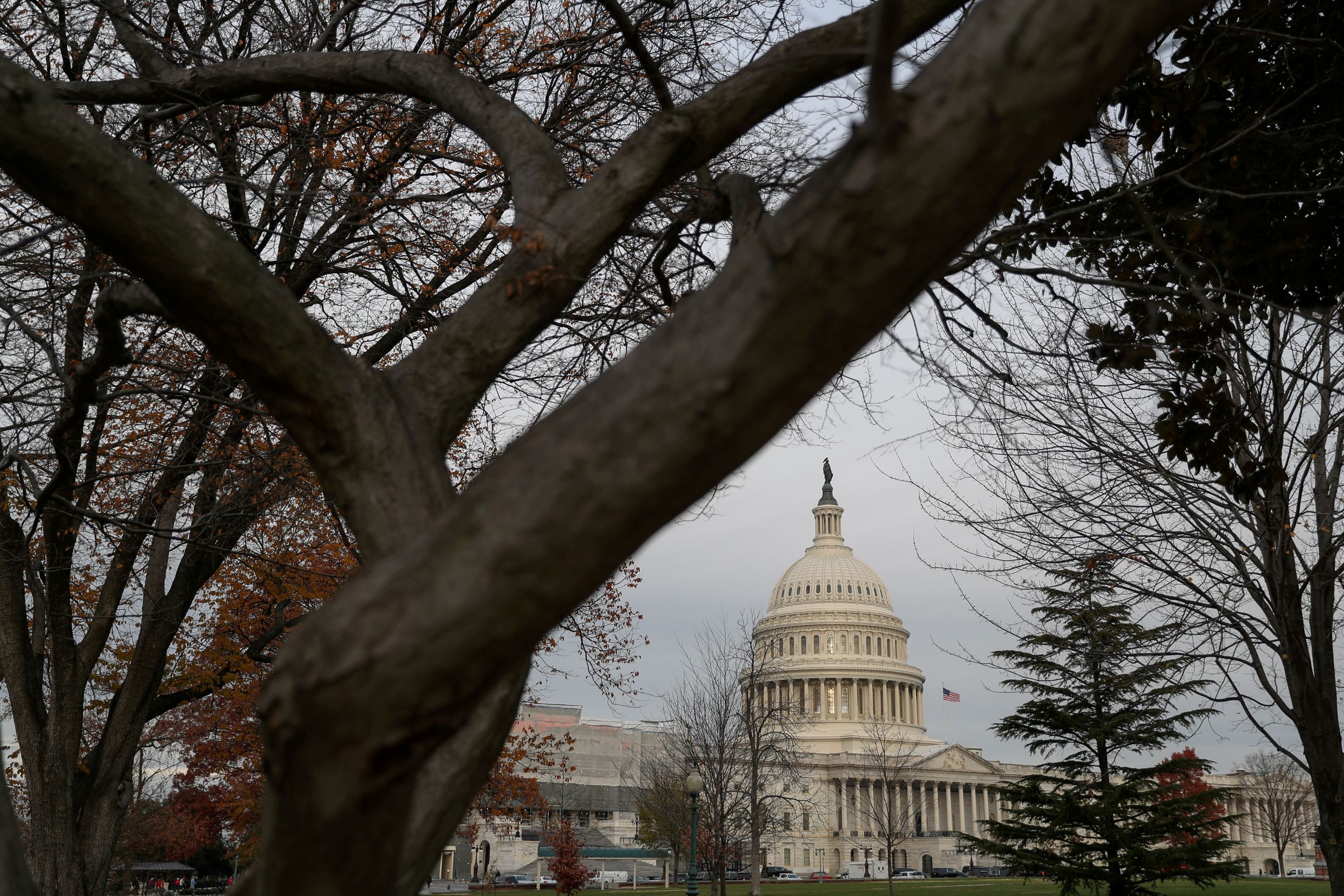 By David Morgan and Patricia Zengerle

WASHINGTON (Reuters) – U.S. Senate Majority Leader Mitch McConnell on Tuesday signaled opposition to a Democratic request to call new witnesses in a Senate trial expected next month on whether to remove President Donald Trump from office, saying he would not allow a “fishing expedition” after a “slapdash” House impeachment process.

Lawmakers from both parties were set to grapple on Tuesday over the rules of engagement for a historic vote set for Wednesday in the Democratic-led House of Representatives, where Trump is likely to become the third U.S. president to be impeached.

If the House approves articles of impeachment – formal charges – as expected, it would set the stage for a trial in the Senate, controlled by Trump’s fellow Republicans – on whether to convict him and remove him from office. No president has ever been removed from office via the impeachment process set out in the U.S. Constitution.

Speaking on the Senate floor, McConnell took aim at Schumer and Representative Adam Schiff, the chairman of the House Intelligence Committee that spearheaded the impeachment inquiry launched in September.

“So now, the Senate Democratic leader would apparently like our chamber to do House Democrats’ homework for them. And he wants to volunteer the Senate’s time and energy on a fishing expedition to see whether his own ideas could make Chairman Schiff’s sloppy work more persuasive than Chairman Schiff himself bothered to make it,” McConnell said.

“From everything we can tell, House Democrats’ slapdash impeachment inquiry has failed to come anywhere near – anywhere near – the bar for impeaching a duly elected president, let alone removing him for the first time in American history,” McConnell added.

McConnell said he also hoped to meet with Schumer very soon to discuss how to proceed.

Trump remained in attack mode a day before his expected impeachment in the Democratic-led House, referring to the process in a Twitter post as “this whole Democrat Scam” and calling himself “your all time favorite President.”

“Don’t worry, I have done nothing wrong. Actually, they have!” Trump wrote.

In what is expected to be a marathon meeting, the House Rules Committee will decide how much time to set aside for debate on Wednesday before lawmakers vote on two articles of impeachment charging Trump with abuse of power and obstruction of Congress over his dealings with Ukraine.

Representative Jerry Nadler – the Democratic chairman of the House Judiciary Committee, which approved the articles of impeachment last week – will miss the Rules Committee meeting because of a family emergency, and Representative Jamie Raskin will represent the Democrats in his place, a congressional aide said. Nadler is expected to be back at the Capitol on Wednesday.

The looming vote promises to bring a raucous, partisan conclusion to a months-long impeachment inquiry against Trump that has bitterly divided the American public as voters prepare for next year’s presidential and congressional elections.

The House is expected to approve the impeachment articles largely along partisan lines. The action then moves to the Republican-controlled Senate, where the effort to remove Trump from office faces long odds.

House Democrats accuse Trump of abusing his power by asking Ukraine to investigate former Vice President Joe Biden, a leading Democratic contender to oppose him in the 2020 U.S. presidential election. He is also accused of obstructing Congress’ investigation into the matter.

Lawmakers are expected to offer amendments at the Rules Committee meeting, which could run for 12 hours or more depending on how many of the House’s 431 sitting legislators decide to show up and speak.

In the end, the committee will set the rules for the floor debate that will precede the impeachment vote.

The White House, which has not cooperated in the impeachment inquiry in the House, also signaled opposition to Schumer’s requests for the Senate trial.

“Why in the world should we be asked to fill in the blanks that the Democrats created? They created these huge holes and canyons in the presentation of their case. It’s not up to us to help them fill in the blanks and make their case,” presidential adviser Kellyanne Conway told reporters.

The final House vote is expected to fall largely along party lines. Several Democrats from districts that backed Trump in 2016 said on Monday they would vote to impeach him.

Trump will be on friendlier terrain in the Senate, which is expected to consider the charges in January.

Republicans hold 53 of the Senate’s 100 seats, and at least 20 of them would have to vote to convict Trump in order to clear the two-thirds majority required to remove Trump from office. None have indicated they may do so.

McConnell has suggested the chamber could move quickly to a vote without hearing from witnesses, after House Democrats and the White House make their presentations.