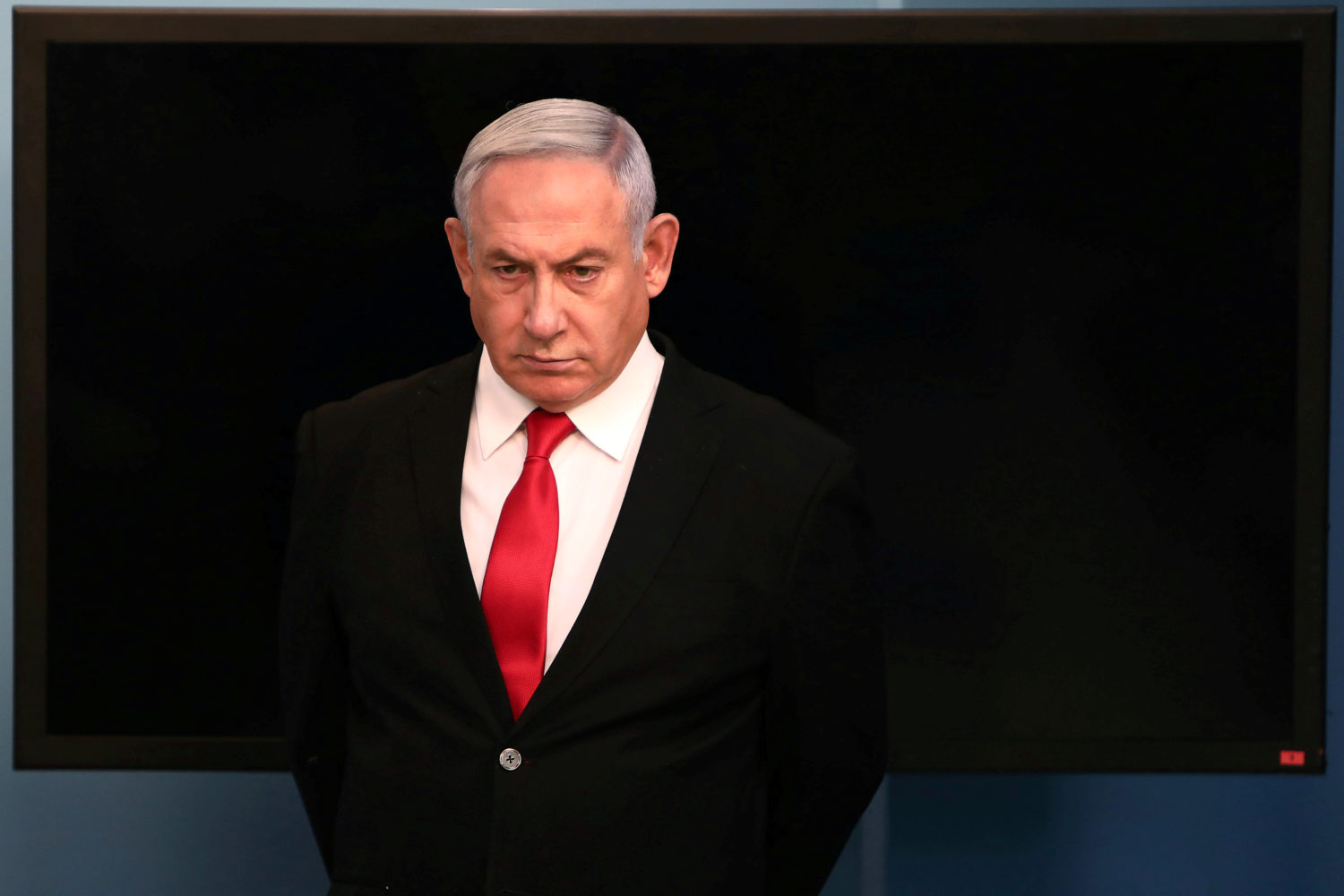 JERUSALEM (Reuters) – Israel’s top court on Monday heard challenges to Prime Minister Benjamin Netanyahu’s bid to secure a governing coalition, with opposition figures arguing a deal on a new unity administration would unlawfully shield him in a corruption trial.

The Supreme Court’s 11-justice panel convened for a second day after hearing separate petitions on Sunday against Netanyahu’s authority to form a government given his indictment on charges of bribery, fraud and breach of trust.

Rulings are expected by Thursday. Should the court find against Netanyahu on either front, it would likely trigger a snap election – the fourth since April 2019 – as the country grapples with the coronavirus crisis and its economic fallout.

Netanyahu and his main rival Benny Gantz signed an agreement last month to form a unity government under which they would take turns leading Israel after their three, inconclusive ballot runs. They cited the coronavirus crisis in forming the pact.

In power for more than a decade and currently head of a caretaker government, right-wing Netanyahu would serve as prime minister of a new administration for 18 months before handing the reins to centrist Gantz, according to the unity deal.

Netanyahu, 70, would then assume the role of “substitute prime minister”, which some analysts say would exempt him from a law that requires cabinet-level ministers to resign from public office if they are indicted on criminal charges.

Netanyahu’s trial is due to open on May 24. He has denied any wrongdoing and accused political rivals of a “witch-hunt”.

The coalition deal also grants Netanyahu influence over important judicial appointments, which critics argue gives the premier undue sway over the outcome of his own proceedings.

The pact has support from a majority in parliament. But several groups, including opposition parties and democracy watchdogs, petitioned the Supreme Court to nullify the deal, arguing in part that it shields Netanyahu from legal penalties.

Some analysts have said the court, though cast by Netanyahu loyalists as liberal and interventionist, was unlikely to strike down the deal or bar Netanyahu from forming a government.

Responding to the petitions, Israel’s Attorney-General Avichai Mandelblit said that while certain aspects of the deal “raise major difficulties”, there were no grounds to disqualify it. 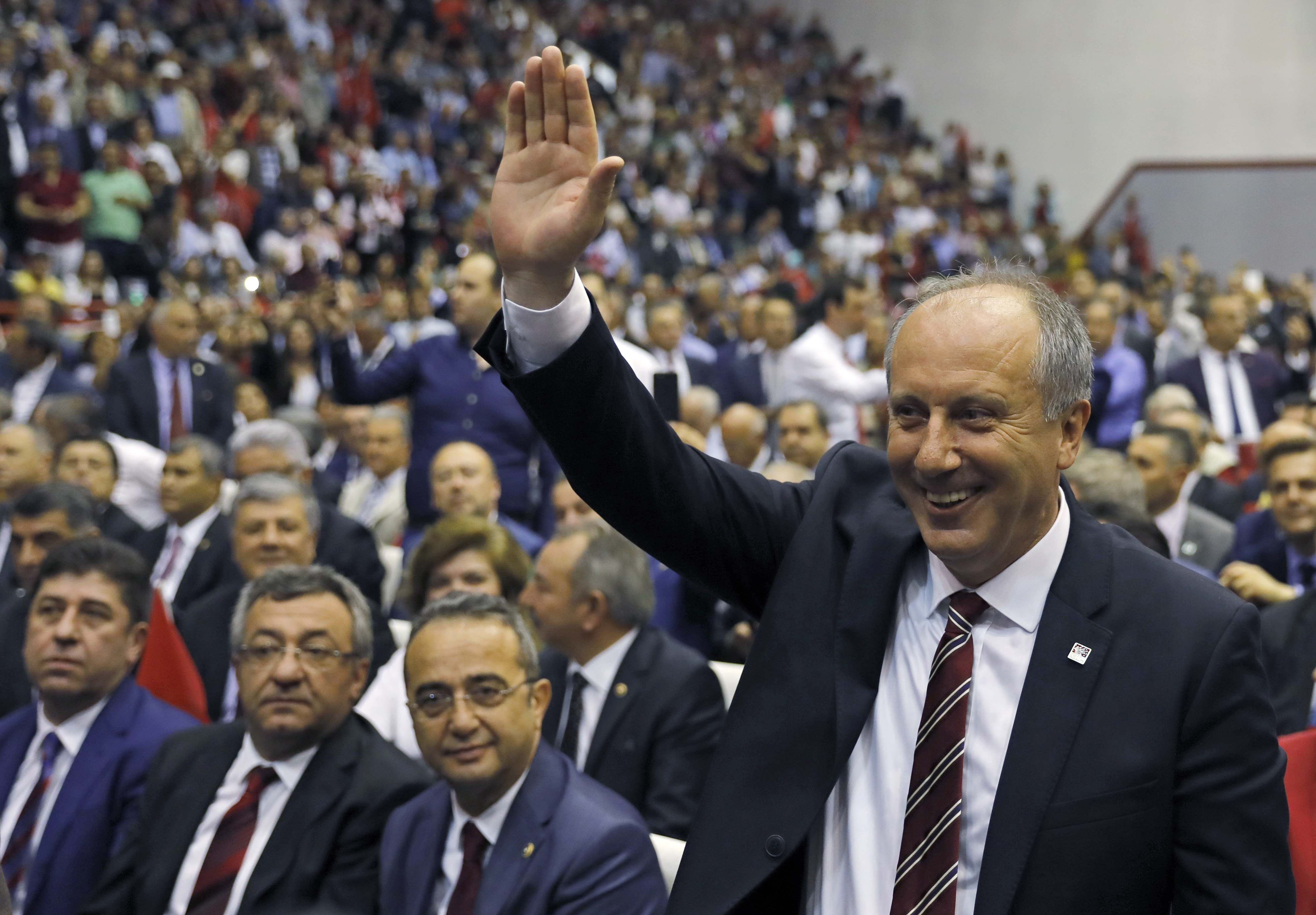 The secularist CHP, which has never won an election against Erdogan in his decade and a half in power, chose 54-year-old ex- high school physics teacher Muharrem Ince as its candidate.

“I will be everyone’s president, a non-partisan president. The depressing times will end on June 24,” Ince told thousands of flag-waving supporters at a rally in Ankara, where he was introduced by party leader Kemal Kilicdaroglu. 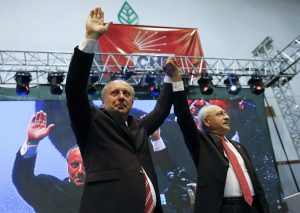 Kilicdaroglu had previously said he would not run for president, saying the head of a party should not simultaneously serve as head of state.

Ince is widely known as one of the most spirited speakers from the opposition in parliament. He ran as the sole challenger for party leadership against Kilicdaroglu in the last two CHP party elections, in 2014 and 2018.

He is seen as a candidate who can match the harsh rhetoric often used by Erdogan, while also drawing in more conservative and right-wing voters, beyond the CHP’s base of secular, Western-oriented Turks.

Ince said that as president, he would not live in the 1,000 room presidential palace built by Erdogan in Ankara, saying he would turn it into a “haven of learning” instead.

Against Erdogan, a masterful campaigner, the CHP has failed to gain momentum outside its core base of secular voters. In the last parliamentary election in November 2015 it took 25.3 percent of the vote, with much of that coming from large cities such as Istanbul and Izmir and the western coastal region.

Ince, a lawmaker from the northwestern province of Yalova, vowed to end partisanship in the judiciary and public services, and make amendments to an ailing economy suffering double-digit inflation, a gaping current account deficit and a slide in the lira of more than 10 percent against dollar this year.

Erdogan’s most credible challenge, however, is seen as coming not from the CHP but former Interior Minister Meral Aksener, who last year founded the Iyi (Good) Party after splitting with the nationalist MHP, which is backing Erdogan.

An opinion poll conducted in mid-April put Erdogan well ahead in the race with 40 percent followed by Aksener at 30 percent, Ince 20 percent and the jailed pro-Kurdish opposition HDP party leader Selahattin Demirtas under 10 percent.

The CHP, the Iyi Party and two other parties are this week expected to seal an election alliance to create a broad coalition against Erdogan. This has raised speculation that the CHP could pull its candidate in the second round of voting and back Aksener.

To win in the first round, a candidate needs more than 50 percent of the votes. Polls indicate a second round is likely to transpire and would be on July 8 if necessary.

(This story was refiled to fix typographical error in headline.)