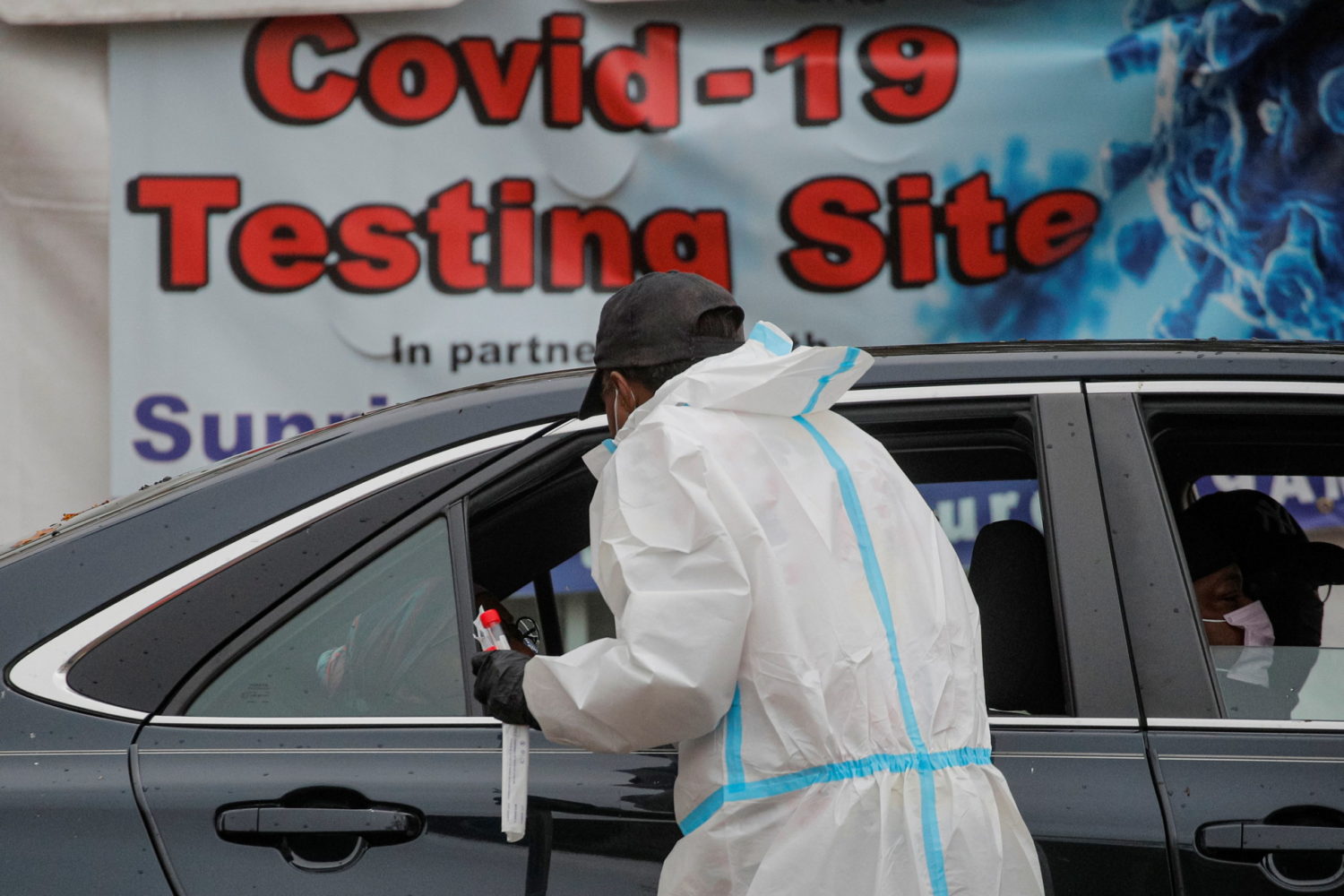 By Maria Caspani and Sharon Bernstein

WASHINGTON (Reuters) – The city of Philadelphia will ban indoor gatherings altogether and the nearby state of New Jersey will strictly limit their size as U.S. officials struggle to slow a COVID-19 surge that could overwhelm hospitals and kill thousands.

Philadelphia, the nation’s sixth-largest city, is strongly urging residents to shelter at home and “prohibiting indoor gatherings of any size in any location, public or private,” health commissioner Thomas Farley said at a news conference on Monday.

“We need to keep this virus from jumping from one household to another,” Farley said. If “exponential” growth of cases continues, hospitals will soon become overwhelmed and more than 1,000 people could die in Philadelphia over the next six weeks before the end of the year, he said.

In neighboring New Jersey, Governor Phil Murphy on Monday said a maximum of 10 people will be allowed to gather indoors, down from 25. On Nov. 23, the limit for outdoor gatherings will drop from 500 to 150.

“It’s gotten worse and it’s gonna get worse,” the Northeastern state’s Democratic governor said in an interview with MSNBC.

Total U.S. infections crossed the 11 million mark, just over a week after hitting 10 million, the fastest time it took the country to report an additional 1 million cases since the pandemic began. States across the nation have re-imposed restrictions to stem the resurgent virus straining many healthcare systems.

Dr. Alexander Garza, head of the St. Louis Metropolitan Pandemic Task Force, said hospitals in Missouri could run out of capacity in two weeks as cases there continue to rise.

“If this continues, we’re absolutely going to need more staff, more help, more of everything to deal with the crush of patients that we see coming at us,” Garza told CNN on Monday.

Forty U.S. states have reported record increases in COVID-19 cases in November, while 20 have seen a record rise in deaths and 26 reported record hospitalizations, according to a Reuters tally of public health data.

In Ohio, where total cases have increased by about 17% and total hospitalizations have risen by at least 25% in the past seven days, the state’s health department issued a revised order to limit mass gatherings, which takes effect on Tuesday, Governor Mike DeWine said on Monday.

In what she called the re-enactment of the “most heightened level of statewide” coronavirus restrictions, New Mexico Governor Michelle Lujan Grisham instructed residents to stay home for two weeks beginning on Monday, among other curbs.

“We face a life-or-death situation and we cannot fail to act,” Grisham wrote on Twitter.

The slew of grim records and news was partly offset by Monday’s announcement by drugmaker Moderna that its experimental vaccine was 94.5% effective in preventing COVID-19, based on interim data from a late-stage trial.

Together with Pfizer Inc’s vaccine, which is also more than 90% effective, and pending more safety data and regulatory review, the United States could have two vaccines authorized for emergency use in December with as many as 60 million doses available this year.

Dr. Anthony Fauci, a top U.S. health official, said the Moderna vaccine results were impressive but cautioned the United States could still go through a “dark winter” as COVID-19 fatigue sets in and people grow tired of restrictions.

“It’s a very serious situation,” Fauci said on NBC’s “Today” program. “But the fact that help is on the way should spur us even more to double down on some of the public health measures. … We can do it.”