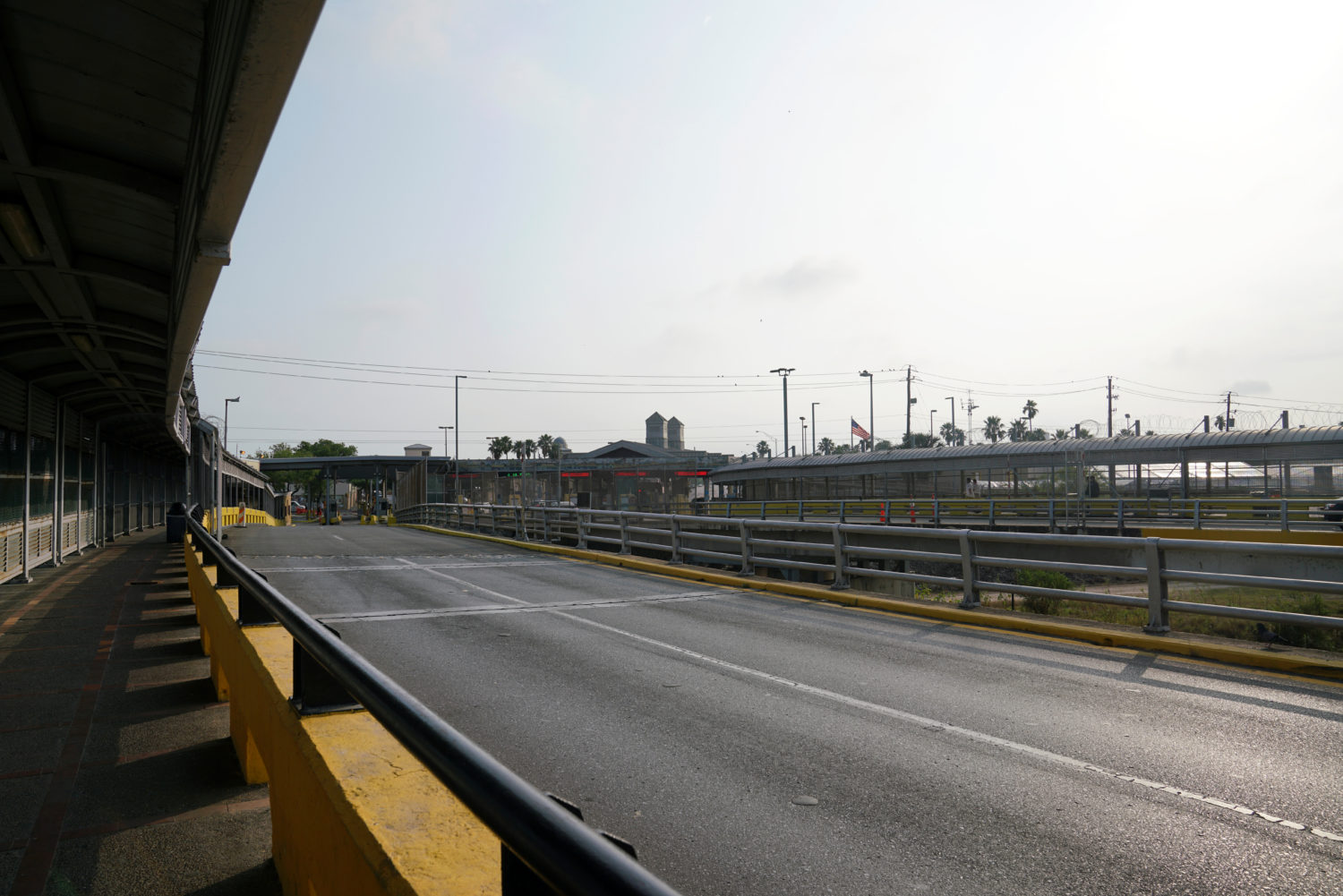 MEXICO CITY (Reuters) – Roberto Manuel wore two shirts, three jackets and four pairs of pants to brace himself for subzero temperatures in Matamoros, the Mexican city opposite Texas, where he lives in a flimsy tent while waiting to resolve an asylum claim in the United States.

“It was cold last year, but not like this with ice,” the 43-year-old said on Tuesday evening by phone from the encampment, where he is among about 1,000 migrants, most from Central America, hoping to be granted refuge across the border.

Manuel, from Nicaragua, has lived there a year and a half under former President Donald Trump’s controversial Migrant Protection Protocols (MPP) program that makes asylum seekers wait in Mexico for U.S. court hearings.

He is hopeful that President Joe Biden will make migration policies more humane, ending the uncertainty of his life in limbo on the border so he can make plans to work with a friend in Miami.

In fact, Biden’s administration has said a new process will gradually begin in coming days to allow thousands of MPP asylum seekers to await courts’ decisions within the United States, a policy change that should eventually empty the camp. But Manuel said he is fuzzy on the details.

For now, there is just the stinging cold, even in his layers, which has plunged swathes of northern Mexico and the southern United States into chilling temperatures and left millions of people without power.

“Everything froze – the water we cook with, even clothes became stiff with ice,” Manuel recalled from the previous night, when sleet pummeled the plastic tarps slung over camping tents as extra protection from the elements.

Even in the daytime, icicles clung to tent roofs and shards of ice glittered on the ground, a video filmed by another camp resident showed.

“How are we surviving the cold? With the embrace of God, nothing else,” said Sandra Andrade, 44, of El Salvador, narrating the video.

Her daughters, ages 8 and 11, left the camp a few months ago to join their uncle in Boston, and Andrade said she was relieved they were spared the deep freeze.

“If they had been here in this icebox, they would be crying from cold every night,” she said in an interview. Even she has had trouble sleeping, kept awake by the noisy wind stirring up the flaps of tents and tarps.

Now with Biden in office, Andrade said she hopes to be able to soon reunite with her daughters, although she worries the brutal cold snap could put a dent in the new plan.

“If it’s causing a slowdown in sending the vaccine, imagine a process like this,” she said. 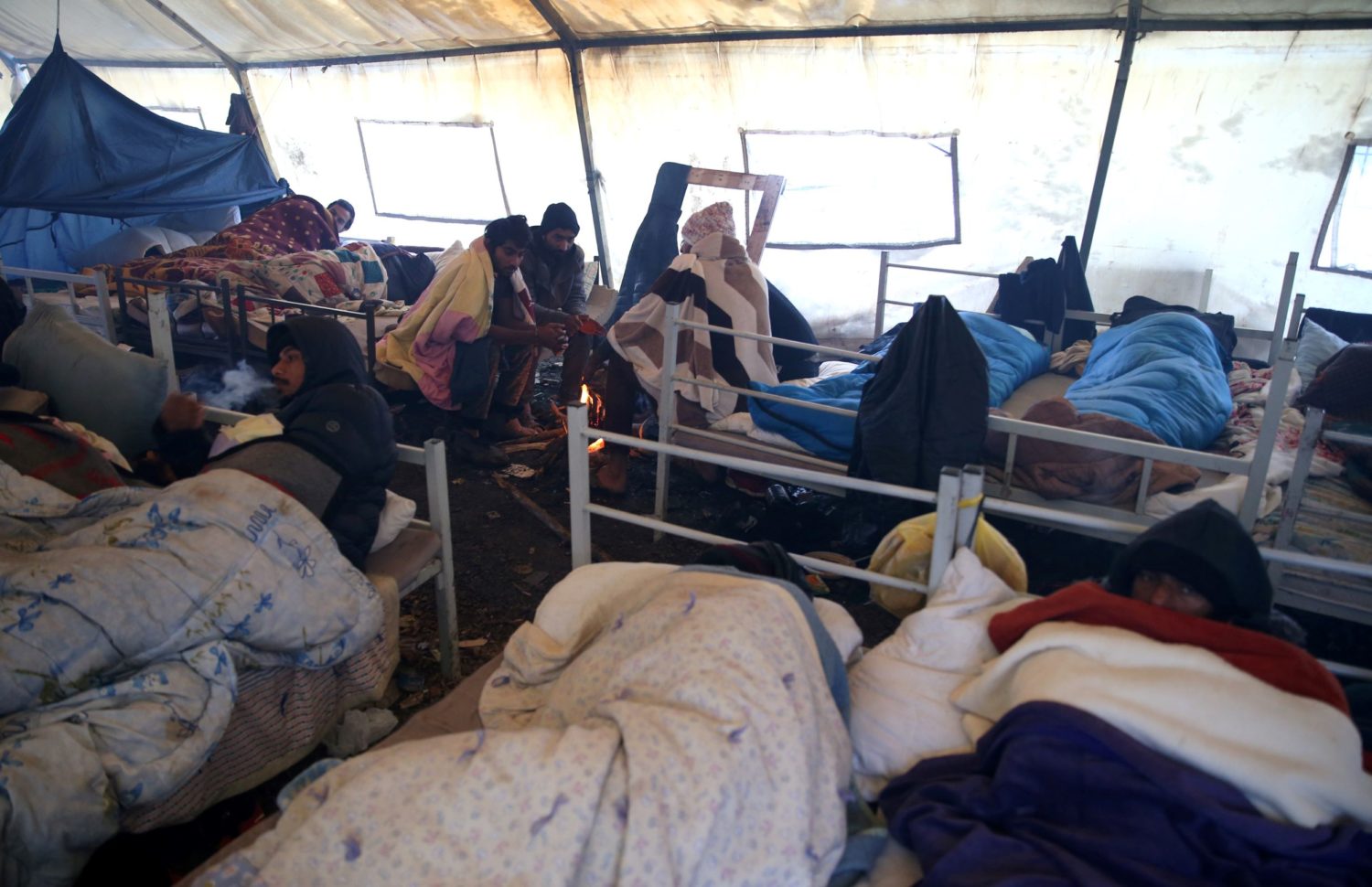 ‘People are not animals’; stranded migrants freeze in Bosnian forest
By Dado Ruvic

VUCJAK, Bosnia (Reuters) – Hundreds of migrants and refugees stuck in a makeshift camp in a Bosnian forest are struggling to survive in subzero temperatures as snow weighs down on their tents, spurring fears that some may die unless they are resettled soon.

A senior human rights envoy who visited the camp on Tuesday demanded its immediate closure, though a Bosnian government minister said it could take up to a month to move the refugees to a more secure location. 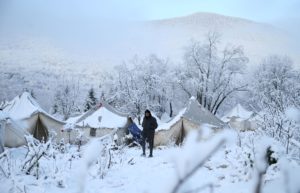 Mauloddin is among some 600 migrants from the Middle East and Asia stuck in the camp at Vucjak, a former landfill site about 8 km (5 miles) from the Croatian border, because Bosnian authorities cannot agree on where to settle them.

Bosnia is struggling to deal with an upsurge in migrant numbers since Croatia, Hungary and Slovenia closed their borders against undocumented immigration. The migrants hope to get to wealthy western Europe and find work there.

Some lacked warm clothes and were wrapped in blankets, some traipsed through the snow and mud in flip-flops to collect firewood. One man brushed snow from the roof of his tent to prevent it collapsing.

“Vucjak must be shut down today,” said Dunja Mijatovic, commissioner for human rights at the Council of Europe. “Otherwise the people here will start dying.”

Mijatovic added that as a Bosnian citizen whose country generated its own stream of refugees during the wars that tore apart Yugoslavia in the 1990s she was “ashamed” of the conditions in the camp, saying they were “not for human beings”.

Aid agencies have long urged the authorities to close the camp, which lacks running water and electricity. The forest is strewn with landmines left over from the wars of the 1990s. [L8N27G8O3]

“THEY STRIKE US, THEY HIT US”

Security Minister Dragan Mektic said on Tuesday the migrants would be moved to a location near the capital Sarajevo in the next month.

Until then, said Selam Midzic, head of the Red Cross from the nearby town of Bihac, the migrants will have to endure the freezing cold and many will fall sick. The Red Cross is the only organization providing food and medicines to the migrants.

Commenting on their plight, Rezwanullay Niazy, a 24-year-old Afghan, said: “We spent all our money… We came close to Europe, and now they closed the Croatian and Slovenian borders. When we go there they strike us, they hit us.”

Human rights groups have accused Croatian police of using violence to push the migrants back over the border into Bosnia, a charge denied by Croatian authorities.

“They (the Europeans) really don’t want refugees to come to their countries,” said Niazy. 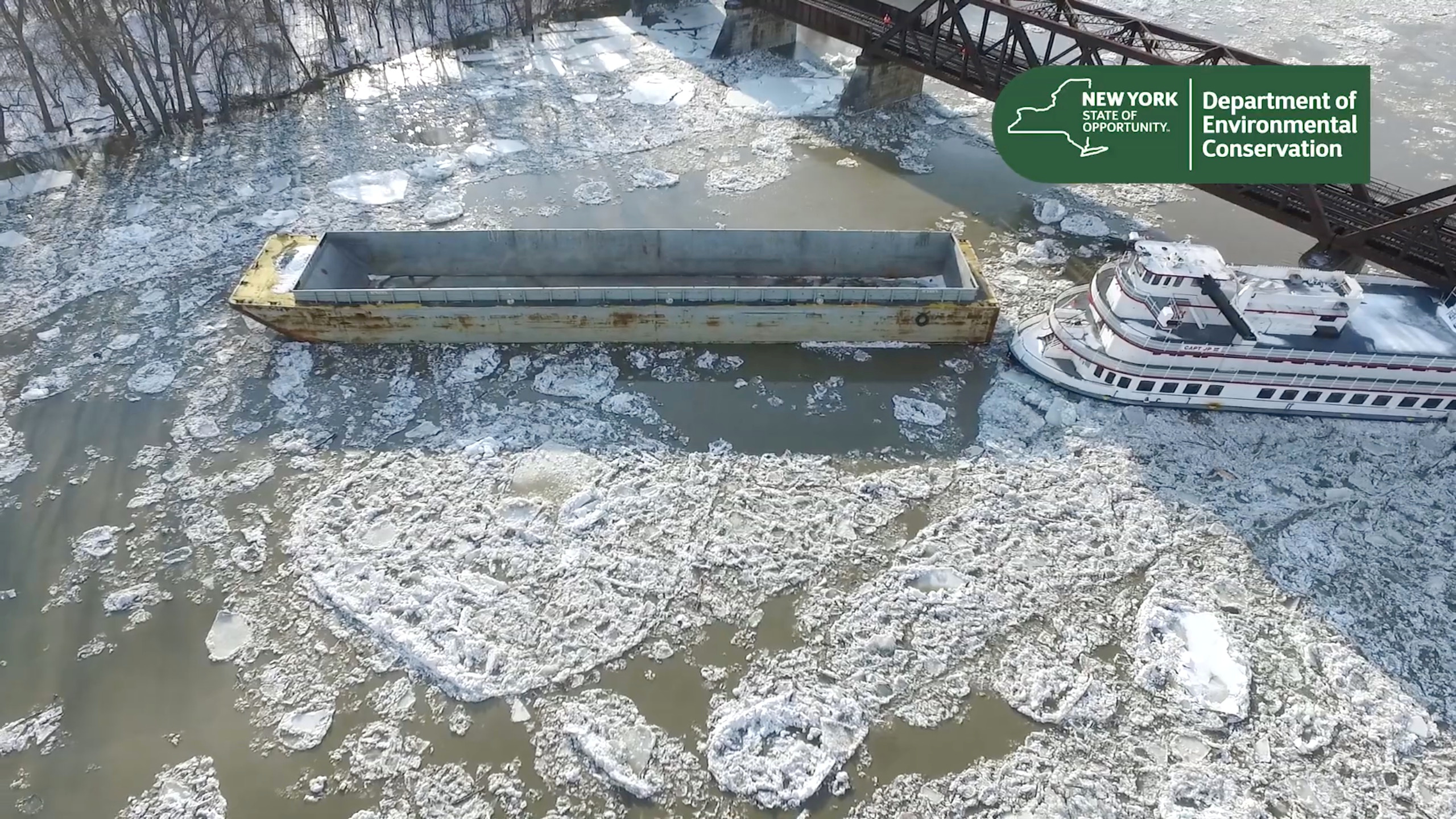 (Reuters) – The U.S. Midwest and Northeast were braced for dangerous subzero temperatures this week, as the polar vortex was set to blast arctic conditions unusually far south, the National Weather Service said on Monday.

The system was set to extend from the Dakotas through New England, with Chicago expecting temperatures to plunge as low as -25 degrees Fahrenheit (-32 Celsius) overnight Tuesday into Wednesday, the weather service said.

The polar vortex – the frigid winds that circulate around the North Pole – is extending further south into the Upper Midwest, said weather service meteorologist Brian Hurley.

“If you live up in the Arctic Circle, you’d say this is pretty normal. When it’s actually brought down to this level, that’s when you know it’s something serious,” Hurley said in a telephone interview.

Blizzard conditions are predicted across parts of the western Ohio Valley and snow is expected Tuesday through Wednesday from the Great Lakes region into New England, the weather service said.

Snowfall will occur in the Dakotas, Minneapolis and St. Paul, Minnesota; and in Central Michigan, where a foot (30 cm) or more of snow is expected, the weather service said. Upstate New York, Vermont and New Hampshire will see less than a foot of snow, and Boston will get less than an inch (2.5 cm).

Chicago will take the main brunt of the supercold weather, with widespread heavy snow already affecting the area on Monday, the weather service said on Twitter. Wind chills as low as -50 F (-46C) were also expected by Tuesday evening through Thursday morning.

The service’s Des Moines, Iowa, branch said “dangerous, life-threatening cold air” will hit the Midwestern state from Tuesday morning through Friday morning, with wind chill values on Wednesday likely to range from minus 45 Fahrenheit (minus 43 C) to minus 55 Fahrenheit (minus 48 C) across the northern part of the state.

Delta Air Lines Inc said it would waive flight change fees for passengers affected by the winter weather in Chicago, Detroit and areas of the Upper Midwest.