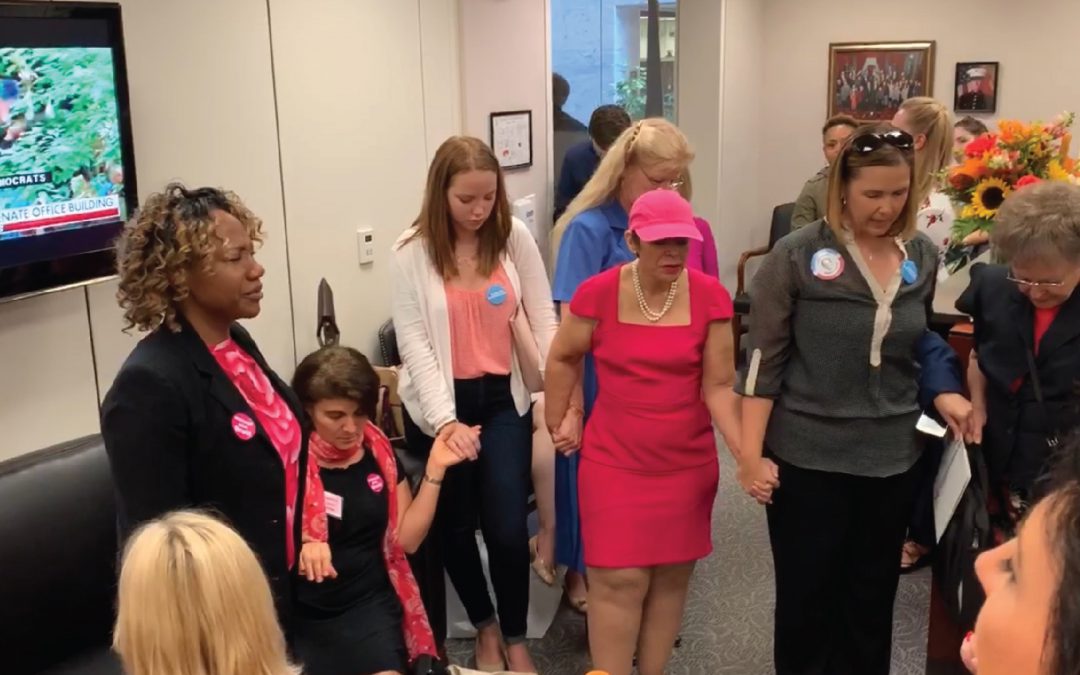 Four of us left our hotel at 8 AM Friday morning and arrived early at the private entry door where we waited until 9 to get in.

Our special passes were issued by high-ranking Senators. Two of them, whose names are most-associated with these proceedings entered the room where 150 or so of us were gathered. They asked that we not record or take pictures. So—I will not reveal their names. But one of them said to us, “I believe in the power of prayer. Don’t pay so much attention to what is happening on the floor. But keep focused on prayer as you ask that the Lord’s will be done.” 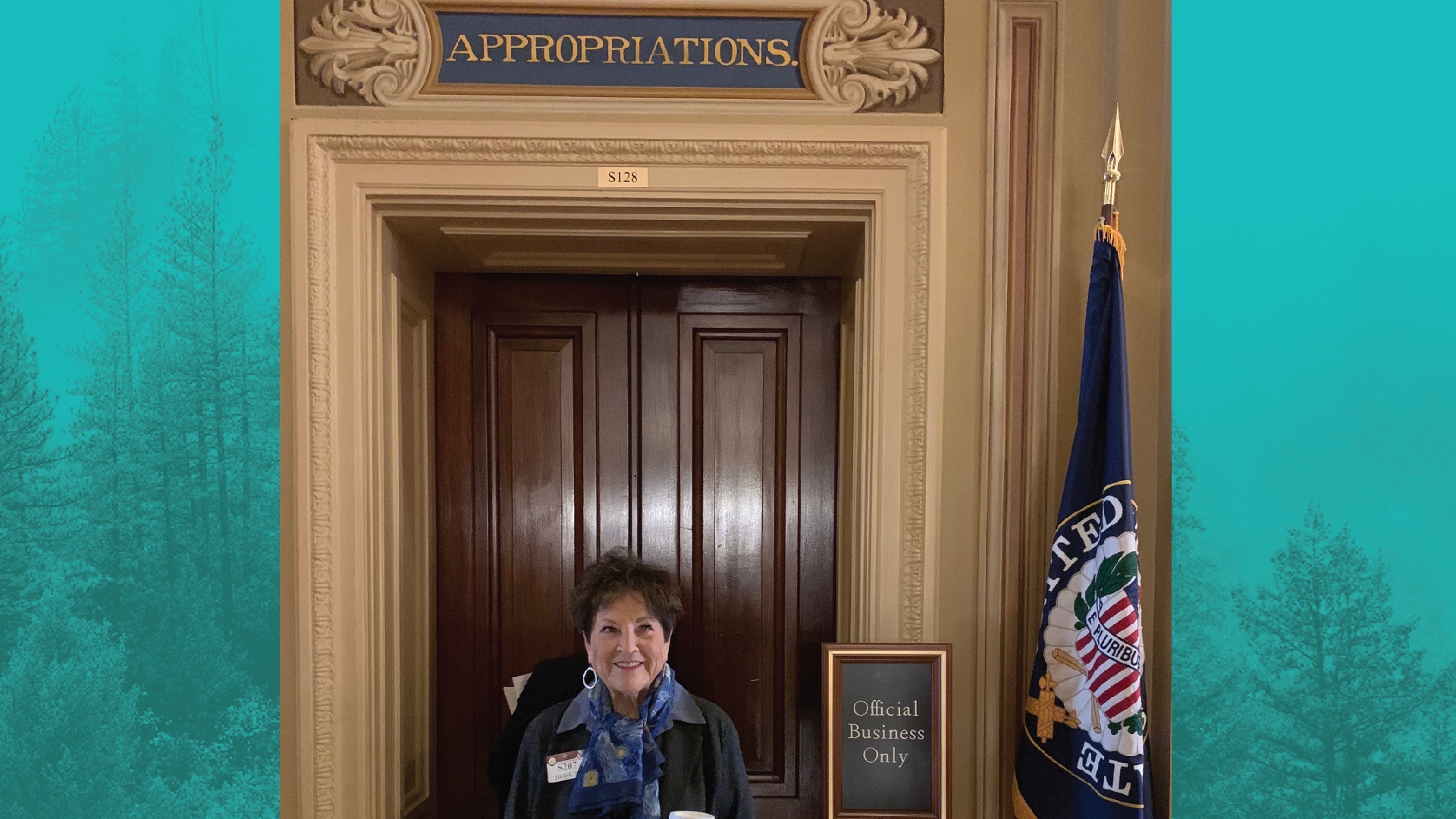 Inside the Senate Gallery, there was decorum. No shouting. On both sides of the Gallery, people behaved with respect. The prayer on the Republican side where we sat was amazing. The people were amazing. We were instructed that we could not react to anything said on the floor. Nor could we react to the outcome of the vote. Everyone on both sides respected the place. The atmosphere was one of peace. Even before any speeches or any votes. I believe the powers of the air were bound and muted by the strong army of believers here in D.C. and there where you are. The Prayer Force all across America and even the world was in action. 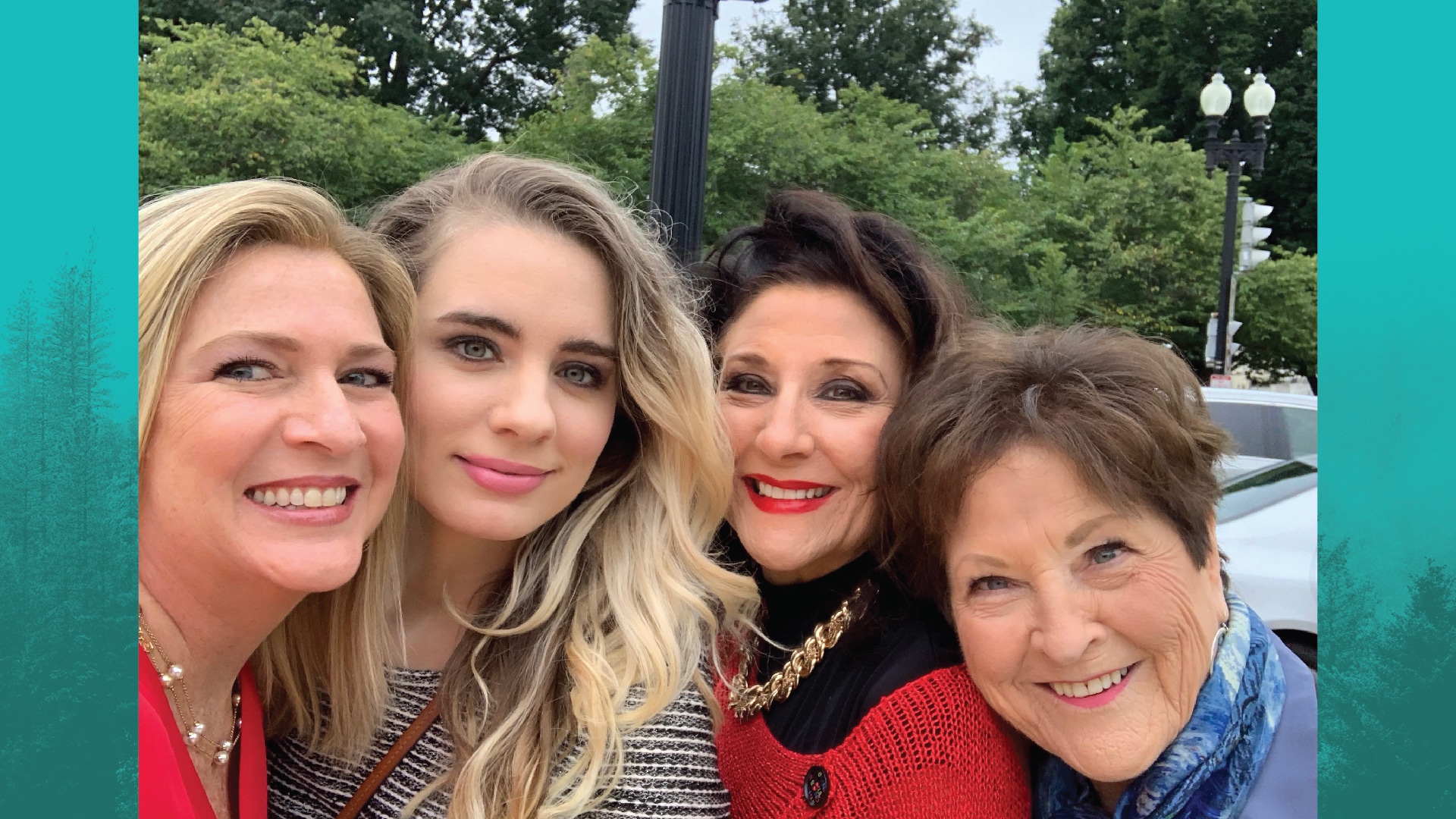 The Mobs
and
The Prayer Force

I wasn’t going to give any “ink” to the mobs but I want you to see where the real power was—in the praying people. And this morning (Saturday, October 6,) I was reading in Acts and saw that the enemy’s M.O. has been operating in MOBS for centuries.

The rabble-rousers are not affecting things in the magnitude the media is portraying. Wherever they are, cameras are following them. The press is paying little or no attention to the many, many praying people who are here.

Max is here. He did not have a Gallery pass. He was praying in Grassley’s office on Friday with about 150 believers he said were from across America. He prayed closely with one family which consisted of a mother and her 15-year old son and his grandfather. The husband and father is overseas in the military serving our country. The family has a strong military heritage. They gave Max the shirt you see him wearing in the attached photograph. 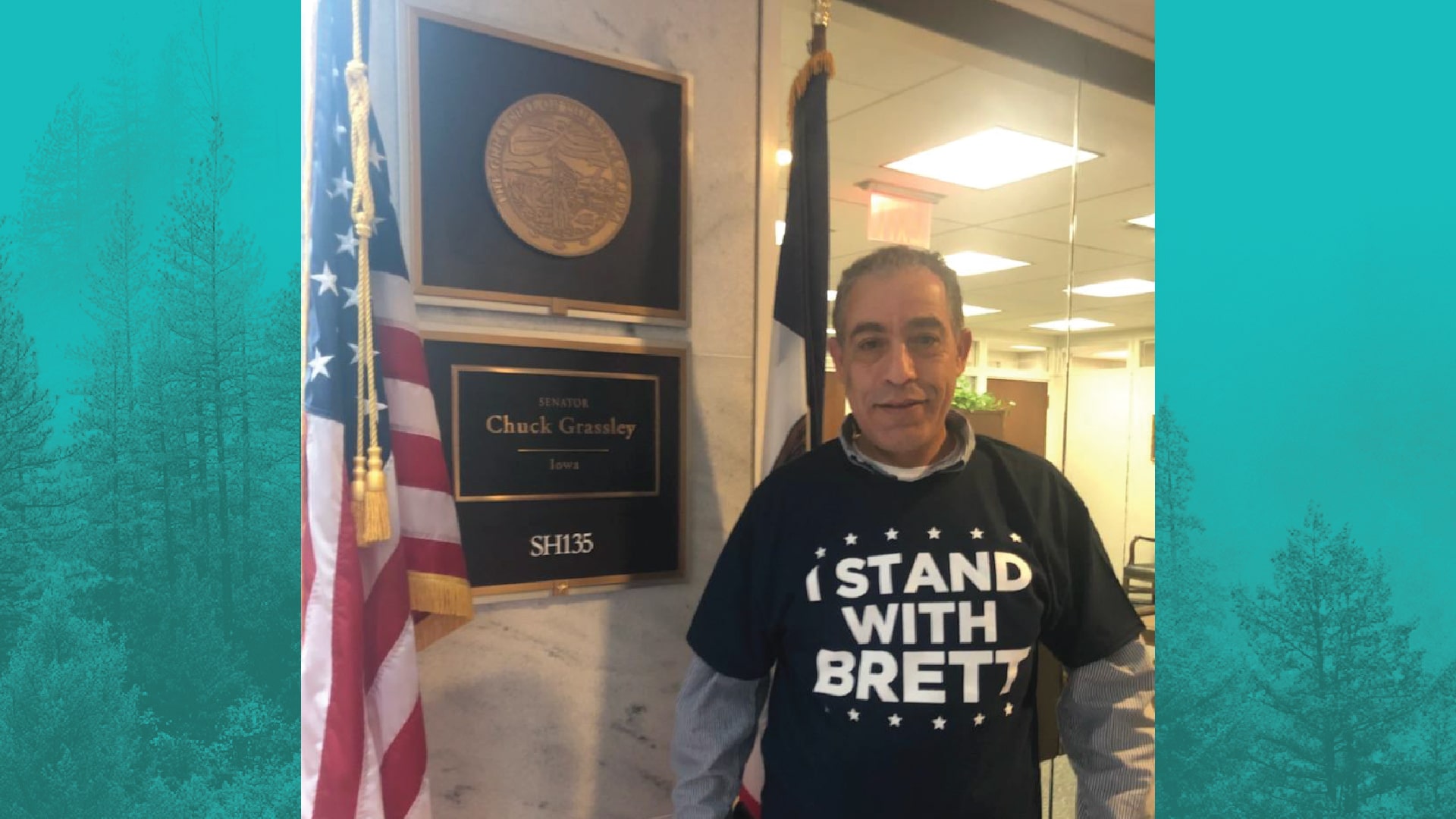 When this family group decided to walk the halls praying, and wearing these t-shirts, the 15-year old said to Max, “Walk with me, Uncle.” The grandfather, the son, and Max followed the women in their little group. A scruffy looking man (Max’s description) walked up to the boy and hit him full force in the stomach. The young man fell to the ground in pain. The Capitol Police came up to arrest the man (and incidentally they want to be arrested). However, the mother said that she didn’t want to press charges and that they would pray for the man.

Greater Is He That Is In Us
Than he that is in the world.

On Thursday we met other praying people in Senator Grassley’s office when the mob decided to take over the halls. Hannah caught a video of the leader outside Grassley’s office door yelling that we didn’t have any black people inside (Facebook video – click here). She did not know that at that very moment, the Lord had anointed a young black woman inside to lead us in prayer. I was impressed by the Power of the Holy Spirit upon her as she led in a loud voice. Her words were those of Authority, Power, and Dominion. I was thrilled at who the Lord used so mightily to put to naught the accusatory words being shouted outside the door. The adversary knew what was happening inside and that he was defeated. (Instagram video – click here) 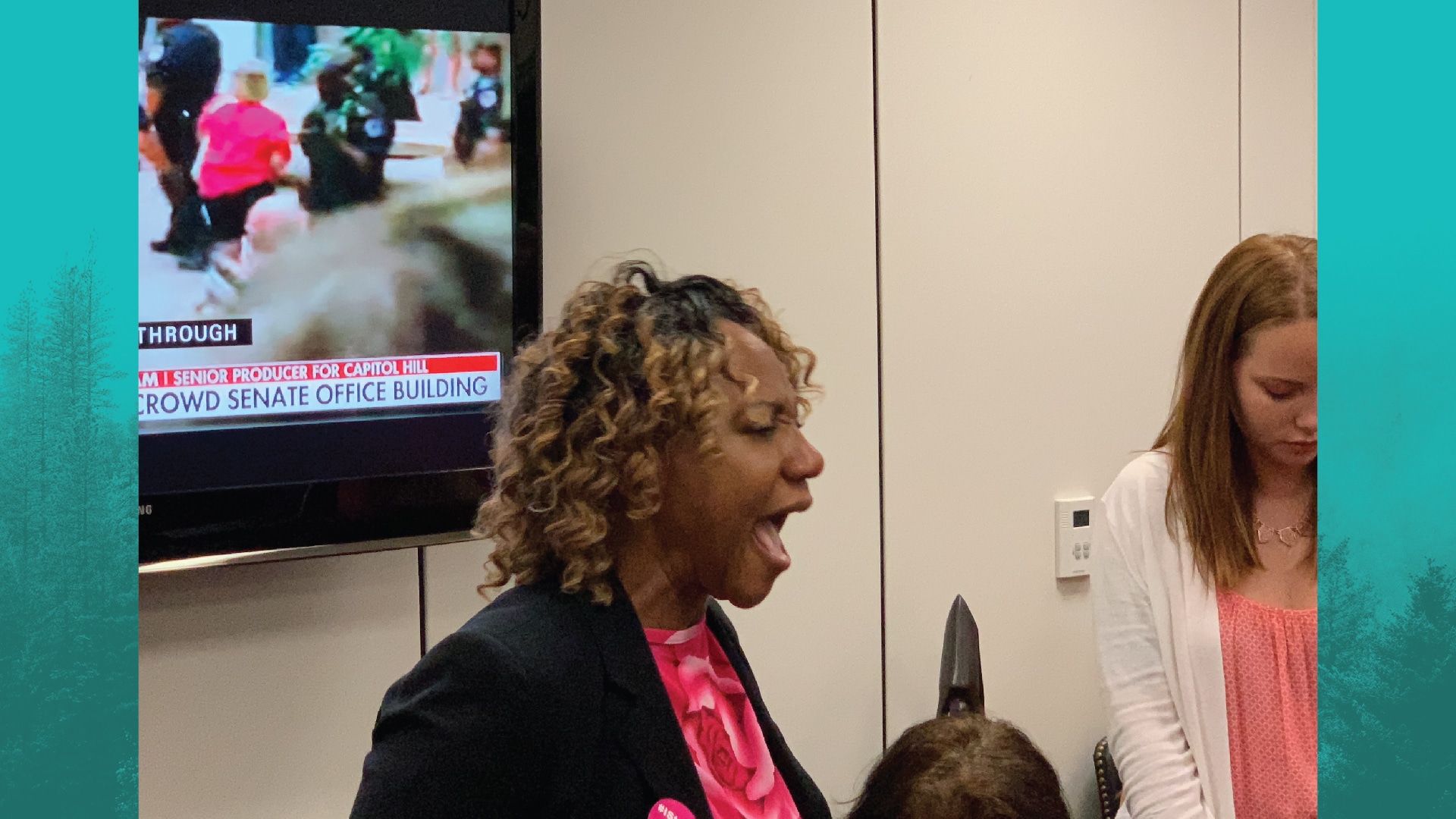 We are awaiting now (Saturday morning) word for when the vote will take place.

Again, the Lord is providing great Gallery seats for us. But as I said, wherever you are, we all meet at the Right Hand of the Father from where we operate.

Shalom and Blessings
Love in Him
Billye Brim