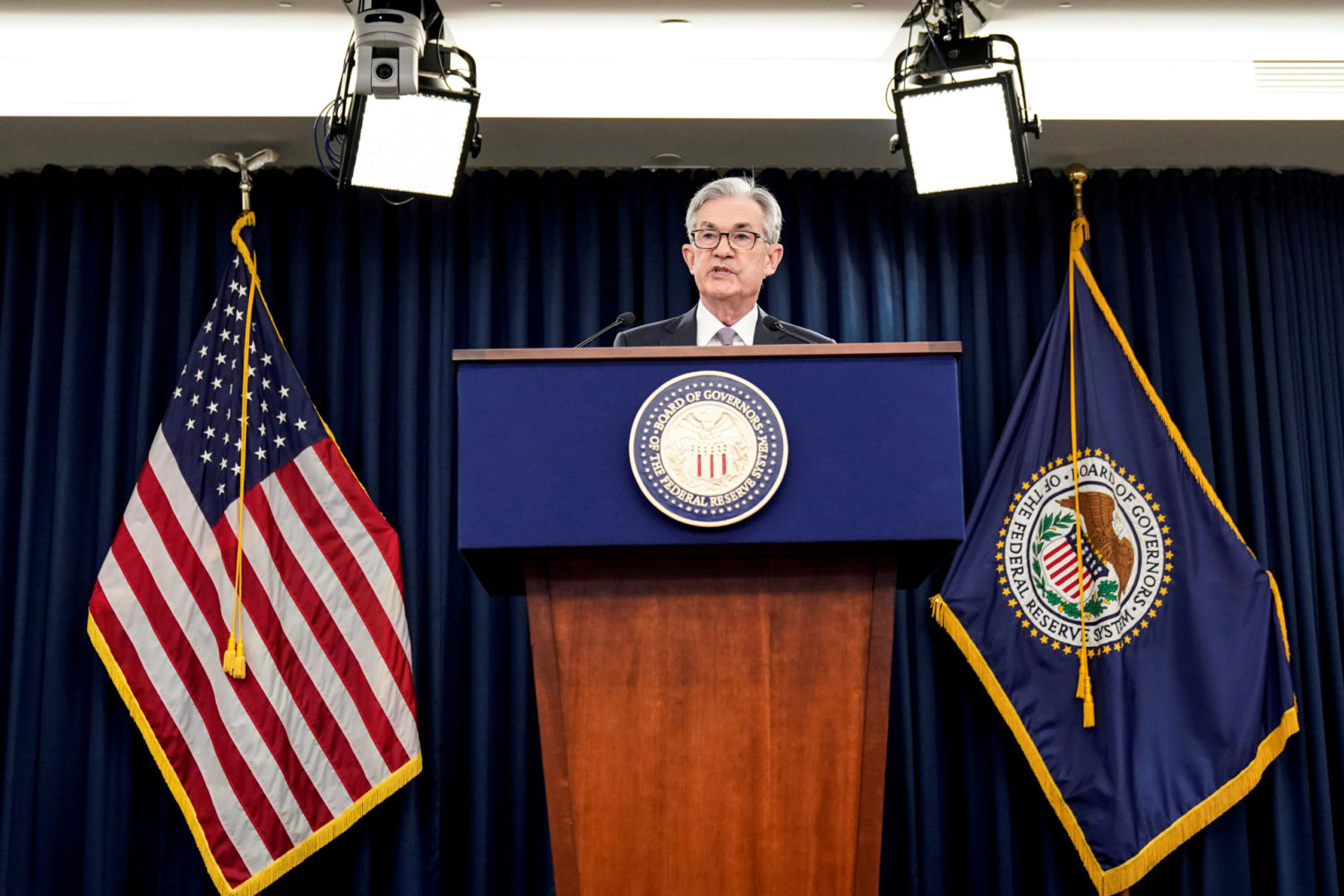 WASHINGTON (Reuters) -Federal Reserve Chair Jerome Powell told U.S. lawmakers on Tuesday that a coming round of post-pandemic price hikes won’t get out of hand and fuel a destructive breakout of persistent inflation.

“We do expect inflation will move up over the course of the year,” but it will be “neither particularly large nor persistent,” Powell said in testimony before the House of Representatives Financial Services Committee after some members said they were concerned about rising prices.

“We have the tools to deal with that” if it becomes a problem, Powell said.

Powell was testifying alongside Treasury Secretary Janet Yellen as part of a hearing to ostensibly review the progress of the U.S. economic recovery from the coronavirus pandemic, and the effectiveness of the fiscal and monetary policies used to combat the crisis.

But it was marked by an early skirmish over possible infrastructure and tax increase plans being considered by the Biden administration.

Yellen, questioned about whether corporate or other tax increases could do more harm than good, said an infrastructure plan would target “spending that this economy needs to be competitive and productive,” but would require “some revenue raisers” to offset the cost.

“The Biden administration is not going to propose policies that hurt small businesses or Americans,” Yellen said.

The U.S. economic recovery is evolving faster than expected, but still faces risks from the coronavirus pandemic on one side and potential inflation on the other as massive fiscal support rolls through the system.

The federal response to the crisis, including spending of about $5 trillion and massive support from the central bank, set the stage for a rebound now taking hold as the COVID-19 vaccination program gains momentum and pandemic restrictions are lifted.

However, it remains unclear how quickly millions of still-unemployed workers will find their way back to jobs, whether the Fed can keep markets on an even keel amid rising prices and bond yields, and if initial progress against the pandemic can be sustained.

In testimony released ahead of the hearing, Yellen repeated an optimistic view that the U.S. response, including the Biden administration’s $1.9 trillion relief package that was passed this month, could get the country back to full employment by next year.

“I am confident that people will reach the other side of this pandemic with the foundations of their lives intact. And I believe they will be met there by a growing economy. In fact, I think we may see a return to full employment next year,” Yellen said.

The current U.S. unemployment rate of 6.2% is far above the multi-decade lows of around 3.5% reached before the pandemic, and statistical surveys during the crisis may understate the true level. The economy is about 9.5 million jobs short of where it was in February 2020.

Still, Fed officials including Powell expect job growth to accelerate in coming months as life returns to normal and a wide variety of businesses, from restaurants to amusement parks, begin to reopen and re-staff their workforces.

“The recovery has progressed more quickly than generally expected and looks to be strengthening,” Powell said in his opening statement.

Yellen and Powell are scheduled to appear before the Senate Banking Committee on Wednesday.