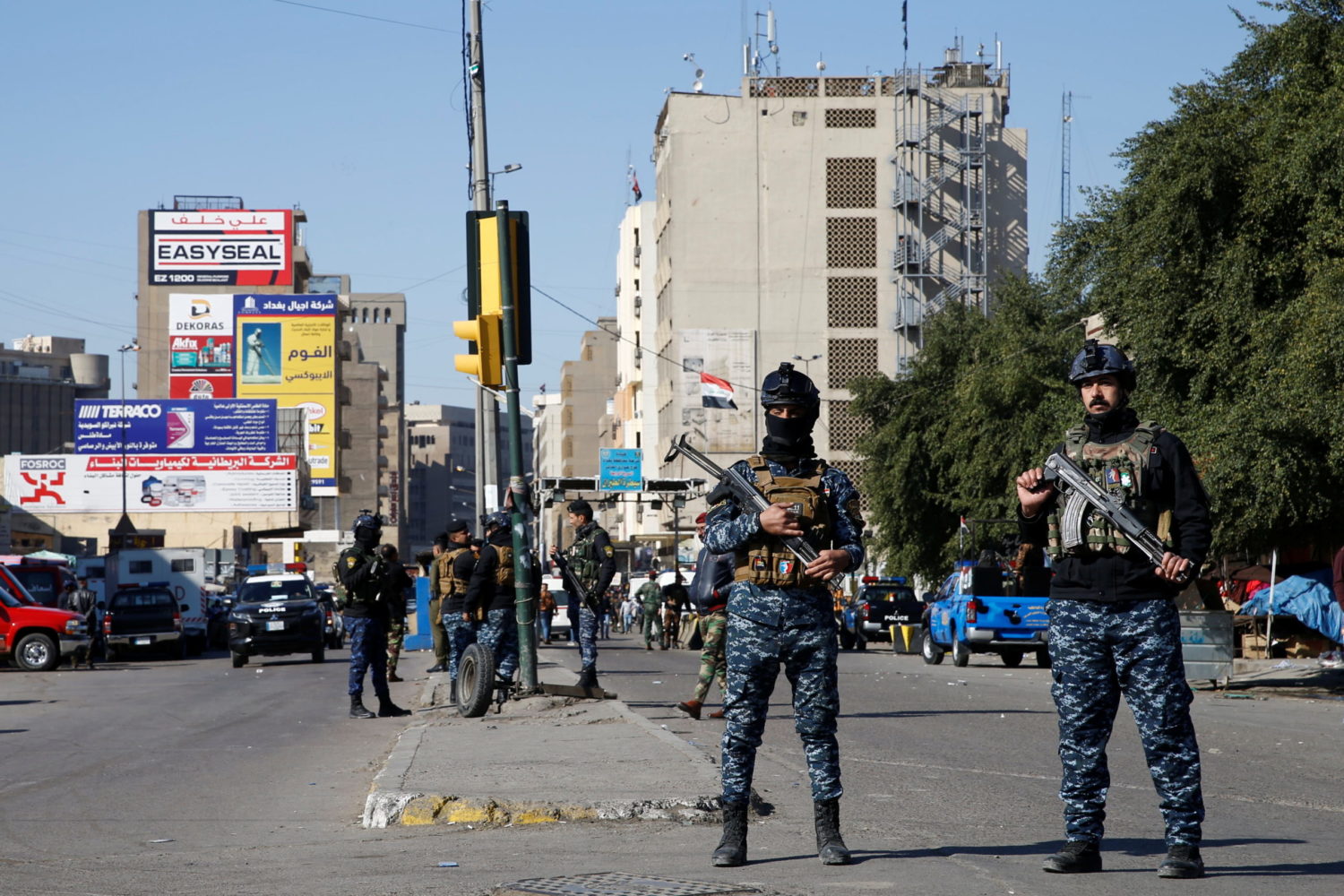 BAGHDAD (Reuters) – Two men blew themselves up in a crowded Baghdad market on Thursday, killing at least 32 people in Iraq’s first big suicide bombing for three years, authorities said, describing it as a possible sign of the reactivation of Islamic State.

Reuters journalists arriving after the blasts saw pools of blood and discarded shoes at the site, a clothing market in Tayaran Square in the center of the city. Health authorities said at least 110 people had been wounded.

“One (bomber) came, fell to the ground and started complaining ‘my stomach is hurting’ and he pressed the detonator in his hand. It exploded immediately. People were torn to pieces,” said a street vendor who did not give his name.

Suicide attacks, once an almost daily occurrence in the Iraqi capital, have halted in recent years since Islamic State fighters were defeated in 2017, part of an overall improvement in security that has brought normal life back to Baghdad.

A video taken from a rooftop and circulated on social media purported to show the second blast scattering people gathered in the area. Images shared online, which Reuters could not independently verify, showed several dead and wounded.

Thursday’s attack took place in the same market that was struck in the last big attack, in January, 2018, when at least 27 people were killed.

Suicide attacks against civilian targets were a near-daily tactic of mainly Sunni Muslim insurgents during the U.S. occupation of Iraq after the invasion that toppled Saddam Hussein in 2003, and were later employed by Islamic State, whose fighters swept across a third of the country in 2014.

By 2017 the fighters had been driven from all territory they held, although they have continued to wage a low-level insurgency against Iraqi forces and attack officials mainly in northern areas. 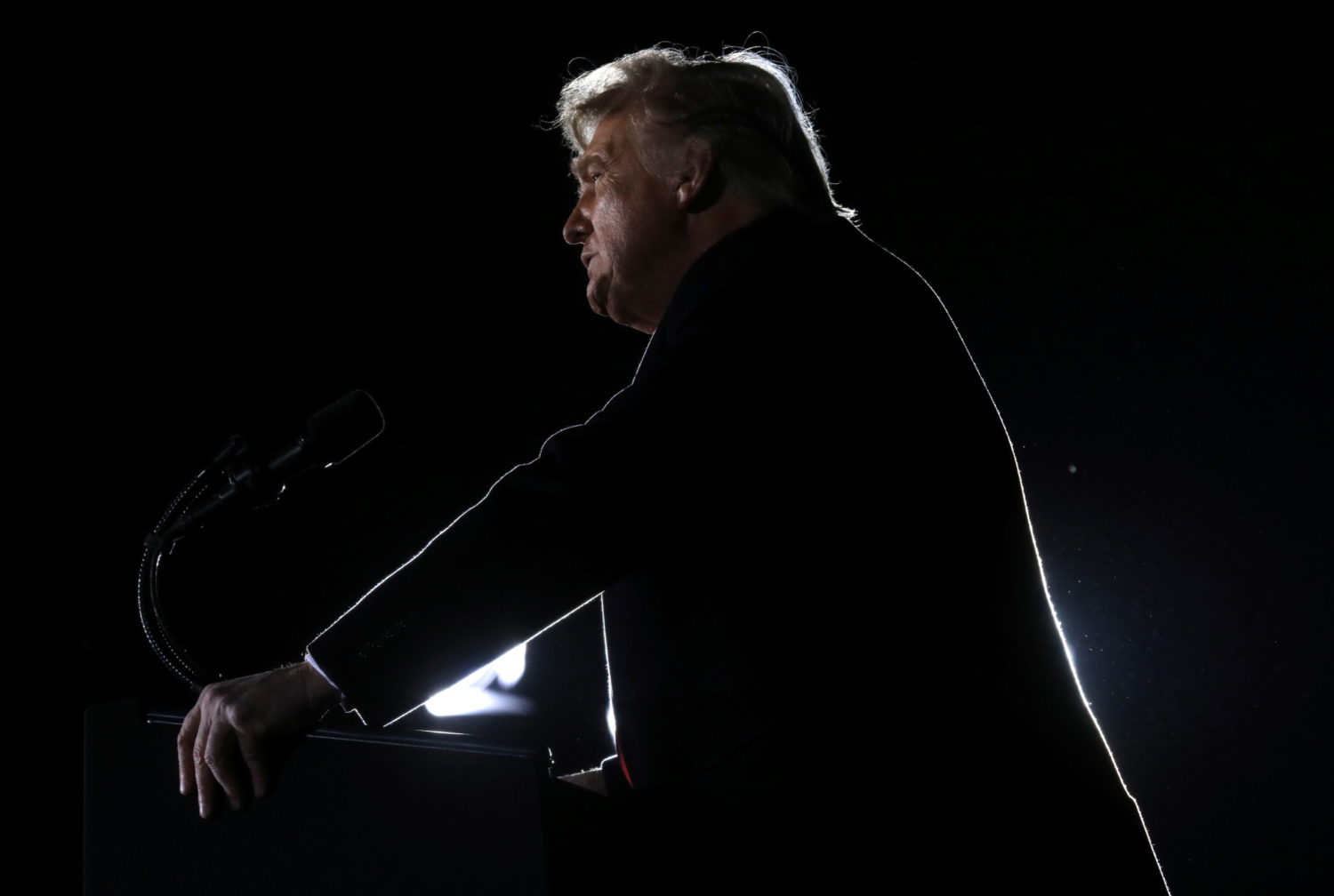 In a statement, the U.S. Treasury Department named the China-based company as Kaifeng Pingmei New Carbon Materials Technology Co Ltd. (KFCC), saying it specialized in the manufacture of carbon materials and provided thousands of metric tonnes of materials to Iranian steel companies between December 2019 and June 2020.

Among the 12 Iranian companies blacklisted are the Pasargad Steel Complex and the Gilan Steel Complex Co, both of which were designated under Executive Order 13871 for operating in the Iranian steel sector. 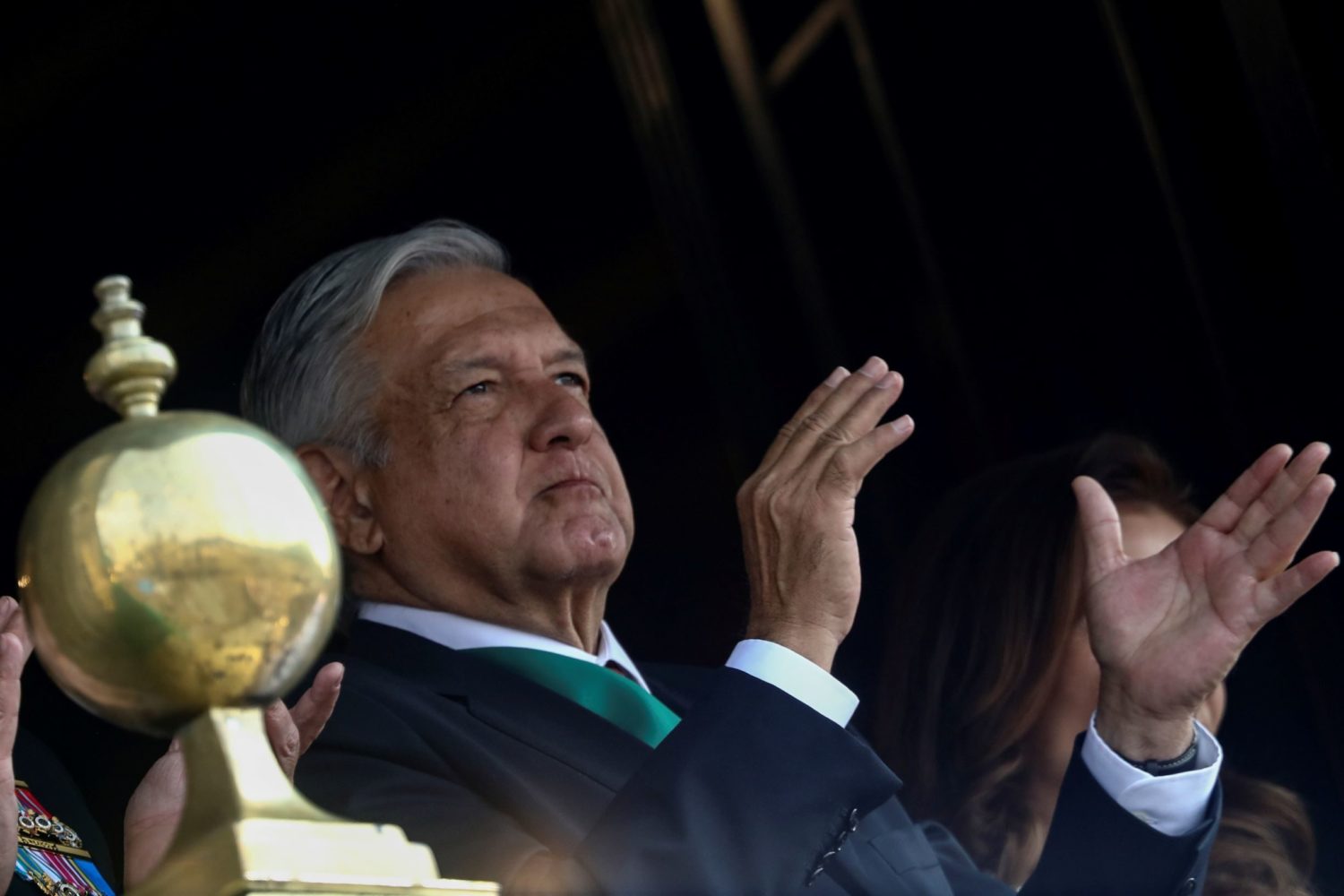 MEXICO CITY (Reuters) – President Andres Manuel Lopez Obrador said on Friday Mexico had not been invaded for more than a century and he would not permit another foreign intervention, reflecting tensions over a Trump administration plan to designate drug cartels based in Mexico as terrorist groups.

Designating groups as foreign terrorist organizations is aimed at disrupting their finances through the imposition of U.S. sanctions. While it does not directly give authority for overseas military operations, many Mexicans are nervous that it would lead to unilateral U.S. action against gangs.

“Since 1914 there hasn’t been a foreign intervention in Mexico and we cannot permit that,” Lopez Obrador said at a regular news conference, referring to the U.S. occupation of the port of Veracruz 105 years ago.

“Armed foreigners cannot intervene in our territory,” he said, instead offering more cooperation with the United States on fighting drug gangs, which have shown their power with a series of battles with security forces and civilians in recent months.

Lopez Obrador was responding to comments by U.S. President Donald Trump this week that he was working to designate Mexican cartels as terrorist groups.

The planned Barr visit will be the highest level meeting since a gangland massacre of a U.S.-Mexican family triggered Trump’s terrorist comments.

“What we need to address organized crime is more mutual cooperation, not elements that will put distance between us or create hostilities,” said Ebrard.

WASHINGTON (Reuters) – U.S. Attorney General Jeff Sessions on Monday said he had designated five groups, including Hezbollah and MS-13, as transnational criminal organizations to target with tougher investigations and prosecutions.

Sessions also said he had designated the Sinaloa Cartel, Clan de Golfo and Cartel de Jalisco Nueva Generacion for the crack down to be carried out by a special new task force.

Mostly active in Lebanon, Hezbollah was an outlier on the Attorney General’s list, which was otherwise focused on groups with ties to Latin America.

“With this new task force in place, our efforts will be more targeted and more effective than ever,” Sessions said, explaining that in 90 days task-force members will give him specific recommendations “to prosecute these groups and ultimately take them off of our streets.” 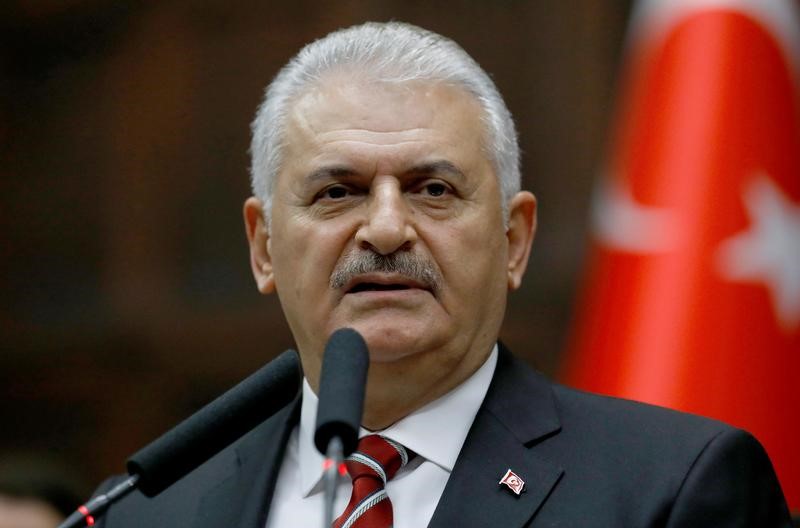 ANKARA (Reuters) – Turkey, the United States and Russia must coordinate fully to clear Syria of terrorist groups and the three countries’ chiefs of staff were working to prevent clashes between the different parties in the country, Turkey’s prime minister said.

Binali Yildirim, speaking at a news conference in Ankara, said a risk of clashes would emerge if there was not full coordination. President Tayyip Erdogan last week said the next target of Turkey’s Syrian operation was Manbij, which is controlled by the U.S.-backed Syrian Democratic Forces (SDF). 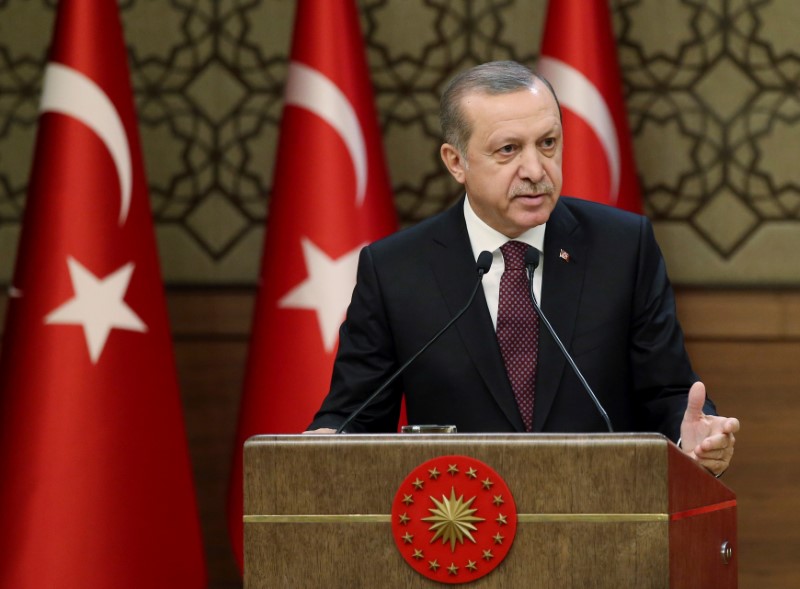 ANKARA (Reuters) – Turkish President Tayyip Erdogan said he has evidence that U.S.-led coalition forces give support to terrorist groups including the Islamic State and Kurdish militant groups YPG and PYD, he said on Tuesday.

“They were accusing us of supporting Daesh (Islamic State),” he told a press conference in Ankara.

“Now they give support to terrorist groups including Daesh, YPG, PYD. It’s very clear. We have confirmed evidence, with pictures, photos and videos,” he said. 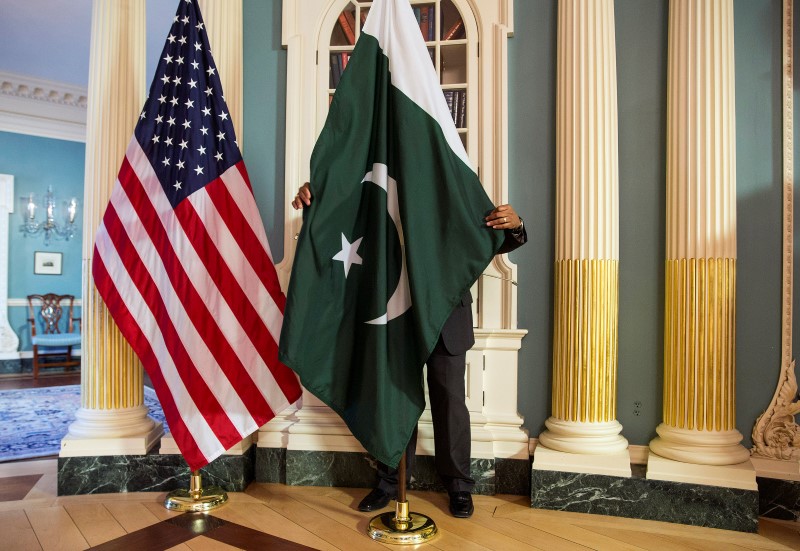 The United States has cut both military and economic aid to Pakistan sharply in recent years, reflecting mounting frustration among a growing number of officials with the nuclear-armed country’s support for the Taliban in neighboring Afghanistan.

That frustration has dogged U.S.-Pakistan ties for more than a decade, but has spiked anew as the militant Islamic group has advanced in parts of Afghanistan that U.S. and allied forces once helped to secure, U.S. officials and analysts say.

“We’re seeing a very definitive and very sharp reorienting of U.S. policy in South Asia away from Afghanistan-Pakistan and more towards India,” said Michael Kugelman, a South Asia expert with the Woodrow Wilson Center, a Washington think-tank.

The U.S. relationship with Pakistan has long been a transactional one marked by mutual mistrust, marriages of convenience, and mood swings.

The long-standing U.S. frustration with Pakistan’s refusal to stop supporting the Taliban, especially within the U.S. military and intelligence community, is now overriding President Barack Obama’s administration’s desire to avoid renewed military involvement in Afghanistan, as well as concerns that China could capitalize on fraying ties between Washington and Islamabad, the U.S. officials said.

Obama announced last month he would keep U.S. troop levels in Afghanistan at 8,400 through the end of his administration, shelving plans to cut the force in half by year end.

The decrease also comes amid budget constraints and shifting global priorities for the United States, including fighting Islamic State militants, a resurgent Russia and an increasingly assertive China.

Earlier this month, Secretary of Defense Ash Carter refused to authorize $300 million in military reimbursements to Pakistan, citing the limited gains the country has made fighting the militant Haqqani network, which is based in the country’s tribal areas bordering Afghanistan. The approval of such funding has been mostly routine in the past.

In a stark illustration of the limits of U.S.–Pakistan cooperation, the United States killed Taliban leader Mullah Akhtar Mansour in a drone strike in Pakistan’s remote Baluchistan region in May, without informing Pakistan.

Some U.S. officials still warn of the dangers of allowing relations with Pakistan to deteriorate. In a July 26 opinion piece in the Financial Times, Senator John McCain, chairman of the Senate Armed Services Committee, argued that “the strategic imperative for improved relations between the U.S. and Pakistan is clear – for the safety of American troops and the success of their mission in Afghanistan, for the stability of the region and for the national security of both Pakistan and the U.S.”

A senior Pakistani defense official said the United States will continue to need Pakistan in the fight against terrorism. Authorities in Islamabad have long rejected accusations that Pakistan has provided support and sanctuary to militants operating in Afghanistan.

“We have lost over a hundred billion dollars in fighting terrorism, which is more than anything they have given us,” said the official, speaking on condition of anonymity.

In any event, the official said, Pakistan can turn to other sources of aid, including China. Last year the two countries launched a plan for energy and infrastructure projects in Pakistan worth $46 billion.

Nevertheless, the U.S. tilt toward India, Pakistan’s arch-foe, is likely to continue.

U.S. defense companies including Lockheed Martin and Boeing Co. are entering the Indian market, and the country has become the world’s second-largest arms buyer after Saudi Arabia, according to data compiled by the Stockholm International Peace Research Institute.

Earlier this year, India and the United States agreed in principle to share military logistics, as both sides seek to counter the growing maritime assertiveness of China.

(Reporting by Idrees Ali in Washington. Additional reporting by Tommy Wilkes and Mehreen Zahra-Malik in Islamabad.; Editing by John Walcott and Stuart Grudgings)