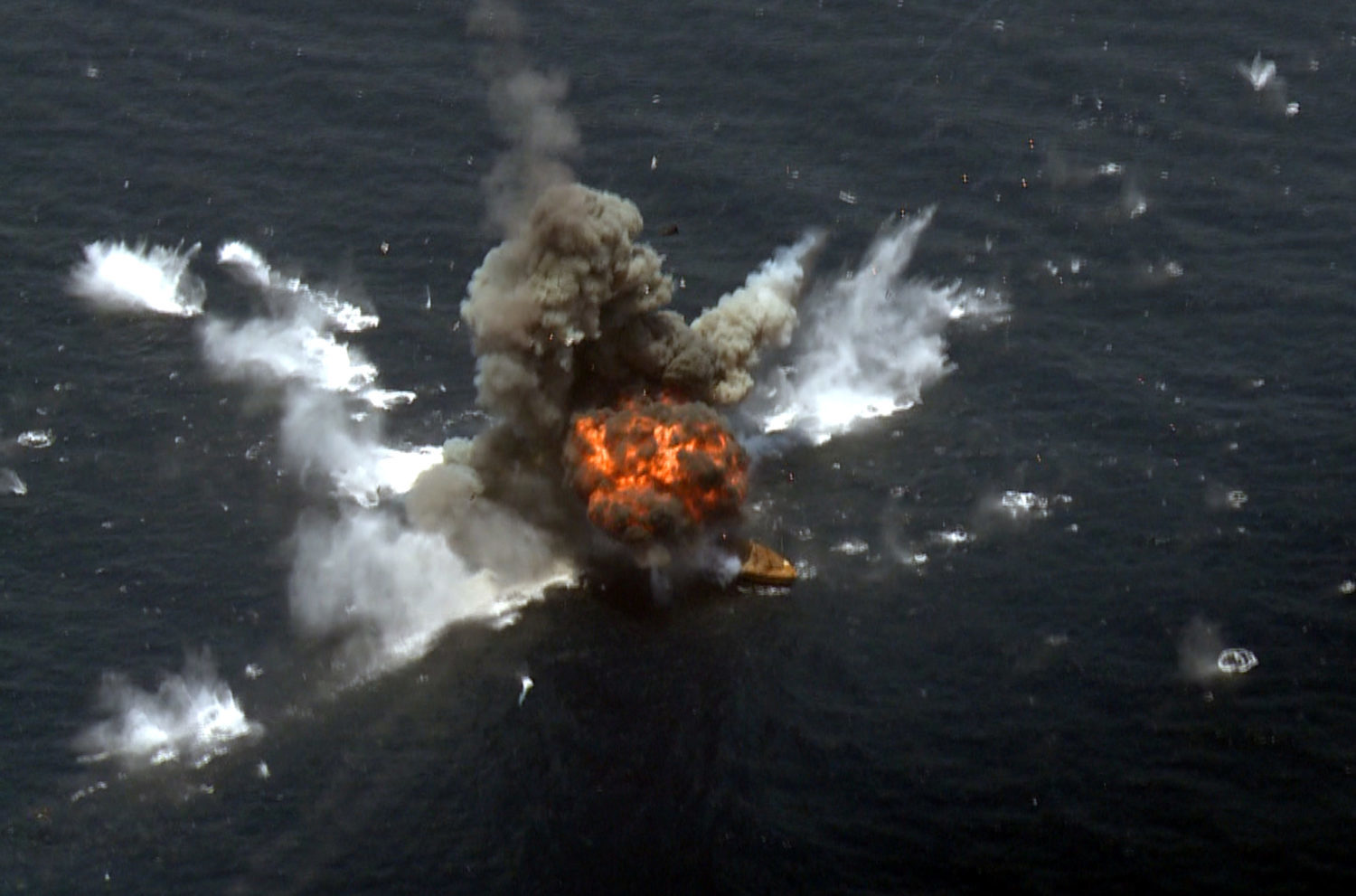 DUBAI (Reuters) – Iran said on Thursday its navy had successfully fired a new locally made cruise missile during war games in the northern Indian Ocean and near the entrance to the Gulf.

The test-firing comes as the United States is seeking an extension of a U.N.-imposed arms embargo against Iran, which is due to expire in October under Tehran’s 2015 nuclear deal with world powers. Washington withdrew from that pact.

“During the exercises, short-range and long-range coast-to-sea and sea-to-sea missiles were successfully fired from the coast and from decks of ships, hitting their targets with great precision,” the semi-official Tasnim news agency reported.

The new generation cruise missiles, with a range of 280 km (175 miles) were tested during exercises by the Iranian navy in the Gulf of Oman, which lies next to the Strait of Hormuz waterway at the mouth of the Gulf, and the northern Indian Ocean, Tasnim said.

In April, Iran said it had increased the range of its naval missiles to 700 km.

Western military analysts say Iran often exaggerates its weapons capabilities but concerns about its long-range ballistic missiles program contributed to the U.S. decision to leave Iran’s 2015 deal to rein in its nuclear ambitions in exchange for an easing of economic sanctions.