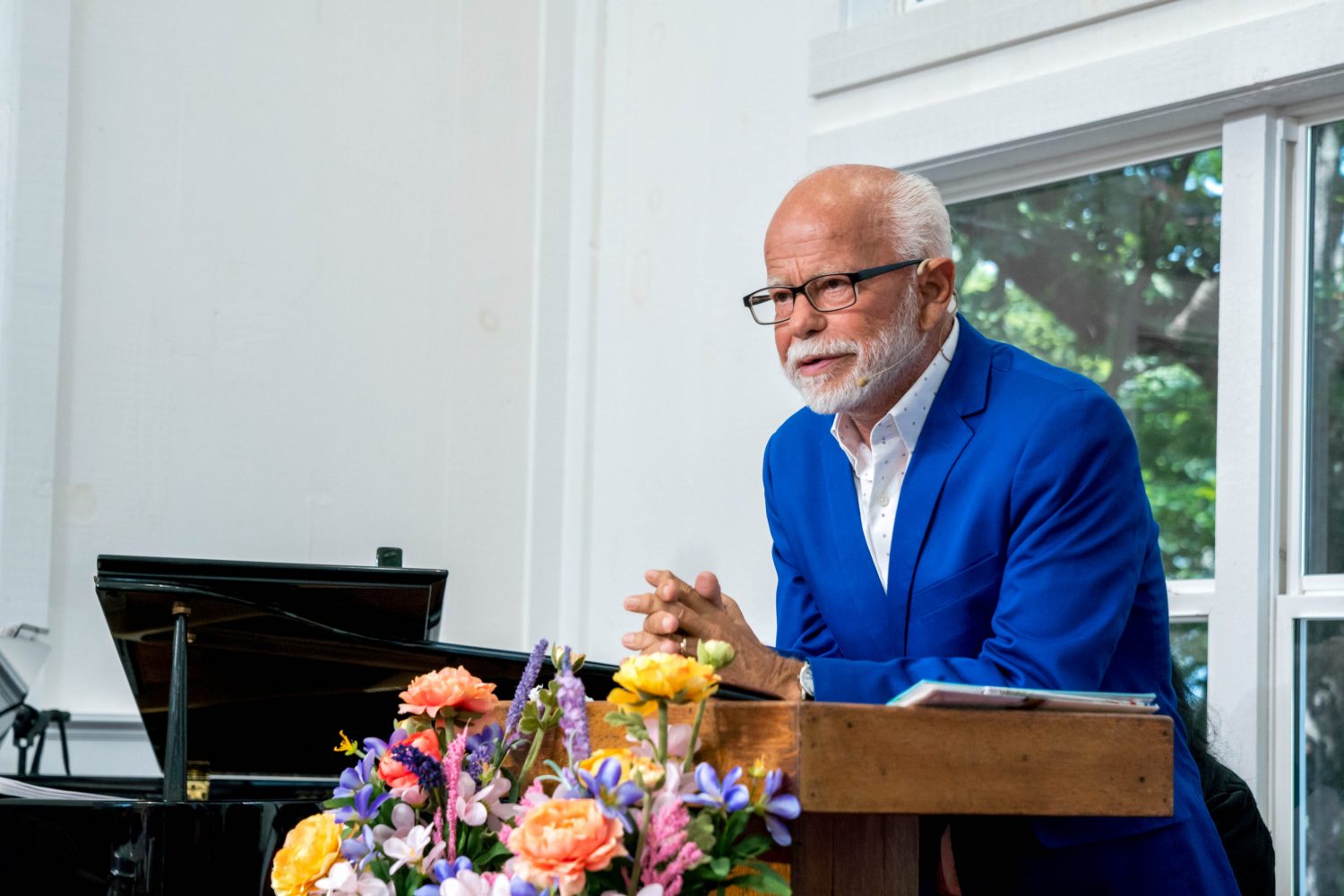 We have the most incredible events here at Morningside and last week’s Fourth of July and 58th-anniversary celebration was absolutely amazing!  The blessings flowed every single day with special guests, surprises and true joy that could be felt throughout the Ozark hills as Prayer Mountain Chapel opened its doors! This peaceful chapel was filled with the glorious sounds of worship, prayer and praise in tremendous gratitude for all God has done! Now you can enjoy the entire week of celebration and all the gifts it has to offer in our 58th Anniversary Bundle!

58 Years ago God called Jim Bakker into His service and Pastor has never forgotten the mission: to preach, to teach, to spread the message of God’s word to anyone who would hear him. Prayer Chapel means so much to him and having this tranquil, blessed House of God come together with your help was the most incredible gift he could imagine! 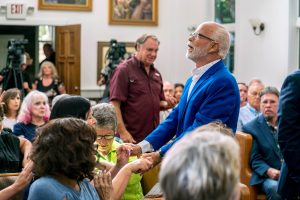 The opening of Prayer Mountain Chapel marks the beginning of great revival here at Morningside and will be open 24 hours a day with someone there to pray with and for you. The Walk of Faith leading to this beautiful church opens your heart as you stand on the Word of God. These scriptures of God’s faith, hope and salvation guide you to the entrance of this beautiful House of God.

So many wanted to be able to experience this entire week or just have a copy to watch any time they wish. In honor of Pastor’s 58 years of service and to celebrate Pastor’s anniversary we have put together a beautiful 58th Anniversary bundle. For a gift of $58 to the ministry, we will include the entire week of The Jim Bakker Show tapings, evening services, worship and of course the ribbon cutting of the Prayer Mountain Chapel. You will also receive a stunning plaque of Prayer Mountain Chapel.  Be sure to ask for our special bonus, “The Walk of Faith” Scripture booklet with pictures of Prayer Mountain Chapel and includes all 18 Walk of Faith scriptures with prayers of devotion added for inspiration. 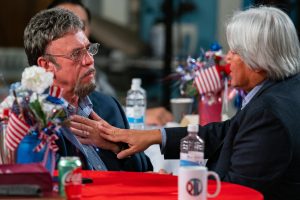 Don’t miss the incredible teachings by inspired prophets such as Hubie Synn, Brad Cummings, Larry Sparks, David Barton, Bishop Ron Webb and so many more!  Enjoy every second of Praise and Worship with Tammy Sue Bakker and the PTL Band and Singers as well as the 4th of July Evening at Mayberry featuring The Dillards!

Thank you for your continued support of this ministry!  Your gifts keep us on the air and continue to spread the Good news of Salvation and preaching God’s Word. 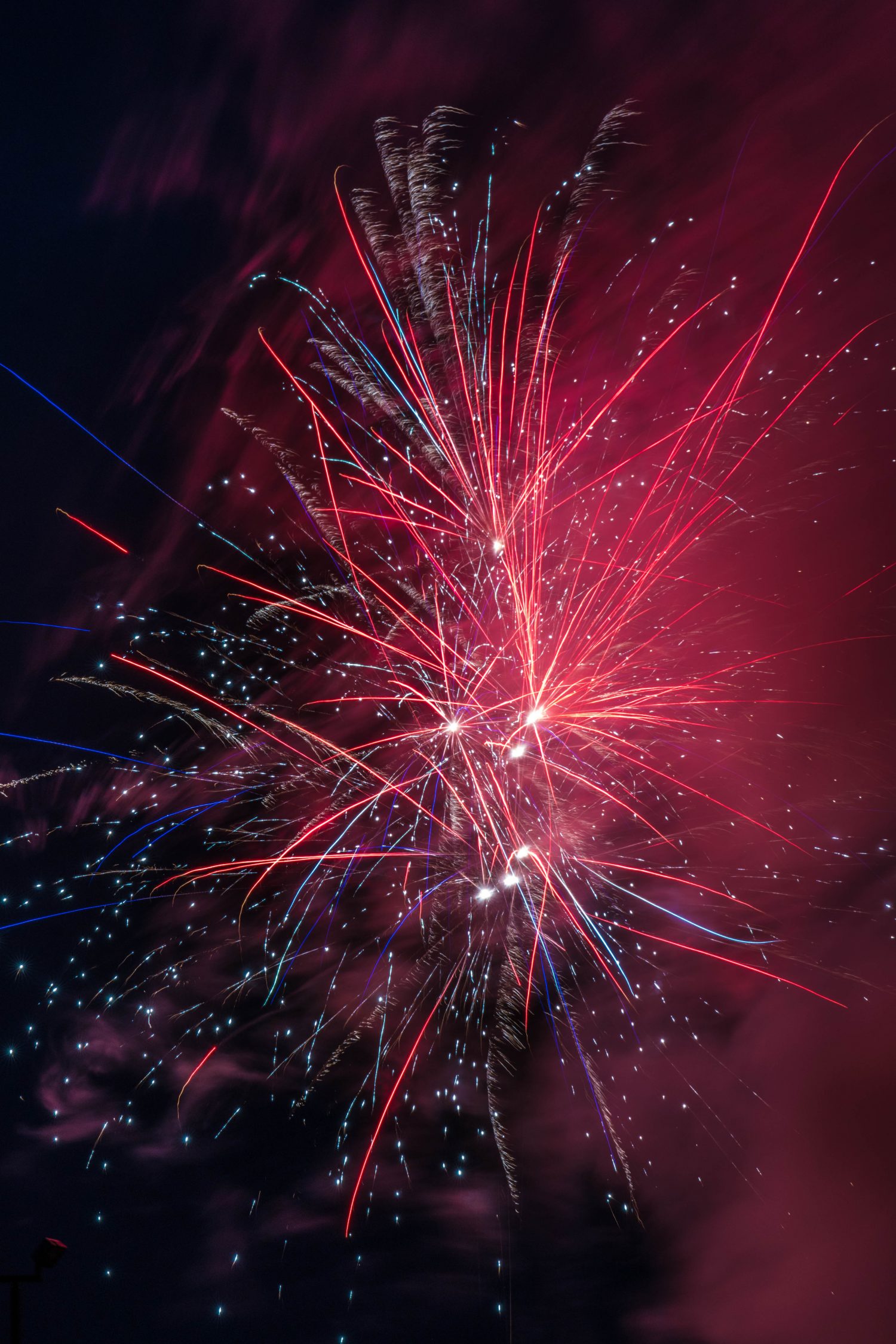 Morningside’s Fourth of July week, Grand Opening Celebration is coming soon,  July 1st thru July 5th! The week if filled with Praise, Prayer, and Prophecy as we honor our country and begin a new season of revival with a ribbon cutting to open Prayer Mountain Chapel!  Every day there will be communion and healing services with dozens of pastors ministering daily on top of the lush, green hills of Prayer Mountain!

Be a part of our studio audience for special edition live tapings of “The Jim Bakker Show,” “Life with Lori,” and “The Lance Wallnau Show” on Grace Street. On the evening of the 4th of July, we will have two of the original cast members from “The Andy Griffith Show”; Rodney Dillard and Charlene Darling along with the bluegrass Dillard Band for an evening of music, stories, and humor from Mayberry, America’s favorite hometown. After this walk down memory lane, there will be a fireworks show in the front parking lot of Grace Street building.

Please follow our link to the schedule of events for this amazing week of glorifying God, Prayers for our nations and honors the 58 years of the Jim Bakker Ministry.

Every night beginning at 6 pm ct please join us for worship followed by incredible teachers and prophets that will inspire you! If you can’t be here, please join us LIVE on the PTL Network from your Roku, Apple TV, Amazon Fire TV or go to jimbakkershow.com or ptlnetwork.com to tune in!

Speaker -Bishop Ron Webb –Considered by many to be “A Pastor To Pastors” his ministry is centered around restoration and a sincere belief that we must reach the lost at any cost. His encouraging show “Leadership from Behind the Scenes” is featured on the PTL Television Network bringing biblically based lessons that will change the way you look at your church, life, and those who lead you.

Speaker –David Barton, Founder and President of WallBuilders, a national pro-family organization that presents America’s forgotten history and heroes, has been described as “America’s historian,” and was named in Time Magazine as one of America’s 25 most influential evangelicals.

Speaker –Brad Cummings is the CEO of Windblown Media, and Shiloh Road Publishers, and has a passion for “telling compelling stories that unveil God’s heart to the spiritually curious.” He is one of the co-writers and publisher of the #1 NY Times bestselling novel, The Shack, which has sold over 18 million copies and has been translated into 40 different languages.

Speaker -Hubie Synn  Known as the “wandering prophet”, the Lord used him to prophesy and confirm the message of the Harbinger to Rabbi Jonathan Cahn. He is a certified public accountant by trade and now travels the world as a minister, speaker and published author. He has ministered to many and witnessed the miraculous take place. Hubie Synn truly walks in his faith and inspires others to do the same,

Stay tuned at 8:30 pm for more music with Tammy Sue Bakker and the PTL Band & Singers.  At 9:30 pm let the FIREWORKS begin!

Rodney Dillard is very well known as a founding member of the legendary group The Dillards also known as the Darlings of the Andy Griffith Show. With over 50 years of recording both traditional Bluegrass and his own brand of ‘DILLARDGRASS, his work has influenced musicians all over the world.

Actress Maggie Mancuso Petersen is best known as Charlene Darling on The Andy Griffith Show, Maggie has also appeared on other TV shows such as Love American Style, Green Acres, Return to Mayberry and The Love God.

Speaker -Lance Wallnau who has shared platforms with Ben Carson, Mike Pompeo and best-selling authors Ken Blanchard and John Maxwell. His best-selling book, “God’s Chaos Candidate” is credited as being the catalyst that mobilized thousands of Christians to vote for President Donald Trump. His insights on America, the Presidency and the prophetic are in demand all over the world.

Stay tuned for any updates!  We hope to see you here at Morningside!