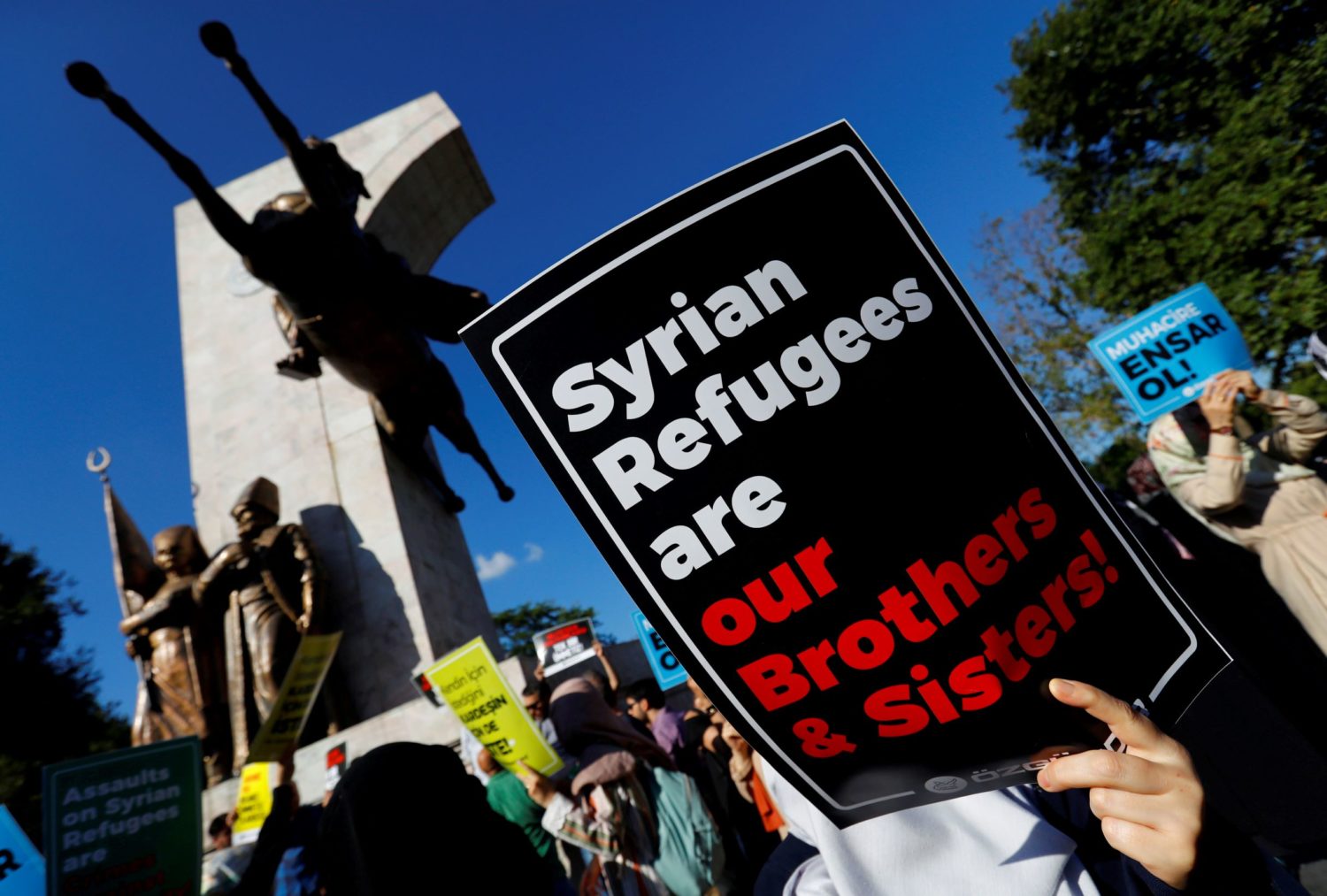 Amnesty says Turkey deporting Syrians to planned ‘safe zone’ region
ISTANBUL (Reuters) – Turkey is forcibly sending Syrian refugees to an area of Syria near the border where it aims to set up a “safe zone” even though the conflict there has not ended, Amnesty International said in a report published on Friday.

Human Rights Watch said in a separate report Friday that authorities had arbitrarily detained and deported dozens of Syrians to northern Syria between January and September.

Turkey currently hosts some 3.6 million refugees who fled Syria’s eight-year-long civil war. But, with Turkish public sentiment toward them souring, Ankara hopes to resettle up to two million in the planned safe zone in northeast Syria.

Ankara says more than 350,000 Syrian refugees have already voluntarily returned to their country.

In its report, Amnesty said refugees it had spoken to complained of being threatened or physically forced by Turkish police to sign documents stating that they were voluntarily returning to Syria.

“In reality, Turkey put the lives of Syrian refugees under serious danger by forcing them to return to a war zone,” the British-based human rights group said.

Amnesty said it believed the number of forced returns in recent months to be in the hundreds, based on interviews it conducted between July and October, but said it was able to confirm 20 cases.

There was no immediate reaction from Ankara to the Amnesty report but it has previously denied sending any Syrians home against their will.

Syrians who are deported are generally told they are not registered or live outside the Turkish province in which they are registered, the report said, adding that people were also deported from provinces in which they had been registered.

Anna Shea, Amnesty’s Researcher on Refugee and Migrant Rights, said Turkey deserved recognition for hosting so many Syrians over many years, adding: “But it cannot use this generosity as an excuse to flout international and domestic law by deporting people to an active conflict zone.”

A plan agreed between Turkey and Russia this week envisages Syrian Kurdish YPG fighters being removed from a 30 km (19 mile) strip of territory along the Turkish border and refugees being allowed to return there “in a safe and voluntary manner”.

Addressing world leaders at the United Nations in September, President Tayyip Erdogan set out ambitious proposals to build dozens of new villages and towns in the planned safe zone along the Turkish border.

Pro-government newspaper Yeni Safak said on Friday that life would “normalize” in the Syrian border towns of Tel Abyad and Ras Al Ain, now that Turkey has taken control of the area from the YPG.

It said Turkey would reconstruct the two towns ravaged by years of war, establish security forces and a judiciary there and work to bring economic stability to the region.