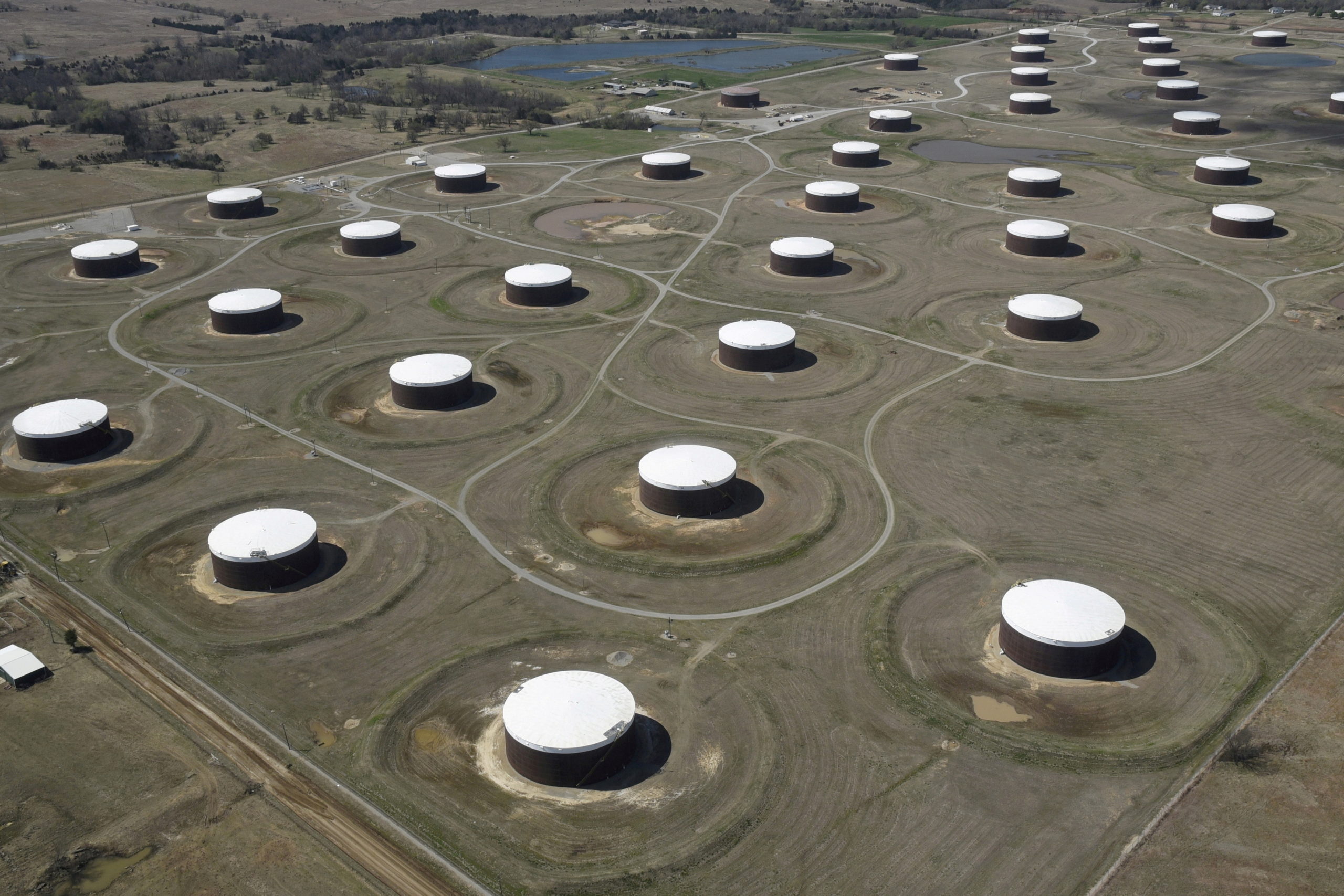 LONDON (Reuters) -Oil fell on Tuesday in volatile trade as concern over rising cases of the Delta coronavirus variant weighed on prices while expectations of a lower U.S. inventories lent some support.

Both had risen more than 60 cents earlier in the session.

“The oil market continues to alternate between concerns about tight supply on the one hand and about looming demand outages on the other,” Commerzbank analysts said.

Despite recent fluctuations, Brent has risen more than 40% this year, helping earnings of oil firms.

Concerns over the spread of Delta variant in the United States and China, the top oil consumers, weighed on prices.

In China, the spread of the variant from the coast to inland cities has prompted authorities to impose strict measures to bring the outbreak under control.

“Delta-related concerns will likely keep oil markets volatile over the coming weeks, but at the same time we also see flying activity across Europe and the U.S. continue to grind higher, supporting oil demand,” Staunovo said.

Expectations of a return of Iranian crude to the markets also had a negative impact.

Iran’s new president, Ebrahim Raisi, said on Tuesday his government would take steps to lift “tyrannical” sanctions imposed by the United States on its energy and banking sectors.

Iran and six powers have been in talks since April to revive a nuclear pact. But Iranian and Western officials have said significant gaps remain.

The sixth round of indirect talks between Tehran and Washington adjourned on June 20, two days after Raisi was elected president. Parties involved in the negotiations have yet to announce when the talks will resume.

Meanwhile, a preliminary Reuters poll showed U.S. crude and product inventories likely declined last week, with both distillates and gasoline stockpiles predicted to have fallen for a third straight week.

(Reporting by Bozorgmehr Sharafedin in London Additional reporting by Naveen Thukral in Singapore; editing by David Holmes and Jason Neely)