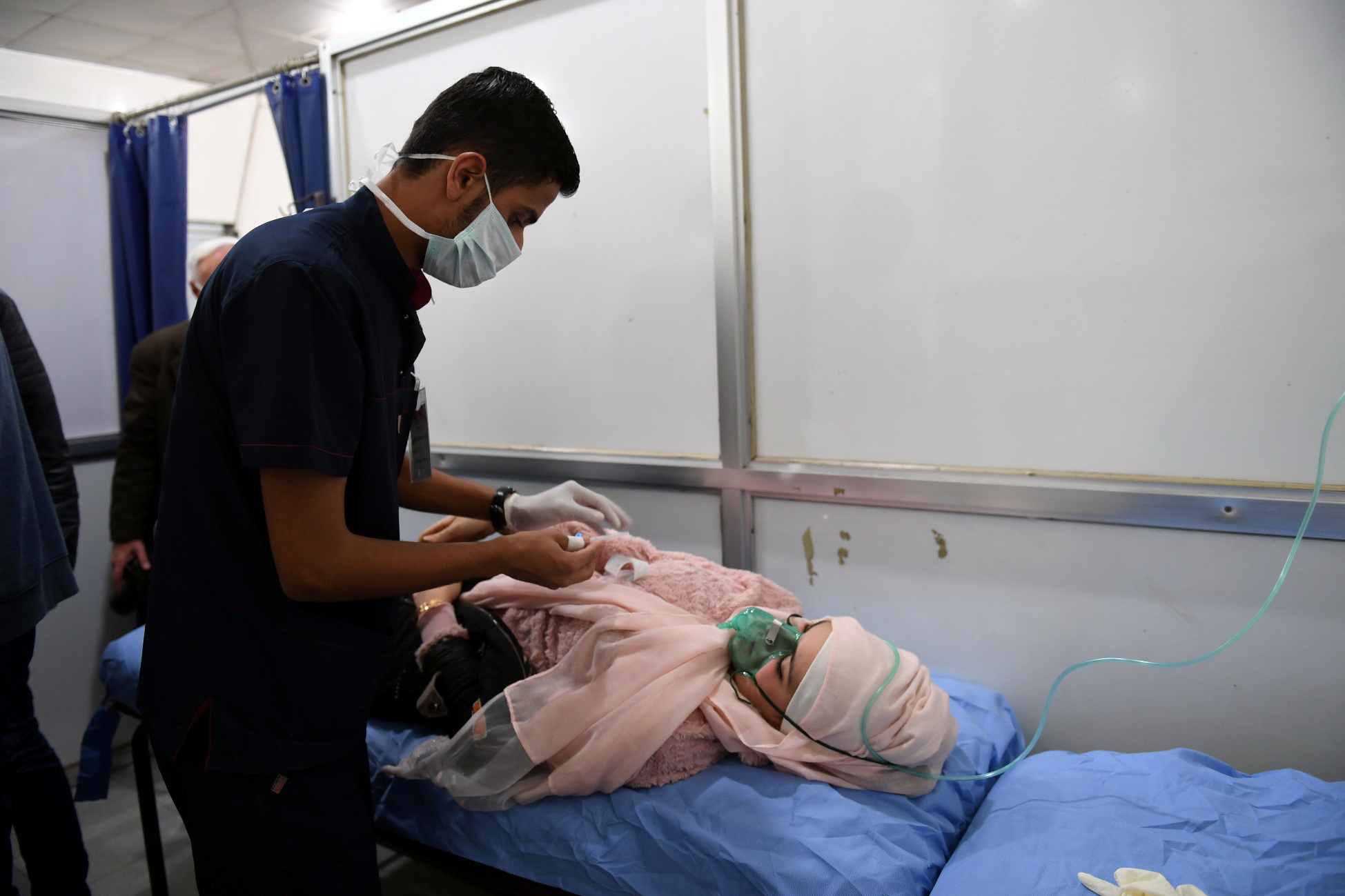 BEIRUT (Reuters) – More than 100 people were wounded in Syria’s Aleppo late on Saturday in a suspected toxic gas attack which the government and its ally, Russia, blamed on insurgents.

A health official in Aleppo said victims suffered breathing difficulties, eye inflammation and other symptoms suggesting the use of chlorine gas. Rebel officials denied the allegations and said their forces did not possess chemical weapons.

Russia’s defense ministry said on Sunday its warplanes bombed militants in the insurgent stronghold of Idlib who it accused of firing poison gas at Aleppo.

A monitoring group said air strikes hit rebel territory in northwest Syria on Sunday for the first time since Russia and Turkey agreed to a buffer zone there in September.

In Aleppo city, which the government controls, the shells had spread a strong stench and caused breathing problems, the Syrian Observatory for Human Rights also said.

It marks the highest such casualty toll in Aleppo since government forces and their allies clawed back the city from rebels nearly two years ago.

“We can not know the kinds of gases but we suspected chlorine and treated patients on this basis because of the symptoms,” Zaher Batal, the head of the Aleppo Doctors Syndicate, told Reuters.

Hospitals had discharged many people overnight. Batal said this was the first gas attack against civilians in the city since the conflict erupted more than seven years ago. 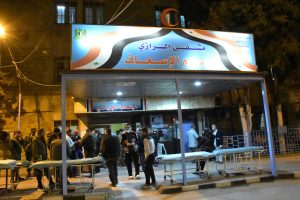 People stand in front of a hospital after what the Syrian state media said was a suspected toxic gas attack in Aleppo, Syria November 24, 2018. SANA/Handout via REUTERS

Turkish Defence Minister Hulusi Akar and his Russian counterpart agreed on Sunday that “recent provocations” were aimed at harming the agreement on Idlib, the ministry said.

“There was an exchange of views to the effect that … they could continue and that one needed to be ready for them,” the ministry said in a statement.

Nobody has claimed the Aleppo attack so far.

Pictures and footage on SANA showed medical workers carrying patients on stretchers and helping them with oxygen masks.

Abdel-Salam Abdel-Razak, an official from the Nour el-Din al-Zinki insurgent faction, said rebels did not own chemical weapons or have the capacity to produce them.

Abu Omar, a Failaq al-Sham spokesman, accused Damascus of trying to create “a malicious charade” as a pretext to attack rebel towns.

The UK-based Observatory said government shelling earlier on Saturday had killed two women and seven children in a village in Idlib.

The Russian-Turkish deal in September for a demilitarized zone staved off an army offensive against the Idlib region, including nearby parts of Aleppo and Hama provinces.

The dominant force among an array of factions holding sway in Idlib is Tahrir al-Sham, an Islamist alliance led by fighters formerly linked to al-Qaeda.

Damascus has repeatedly denied using chemical weapons in the war.

No rebel group has been confirmed to have used chemical weapons in the war by the by the Organization for the Prohibition of Chemical Weapons (OPCW).

(Reporting by Ellen Francis in Beirut, Ahmed Tolba in Cairo, Kinda Makieh in Damascus, and Andrew Osborn in Moscow; Editing by Richard Balmforth)