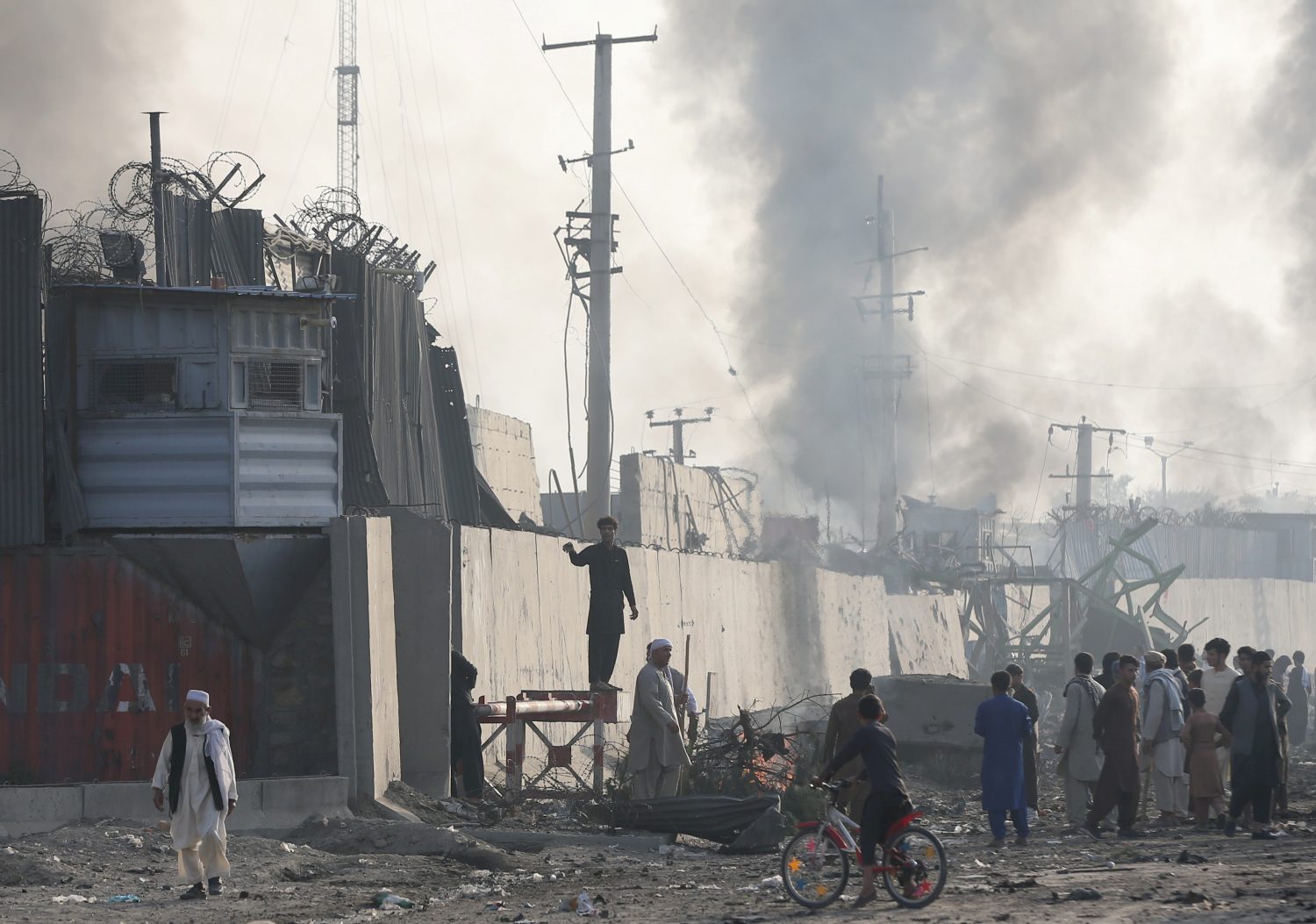 KABUL (Reuters) – A Taliban attack on a housing complex used by international organizations in the Afghan capital, Kabul, late on Monday killed at least 16 people and angered local residents who demanded the heavily fortified compound be moved.

The blast, which shook buildings several kilometers away, happened just as Zalmay Khalilzad, the special U.S. envoy for peace in Afghanistan, was outlining details of a draft accord with the insurgents in a television interview.

Following major Taliban attacks on two northern cities over the weekend, the bombing of the Green Village compound in a mixed business and residential area added to questions around the peace deal reached between U.S. and Taliban negotiators in the Qatari capital, Doha.

Habib Jan, who was in his house nearby when the blast occurred, said the area has been attacked repeatedly and many residents wanted the compound, used by foreign staff of international groups including aid organizations, moved.

“This isn’t once or twice, it’s the fourth or fifth time, all by the Taliban. A lot of my friends, a lot of my family have been wounded or killed,” he said, as smoke spiraled into the sky from burning tires lit by protesters demanding that the complex be moved.

Interior ministry spokesman Nasrat Rahimi said the blast was caused by a tractor packed with explosives but armed attackers, who planned to follow up the blast, were killed by security forces.

He said around 400 foreign nationals were evacuated from the heavily protected site, located off a major road in an area of houses and shops.

Like other compounds built to house the thousands of foreign contractors and agency staff who work in Kabul, Green Village is a fortified complex of concrete blast walls and steel gates protected by armed guards.

While such compounds have been attacked repeatedly over the years, the main victims are often Afghan civilians living in the surrounding area.

The timing of the attack, as Khalilzad’s interview was still being broadcast, appeared to be deliberate, with Taliban spokesman Zabihullah Mujahid declaring the blast had destroyed rooms and offices and caused countless casualties among “invaders”.

“Enemy claims of civilian losses are false as no civilians were allowed close to the site of the attack,” he said in a tweet.

Khalilzad, a veteran Afghan-born diplomat who has been leading U.S. negotiations, said almost 5,000 U.S. troops would be pulled out and five bases closed in exchange for Taliban guarantees that Afghanistan would not be used as a base for militant attacks on the United States and its allies.

But the deal did not include a formal ceasefire and Monday’s attacks, as well as major assaults on the northern cities of Kunduz and Pul-e Khumri, underlined doubts about whether it would lead to an end to violence.

On the other side, officials in the southern province of Helmand, one of the Taliban’s main strongholds, said 15 insurgents, including the commander and deputy commander of a special operations unit, were killed by U.S. air strikes.