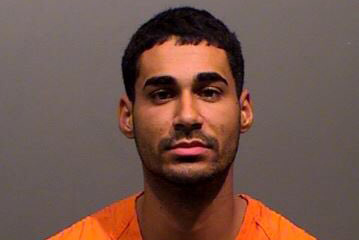 Police in Lakewood, Colorado said they arrested 23-year-old Rogel Lazaro Aguilera-Mederos after he lost control of his tractor-trailer truck during the evening rush hour on April 25 and caused a crash on Interstate 70 that involved at least 28 vehicles.

The tractor-trailer, which was carrying lumber, rammed into several cars, causing a pile-up that became a raging inferno, authorities said. The four men who died were all single occupants in their vehicles, according to a local TV station.

There was no initial indication that Aguilera-Mederos intentionally caused the crash, or that he was under the influence of drugs or alcohol, Countryman said.