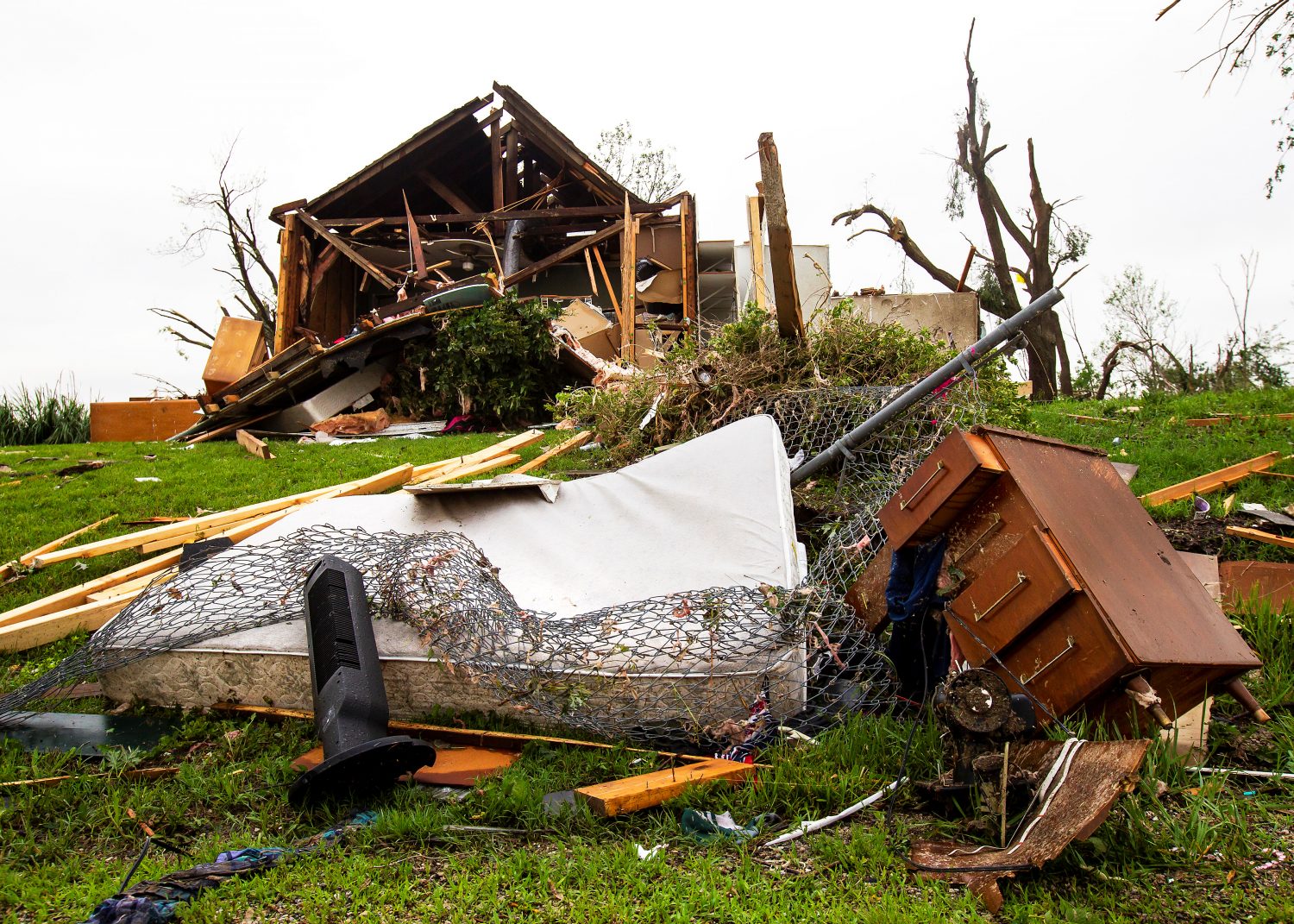 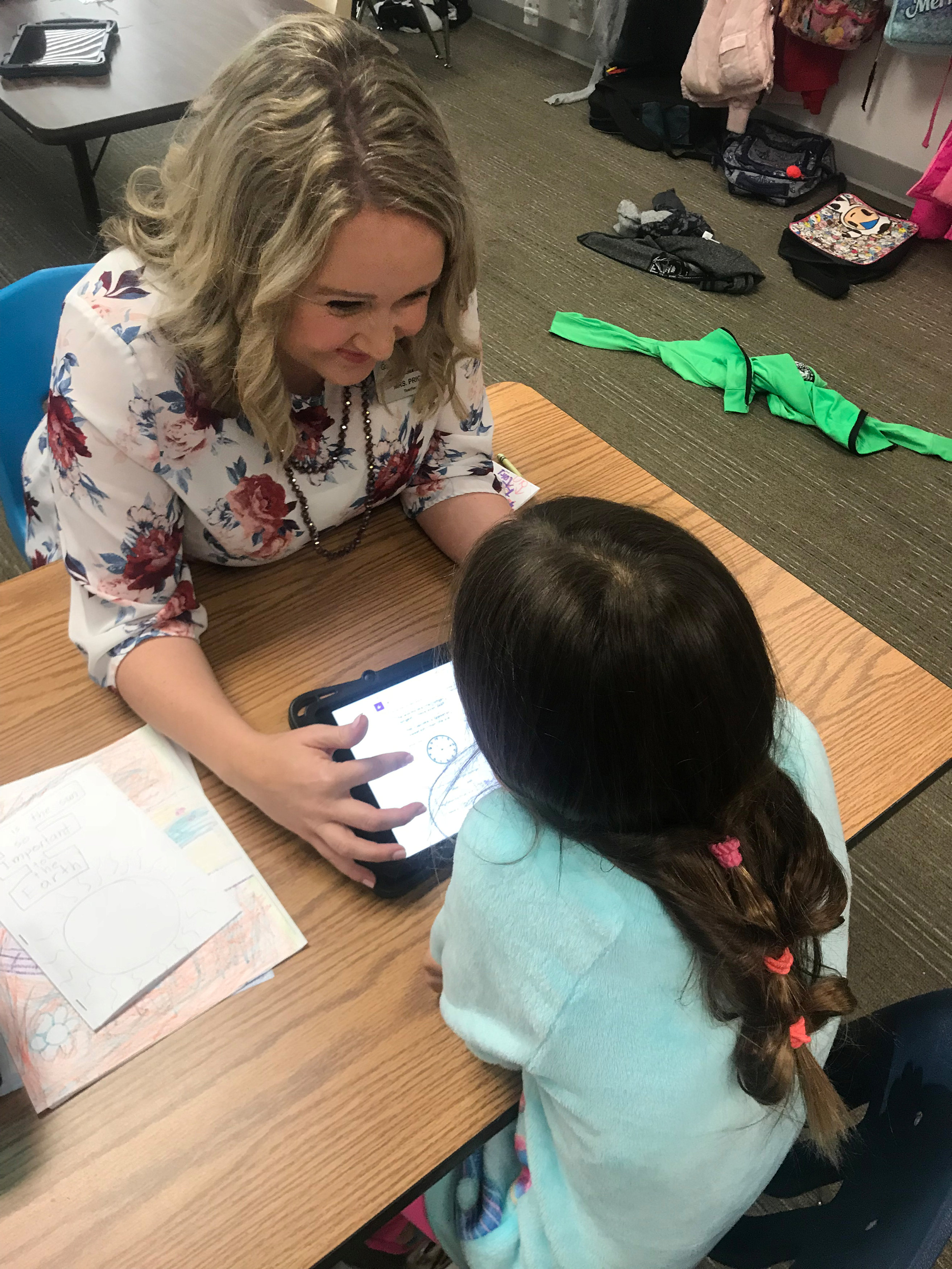 GRAPEVINE, Texas (Reuters) – After years of poor pay, supply shortages and overcrowded classes, former Oklahoma teacher Chelsea Price decided the best way to pursue the profession she loves was to leave her home state and head south to Texas.

The harsh economic realities of teaching in Oklahoma, where school salaries are some of the lowest in the United States, have created an exodus to neighboring states where wages are higher.

As a consequence, Oklahoma is grappling with a teacher shortage that has forced school districts to cut curricula and deploy nearly 2,000 emergency-certified instructors as a stop-gap measure.

“It just got to the point where it was really defeating,” said Price, 34, who last year moved to the Dallas suburb of Grapevine with her husband and 10-year-old daughter to start a job as a second-grade teacher.

Crossing the Red River that separates Oklahoma and Texas meant a salary increase of about 40 percent for Price, who has a master’s degree. She saw few prospects of improving the lot of her family by staying put.

The benefits transcend salary. There is a cap on class sizes and every student has an iPad, which Price said makes her job easier.

In Oklahoma, where educators statewide walked off the job this week to protest years of low pay and budget cuts to the school system, teacher complaints range from decaying infrastructure, students’ having to share worn-out textbooks and teachers’ having to dip into their own pockets to buy supplies for underfunded classes.

In contrast, the northern Dallas suburbs, an hour or less south of the Oklahoma border, enjoy increased spending on schools as population growth in recent years, which has outpaced nearly every area of the United States, has driven up local tax revenues.

Grapevine, with about 50,000 people, has a refurbished main street, a major resort hotel and easy commutes to major employers in Dallas and Fort Worth. Like many of the northern Dallas-area suburbs, new parks, schools and businesses are springing up in a region seen as a place of relatively low crime, good employment prospects and affordable housing.

Oklahoma City and Tulsa also have relatively low unemployment rates and spectacularly refurbished urban areas, but median household income and wages are far lower than in the northern Dallas suburbs.

Price and other teachers from Oklahoma have followed the money.

“If I can find a better situation for all of us, then why wouldn’t I?” she said.

Since 2010, Texas has seen about 3,500 teachers from Oklahoma apply for teaching certificates, the most of any state, according to the Texas Education Agency.

About 11 percent of Oklahoma teachers overall leave the state or profession every year, according to data from the Oklahoma State School Boards Association, an umbrella group.

More than 80 percent leave over low pay, according to the data. In constant dollar terms, the pay for Oklahoma teachers has dropped by about 15 percent over the last 25 years, federal data showed.

“Oklahoma’s teacher shortage has been devastating for children. When schools can’t find qualified teachers, they either must increase class sizes or hire under-qualified, under-prepared teachers,” said Shawn Hime, executive director of the association.

Every state bordering Oklahoma offers higher wages for teachers, with mean wages in the neighboring states about $8,600 to $16,000 higher, according to the U.S. Bureau of Labor Statistics.

Striking teachers in Oklahoma are seeking a $10,000 raise.

Those leaving are often teachers who have several years of experience and generally hold a master’s degree or higher, according to a survey from Theresa Cullen, an associate professor of educational psychology at the University of Oklahoma. The average salary increase for those who fled to other states was about $19,000, the survey showed.

“We are losing our best, brightest and most prepared,” Cullen said.

Of neighboring states, Texas offers the highest mean wages. Ginny Duncan, 24, decided to relocate there two years after starting her teaching career at an elementary school in Tulsa.

“I’m moving to Texas this summer because I can’t afford to live here,” she said in a telephone interview.

Duncan, who holds degrees in both special education and regular education, earns about $32,000 a year as a teacher and needs to work three summer jobs to make ends meet. If she can land a similar teaching job in the Dallas area, she could earn about $20,000 a year more.

“I love teaching so much,” Duncan said. “I wanted to be a teacher my entire life. I have a special passion for special needs kids.” But her Oklahoma salary “makes it so hard to actually do it.” 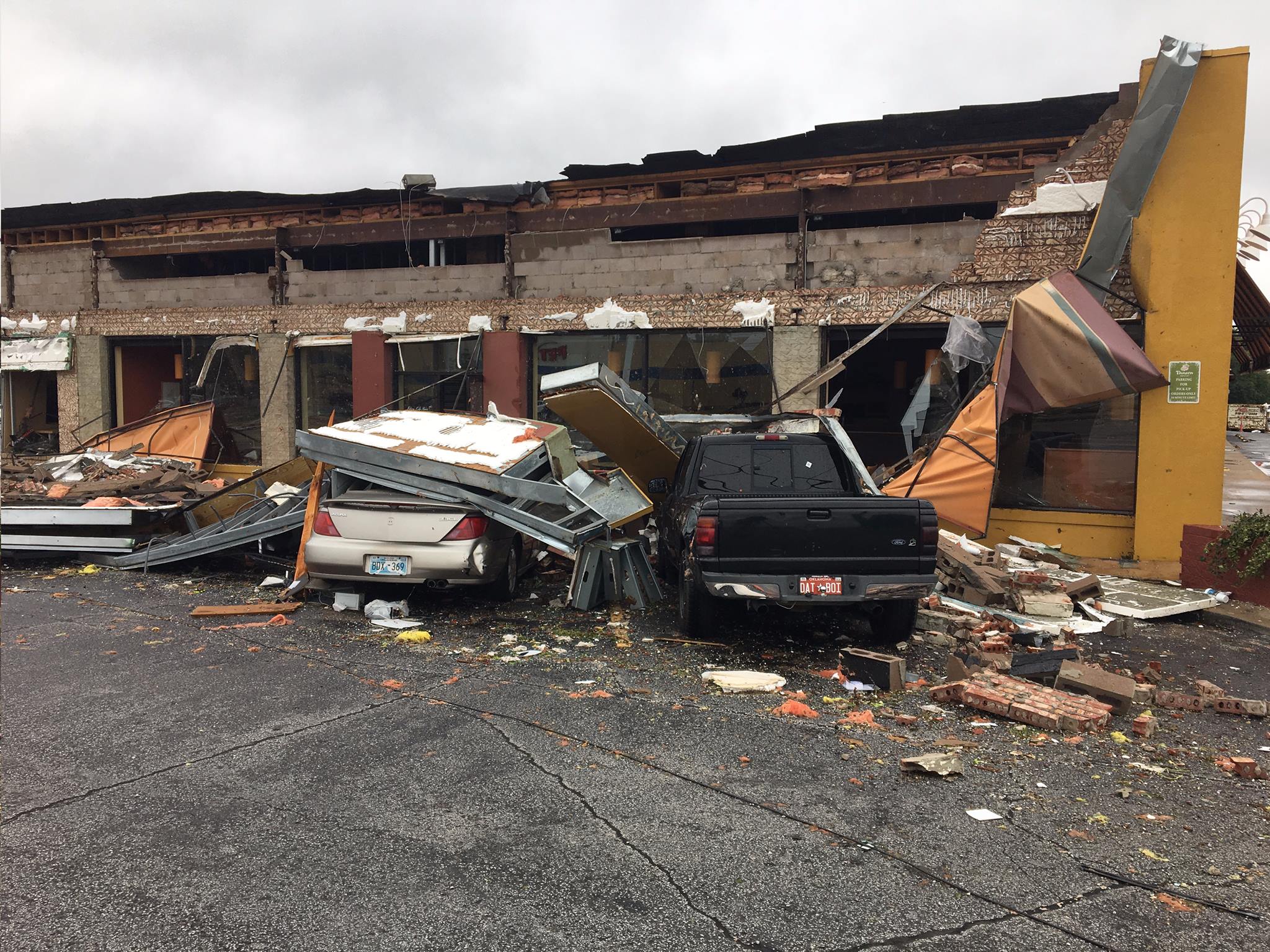 OKLAHOMA CITY (Reuters) – An earthquake with a preliminary magnitude of 5.0 struck near Cushing, Oklahoma, on Sunday damaging several buildings and prompting evacuations, but there were no reports of injuries, authorities said.

The quake was centered 2 miles (3.2 km) west of Cushing, a small city of about 8,000 people some 50 miles west of Tulsa, which is the location of intersecting oil pipelines and is considered a hub for crude oil shipment.

The oil and gas division of the Oklahoma Corporation commission said in a statement that they are in contact with pipeline operators, but so far there were no immediate reports of damage to pipelines.

Cushing authorities said the downtown area was being evacuated due to gas leaks and infrastructure inspection.

The quake was among the larger temblors felt recently in Oklahoma, part of a flurry of seismic activity geologists say is linked to energy production and is fueling growing concern.

People posting on Twitter, including some as far away as Kansas City, Missouri, reported that they felt the shaking.

Pictures on Twitter showed broken concrete that apparently fell from buildings in downtown Cushing and products littering the aisles of stores after being shaken from shelves.

Cushing High School canceled classes on Monday in order to assess damage, according to a message on its Facebook page.

Two smaller earthquakes, one at a 3.1 magnitude and the other at a 3.6 magnitude, rattled the area around Perry, Oklahoma, earlier on Sunday.

About two months ago a magnitude 5.6 quake, one of the strongest ever recorded in Oklahoma, shook the area.

Most earthquakes occur naturally, but scientists have long linked some smaller tremors to oil and gas work underground, which can alter pressure points and cause shifts in the earth.

In a report released last year, the Oklahoma Geological Survey said that the earthquakes were linked to the practice of injecting wastewater from oil production into the ground.

Some of that is related to hydraulic fracturing, or fracking, which involves injecting water, sand and chemicals at high pressure into rock to extract natural gas or other products. But the report said fracking is responsible for only a small percentage of the wastewater injected into wells in Oklahoma. 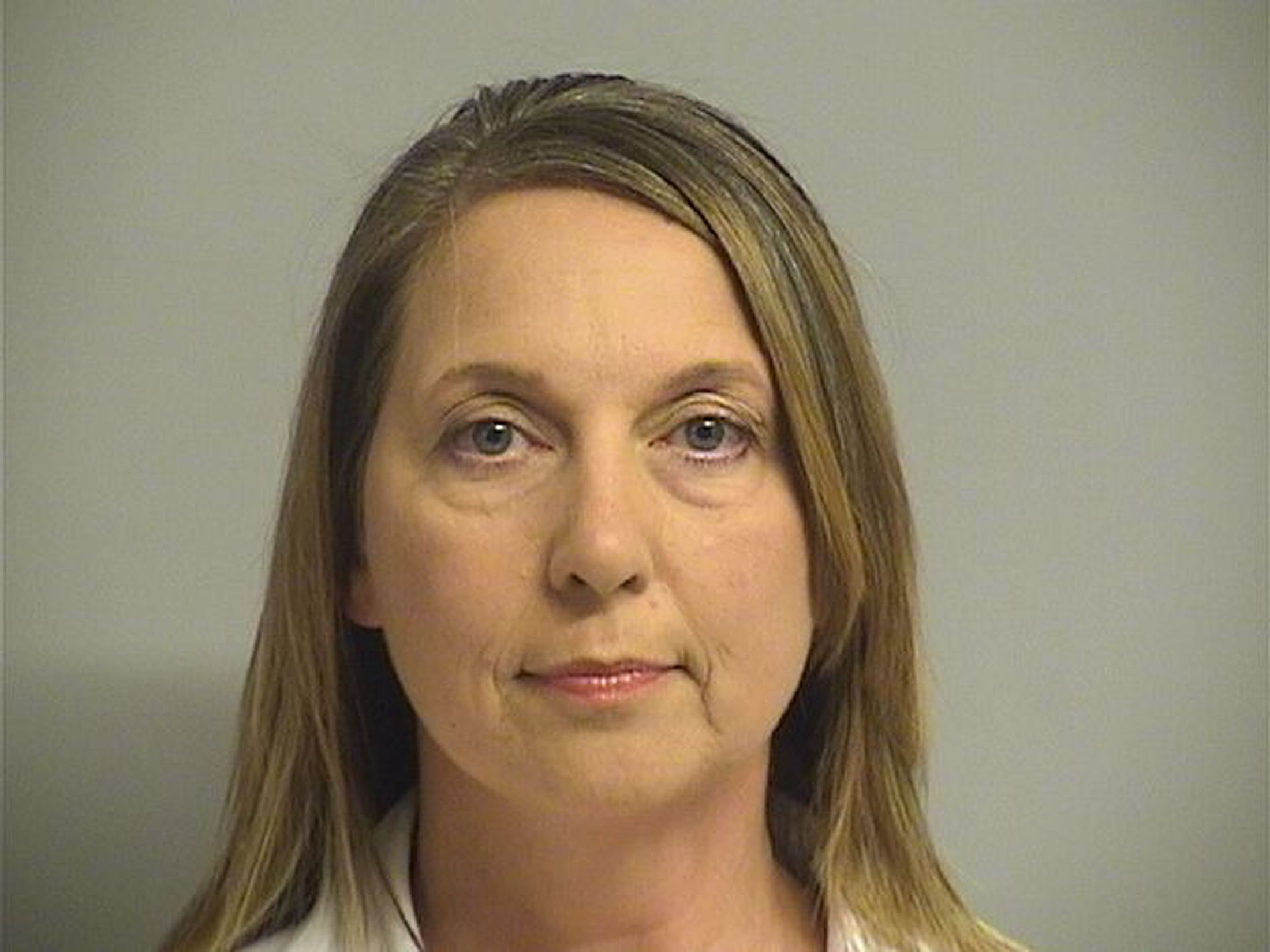 (Reuters) – A white Tulsa, Oklahoma police officer, who fatally shot an unarmed black man whose vehicle had broken down and blocked a street last week, turned herself in to authorities on a manslaughter charge early on Friday, jail records showed.

Betty Shelby, 42, was booked into the Tulsa County Jail just after 1:00 a.m. local time after being charged on Thursday with first-degree manslaughter in the death of 40-year-old Terence Crutcher.

Shelby was released on $50,000 bond and is scheduled for an initial court appearance on Sept. 30.

Court papers filed by the Tulsa County office accuse Shelby of overreacting and escalating the situation that led to the shooting of Crutcher last Friday. If convicted, she faces at least four years in prison, lawyers said.

The incident, which was captured on police videos, has intensified scrutiny over the use of excessive force and claims of racial bias by U.S. law enforcement officials against minorities.

Charlotte in North Carolina has seen three nights of protests, some of them violent, after the fatal shooting of a black man by police there on Tuesday.

In two videos provided by Tulsa police, Crutcher can be seen with his hands in the air shortly before he was shot.

Tulsa police have said Crutcher was unarmed and there was no weapon in the vehicle. They released the videos, one of which was taken from a police helicopter and the other from a dashboard camera in a patrol car, in a bid for transparency.