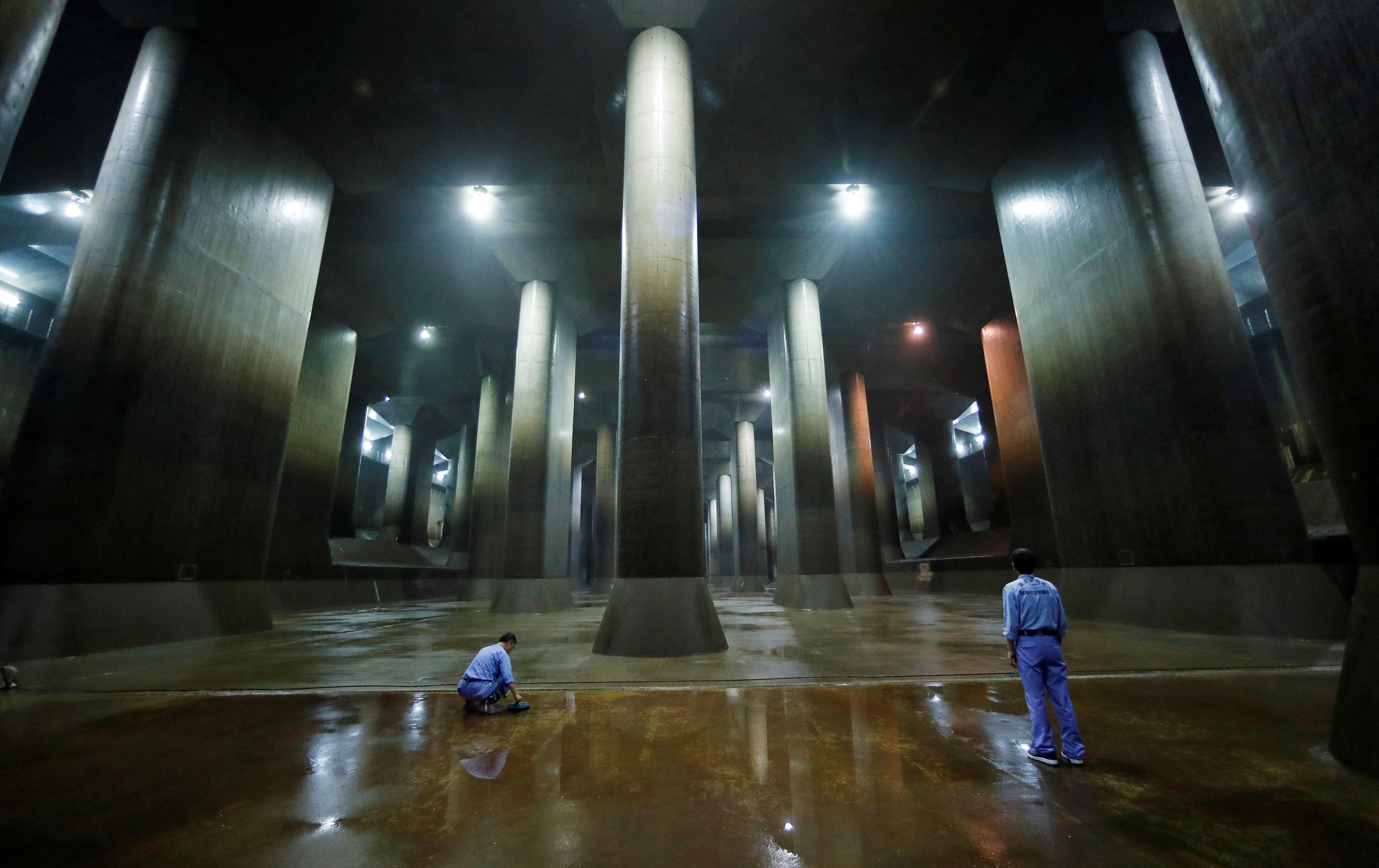 TOKYO (Reuters) – Japanese have long been conditioned to prepare for earthquakes, but recent powerful typhoons and sudden, heavy rains have brought to the forefront another kind of disaster: flooding.

Experts warn that thousands could die and as many as 5 million people would need to be evacuated if massive dikes and levees in low-lying eastern Tokyo are overwhelmed by surging floodwaters.

The cities of Osaka and Nagoya also face flood risks, experts say, amid an increase in sudden heavy rainfall across the country in recent years, a symptom linked to global warming.

“Japan’s major metropolitan areas are, in a way, in a state of national crisis,” said Toshitaka Katada, a professor of disaster engineering at the University of Tokyo.

In July, parts of western Japan were deluged with more than 1,000 millimeters (39 inches) of torrential rain. Gushing water broke levees and landslides destroyed houses, killing more than 200 people in the country’s worst weather disaster in 36 years.

“If this happened to Tokyo, the city would suffer catastrophic damage,” said Nobuyuki Tsuchiya, director of the Japan Riverfront Research Center and author of the book “Capital Submerged,” which urges steps to protect the city, which will host the 2020 Olympics and Rugby World Cup games next year.

Particularly vulnerable are the 1.5 million people who live below sea level in Tokyo, near the Arakawa River, which runs through the eastern part of the city.

In June, the Japan Society of Civil Engineers estimated that massive flooding in the area would kill more than 2,000 people and cause 62 trillion yen ($550 billion) in damage.

Experts could not say how likely that scenario was. But in recent years, the government has bolstered the city’s water defenses by building dams, reservoirs and levees.

But the pace of construction is too slow, said Satoshi Fujii, a special adviser to Prime Minister Shinzo Abe who is known for pushing big infrastructure projects.

“They need to be taken care of as soon as possible,” he told Reuters.

John Coates, chairman of the International Olympic Committee’s coordination commission for the Tokyo 2020 Games, said the city should “take into account the potential for some of these disasters that seem to beset your country.”

In tacit acknowledgement that more needs to be done, the transport ministry late last month asked the finance ministry for 527 billion yen for levee reinforcement and evacuation preparation in next year’s budget. That’s a third more than the current year.

Tokyo was last hit by major flooding in 1947, when Typhoon Kathleen inundated large swaths of the city and killed more than 1,000 people across Japan.

A survivor from that disaster, 82-year-old Eikyu Nakagawa, recalled living on the roof of his one-story house with his father for three weeks, surrounded by water. He remembered a pregnant woman who had taken refuge in a two-story house next door. 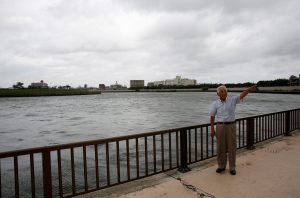 FILE PHOTO: Eikyu Nakagawa talks about flood preparation on a bank along the Nakagawa River near his house during an interview with Reuters in Tokyo, Japan August 24, 2018. REUTERS/Kim Kyung-Hoon

“The baby could come any minute, but we could not bring a midwife to her or take her to a doctor,” he said. “I was just a kid, but I lost sleep worrying that she might die.”

A similar disaster today would be much worse, Nakagawa predicted, because the area around his house in Tokyo’s eastern Katsushika ward, once surrounded by rice paddies, is now packed with buildings.

“It’s going to be terrible,” he said. “Now it’s so crowded with houses. Little can be done if water comes.”

Intense rainfall is on the upswing across Japan. Downpours of more than 80 millimeters in an hour happened 18 times a year on average over the 10 years through 2017, up from 11 times between 1976-85.

“Higher ocean temperatures cause more moisture to get sucked up into the air,” said University of Tokyo’s Katada. “That means a very large amount of rain falling at once, and typhoons are more likely to grow stronger.”

Just last week, western Japan was battered by Typhoon Jebi, the strongest typhoon to make landfall in 25 years, which killed at least 13 people and inundating the region’s biggest international airport. 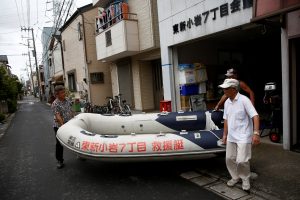 In late August, five low-lying wards in Tokyo jointly unveiled hazard maps outlining areas at high risk of flooding, and warned that up to 2.5 million residents may need to evacuate in case of a major disaster.

The maps, which will be available to residents online and via hard copy, show how deep floodwater would likely be for each area, and how long each area would remain underwater.

But such maps were largely ignored during the deadly flooding in western Japan in July.

If a disaster hits during weekday working hours, the number of evacuees could swell to 5 million, including those from neighboring wards, says Tsuchiya – a logistical nightmare. Tokyo prefecture has grown to 14 million people, with millions more in surrounding areas.

Abe’s ruling Liberal Democratic Party has called for a new ministry that would focus on disaster prevention and recovery. Currently that is overseen by the Cabinet Office, which handles other disparate tasks such as laying out basic fiscal policy and nurturing technological innovation.

“We have been often approached for quake-related business continuity plans.” he said. “But now they realize they need to keep flood risks in mind and flood-related consultations are certainly on the rise.” 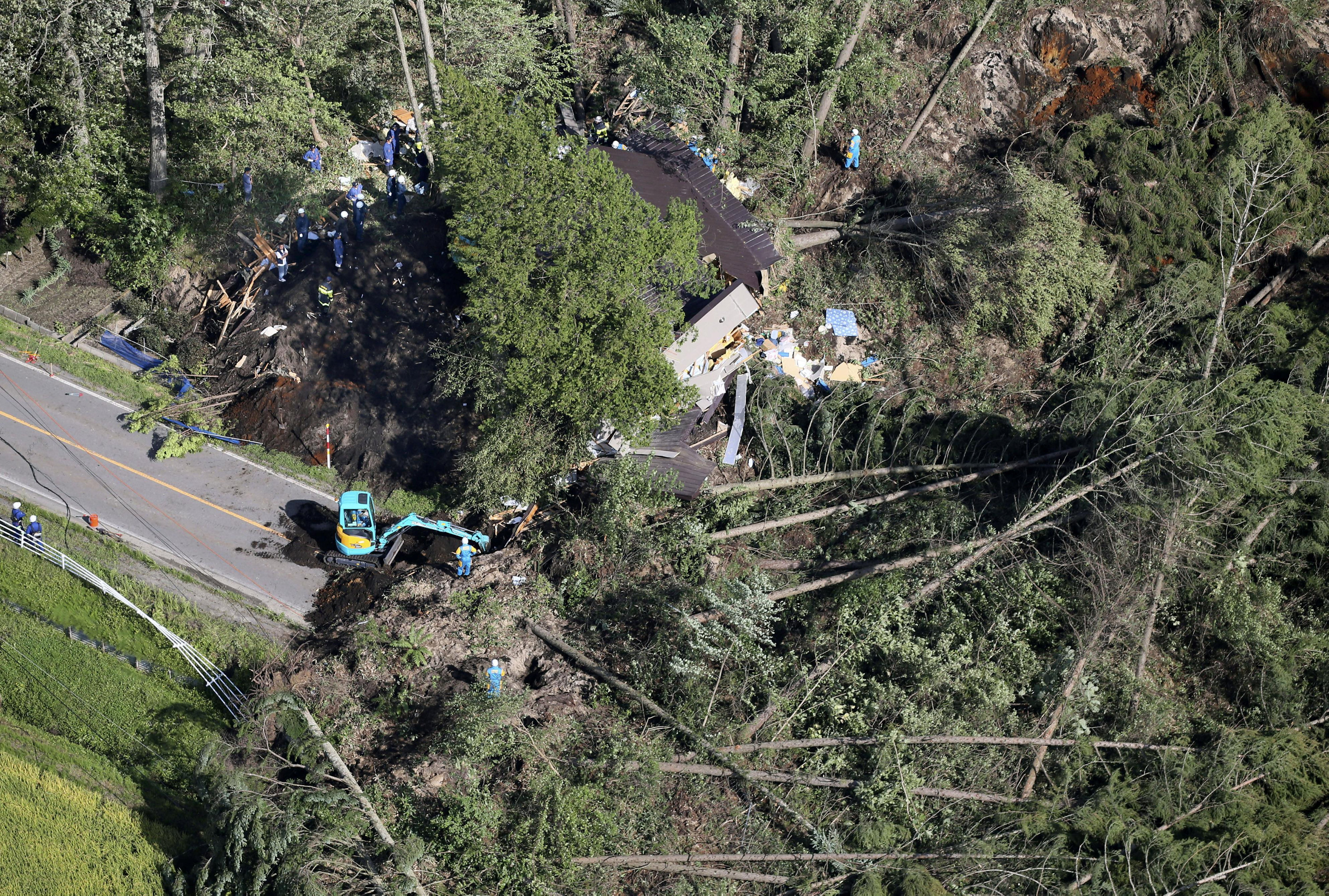 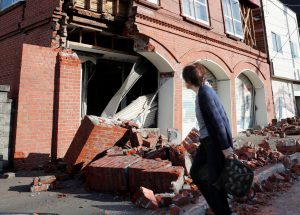 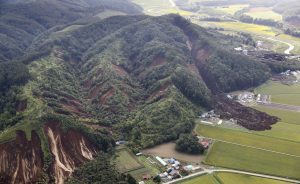