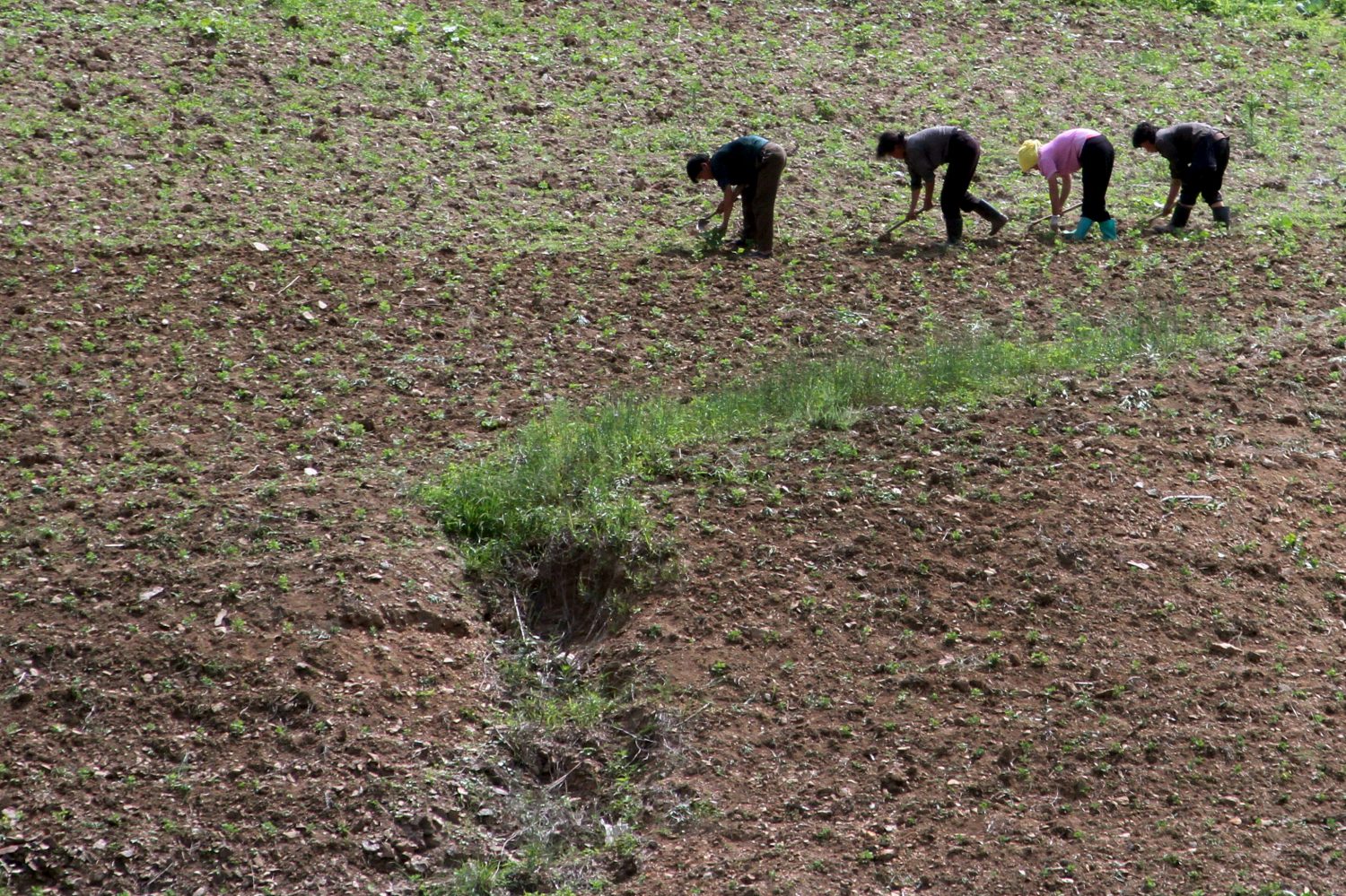 SEOUL (Reuters) – South Korea has provided its largest food and aid donation since 2008 to U.N. aid program in North Korea, officials said on Wednesday, amid warnings that millions of dollars more is needed to make up for food shortages.

South Korea followed through on a promise to donate $4.5 million to the U.N. World Food Programme (WFP), and announced it was also providing 50,000 tonnes of rice for delivery to its northern neighbor.

“This is the largest donation from the Republic of Korea to WFP DPRK since 2008 and will support 1.5 to 2 million children, pregnant and nursing mothers,” WFP senior spokesman Herve Verhoosel said in a statement, referring to his agency’s operation in North Korea, or the Democratic People’s Republic of Korea (DPRK).

More aid would be needed, however, to make up for the shortfalls, he said.

“WFP estimates that at least 300,000 metric tons of food, valued at $275 million, is needed to scale up humanitarian assistance in support of those people most affected by significant crop losses over successive seasons,” Verhoosel said.

North Korea is under strict international sanctions over its nuclear weapons and ballistic missile programs.

While inter-Korean engagement spiked last year amid a push to resolve the nuclear standoff, Seoul’s efforts to engage with Pyongyang have been less successful after a second U.S.-North Korea summit ended with no agreement in February.

South Korea would work with the WFP to get the aid as quickly as possible to the North Korean people who need, the South’s Unification Ministry, which handles relations with North Korea, said in a statement.

“The timing and scale of additional food assistance to North Korea will be determined in consideration of the outcome of the aid provision this time,” the ministry said.

According to South Korean officials the rice is worth 127 billion won ($108 million).

The government would aim to have the rice delivered before September, and officials were in touch with counterparts in North Korea, Unification minister Kim Yeon-chul told reporters.

South Korea’s Agriculture Ministry said the last time South Korea sent rice to North Korea was in 2010, when 5,000 tonnes were donated. The largest donation ever was in 2005 when South Korean sent 500,000 tonnes of rice.

Technically humanitarian aid is not blocked by the sanctions, but aid organizations said sanctions enforcement and a U.S. ban on its citizens traveling to North Korea had slowed and in some cases prevented aid from reaching the country.

Aid shipments have also been controversial because of fears that North Korea’s authoritarian government would divert the supplies or potentially profit off it.

Verhoosel said the WFP would require “high standards for access and monitoring” to be in place before distributing any aid.

In March, Russia donated more than 2,000 tonnes of wheat to the WFP’s North Korea program.