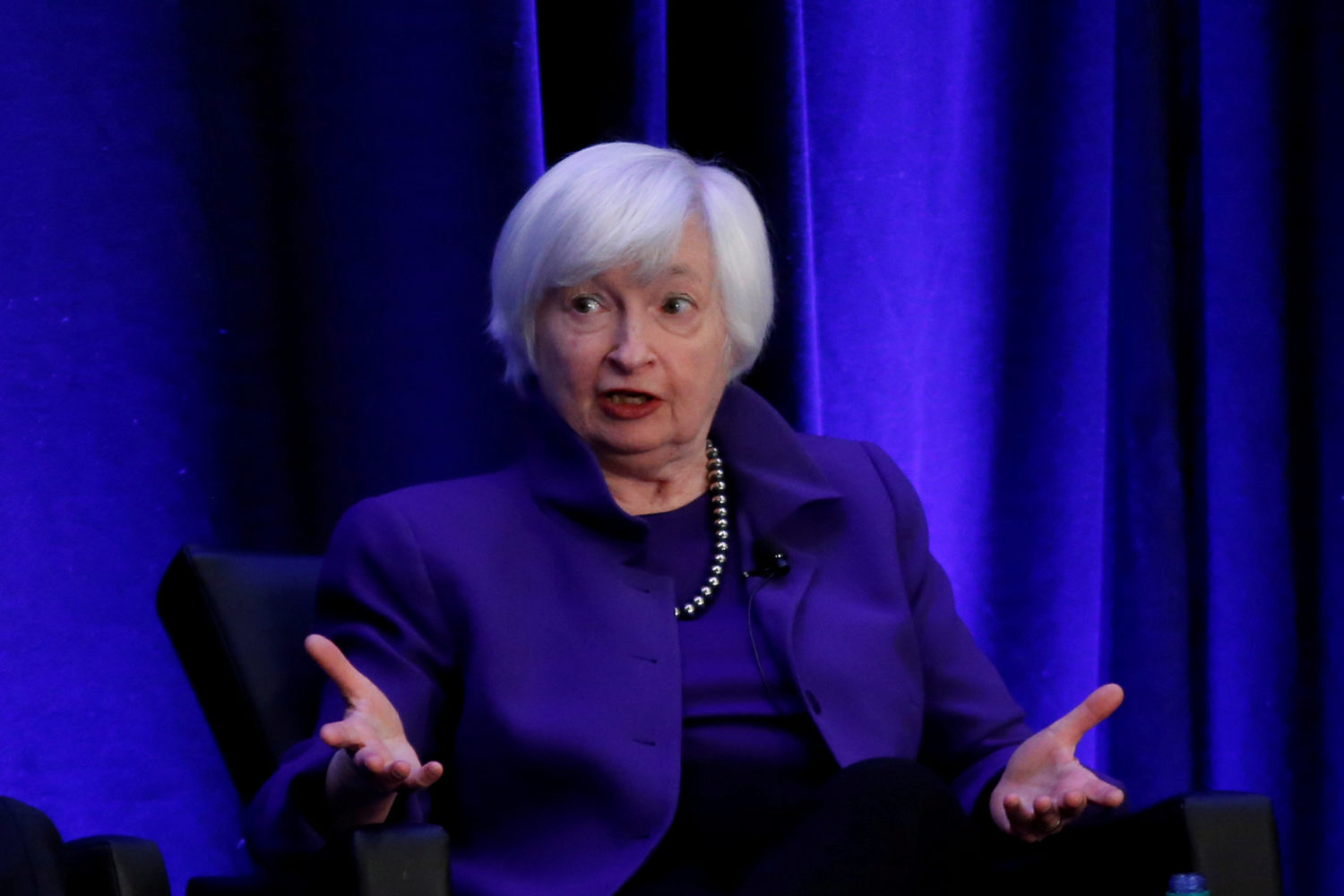 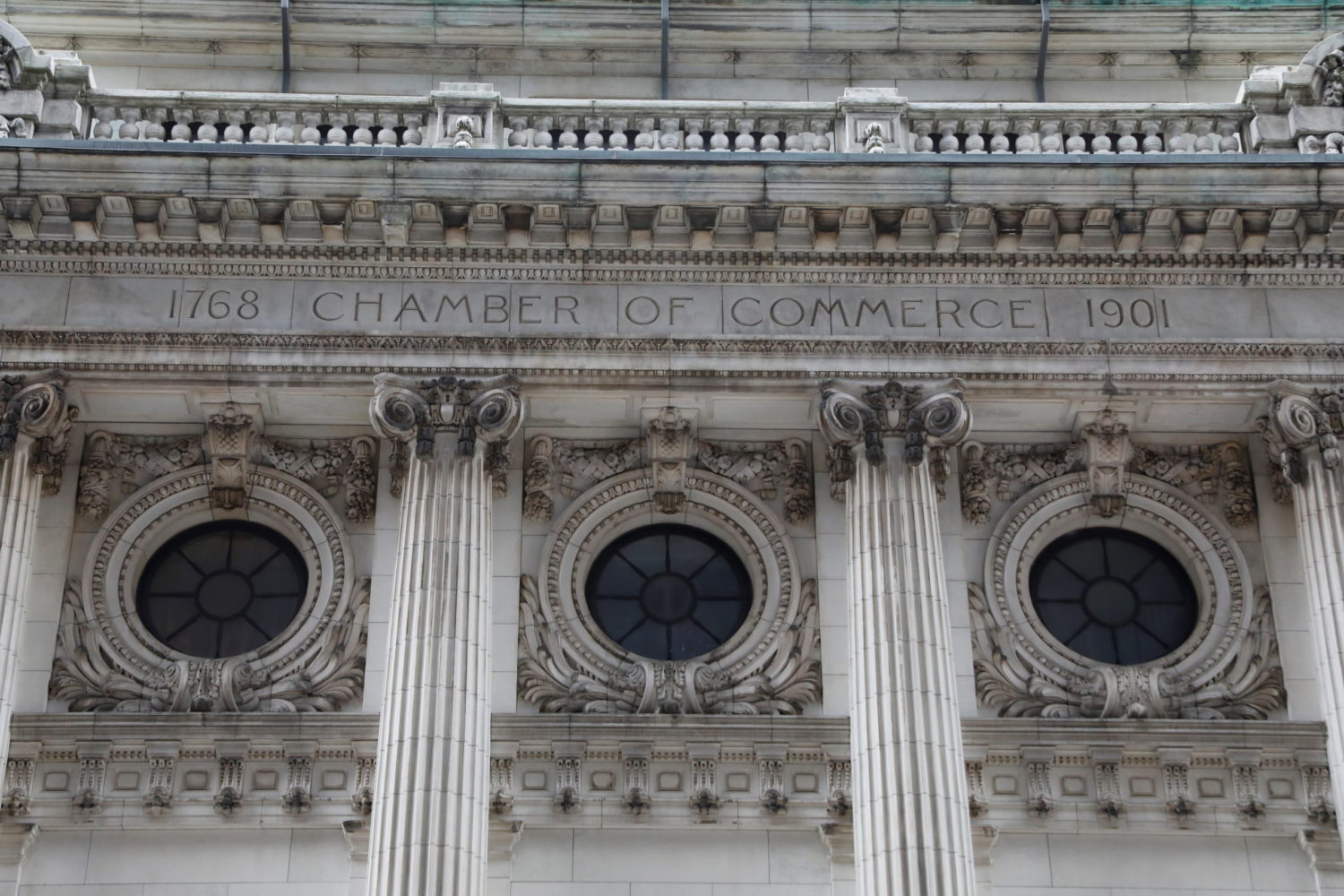 “The disappointing jobs report makes it clear that paying people not to work is dampening what should be a stronger jobs market,” the Chamber’s chief policy officer Neil Bradley said in a statement, adding that unfilled positions threaten to slow economic recovery.

“Based on the Chamber’s analysis, the $300 benefit results in approximately one in four recipients taking home more in unemployment than they earned working,” Bradley said. 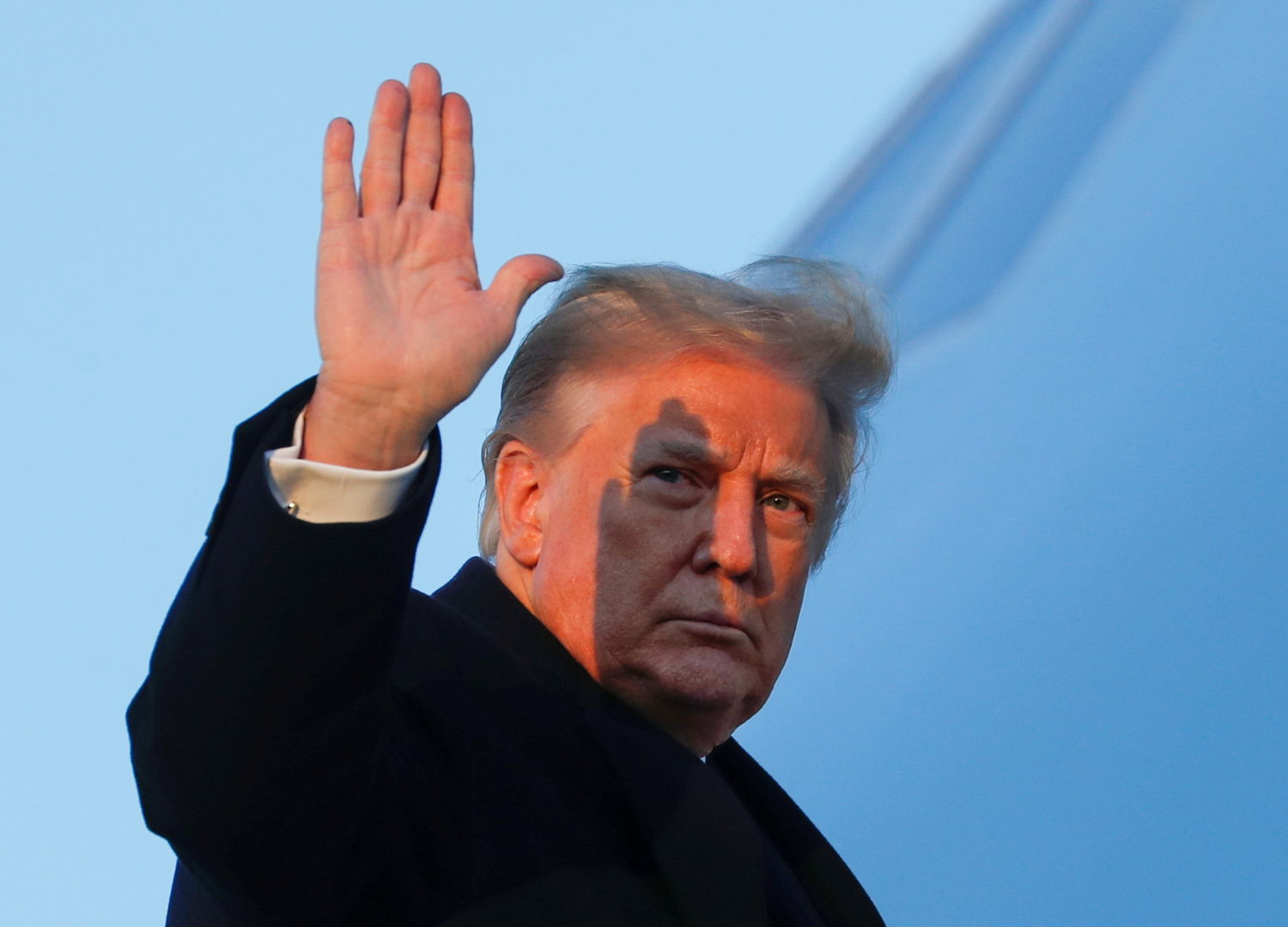 (Reuters) – A federal appeals court on Tuesday upheld a White House-backed rule to require hospitals to disclose the prices they negotiate with insurers for an array of tests and procedures.

The 2-0 decision by the U.S. Court of Appeals for the District of Columbia Circuit is a victory for President Donald Trump’s effort to make health care pricing more transparent so patients can be better informed when deciding on treatment.

The American Hospital Association and other hospital groups had challenged the rule, which was issued in November 2019 and is scheduled to take effect on Jan. 1, 2021.

They said it would require them to divert scarce resources to the “herculean” and “inordinately costly” task of compiling health care costs, while reducing competition and causing confusion about patients’ out-of-pocket expenses.

Circuit Judge David Tatel, however, said concerns about the burdens “miss the mark,” and pointed to Health and Human Services Secretary Alex Azar’s findings that greater disclosures would benefit the “vast majority” of consumers and likely result in lower – not higher – prices.

“The Secretary weighed the rule’s costs and benefits and made a reasonable judgment that the benefits of easing the burden for consumers justified the added burdens imposed on hospitals,” Tatel wrote.

The U.S. Chamber of Commerce supported the hospital groups’ appeal, saying the rule would mislead patients about health care costs and could cause hospitals to demand higher prices for their services if they saw other hospitals were charging more. 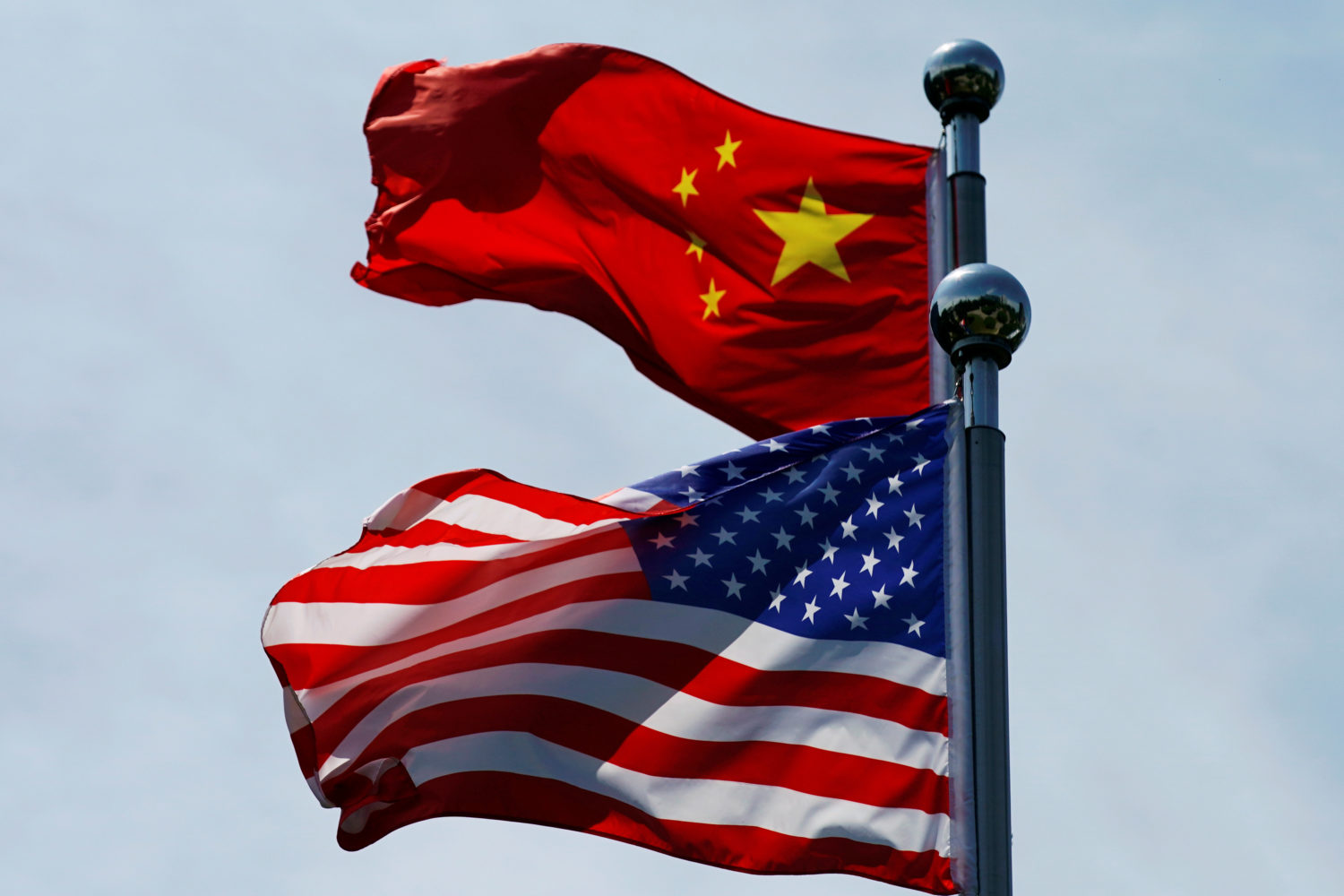 WASHINGTON (Reuters) – The U.S. Chamber of Commerce and over 40 trade associations on Monday urged top U.S. and Chinese officials to redouble efforts to implement a Phase 1 trade agreement signed by the world’s two largest economies in January despite pandemic-related strains.

In a letter to U.S. Treasury Secretary Steven Mnuchin, U.S. Trade Representative Robert Lighthizer and Chinese Vice Premier Liu He, the group said they were encouraged by the progress so far, but called for a significant increase in China’s purchases of U.S. goods and services.

U.S.-China tensions have escalated in recent months over the origins of the coronavirus outbreak, as well as China’s passage of a new national security law that critics say will limit Hong Kong’s autonomy.

U.S. President Donald Trump had said that “decoupling” the two economies remains an option, and his trade adviser Peter Navarro jolted markets last month when he said the U.S.-China trade agreement was “over,” although he quickly backtracked.

The chamber and other U.S. industry groups urged both sides to accelerate implementation of the trade agreement, arguing that it would help both countries while paving the way for Phase 2 talks on other key issues such as subsidies, cyber security and digital trade.

“Amid increasing bilateral tensions across the relationship, working together to improve trade and grow commerce can provide important benefits to both economies and help to improve relations,” they wrote in the letter.

By Andrea Shalal and Jonas Ekblom

WASHINGTON (Reuters) – Approval and implementation of the U.S.-Mexico-Canada (USMCA) trade agreement will provide a major boost to the U.S. economy and help stave off a recession, Thomas Donohue, chief executive of the U.S. Chamber of Commerce, said on Thursday.

Donohue, whose organization is spearheading a major campaign to win passage of the trade agreement, said moving ahead with the USMCA would also help pave the way for trade agreements with China, the European Union, Japan and other countries.

“It is a major component in keeping us out of a recession,” Donohue told Reuters after a news conference with other trade associations pushing the U.S. Congress to ratify the replacement for the current North American Free Trade Agreement (NAFTA).

He said the timing was critical given other drags on the U.S. economy, including troubles at top U.S. exporter Boeing Co, which this week reported its biggest-ever quarterly loss due to the spiraling cost of resolving issues with its 737 MAX.

Boeing has reduced production of the grounded jet and suspended deliveries, but on Wednesday warned it might have to shut production completely if it runs into new hurdles with global regulators.

The single-aisle plane was grounded worldwide in March after two fatal crashes in Ethiopia and Indonesia.

“A reduction in our economic growth and our trade is taking place with the Boeing problem,” Donohue said. “They’ll survive this, they’ll move forward.”

House of Representatives Republican Leader Kevin McCarthy on Thursday criticized House Speaker Nancy Pelosi and other House Democrats, who control the chamber, for not bringing the USMCA up for a vote before lawmakers leave for their summer recess.

“What will this do? Only make our country stronger, more prosperous, create more jobs, make the debate with China even in a stronger position for America and make the future better than it is today. But they didn’t do anything about it,” McCarthy told reporters at a news conference.

Donohue and other business leaders cited growing bipartisan support for the USMCA and expressed optimism that the House would move to ratify the agreement in September.

Nearly 600 trade and commerce groups sent a letter urging lawmakers to approve the deal as soon as possible.

“If we don’t move positively on Canada and Mexico, it will be very, very difficult for us to muster the goodwill in other places to get agreements with China, with Japan and the EU,” Donohue told a news conference.

Leaders from the United States, Mexico and Canada signed the agreement in November, but it must be ratified by lawmakers in all three countries.

House Democrats have promised to block the deal until their concerns over environmental, labor and pharmaceutical aspects of the agreement are met, but Donohue and others said they were upbeat those issues could be resolved.

White House officials say the agreement would add about half a percentage point of economic growth to the U.S. economy, creating several hundred thousand jobs and sparking up to $100 billion in new investments in the United States.

U.S. Trade Representative Robert Lighthizer is due to meet with Democratic lawmakers about the agreement again this week, with a focus on enforcement issues.

“The thing we hear most about the need to move forward with this agreement is the need to provide certainty,” said Matthew Shay, president of the National Retail Federation.

The group said it would use state fairs and events in local districts in coming weeks to pressure lawmakers to back passage of the deal while campaigning against its opponents.

“We will be activating our grassroots network and targeting key districts,” Donohue said. “You can’t be pro-jobs and anti-USCMA.”