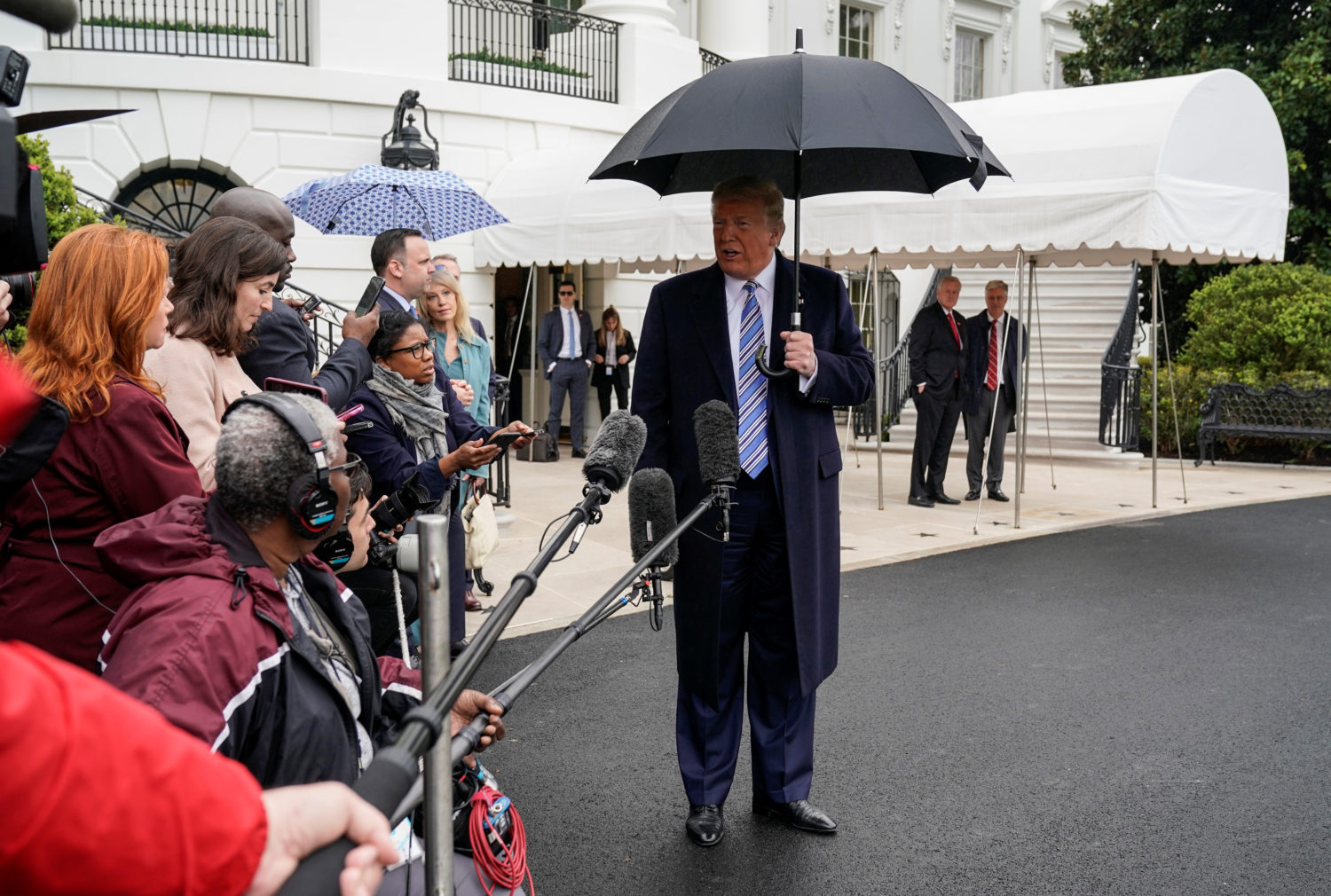 By Alexandra Alper and Jonathan Stempel

WASHINGTON/NEW YORK (Reuters) – President Donald Trump said on Saturday he might prohibit travel in and out of the New York area to limit the spread of the coronavirus from its U.S. epicenter, as healthcare workers in the hard-hit region said they did not have enough masks and medical equipment.

With the number of known cases soaring past 115,000, the highest tally in the world, Trump said he might impose a quarantine on New York, and parts of New Jersey and Connecticut to protect other states that have yet to bear the brunt.

“They’re having problems down in Florida. A lot of New Yorkers are going down. We don’t want that,” Trump told reporters.

Since the virus first appeared in the United States in late January, Trump has vacillated between playing down the risks of infection and urging Americans to take steps to slow its spread.

Trump has also been reluctant to invoke emergency powers to order U.S. companies to produce much-needed medical supplies, despite the pleas of governors and hospital workers.

He also appeared to soften his previous comments calling for the U.S. economy to be reopened by mid-April. “We’ll see what happens,” he said.

It was not clear whether Trump would be able to block road, air and sea travel out of a region that serves as the economic engine of the eastern United States, accounting for 10 percent of the population and 12 percent of GDP.

New York Governor Andrew Cuomo said he had no details on a possible quarantine order.

Some states have already imposed limits on interstate travel. New Yorkers arriving in Florida and Rhode Island face orders to self-isolate if they intend to stay, and West Virginia Governor Jim Justice asked New Yorkers to avoid citizens in his state.

New coronavirus cases in China leveled off after the government imposed a strict lockdown of Wuhan, the epicenter of the disease.

The body count continues to climb in Italy, where authorities have blocked travel across the country and prevented people from leaving their houses for all but essential reasons.

TOO LATE FOR A LOCKDOWN?

Trump said any New York-area lockdown would only apply to people leaving the region. It would not cover truckers making deliveries or driving through the area, he said.

U.S. courts would likely uphold a presidentially imposed quarantine, but Trump would not be able to enlist local police to enforce it, said Louisiana State University law professor Edward Richards.

Even if it were possible, a New York-area lockdown might come too late for the rest of the country.

American healthcare workers are appealing for more protective gear and equipment as a surge in patients pushes hospitals to their limits.

Doctors are also especially concerned about a shortage of ventilators, machines that help patients breathe and are widely needed for those suffering from COVID-19, the pneumonia-like respiratory ailment caused by the highly contagious novel coronavirus.

Hospitals have also sounded the alarm about scarcities of drugs, oxygen tanks and trained staff.

On Saturday, nurses protested outside the Jacobi Medical Center in New York, saying supervisors asked them to reuse their masks, putting their own health at risk.

“The masks are supposed to be one-time use,” one nurse said, according to videos posted online.

One medical trainee at New York Presbyterian Hospital said they were given just one mask.

“It’s not the people who are making these decisions that go into the patients’ rooms,” said the trainee, who spoke on condition of anonymity.