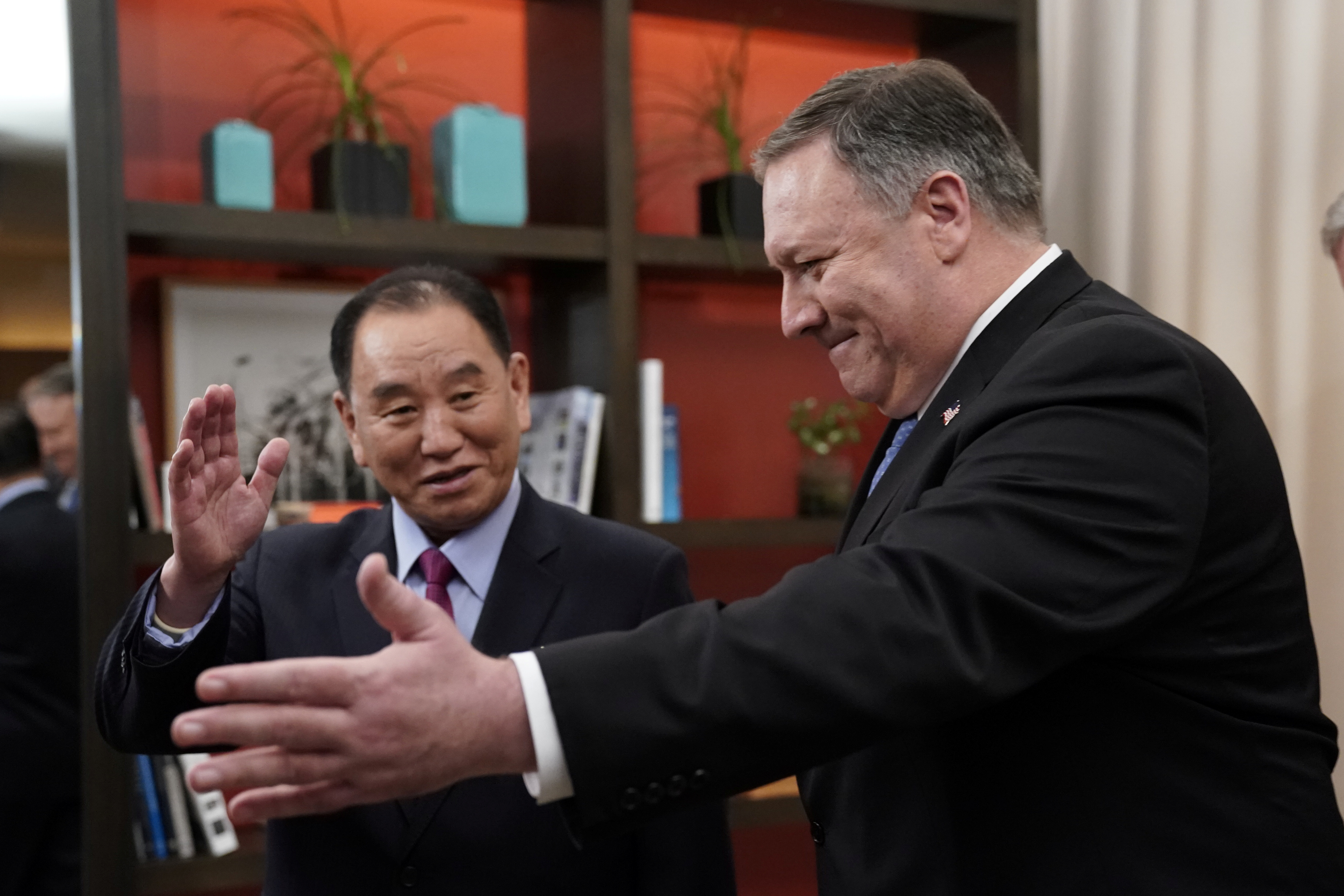 WASHINGTON (Reuters) – A North Korean nuclear envoy held talks with Secretary of State Mike Pompeo on Friday and was then due to meet President Donald Trump at the White House, a diplomatic flurry aimed at laying the groundwork for a second U.S.-North Korea summit.

The visit of Kim Yong Chol, Pyongyan’s lead negotiator with the United States, marked a rare sign of potential movement in a denuclearization effort that has stalled since a landmark meeting between Trump and North Korean leader Kim Jong Un in Singapore last year.

Kim Yong Chol and Pompeo, with tight smiles, posed together for photographs at a Washington hotel before holding about 45 minutes of talks that could determine whether the two sides can make headway. There has been no indication of any narrowing of differences over U.S. demands that North Korea abandon a nuclear weapons program that threatens the United States or over Pyongyang’s demand for a lifting of punishing sanctions.

Hours before Kim Yong Chol’s arrival on Thursday, Trump – who declared after the Singapore summit in June that the nuclear threat posed by North Korea was over – unveiled a revamped U.S. missile defense strategy that singled out the country as an ongoing and “extraordinary threat.”

The State Department said after the meeting that Pompeo had a “good discussion” with Kim Yong Chol “on efforts to make progress on commitments President Trump and Chairman Kim Jong Un made at their summit in Singapore.” But it provided no specifics.

After the talks with Pompeo, Kim Yong Chol, a hardline former spy chief, the White House confirmed that he would hold a meeting with the president in the Oval Office later on Friday.

The high-level visit could yield an announcement of plans for a second summit. Both Trump and Kim have expressed an interest in arranging but some U.S.-based analysts say it would be premature due to the lack of obvious progress so far.

Their first meeting produced a vague commitment by Kim to work toward the denuclearization of the Korean peninsula, but he has yet to take what Washington sees as concrete steps in that direction. 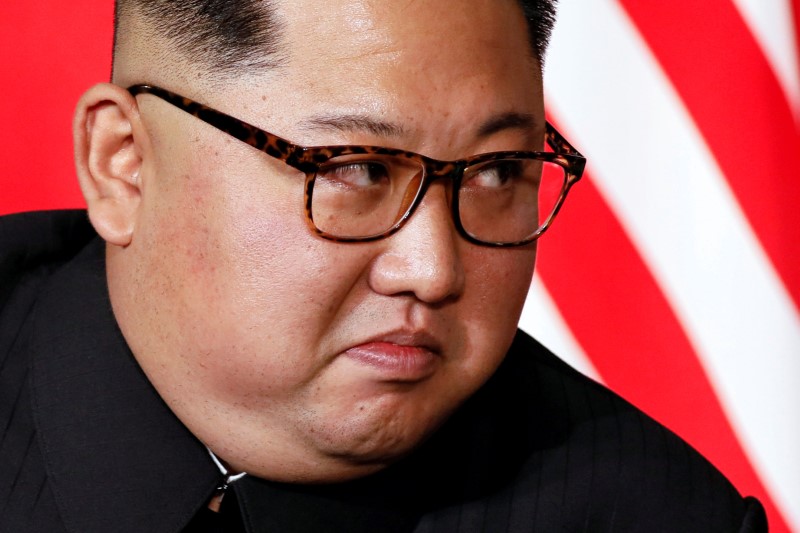 SINGAPORE (Reuters) – Less than two months after a landmark U.S.-North Korea summit in Singapore, U.S. Secretary of State Mike Pompeo flew back to the city-state on Friday and said North Korea’s continued work on weapons programs was inconsistent with its leader’s commitment to denuclearize.

Pompeo was asked en route to Singapore about his statement in the U.S. Senate last month that North Korea was continuing to make bomb fuel and reports that North Korea, led by Kim Jong Un, was building new missiles. 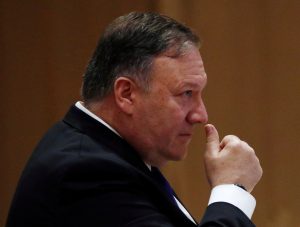 “Chairman Kim made a commitment to denuclearize,” Pompeo told reporters. “The world demanded that they (North Korea) do so in the U.N. Security Council resolutions. To the extent they are behaving in a manner inconsistent with that, they are a) in violation of one or both the U.N. Security Council resolutions and b) we can see we still have a ways to go to achieve the ultimate outcome we’re looking for.”

Pompeo thanked ministers of the Association of Southeast Asian Nations (ASEAN) at a meeting in Singapore for their efforts in enforcing sanctions on North Korea.

In a landmark summit with U.S. President Donald Trump in Singapore on June 12, Kim, who is seeking relief from tough sanctions, committed in a broad statement to work toward denuclearization, but Pyongyang has offered no details as to how it might go about this.

Pompeo told a Senate committee hearing on July 25 that North Korea was continuing to produce fuel for nuclear bombs in spite of its pledge.

The Washington Post reported on Monday that North Korea appeared to be building one or two new liquid-fueled intercontinental ballistic missiles at the research facility, citing unidentified officials familiar with intelligence reporting.

North Korean Foreign Minister Ri Yong Ho is also in Singapore and will attend the same regional meeting as Pompeo on Saturday, but the State Department has not said whether the two will meet.

“China all along has believed that the consensus reached by U.S. and North Korea’s leaders meeting in Singapore is very precious,” Wang told reporters.

“That is, at the same time as realizing denuclearization of the Korean peninsula, to establish a peace mechanism. This direction is without a doubt correct,” he said.

China is North Korea’s most important economic and diplomatic supporter and fought for the North in the 1950-53 Korean War against the U.S.-led United Nations forces that backed South Korea.

Pompeo, who has led the U.S. negotiating effort with North Korea, visited Pyongyang from July 5-7 for inclusive talks aimed at agreeing a denuclearization roadmap. Pompeo said at the time he had made progress on key issues, only for North Korea to accuse his delegation hours later of making “gangster-like” demands.

Trump hailed the Singapore summit as a success and even went as far as saying that North Korea no longer posed a nuclear threat, but questions have been mounting about Pyongyang’s willingness to give up its weapons programs.

Trump has pointed to North Korea’s freeze on nuclear and missile tests and its agreement to return remains of Americans killed in the 1950-53 Korea War.

The White House said on Thursday that Trump had received a letter from Kim and had responded with a note that should be delivered shortly. But it said no second meeting was currently planned. 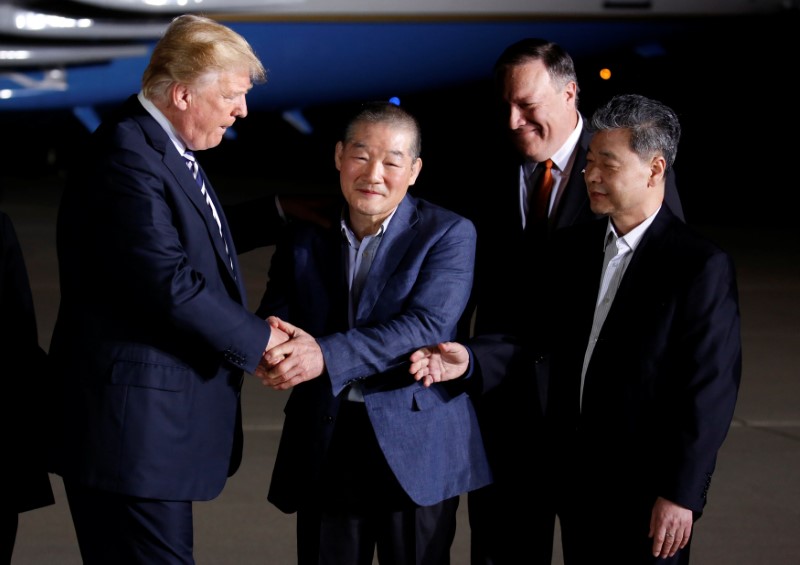 By Roberta Rampton and David Brunnstrom

JOINT BASE ANDREWS, Md./WASHINGTON (Reuters) – President Donald Trump welcomed three Americans who had been held prisoner in North Korea back home on Thursday, thanking its leader Kim Jong Un for their release and sounding upbeat about a planned U.S.-North Korea summit.

The former prisoners, freed after U.S. Secretary of State Mike Pompeo traveled to Pyongyang for a second meeting with Kim in less than six weeks, landed at around 2:40 a.m. (0640 GMT) at Joint Base Andrews near Washington.

Trump and his wife, Melania, boarded the plane for about five minutes before the three men stepped out, shaking hands with the president and waving to media and military personnel.

“Frankly, we didn’t think it was going to happen and it did,” Trump said after thanking Kim for releasing the men.

“We’re starting off on a new footing. This is a wonderful thing that he released the folks early.”

Trump said he believed Kim wanted to bring North Korea “into the real world” and had high hopes for their planned meeting, which would be the first between a serving U.S. president and a North Korean leader.

“I think we have a very good chance of doing something very meaningful,” Trump said. “My proudest achievement will be – this is part of it – when we denuclearize that entire peninsula.”

Trump and Kim engaged in a bellicose exchange of rhetoric last year over North Korea’s development of nuclear missiles capable of reaching the United States. Tensions began to ease, coinciding with the North’s participation in the Winter Olympics in South Korea in February.

There has been no sign that Pompeo’s visit has cleared up the central question of whether North Korea will be willing to bargain away weapons its ruling family has long seen as crucial to its survival.

However, the release of the three men marked a dramatic victory for Trump’s embattled White House at a time when his foreign policy is under withering criticism after Tuesday’s U.S. withdrawal from the Iran nuclear deal.

His administration has also been under fire for ethics violations and a chaotic turnover of personnel, as well as a federal investigation of whether the Trump campaign colluded with Russia to sway the 2016 presidential election. 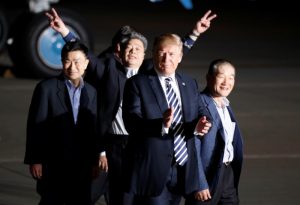 The three Americans formerly held hostage in North Korea gesture next to U.S.President Donald Trump, upon their arrival at Joint Base Andrews, Maryland, U.S., May 10, 2018. REUTERS/Jim Bourg

The arrival of the released prisoners in the dead of night created a made-for-TV moment for Trump, a former reality television host.

“I think you probably broke the all-time-in-history television rating for three o’clock in the morning,” Trump joked to cameras.

Details of the planned Trump-Kim summit have yet to be announced, but a U.S. official, speaking on condition of anonymity, said Singapore had emerged as the likeliest location.

Trump said it would be held in a few weeks and details would be announced within three days.

The three former prisoners were Korean-American missionary Kim Dong-chul, detained in 2015 and sentenced in 2016 to 10 years’ hard labor; Kim Sang-duk, also known as Tony Kim, who taught for a month at the foreign-funded Pyongyang University of Science and Technology (PUST) before he was arrested in 2017; and Kim Hak-song, who also taught at PUST and was detained last year.

They appeared to be in good health but were taken to Walter Reed National Military Medical Center in nearby Maryland for further medical evaluation.

“I was treated in many different ways, but overall I had to do much labor and when I became ill I received some treatment,” Kim Dong-chul said via a translator.

The trio thanked Trump and other officials for bringing them home. “We thank God, and all our families and friends who prayed for us and for our return,” they said in a statement released as their plane made a stop in Alaska.

Until now, the only American released by North Korea during Trump’s presidency was Otto Warmbier, a 22-year-old university student who returned home in a coma last summer after 17 months in prison and died days later. His death escalated U.S.-North Korea tensions.

Trump said he wanted to pay his “warmest respects” to Warmbier’s parents.

North Korean state media said the three were arrested either for subversion or “hostile acts” against the government. A North Korean official told Pompeo that Kim had granted the three “amnesty,” a senior U.S. official said.

The release appeared to signal an effort by Kim to improve the mood for the summit and followed a recent pledge to suspend missile tests and shut a nuclear bomb test site.

Trump has credited his “maximum pressure” campaign for drawing North Korea to the table and vowed to keep sanctions in place until Pyongyang takes concrete steps to denuclearize.

But former spy chief Kim Yong Chul, director of North Korea’s United Front Department, said in a toast to Pompeo over lunch in Pyongyang: “We have perfected our nuclear capability. It is our policy to concentrate all efforts into economic progress … This is not the result of sanctions that have been imposed from outside.”

Bonnie Glaser, an Asia expert at Center for Strategic and International Studies, said that while the release of the detainees was not an explicit precondition for a Trump-Kim meeting, the North Koreans understood that they had to do it for any progress to be made.

“The North Koreans have still said nothing to indicate that they are willing to give up their nuclear weapons” she said.

“We have no clarity about Kim’s intentions.”

Vice President Mike Pence echoed that caution, even while praising Kim for making moves toward peace.

“What Kim Jong Un has said publicly and in discussions is that he is prepared to negotiate to achieve complete denuclearization of the Korean Peninsula,” Pence told the CBS “This Morning” program on Thursday. “Those words are important, but we’ll see what they mean.”