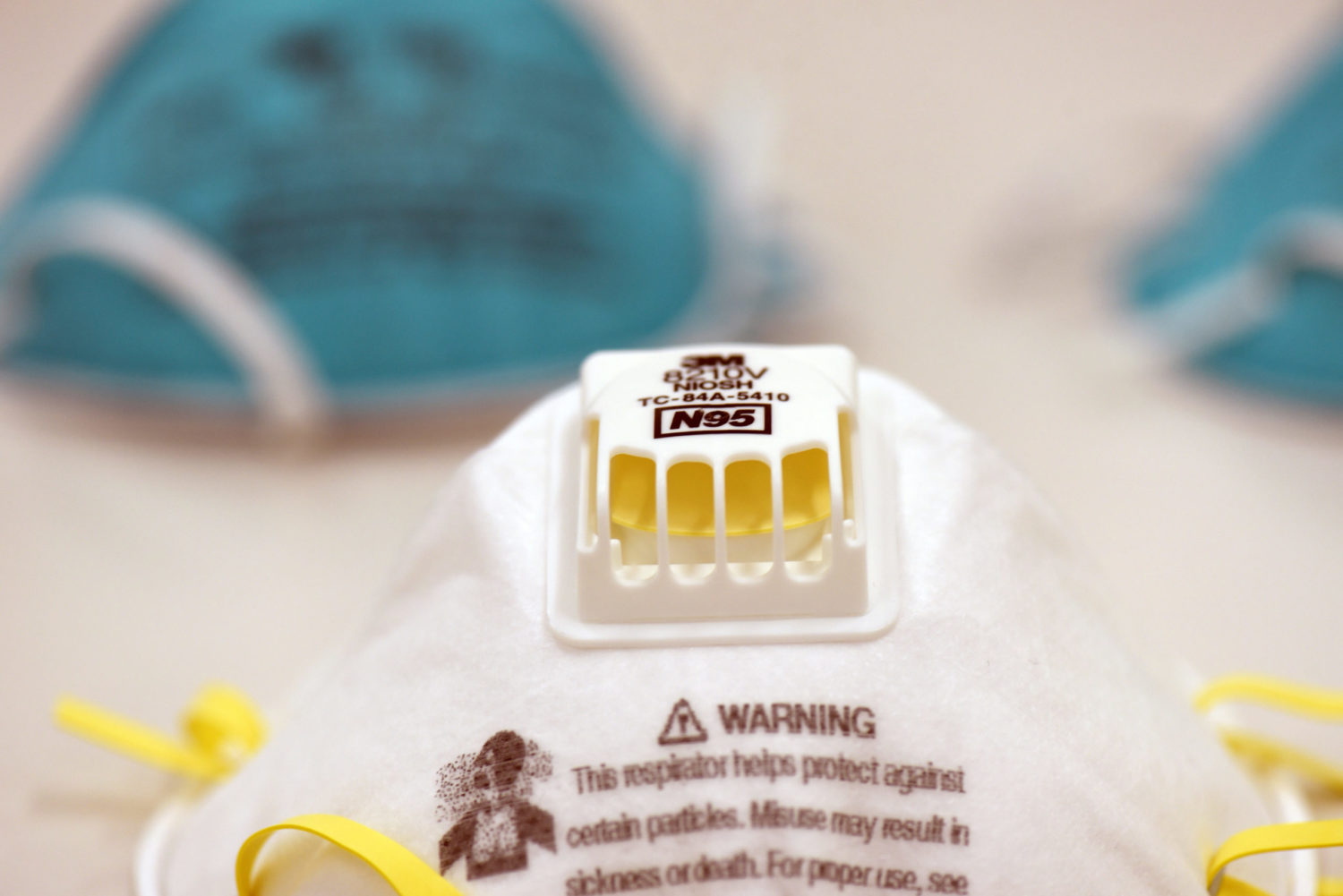 (Reuters) – Two Houston-area men have been criminally charged with trying to fraudulently sell 50 million N95 respirator masks they did not actually possess to a foreign government at an inflated $317.6 million price, the U.S. Department of Justice said on Tuesday.

Paschal Eleanya, 46, and Arael Doolittle, 55, were accused of negotiating to sell the masks at five times the list prices set by the manufacturer, 3M Co.

According to a Nov. 19 indictment, the defendants expected to personally collect as much as $275 million from the transaction, with the remaining money going to their “broker” and the government’s own representatives.

The U.S. Secret Service broke up the transaction before it was completed, according to the indictment, which includes text messages from both defendants.

Eleanya and Doolittle were charged with two counts of wire fraud, each of which carries a maximum 20-year prison term, and conspiracy.

The Justice Department did not identify the foreign government. It said Eleanya turned himself in to authorities, while Doolittle is scheduled to be arraigned on Wednesday.

Doolittle was separately charged last month with trying to defraud 21 investors out of $1.2 million in oil and gas transactions. He has pleaded not guilty in that case.

3M, the world’s largest maker of N95 masks, has filed at least 19 civil lawsuits to stop price-gouging, counterfeiting and other improper sales practices for its masks.

Most of 3M’s N95 masks cost less than $2, and the St. Paul, Minnesota-based company has pledged not to raise prices because of the coronavirus pandemic. 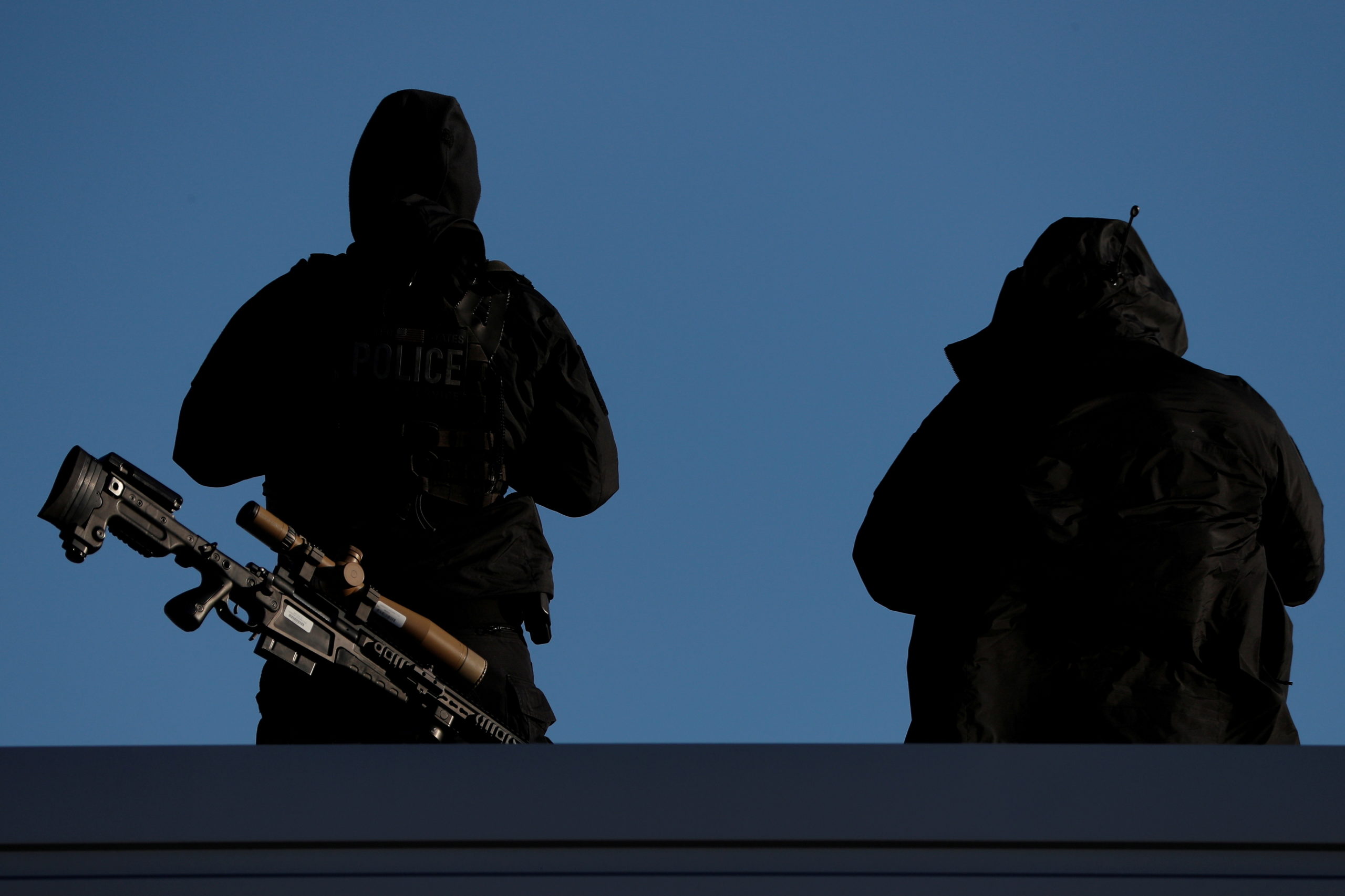 WASHINGTON (Reuters) – Dozens of U.S. Secret Service officers assigned to protect President Donald Trump have been sidelined by COVID-19, the Washington Post and New York Times reported on Friday as the coronavirus outbreak spread at the White House.

Two U.S. government sources familiar with the situation confirmed to Reuters that Secret Service officers had tested positive for the virus but did not provide a specific number. One of the sources said a larger number of officers who had not tested positive had gone into quarantine as a protective measure.

The Post did not say how many officers tested positive for the virus versus those who had to isolate because of close contact with an infected co-worker. It said about 10% of the core security team had been sidelined.

The New York Times reported that at least 30 uniformed Secret Service officers recently tested positive for the virus, and that around 60 were asked by the agency to quarantine themselves.

Secret Service representatives declined to give a tally of officers affected. White House spokesman Judd Deere referred questions to the Secret Service, but told the Post separately that the administration took every case seriously.

The outbreak, which the Post said was at least partly linked to a series of Trump rallies before the Nov. 3 election, comes roughly a month after the president himself contracted COVID-19 and was flown to a U.S. military hospital for days of treatment.

COVID-19 has also infected a number of other top officials in the White House, top administration officials and Cabinet members and Trump campaign aides. None has died.

Others to have contracted the virus include U.S. Department of Housing and Urban Development Secretary Ben Carson and, according to a source familiar with the matter, Trump campaign adviser Corey Lewandowski.

U.S. House of Representatives Speaker Nancy Pelosi, who has repeatedly criticized the White House and the president over their handling of the pandemic, told reporters the latest outbreak was further proof of “Trump’s reckless campaign schedule.” 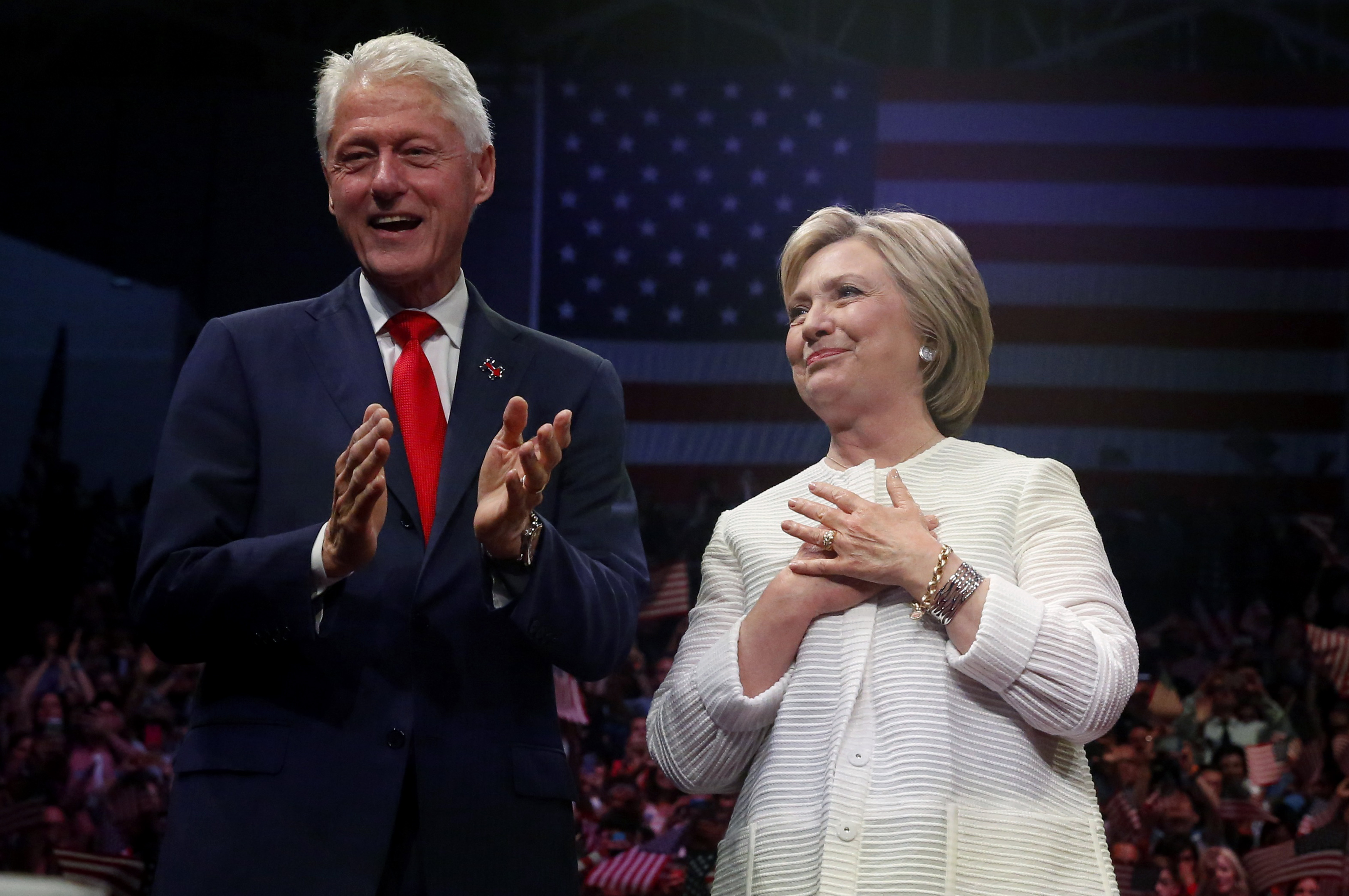 By Makini Brice and Gabriella Borter

A suspicious package addressed to the White House was intercepted at an off-site facility, the source told Reuters.

The suspicious packages sent to the two top Democrats as well as a bomb sent to one of their major donors came roughly two weeks ahead of the high-stakes Nov. 6 election that will determine whether Republicans maintain control of Congress in a nation that has become deeply polarized.

The package to Clinton was found late Tuesday while the one addressed to Obama was found early Wednesday, both during routine mail screenings, the Secret Service said. Both Obama and Clinton were not at risk, they added.

The White House, in a statement, condemned the attempted attacks on Obama and Clinton.

“These terrorizing acts are despicable, and anyone responsible will be held accountable to the fullest extent of the law,” White House spokeswoman Sarah Sanders said. “The United States Secret Service and other law enforcement agencies are investigating and will take all appropriate actions to protect anyone threatened by these cowards.”

The FBI said it was investigating the packages.

“The packages were immediately identified during routine mail screening procedures as potential explosive devices and were appropriately handled as such,” the Secret Service said in a statement.

The package addressed to Clinton at her home in the New York suburb of Chappaqua was an explosive device, the New York Times reported.

The discovery of the packages came after a small bomb was found earlier this week at the home of billionaire liberal donor George Soros in the New York City suburb of Katonah, about 10 miles from the Clintons’ home.

“Nothing made it to their home,” Bill Clinton’s spokesman said in an email. A spokesman for Hillary Clinton referred queries to the Secret Service statement.

Chappaqua police said authorities in New Castle assisted the FBI, the Secret Service and Westchester County police with the investigation into the package sent to Clinton.

“The matter is currently under federal investigation,” the police said in a statement, referring questions to the FBI.

The device sent to Clinton was similar to the one found on Monday at Soros’ home, the Times reported, citing a law enforcement official.

(Reporting by Makini Brice and Steve Holland in Washington and Gabriella Borter in New York; Additional reporting by Subrat Patnaik in Bengaluru; Writing by Susan Heavey; Editing by Jeffrey Benkoe)