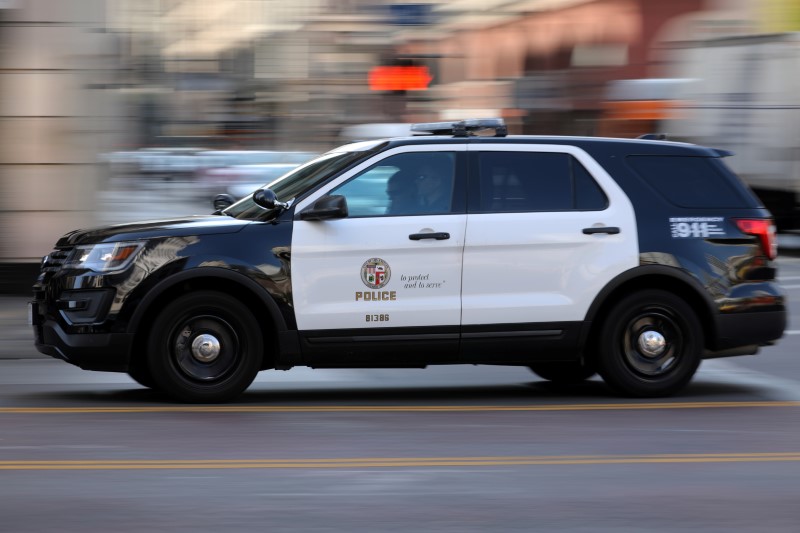 LOS ANGELES (Reuters) – The Los Angeles Police Department will investigate allegations of misconduct against at least one officer, the department said on Friday, after an attorney said video captured police putting cocaine in his client’s wallet before arresting him.

The allegations threaten to embarrass the Los Angeles Police Department (LAPD) at a time when civil rights activists, such as the American Civil Liberties Union, are pressuring it to more routinely release body-camera footage.

“The LAPD takes all allegations of misconduct seriously and, as in all cases, will conduct a thorough investigation to determine whether the alleged actions are supported by reliable evidence,” the department said in a statement.

Body-camera footage played in court on Thursday showed police planting drugs on an African-American man when they detained him after a vehicle collision in April, said Steve Levine, the man’s attorney.

The man, Ronald Shields, 52, was arrested and charged with possession of cocaine, illegally having a gun in his car and a hit-and-run vehicle collision, Levine said.

In body-camera video from one officer, which was shown on CBS 2, the officer appeared to pick up a small bag of white powder from the street and tuck it into the suspect’s wallet.

The same officer could also be seen and heard approaching other officers to tell them cocaine was found in the wallet.

“I still don’t understand why he did it, other than maybe he just wanted to brag about it and move his career along at my client’s expense,” Levine said by phone.

The police report for the arrest said the cocaine was found in the suspect’s front pocket, not the wallet, according to CBS 2, which showed the document.

Levine could not provide the full name of the officer who he said was caught on video putting the bag of white powder in the suspect’s wallet. The attorney added he believes multiple officers were complicit.

“A criminal defense attorney’s selective use of body worn camera footage does not tell the entire story,” it said. “We believe the truth will be uncovered upon the completion of the internal review and we believe the officers will be vindicated.”

In Baltimore this year, prosecutors re-examined dozens of cases and dismissed some after body-worn camera footage showed police officers apparently staging the discovery of evidence. 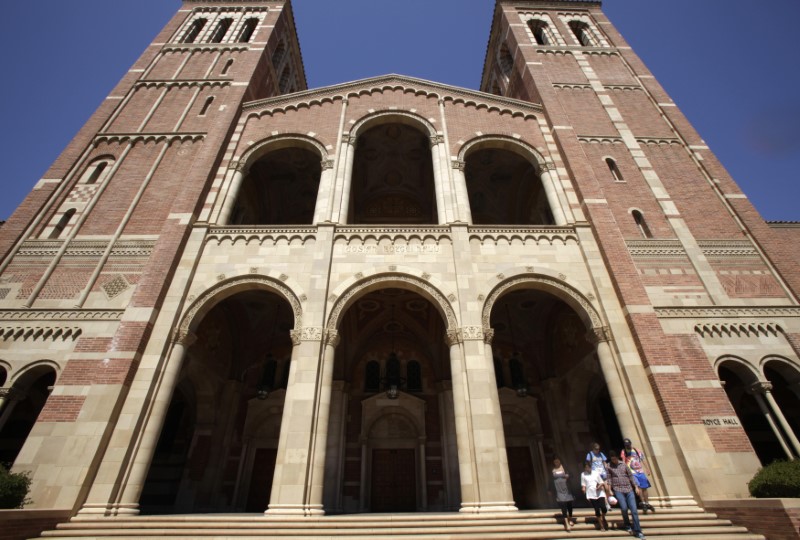 (Reuters) – The University of California Los Angeles allowed students to go back to their dormitories and resume activities early on Thursday, hours after a bomb threat forced the evacuation of campus buildings, the school said on social media.

The school said that emergency operations ended at about 12:15 a.m. Thursday, about two hours after a bomb threat was reported at the Sunset Recreation center, the university’s alert system said in a series of Tweets.

“ALL CLEAR. Resume normal activities, please use caution and increase your awareness,” the school said on the social media platform.

Josh Harmon, 16, a pre-college student at the university said he was one of about 2,500 people who were evacuated from dormitories and campus buildings to Drake Stadium, one of the school’s sports arenas.

“A lot of people are on their phones. It’s pretty relaxed,” he said in a phone interview with Reuters during the evacuation.

A deadly superbug has killed two people at UCLA’s Ronald Reagan Medical Center and at least 180 patients have been exposed to the deadly bacteria.

The two dead are among seven patients who have the drug-resistant superbug known as CRE.  The outbreak is the latest in a string of incidents across the U.S.

The bacteria, if it spreads to a patient’s bloodstream, can kill up to 50% of patients.

The bacteria reportedly spread through two improperly cleaned endoscopes.  The scopes are used on 500,000 patients annually to treat diseases from cancers to gallstones.   Medical experts say because of their design they are difficult to clean.

UCLA says it notified public health authorities immediately wen they discovered the bacteria in a patient.

One hospital safety consultant said that current outbreak is unprecedented.

“These outbreaks at UCLA and other hospitals could collectively be the most significant instance of disease transmission ever linked to a contaminated reusable medical instrument,” Lawrence Muscarella said.

Last month, 32 patients were sickened by a bacteria similar to CRE at Virginia Mason Medical Center in Seattle.  Eleven of those patients died from the illness.

After Duke University reversed a decision to allow Muslims to broadcast their call to prayer from a bell tower, it’s been revealed that Muslims at UCLA have been broadcasting their call at UCLA.

The Islamic Student Association at UCLA broadcast the call to prayer near the Sunset Boulevard athletic field according to the video posted on YouTube.  The students told their prayer inside the John Wooden Center.

Christian activists say while the Duke situation gained national attention, incidents like UCLA have been happening under-the-radar for years.

“The call to prayer is something that is blasted over loudspeakers in Muslim majority countries and Muslim enclaves around Detroit,” wrote Carol Brown of American Thinker, a blog that discusses the important issues of the United States. “We’ve already heard enough ‘Allahu Akbar’ for a lifetime.”

Many groups are wondering about the accommodation to Muslims that is not permitted to other religions on campuses.  Several groups pointed out that UCLA has been a very anti-Christian campus with students who have taken bold anti-Christian actions.