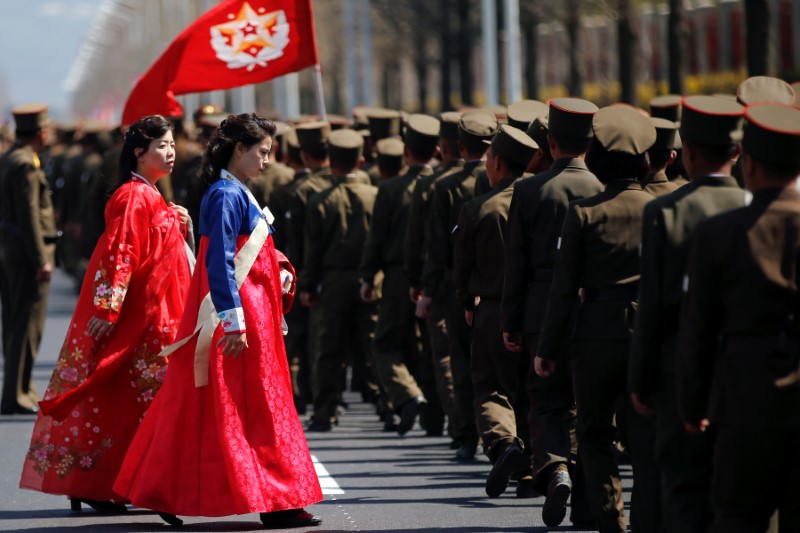 GENEVA (Reuters) – North Korean women are deprived of education and job opportunities and are often subjected to violence at home and sexual assault in the workplace, a U.N. human rights panel said on Monday.

After a regular review of Pyongyang’s record, the U.N. Committee on the Elimination of Discrimination against Women also voiced concern at rape or mistreatment of women in detention especially those repatriated after fleeing abroad.

North Korean women are “under-represented or disadvantaged” in tertiary education, the judiciary, security and police forces and leadership and managerial positions “in all non-traditional areas of work”, the panel of independent experts said.

“The main issue is first of all the lack of information. We have no access to a large part of laws, elements and information on national machinery,” Nicole Ameline, panel member, told Reuters. “We have asked a lot of questions.”

North Korea told the panel on Nov. 8 that it was working to uphold women’s rights and gender equality but that sanctions imposed by major powers over its nuclear and missile programs were taking a toll on vulnerable mothers and children.

Domestic violence is prevalent and there is “very limited awareness” about the issue and a lack of legal services, psycho-social support and shelters available for victims, the panel said.

It said economic sanctions had a disproportionate impact on women. North Korean women suffer “high levels of malnutrition”, with 28 percent of pregnant or lactating women affected, it said.

“We have called on the government to be very, very attentive to the situation of food and nutrition. Because we consider that it is a basic need and that the government has to invest and to assume its responsibilities in this field,” Ameline said.

“Unfortunately I am not sure that the situation will improve very quickly.”

The report found that penalties for rape in North Korea were not commensurate with the severity of the crime, which also often goes unpunished. Legal changes in 2012 lowered the penalties for some forms of rape, including the rape of children, rape by a work supervisor and repeated rape.

This has led to reducing the punishment for forcing “a woman in a subordinate position” to have sexual intercourse from four years to three years, the report said.

It said women trafficked abroad and then returned to North Korea, are reported to be sent to labor training camps or prisons, accused of “illegal border crossing”, and may be exposed to further violations of their rights, including sexual violence by security officials and forced abortions. 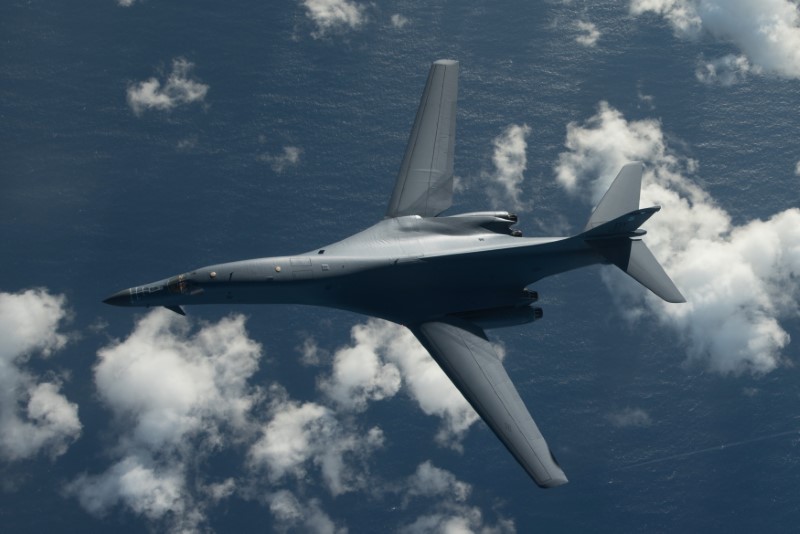 By James Pearson and Michelle Nichols

SEOUL/NEW YORK (Reuters) – The United States flew two supersonic B-1B bombers over the Korean peninsula in a show of force on Sunday and the U.S. ambassador to the United Nations said China, Japan and South Korea needed to do more after Pyongyang’s latest missile tests.

North Korea said it conducted another successful test of an intercontinental ballistic missiles (ICBM) on Friday that proved its ability to strike America’s mainland, drawing a sharp warning from U.S. President Donald Trump.

Trump’s ambassador to the United Nations Nikki Haley said on Twitter on Sunday that the United States was “done talking” about North Korea, which was “not only a U.S. problem.”

“China is aware they must act,” Haley said, urging Japan and South Korea to increase pressure and calling for an international solution.

“At the same time, China hopes all parties act with caution, to prevent tensions from continuing to escalate,” China’s foreign ministry said in a statement on Saturday.

Early in his presidency, Trump met with Chinese President Xi Jinping and had expressed hope Beijing would use its economic clout to curb North Korea’s nuclear ambitions.

But on Saturday, Trump said on Twitter that he was “very disappointed in China” which he said profits from trade with the United States but does “NOTHING for us with North Korea, just talk. We will no longer allow this to continue,” he said.

North Korean leader Kim Jong Un personally supervised the midnight test launch of the missile on Friday night and said it was a “stern warning” for the United States that it would not be safe from destruction if it tries to attack, the North’s official KCNA news agency said.

North Korea’s state television broadcast pictures of the launch, showing the missile lifting off in a fiery blast in darkness and Kim cheering with military aides.

The missile test came a day after the U.S. Senate approved a package of sanctions against North Korea, Russia and Iran.

The B-1B flight was a response to the missile test and the July 3 launch of the “Hwasong-14” rocket, the Pentagon said. The bombers took off from a U.S. air base in Guam, and were joined by Japanese and South Korean fighter jets during the exercise, according to the statement.

“If called upon, we are ready to respond with rapid, lethal, and overwhelming force at a time and place of our choosing.”

Also on Sunday, the U.S. Missile Defense Agency announced the United States had successfully shot down a medium-range missile in the latest test of its THAAD missile defense program which is designed to protect the country against potential threats from countries such as North Korea and Iran.

The test was planned well before the rising tensions with North Korea and involved a medium-range missile, not the long-range types being tested by the North Koreans.

Western experts said calculations based on that flight data and estimates from the U.S., Japanese and South Korean militaries showed the missile could have been capable of going as far into the United States as Denver and Chicago.

David Wright of the U.S.-based Union of Concerned Scientists wrote in a blog post that if it had flown on a standard trajectory, the missile would have had a range of 10,400 km (6,500 miles).

U.S. Senator Dianne Feinstein, a leading Democrat on the Senate intelligence committee, said she saw the test as “a clear and present danger to the United States.”

“I think the only solution is a diplomatic one. I’m very disappointed in China’s response, that it has not been firmer or more helpful,” Feinstein told CBS television’s “Face the Nation,” urging the administration to begin talks with the North.

U.S. intelligence officials assess that even if North Korea does develop a reliable, nuclear-capable ICBM, which some say it remains several steps short of doing, the weapon would be almost useless except to deter the conventional attacks that Kim fears.

Intelligence experts have concluded that Kim will not abandon his pursuit of a deliverable nuclear weapon.

“Kim is determined to secure international recognition of the North as a nuclear armed state, for the purposes of security, prestige, and political legitimacy,” says the National Intelligence Council’s January Global Trends report.